With no photographs taken for over 3 weeks I was very keen to try to get out for a while and maybe even pressing that shutter release. With heavy rain expected around lunchtime I headed to Tide Mills and the East Pier hoping for my yearly close encounter with Purple Sandpipers. They are great little characters and can be quite approachable at times. I could see there were 4 or 5 sitting on the top of the pier when I arrived and with a steady approach I was soon photographing them at close range. It was extremely windy on the pier and I was lucky not to lose the hat!! I could see there was also a few Turnstone at the far end of the pier near the fishermen but with heavy clouds building I headed back to the beach. Along here there was a large flock of Ringed Plover with some Turnstone and Dunlin mixed in. Unfortunately these would not allow a close approach so a flight shot was all I could manage. It was then a dash back to the car as the heavy rain arrived. 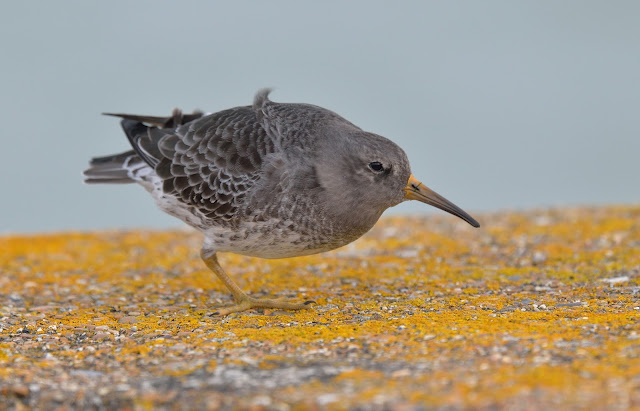 A bit of aerobics!! 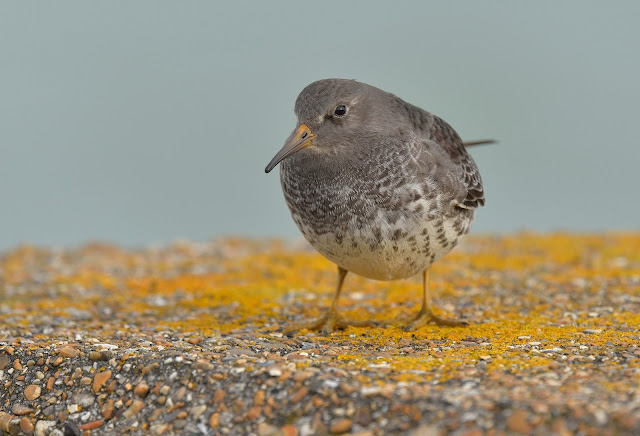 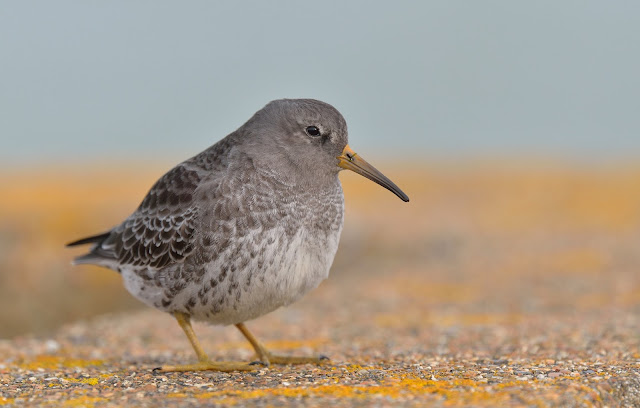 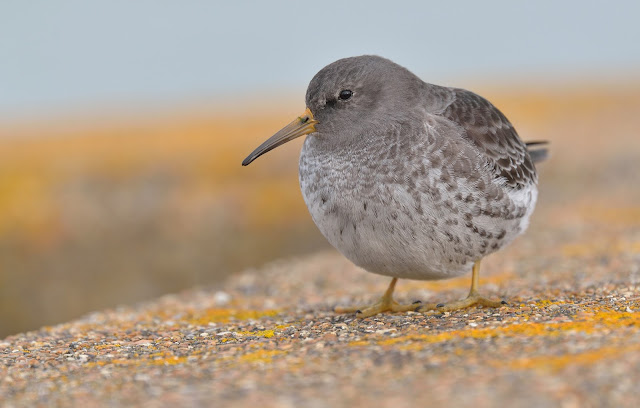 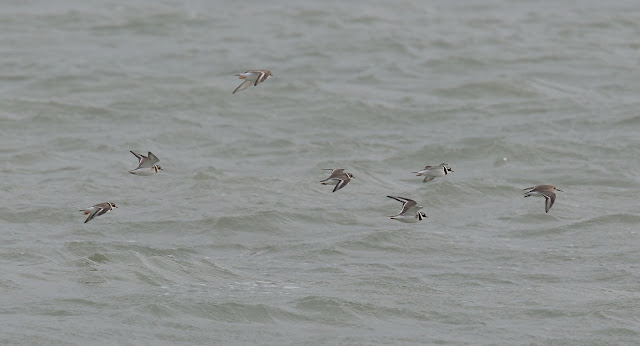 Ringed Plovers being led by a Dunlin. 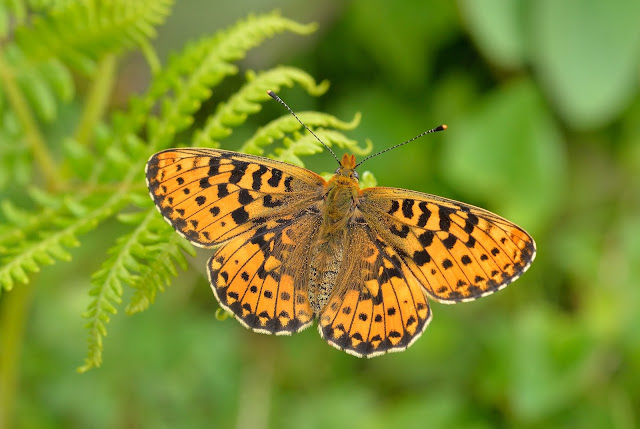 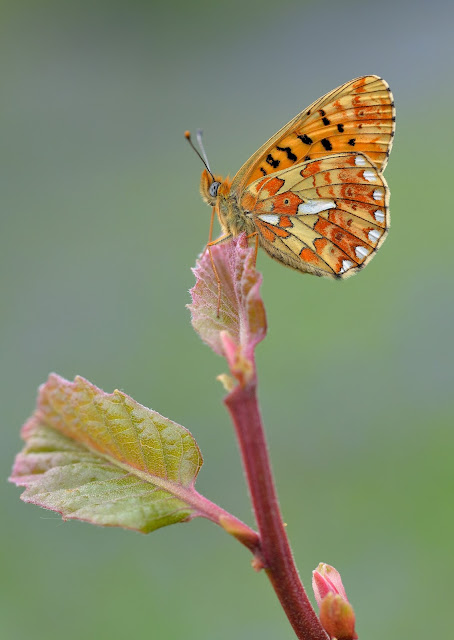 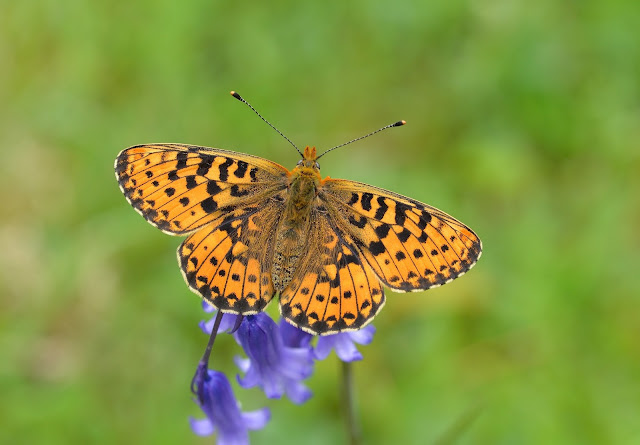 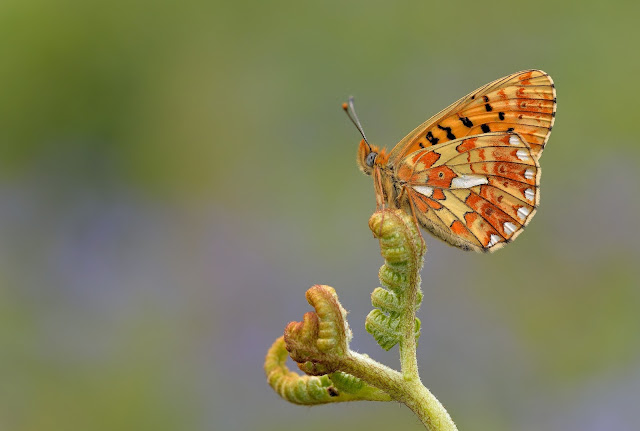 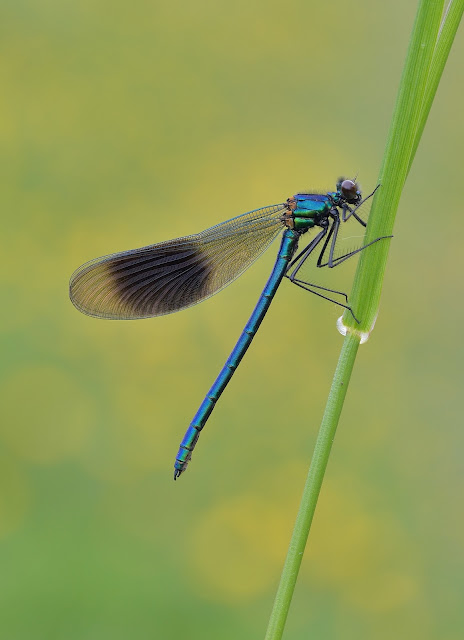 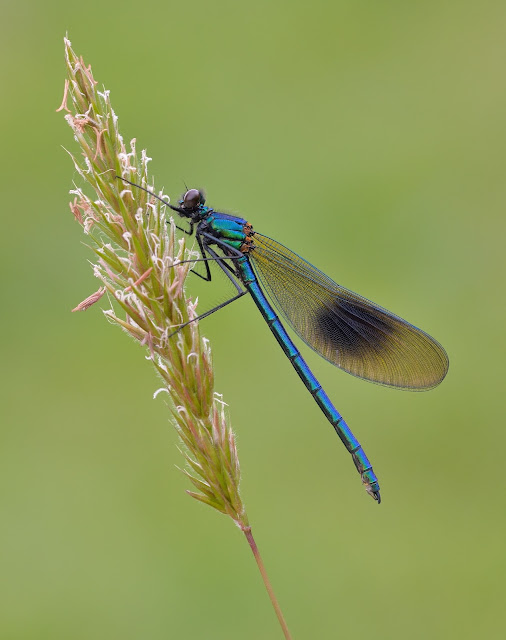 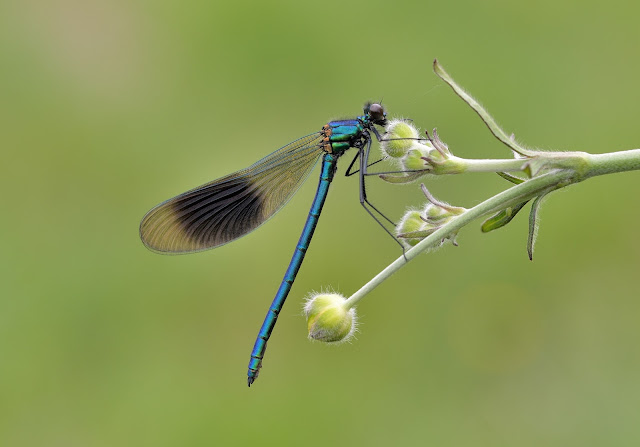 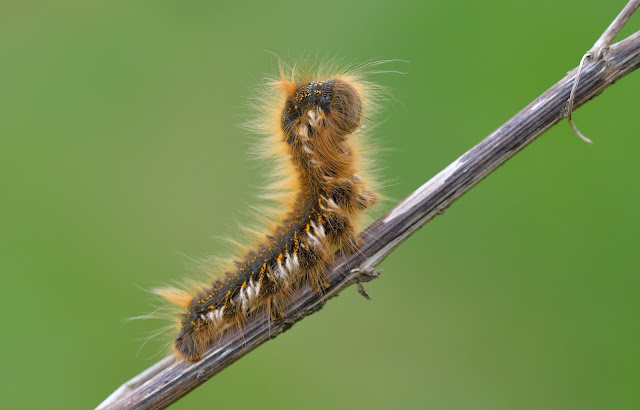 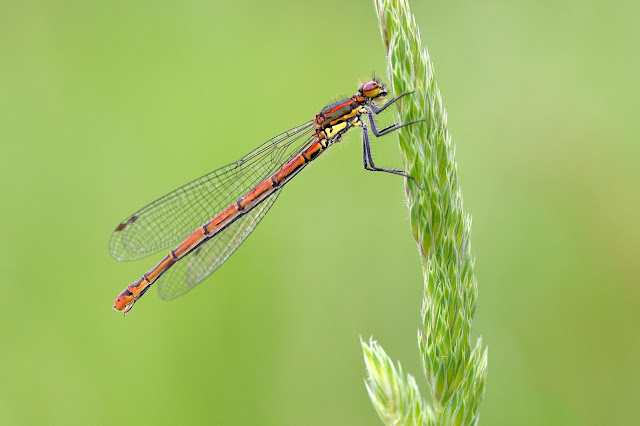 Posted by Bob Eade. at 18:38 2 comments:
Email ThisBlogThis!Share to TwitterShare to FacebookShare to Pinterest

The mild weather is resulting in several surprising sightings this November. Today I met up with Nigel for a stroll over Pevensey Levels where we saw a couple of Red Admirals once the rain had stopped. However, we were certainly not expecting to see any Fen Raft Spiders this late in the season. Looking at an area where some had been seen earlier in the year I was scanning the water foliage with the binoculars when I spotted a young spider. Although it was out in the middle of the ditch I could get a reasonable shot of it with the telephoto lens. It looked really smart amongst all the droplets from the earlier rain. 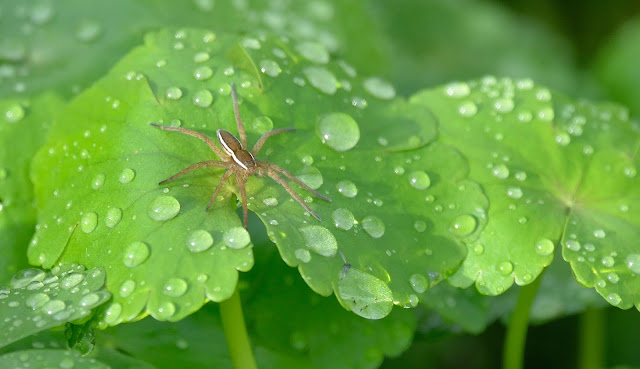 Posted by Bob Eade. at 17:44 2 comments:
Email ThisBlogThis!Share to TwitterShare to FacebookShare to Pinterest 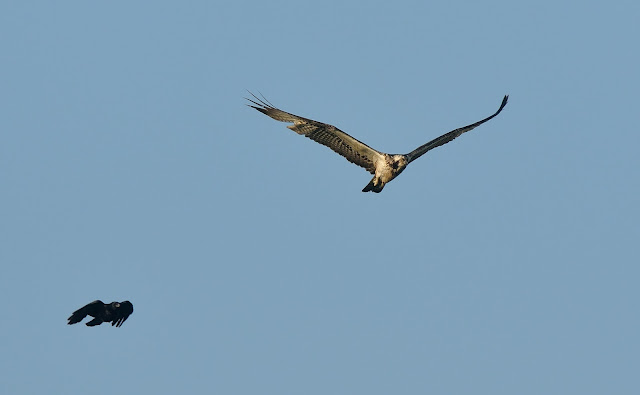 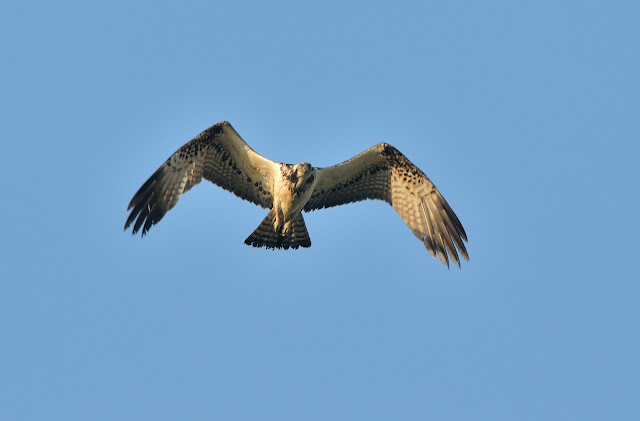 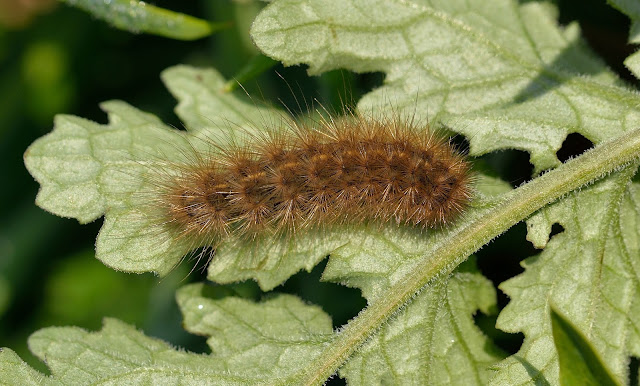 Posted by Bob Eade. at 18:14 No comments:
Email ThisBlogThis!Share to TwitterShare to FacebookShare to Pinterest

With it being November James tried to tempt me over to Brighton for one final hunt for the Long-tailed Blue. Long-tailed Blue have never been seen in Sussex in November before. With it being such a warm sunny day, once the fog had lifted, there was a really good chance of success as a female had been sighted just yesterday at the site. After searching for some time in the long wet grass a call from Mark came in saying he had found one at the other end of the site. We were soon admiring a fresh male. A few people had come from long distance so we made sure everyone had a view of the butterfly. It was not possible of course to get quality pictures with so many people there so I've attached a photo from last Sunday. Sometime later a call came up that another male had been found. This one was sat on the main path where it stayed for sometime before moving along the path settling every now and then. Later it was established that this was actually the same butterfly after close examination of photographs taken. If the mild weather keeps going there will I'm sure be more sightings. However, with 10 seen this year I am happy with what I've seen of the Long-tailed this year. I'm not saying I will not look any further but I'm not going out my way for them now. It really has extended the butterfly year!! 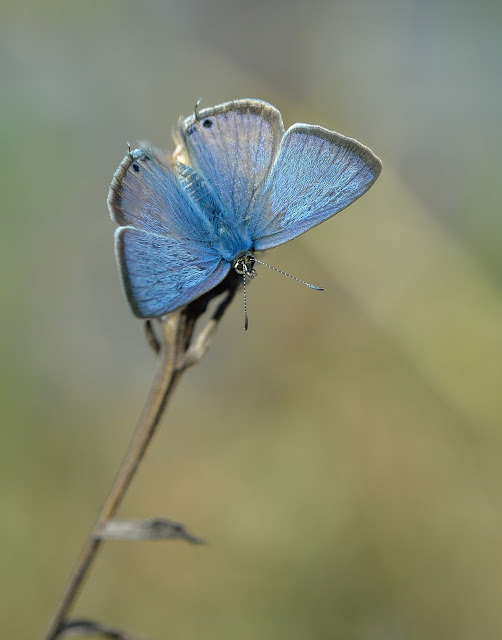 Nigel has now at last started his own blog 'East Sussex Wanderer' that you can link onto via the blogs that I follow. Please take time to check this out and see some great images, especially his Fen Raft Spider sightings.