Three Seasons In One Week.

It certainly has been a strange week with many rarities seen. The week started of course with the Long-tailed Blue, a Mediterranean species and one that gives a Summer feel. 2 Firecrest in the garden on Tuesday, an excellent male Black Redstart on the drive of the house as well as several stunning views of the fabulous Pallas's Warbler in Horseshoe Plantation bringing Autumn back and then this morning Matt found a Snow Bunting up on Seaford Head giving it a Winter feel. Unfortunately the weather this morning was pretty dire and the light was not good, the bird was also not as tame as many Snow Bunting can be but it was still a lovely sight.
An unusual mixture here with another one of Tuesdays' Long-tailed Blue and the Snow Bunting. 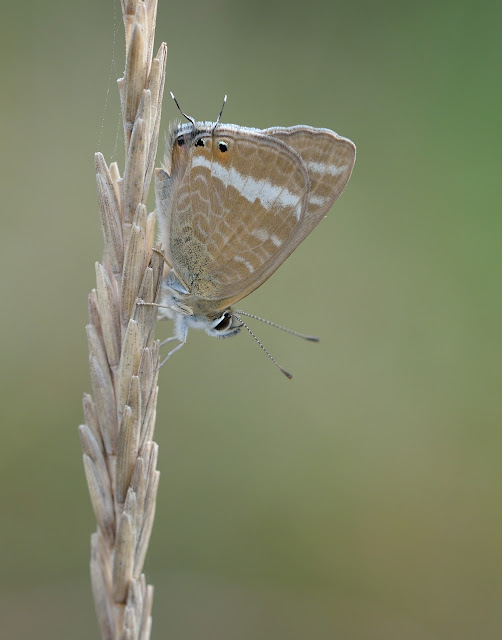 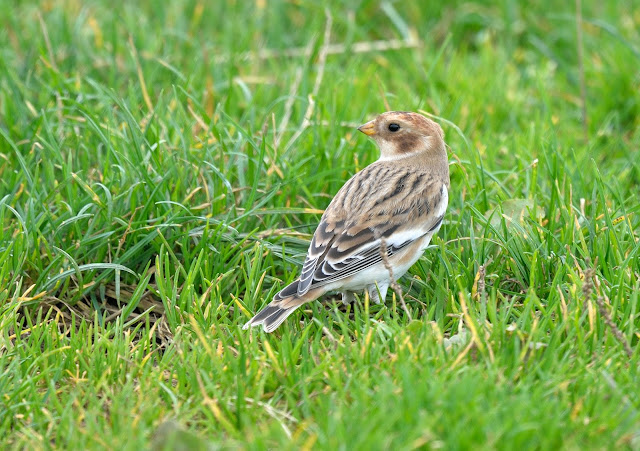 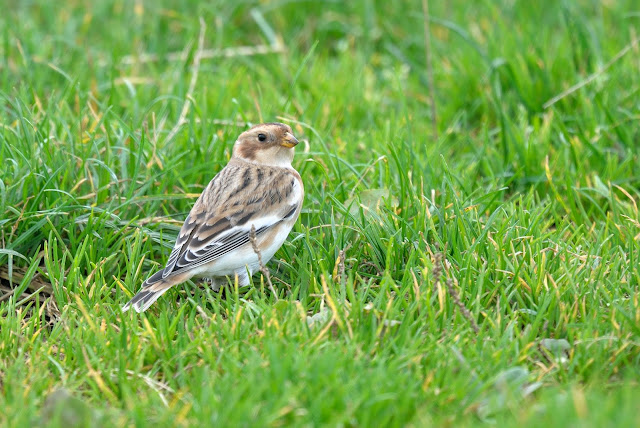 With another male Long-tailed Blue found yesterday I was lucky to catch up with the butterfly and manage a couple of shots. The weather was cool and cloudy as well as being pretty breezy and conditions for photography were extremely poor. However, the shots I got were quite pleasing. 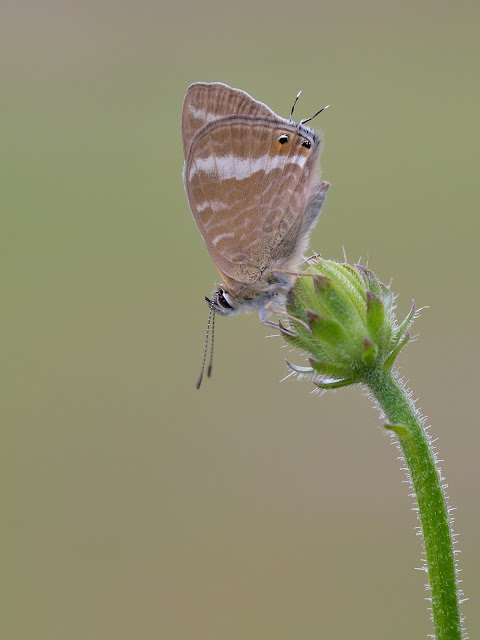 This morning started off really good with 2 magnificent Firecrest moving through the garden. Following this it was back to the Long-tailed Blue where the target was to re-find it and hope to get an open wing shot as the weather warmed up. Meeting James on site it was then waiting for the sun to warm the butterfly up. With it being a warm wind the butterfly did fly a couple of times before settling on some tall grass. As the butterfly then opened its wings it was then a problem with the steady breeze blowing the grass and butterfly about and trying to get some sharp photos. All in all I was very pleased to improve on the shots I managed to get on Sunday. 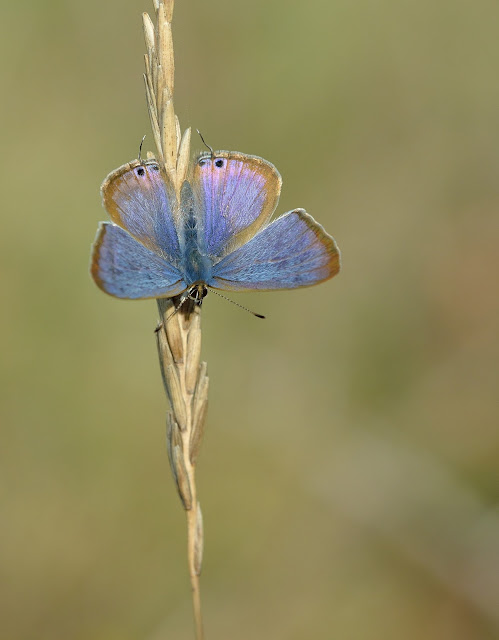 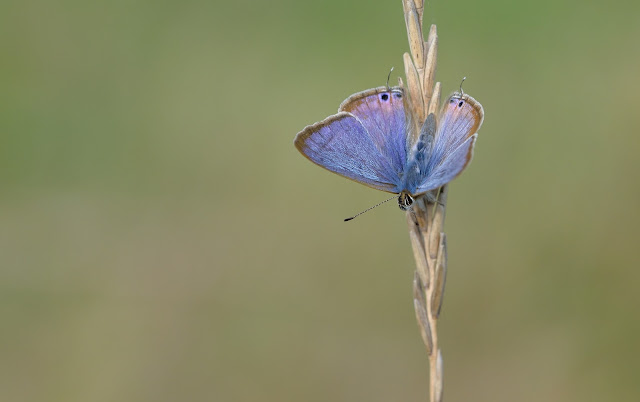 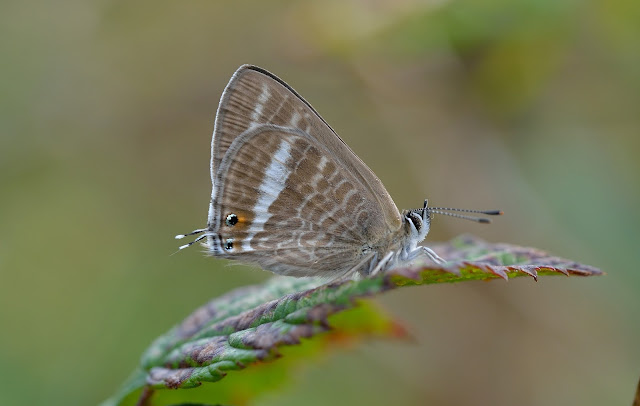 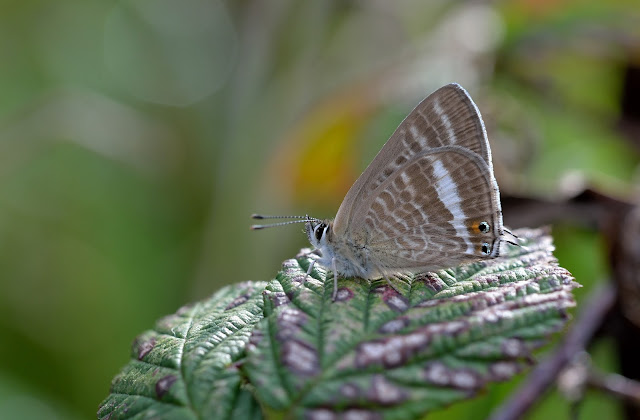 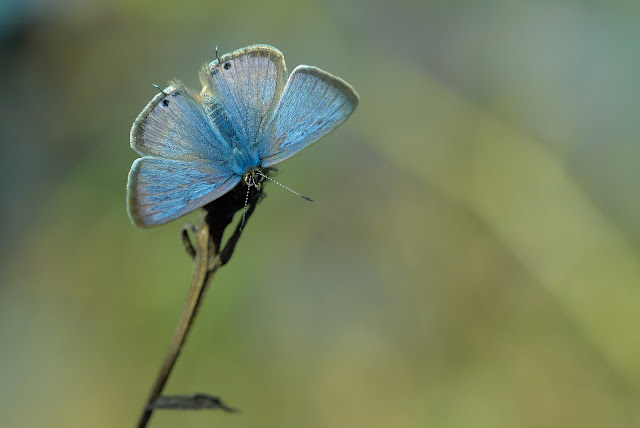 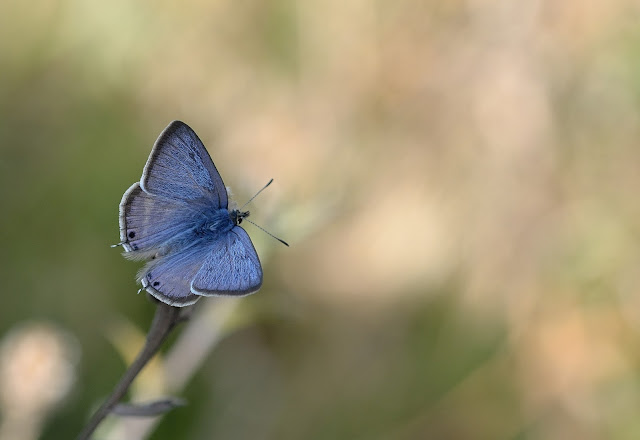 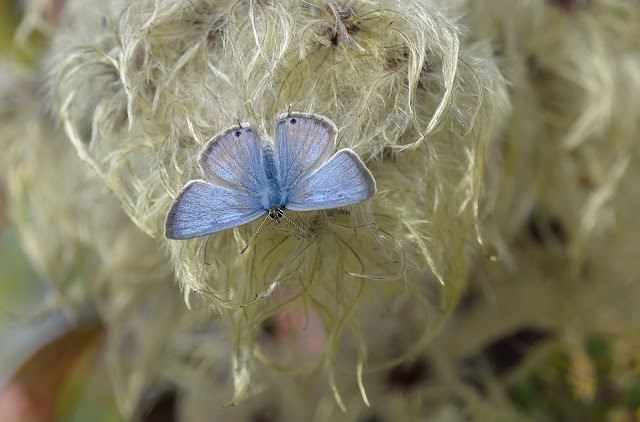 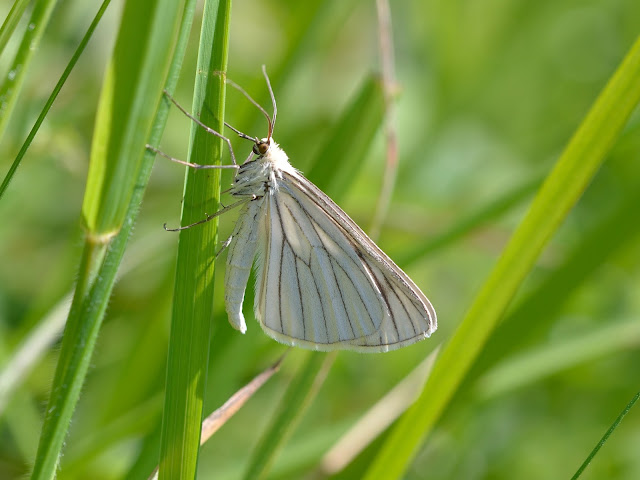 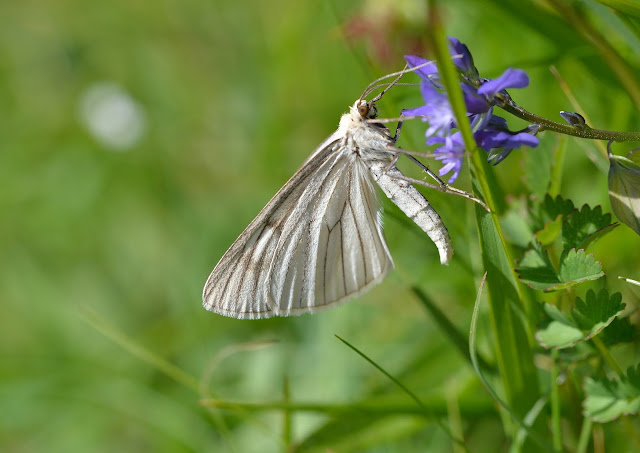 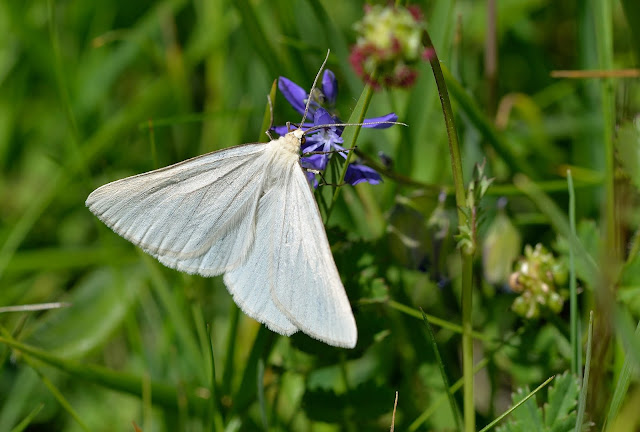 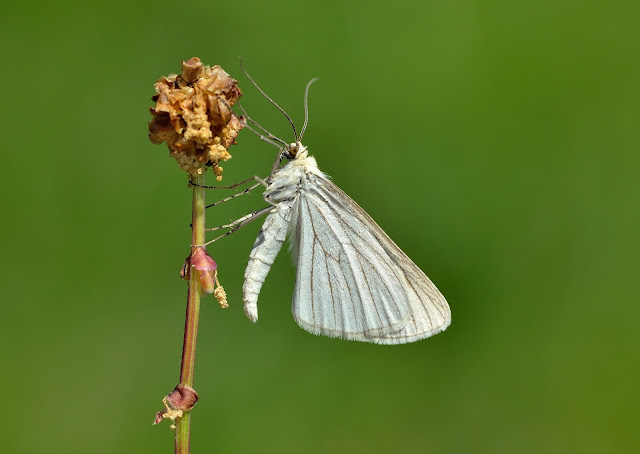 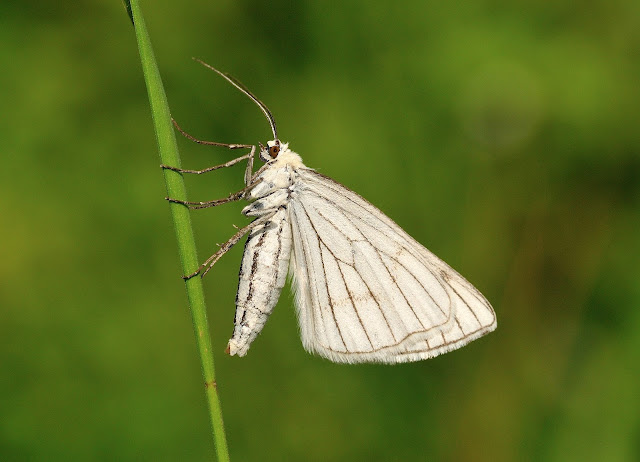