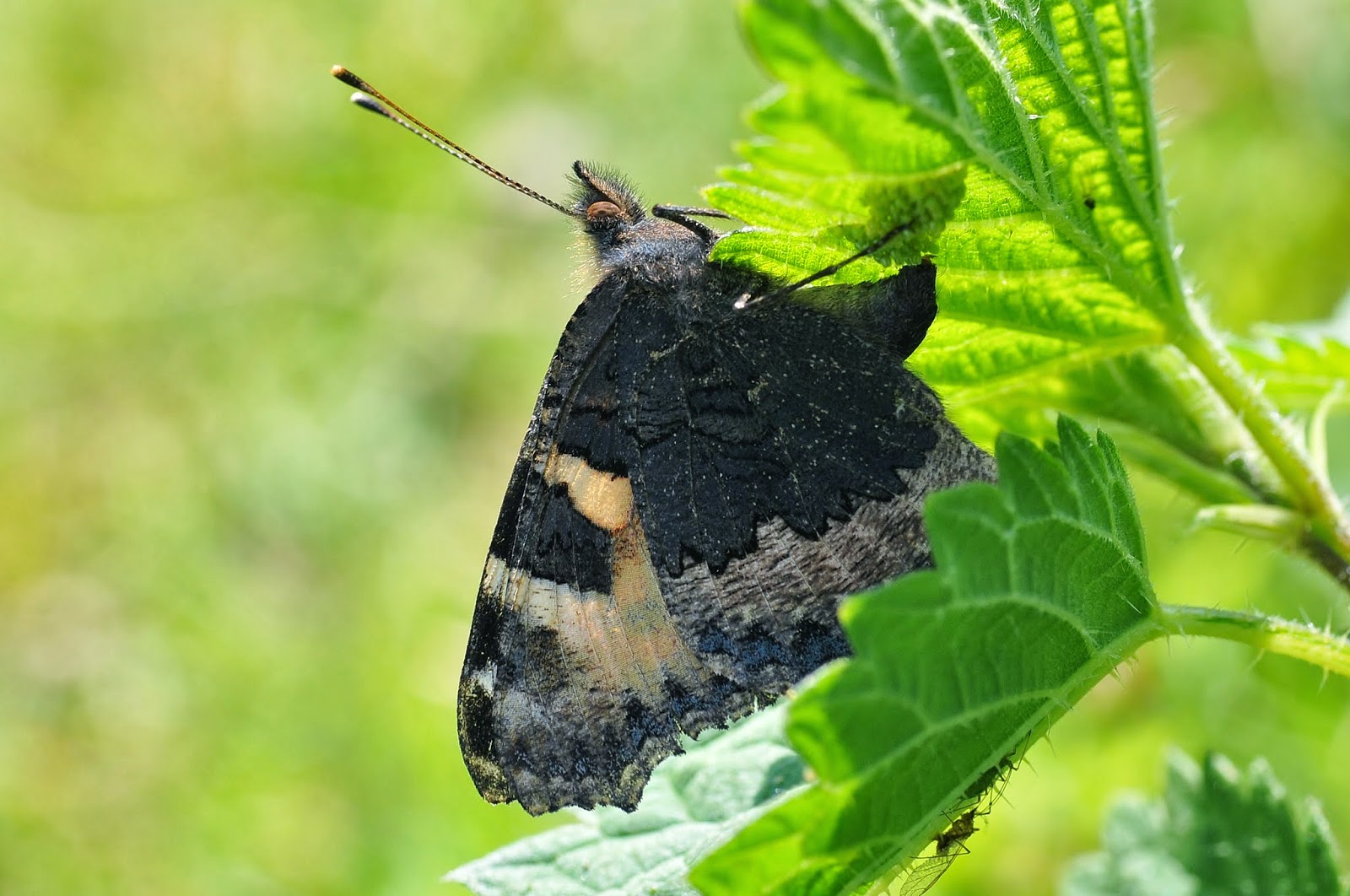 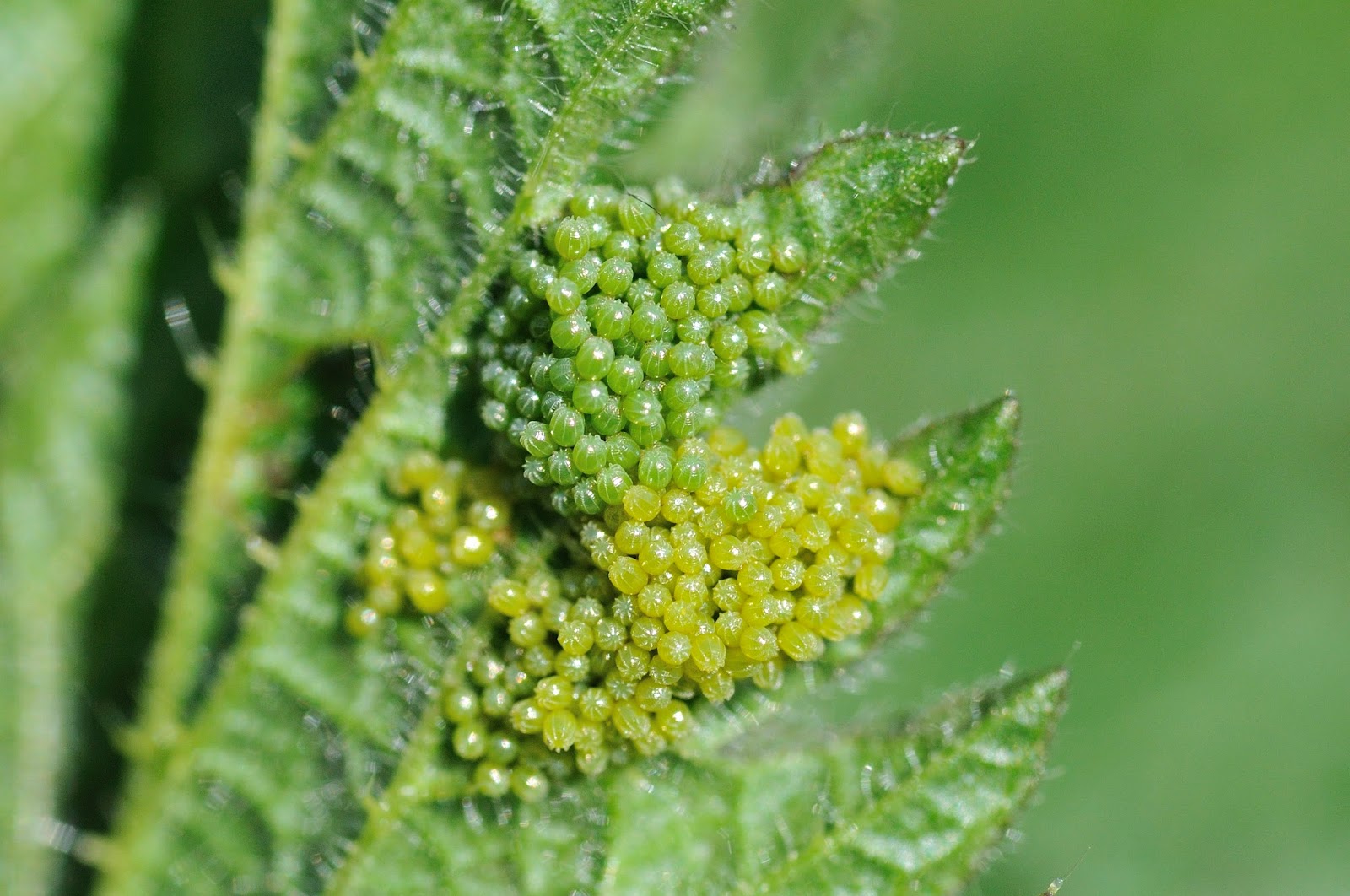 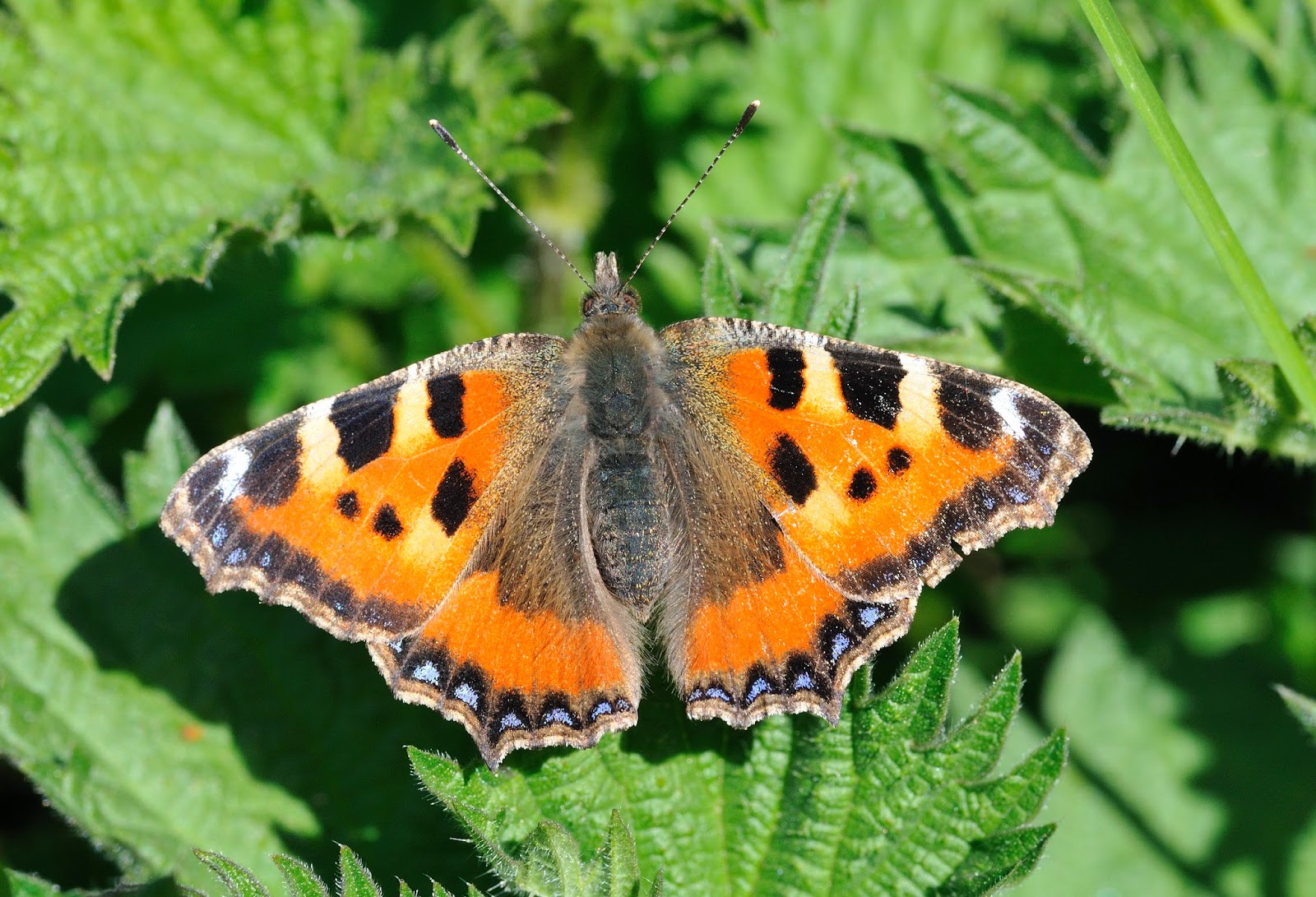 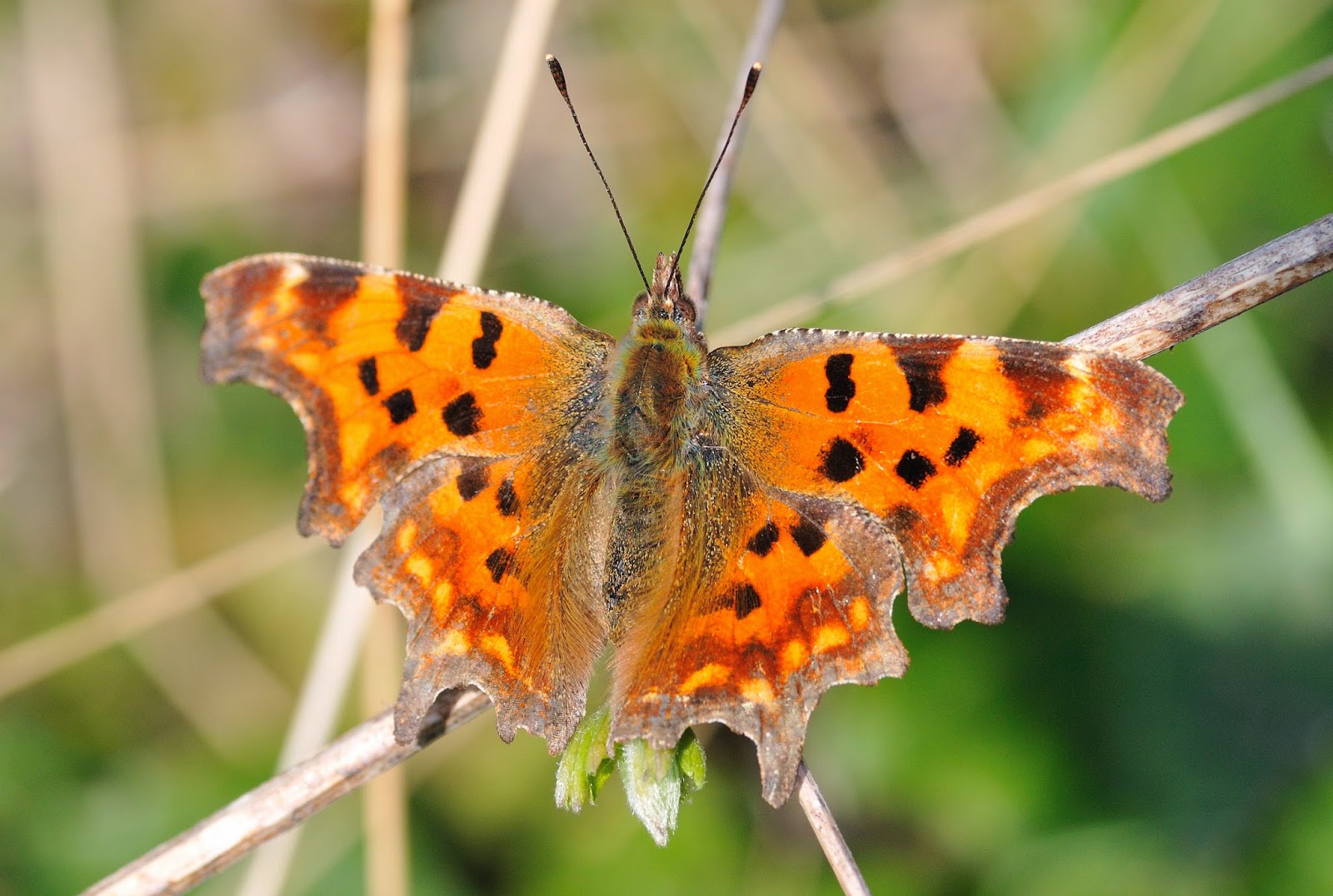 Male Comma.
Posted by Bob Eade. at 15:57 No comments:
Email ThisBlogThis!Share to TwitterShare to FacebookShare to Pinterest

My first trip out for some time following the back problems. It was a trip up to High and Over looking mainly for more Wall Brown larva and anything else that might show up. The larva were not too forthcoming and only 2 were found including the smallest one I have found to date. 5 Small Tortoiseshell and 1 Red Admiral were seen. The highlight was a Short Eared Owl that we put up, it flew off in the direction of Cradle Valley. A fox, 3 Hares and many Newts in the dew pond as well as my first Pyrausta Despicata micro moth of the year were also seen, showing that Spring is just about here. Other evidence of this was lots of Lesser Bloody-nosed Beetles mating in the area. 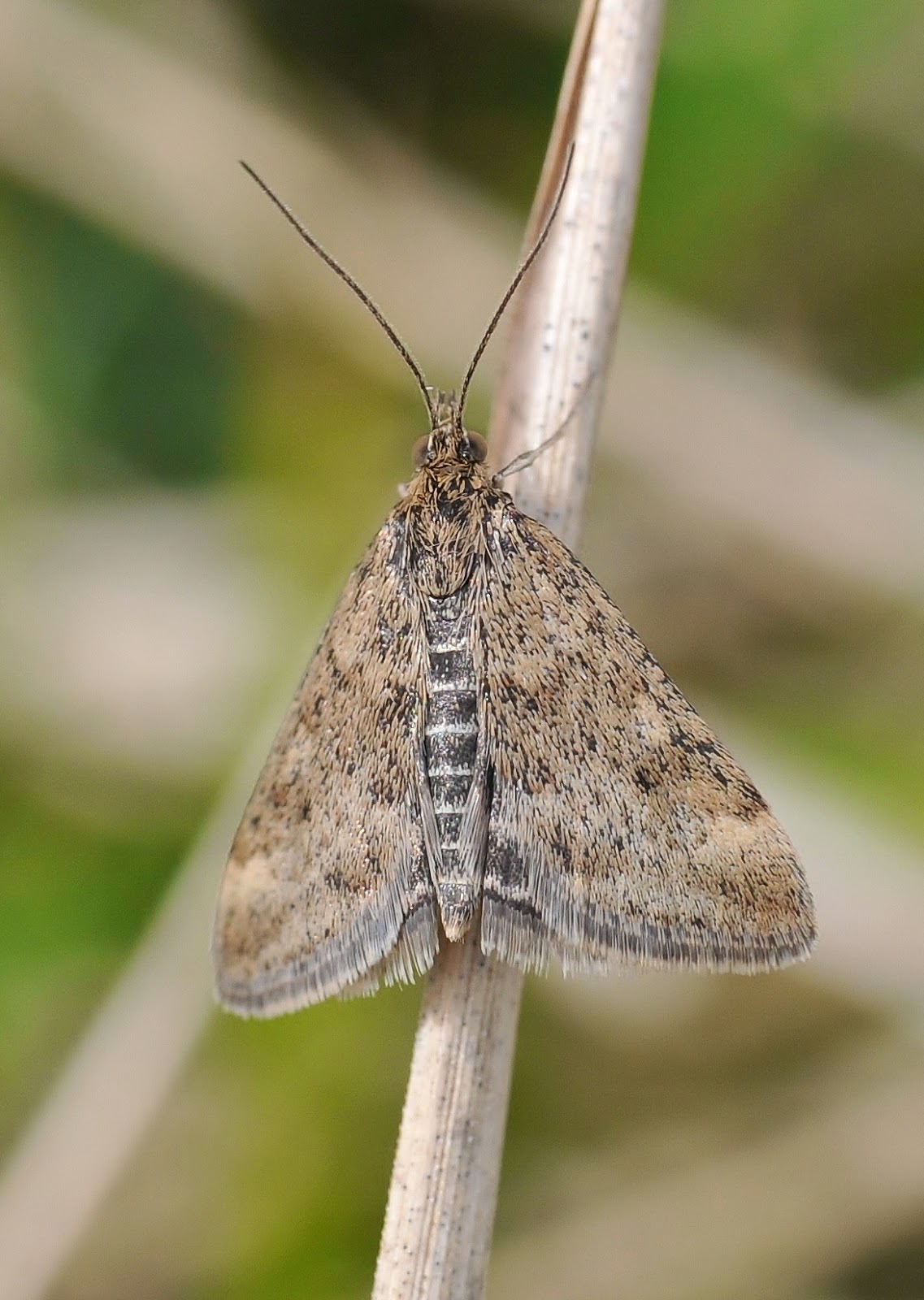 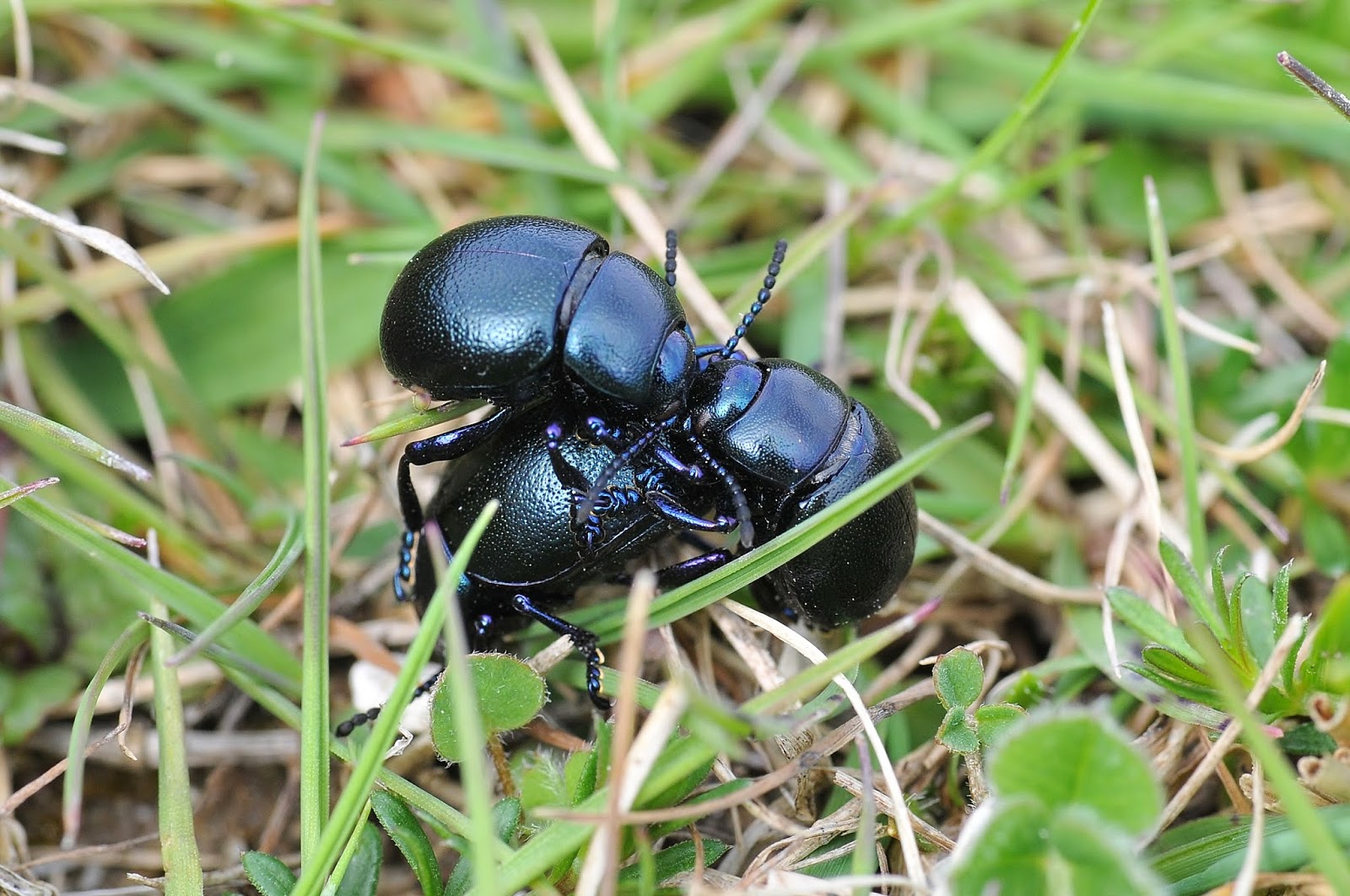 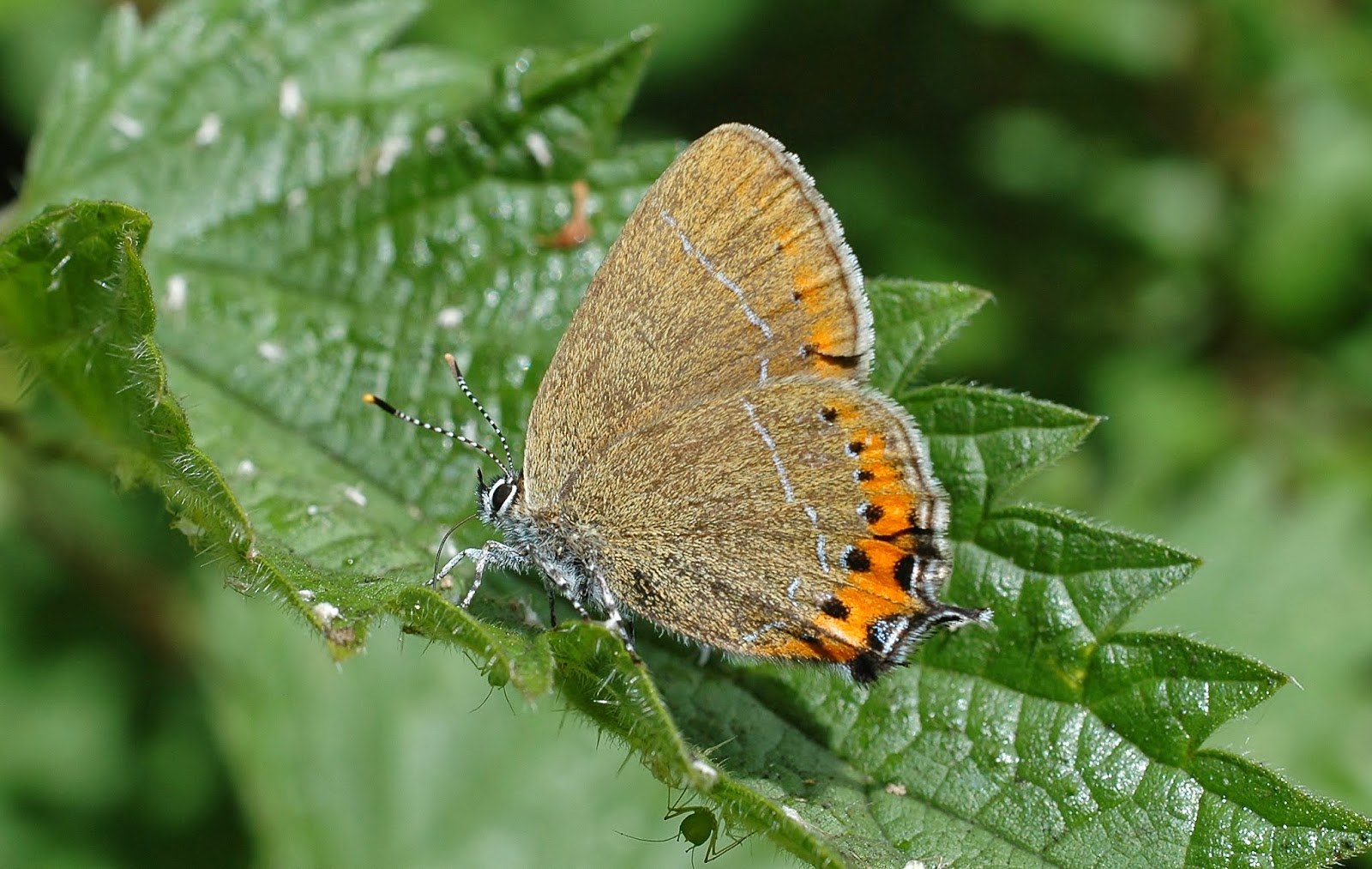 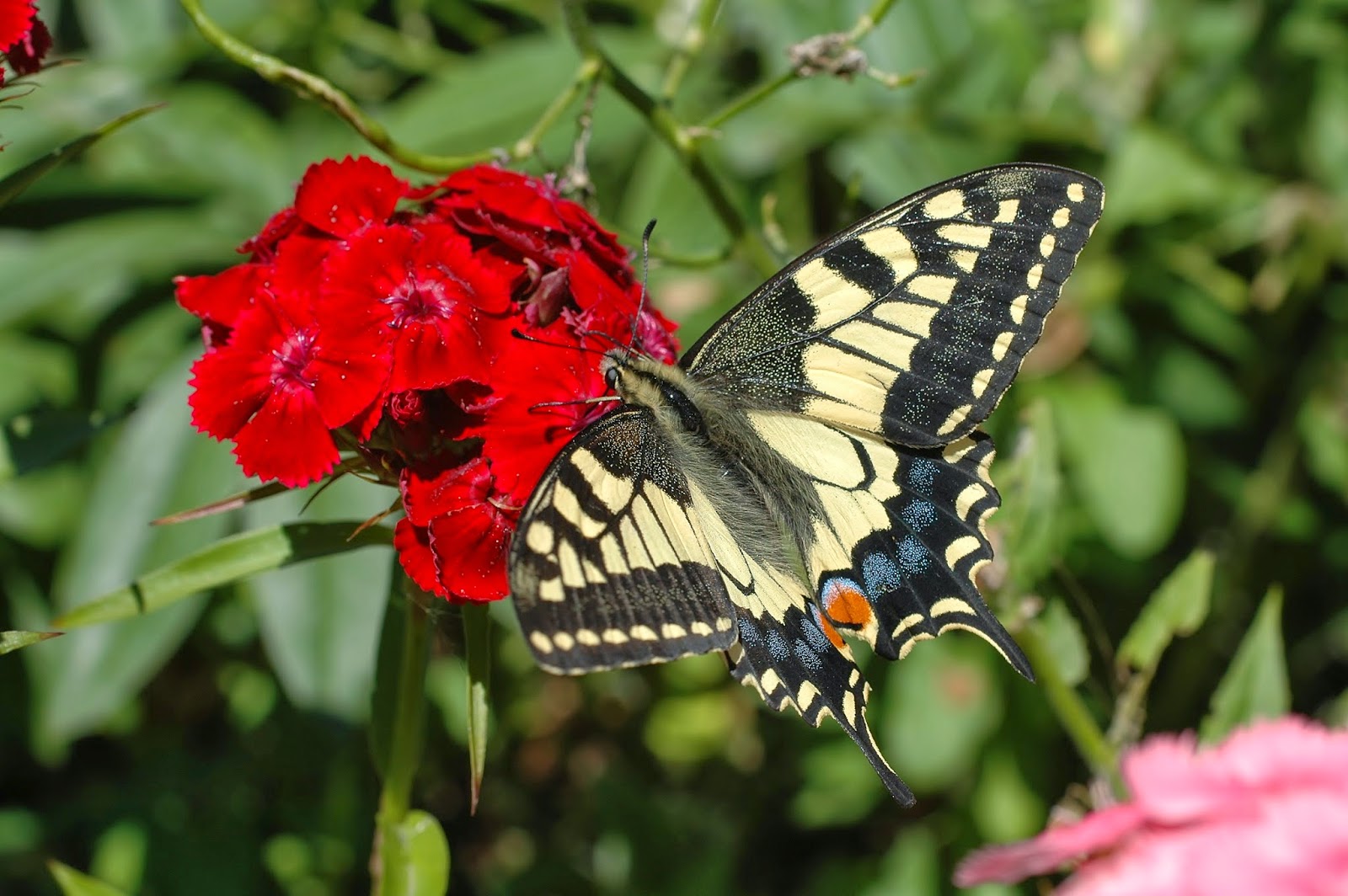 Posted by Bob Eade. at 20:05 2 comments:
Email ThisBlogThis!Share to TwitterShare to FacebookShare to Pinterest

On Friday I managed to fall heavily straight onto some steps at the base of the spine. This has meant that I am unable to get out and about for a while as I can't move about much. Therefore I've been trying to improve on some of my garden bird shots. Unfortunately I don't get a great variety of birds in the garden, but with luck and patience I'm hoping that something a bit more special will turn up soon. With the big improvement in the weather it is very frustrating not being able to get right out in the countryside though!! 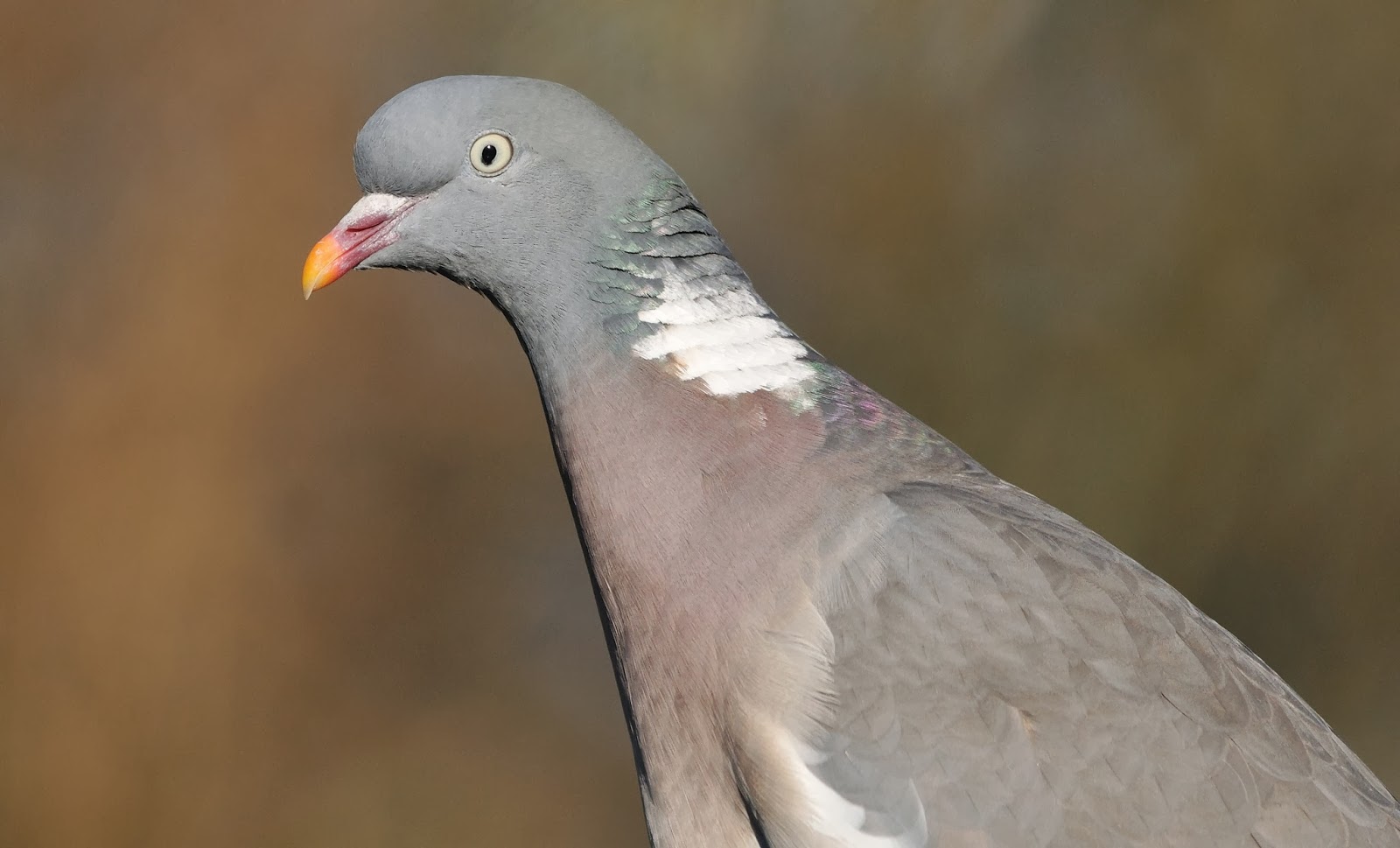 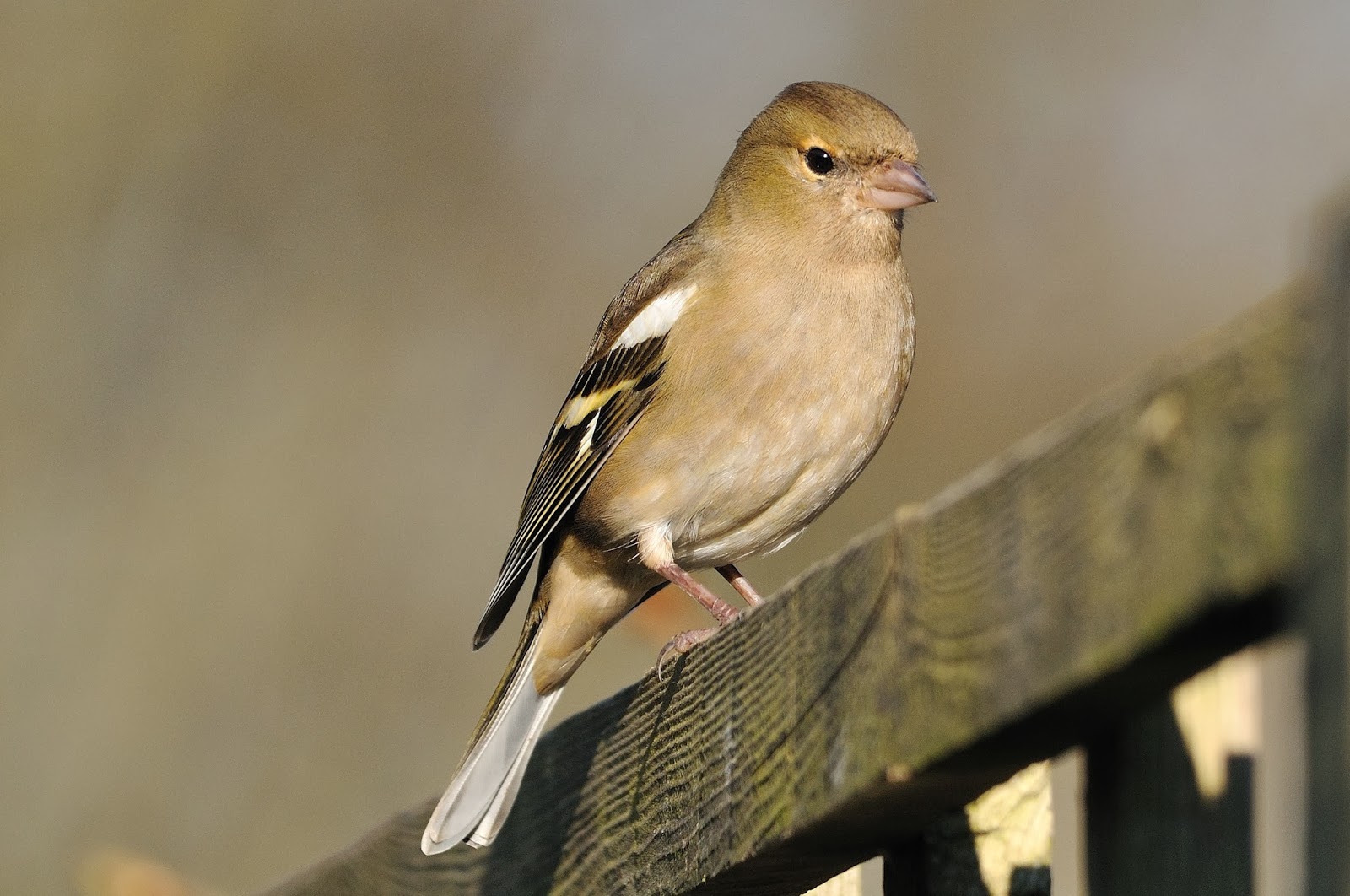 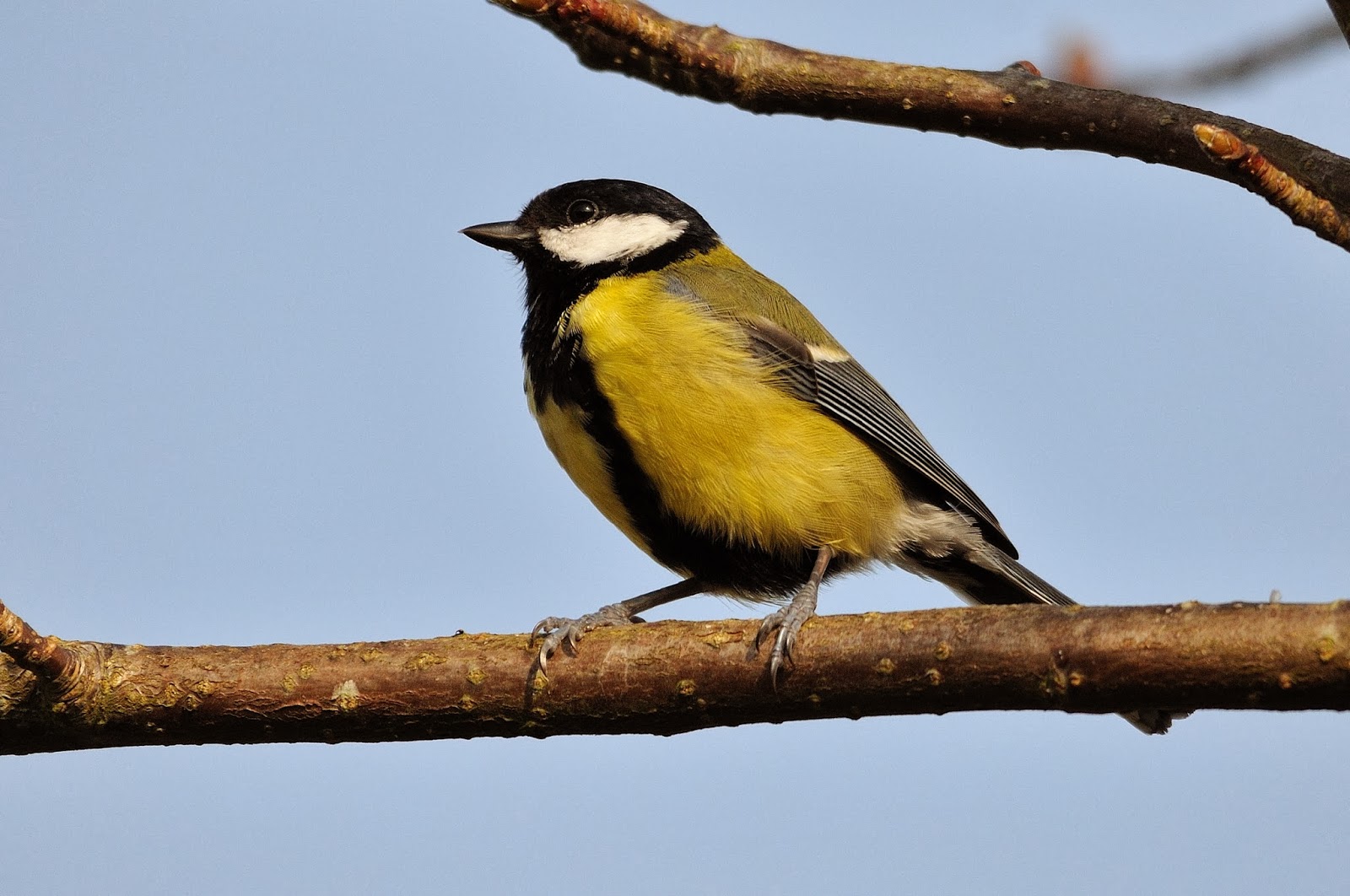 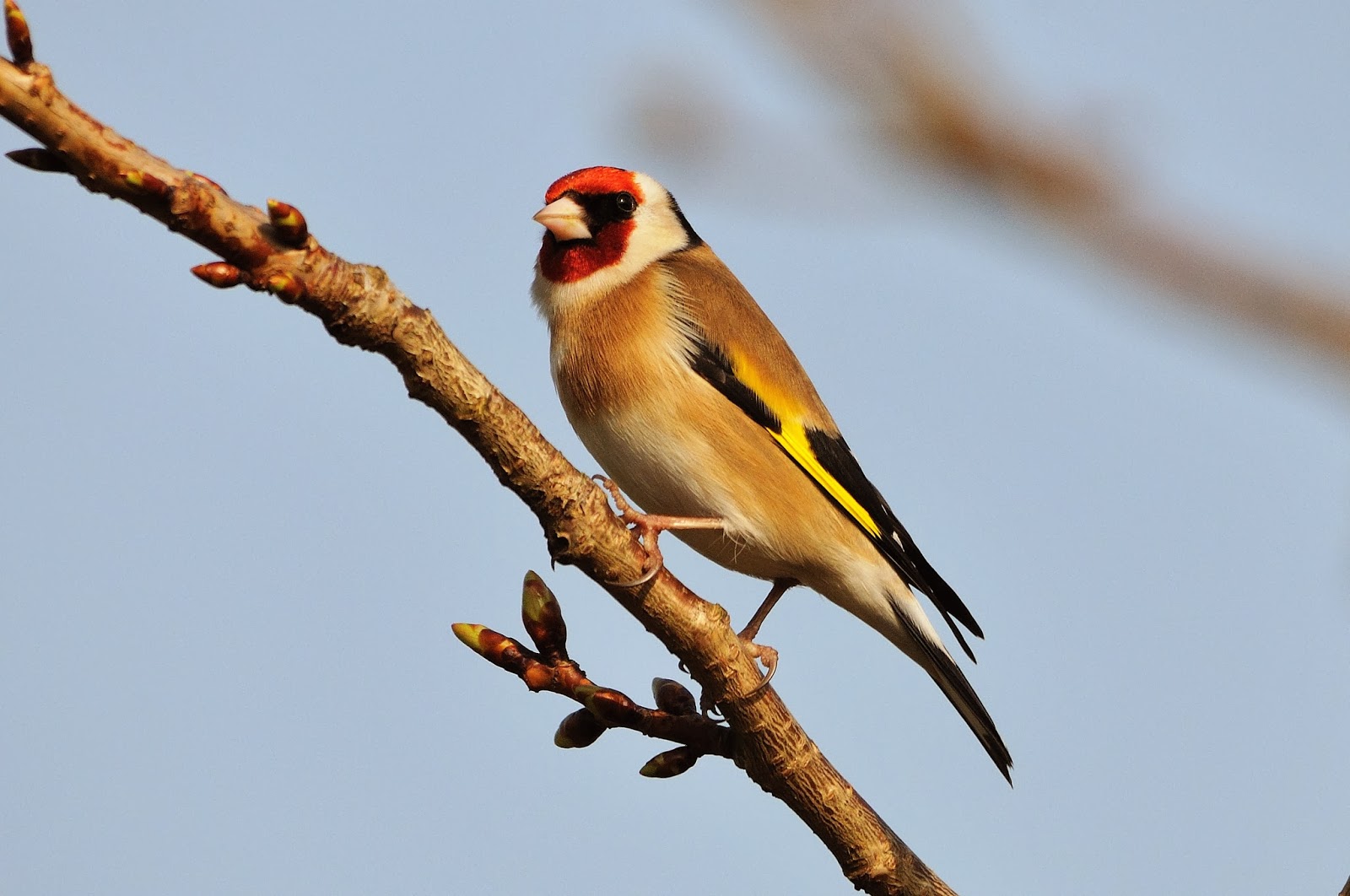 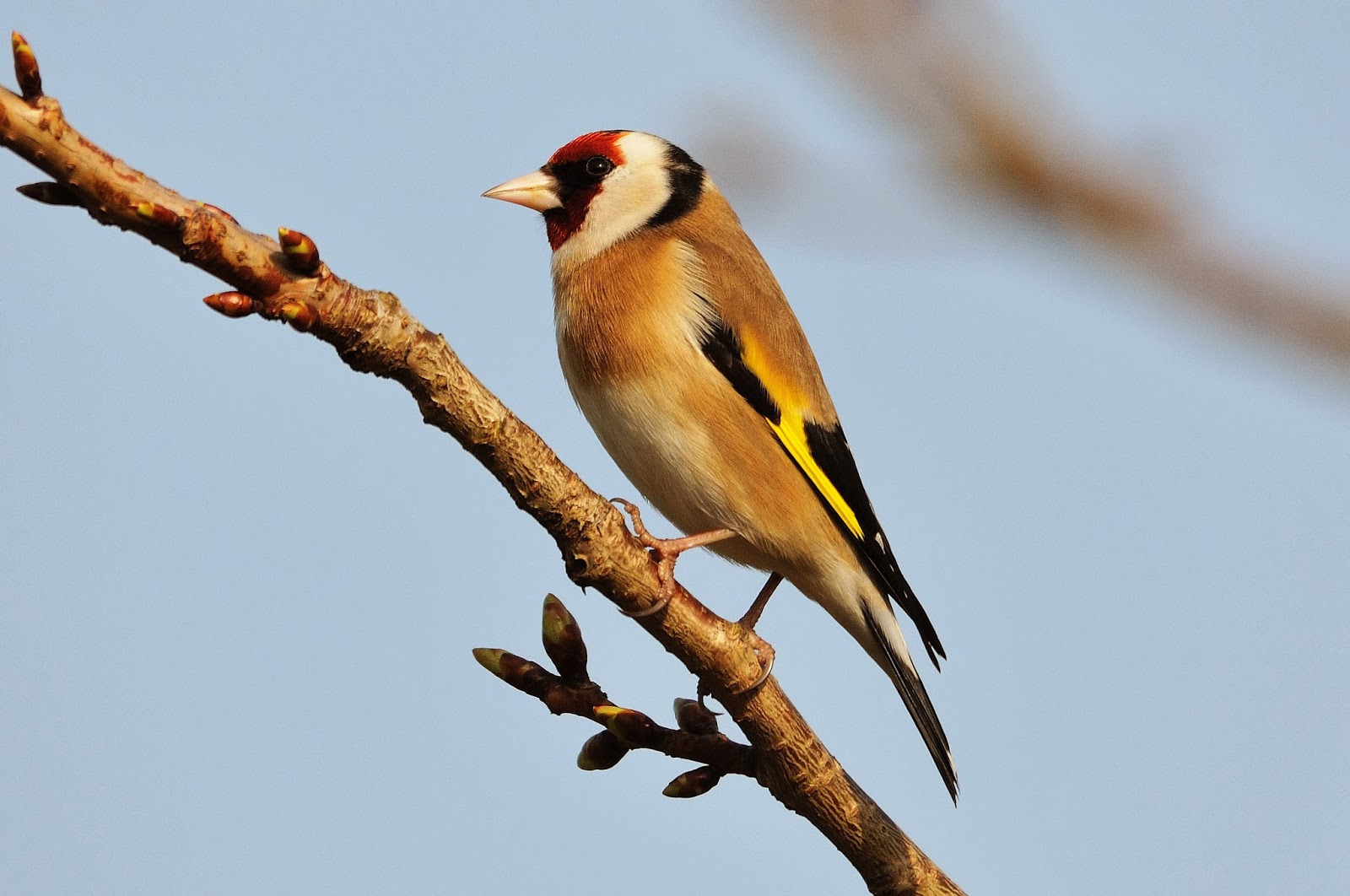 Goldfinch
Posted by Bob Eade. at 16:33 No comments:
Email ThisBlogThis!Share to TwitterShare to FacebookShare to Pinterest

During the week I've managed a short and a longer trip looking for Butterflies and signs of them. It started on Tuesday when I took a friend, James, to see if we could locate some more Wall Brown larva on the Downland. In total I managed to show him 4 in pretty short time as well as spotting a Small Tortoiseshell. 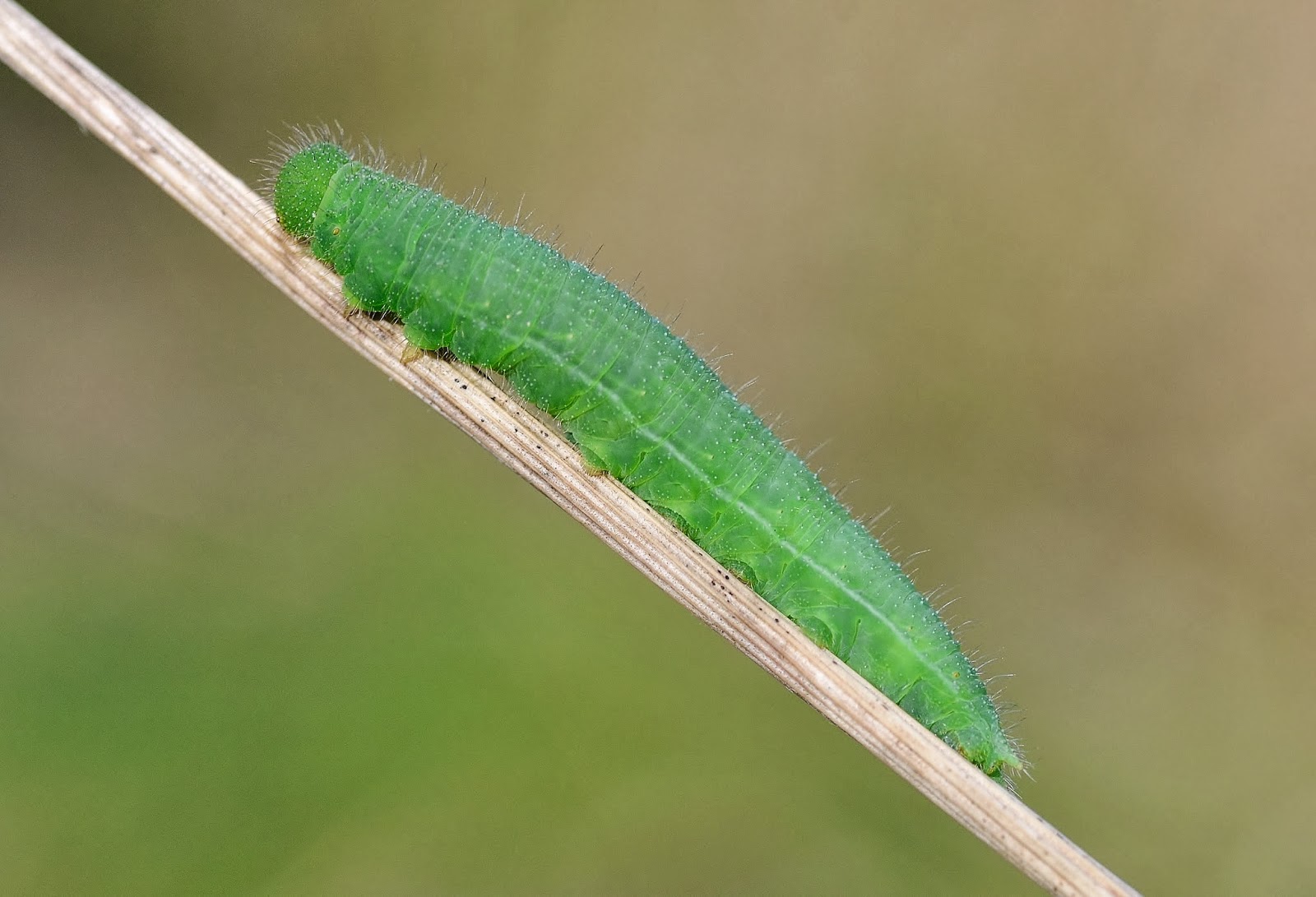 The following day I met up with Nigel in local woodland hoping for my first Brimstone of the year. It was a fabulous day and by the end of it we had around 20 Brimstones as well as a Comma, which was also my first of the year. Finally a Small Tortoiseshell was seen as the temperature cooled down. An even better sighting however was a very early Orange Underwing moth. With fair, settled warmer weather in the forecast there should be plenty of butterflies about in the next few days. 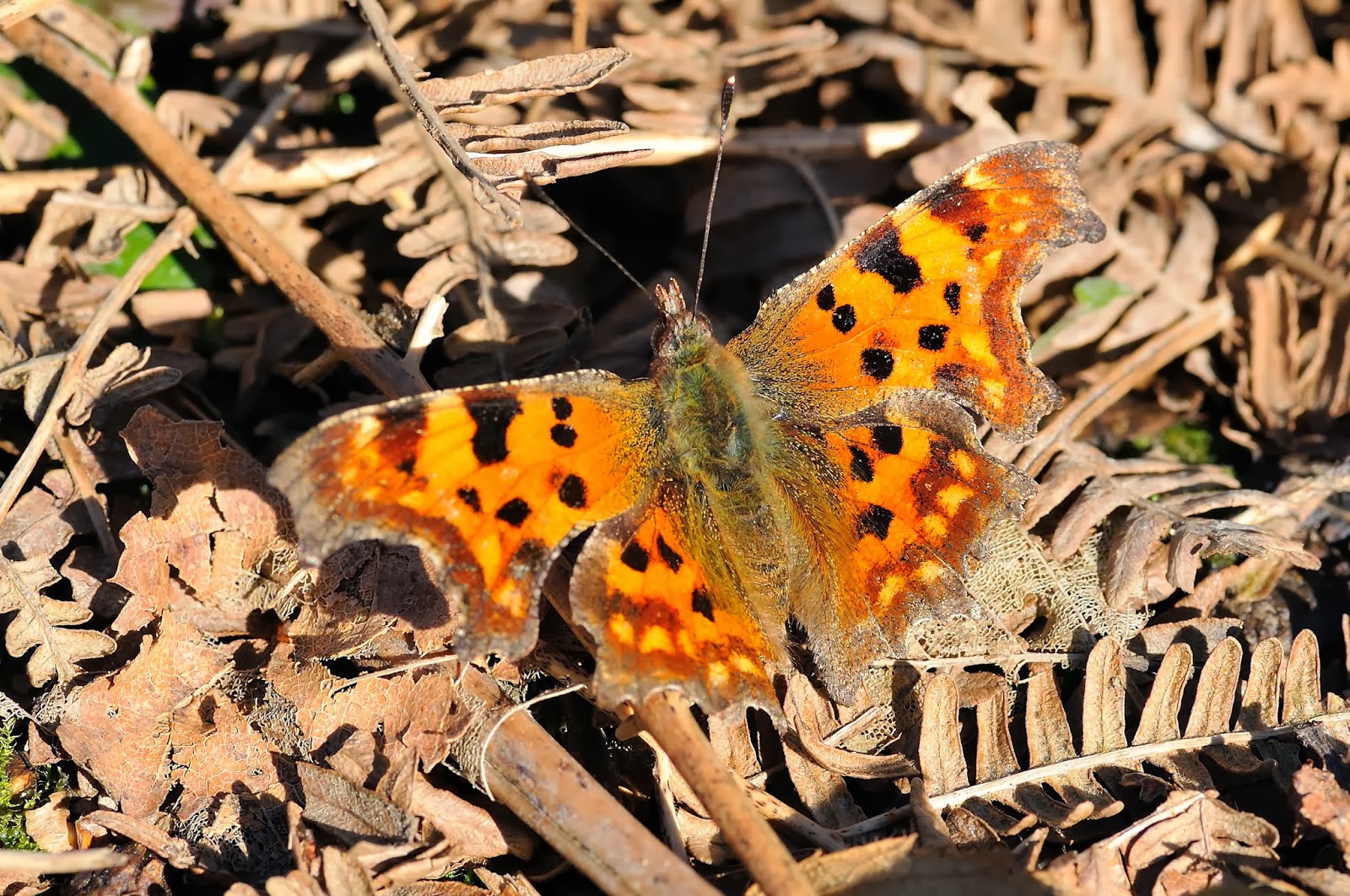 My first Comma of the year. 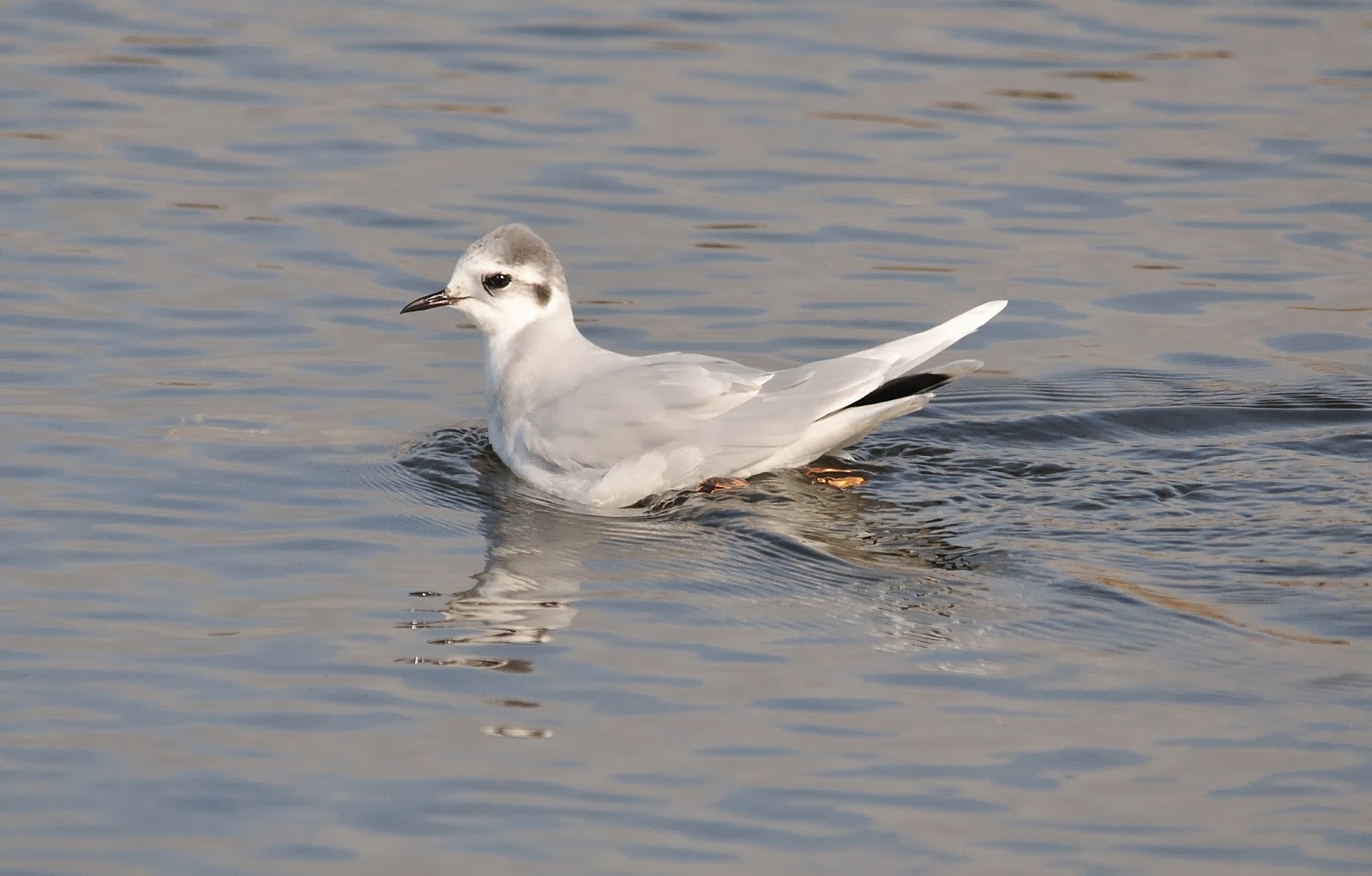 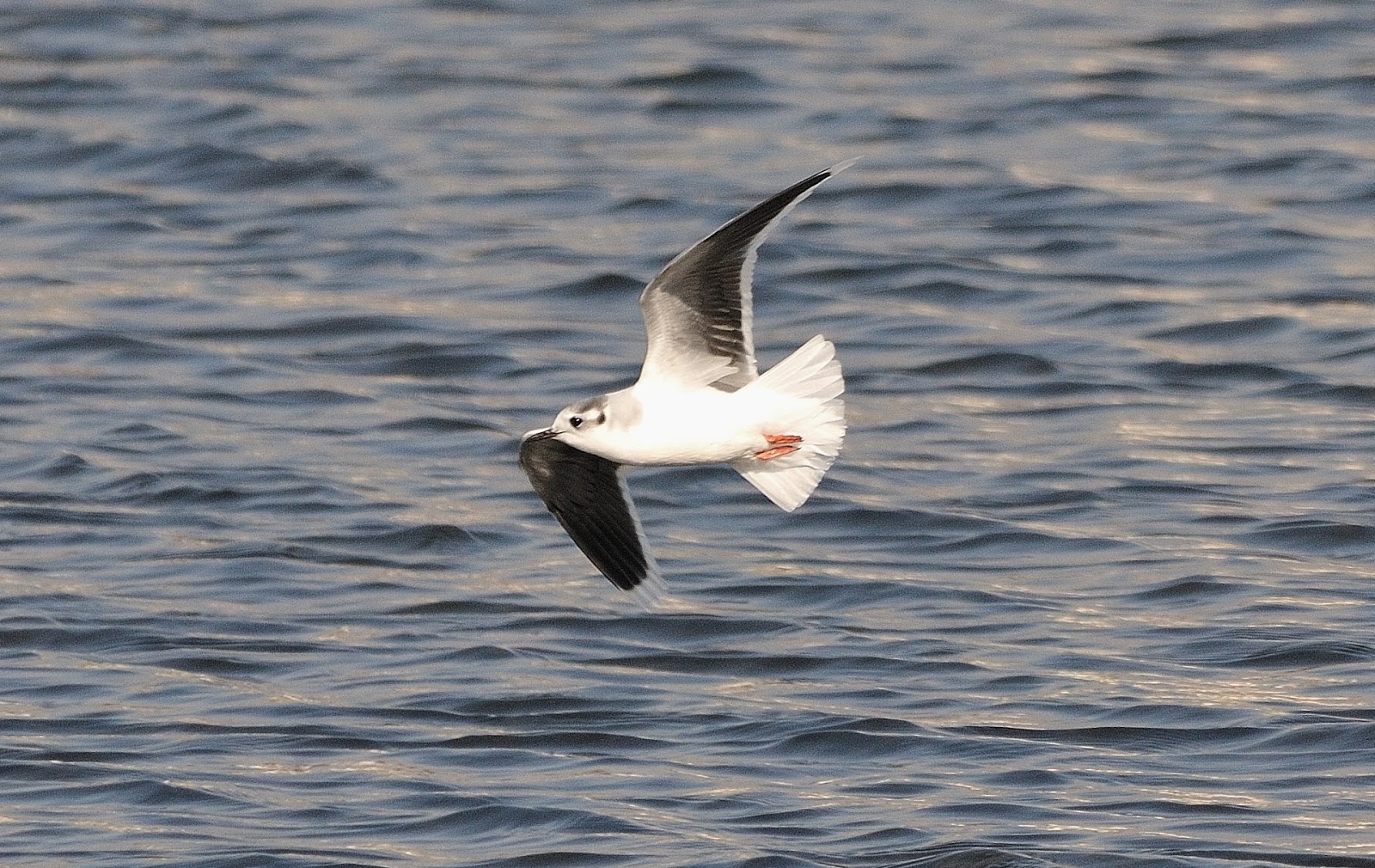 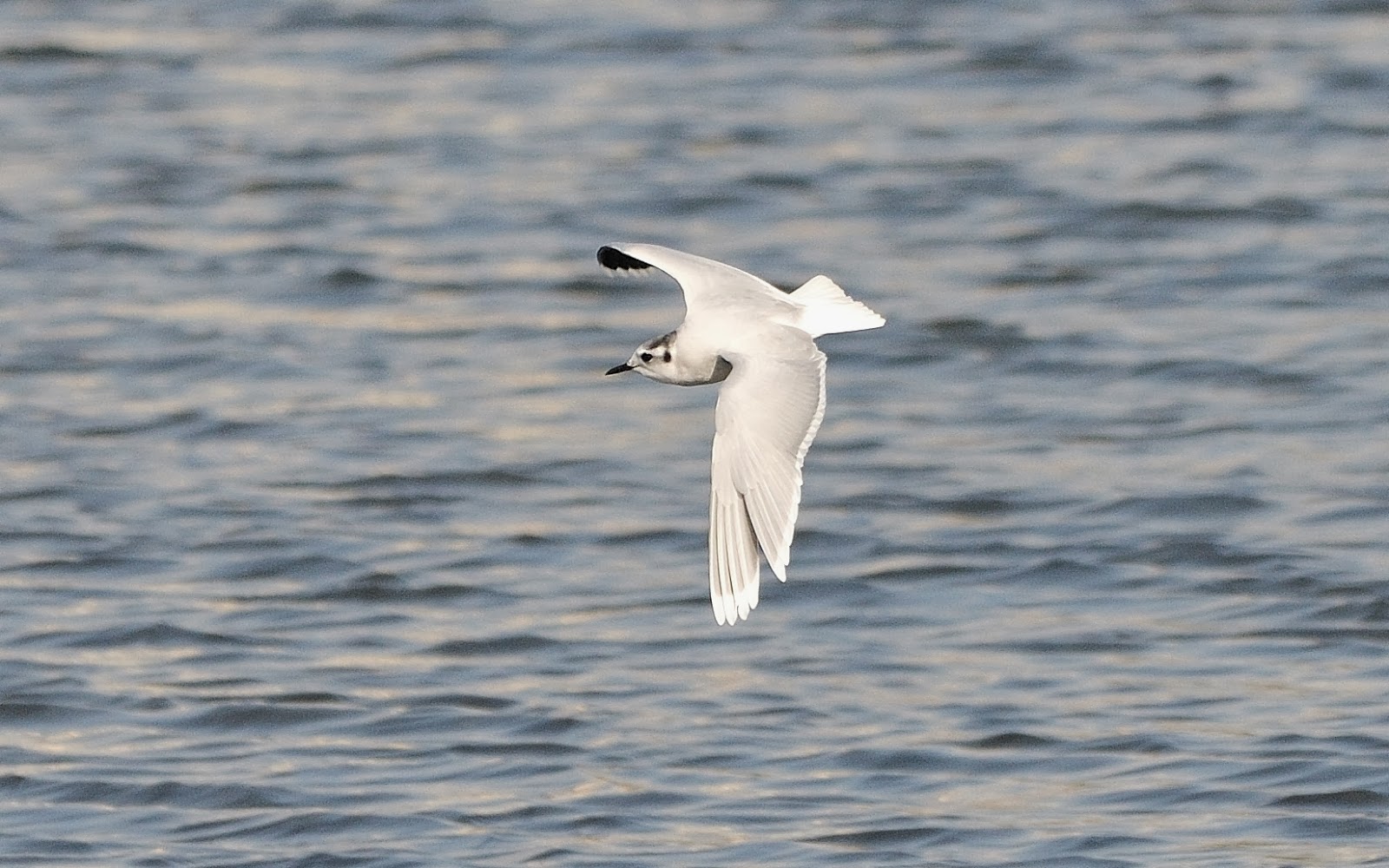 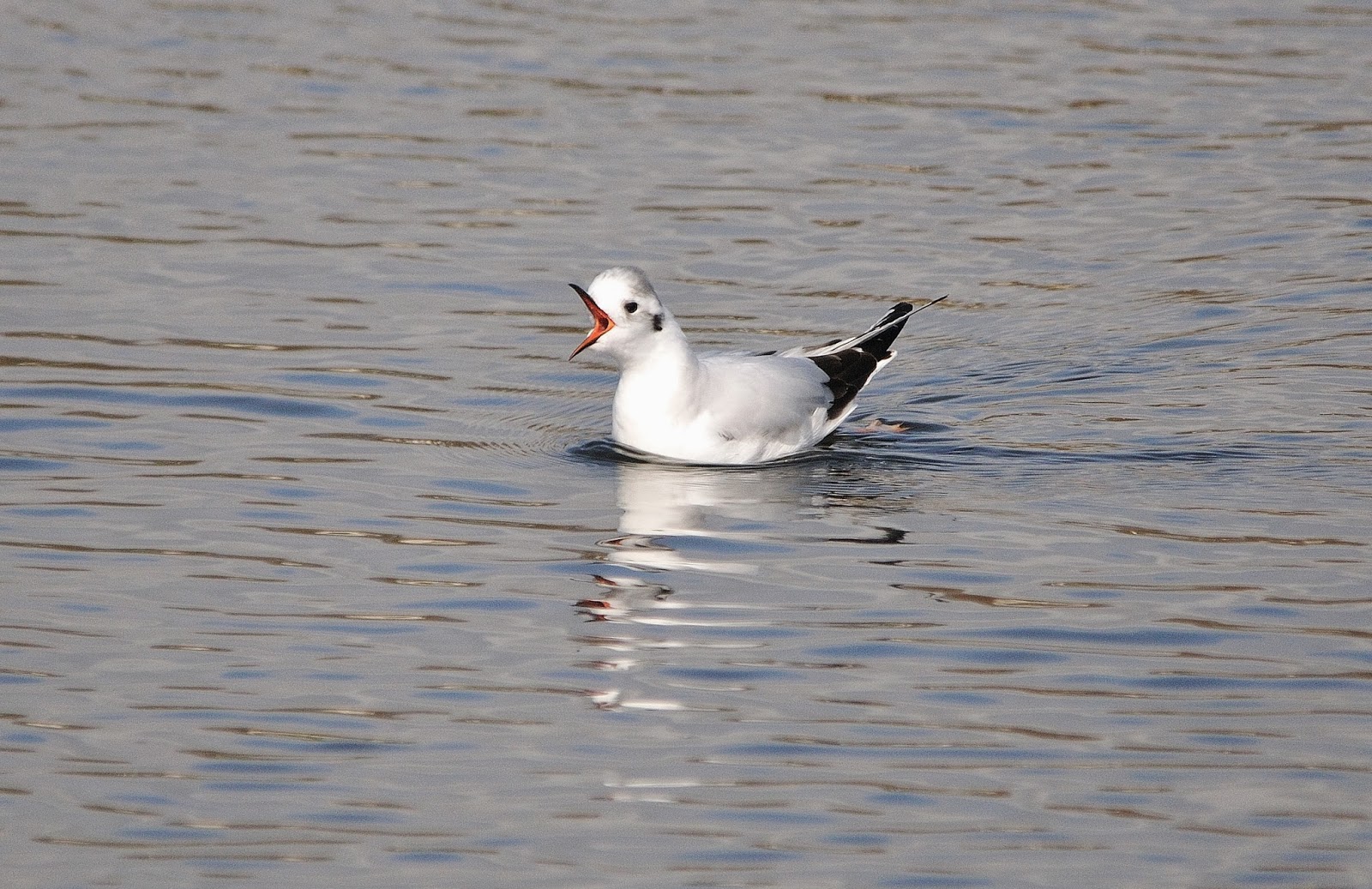 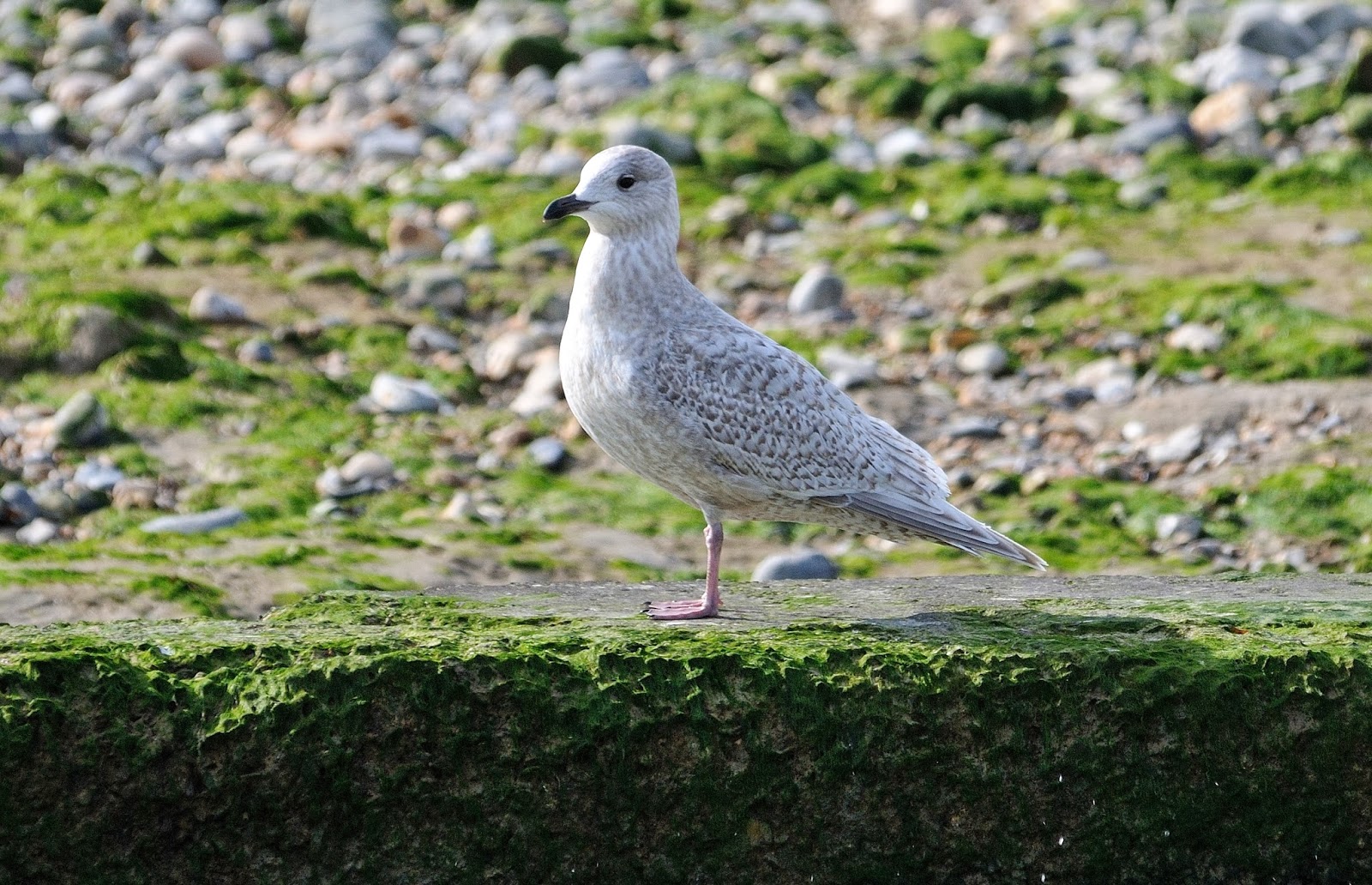 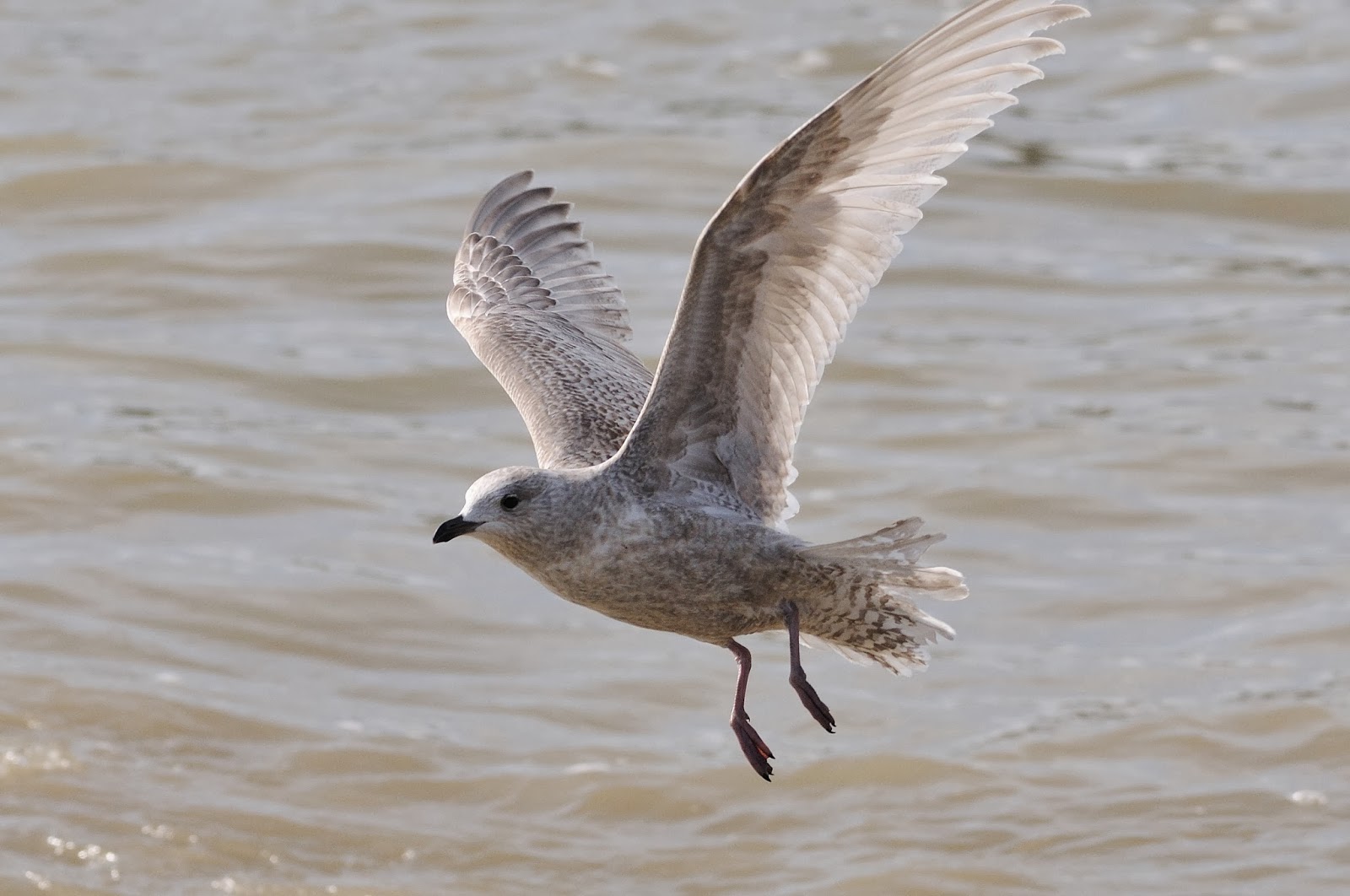 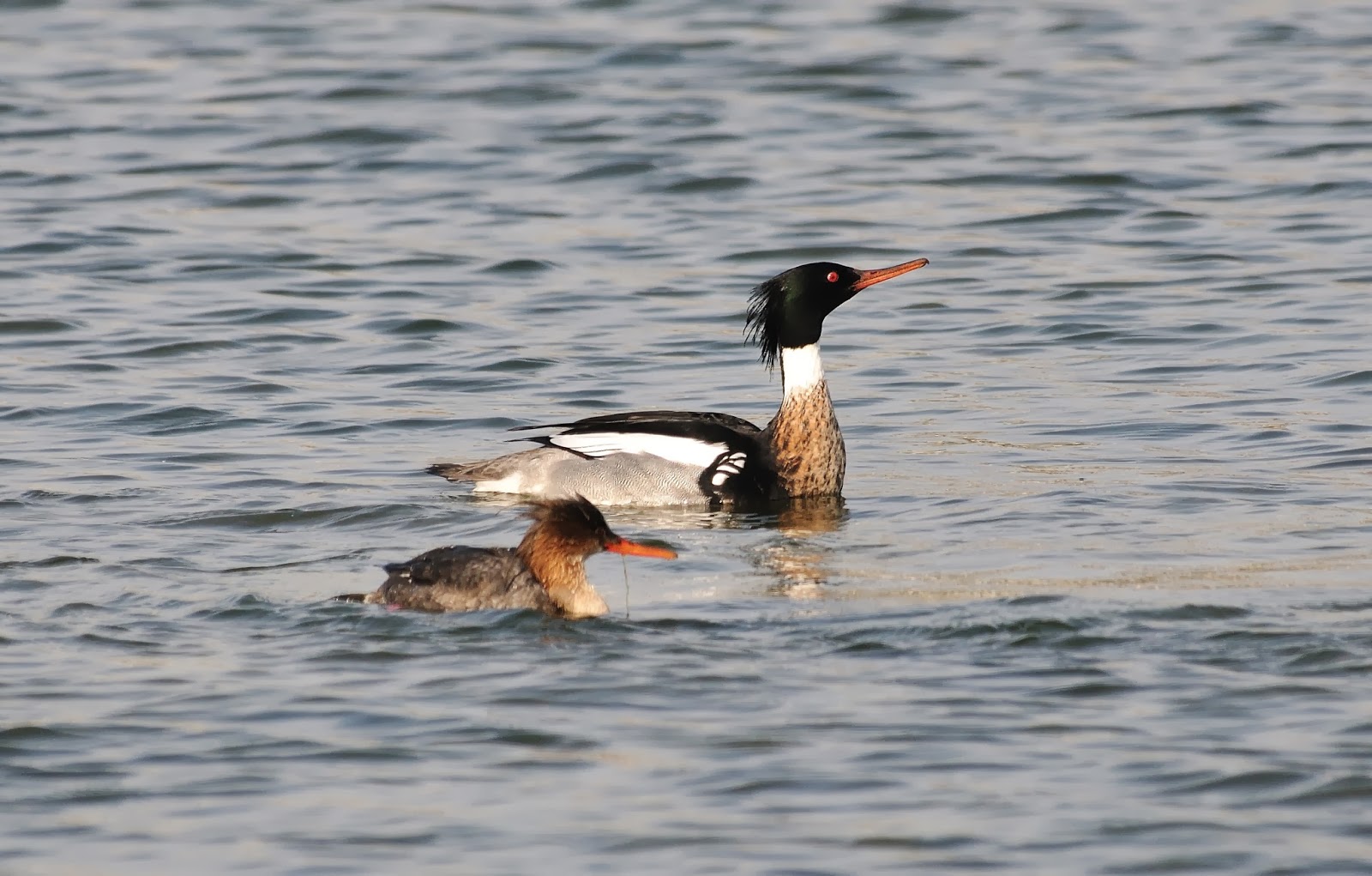 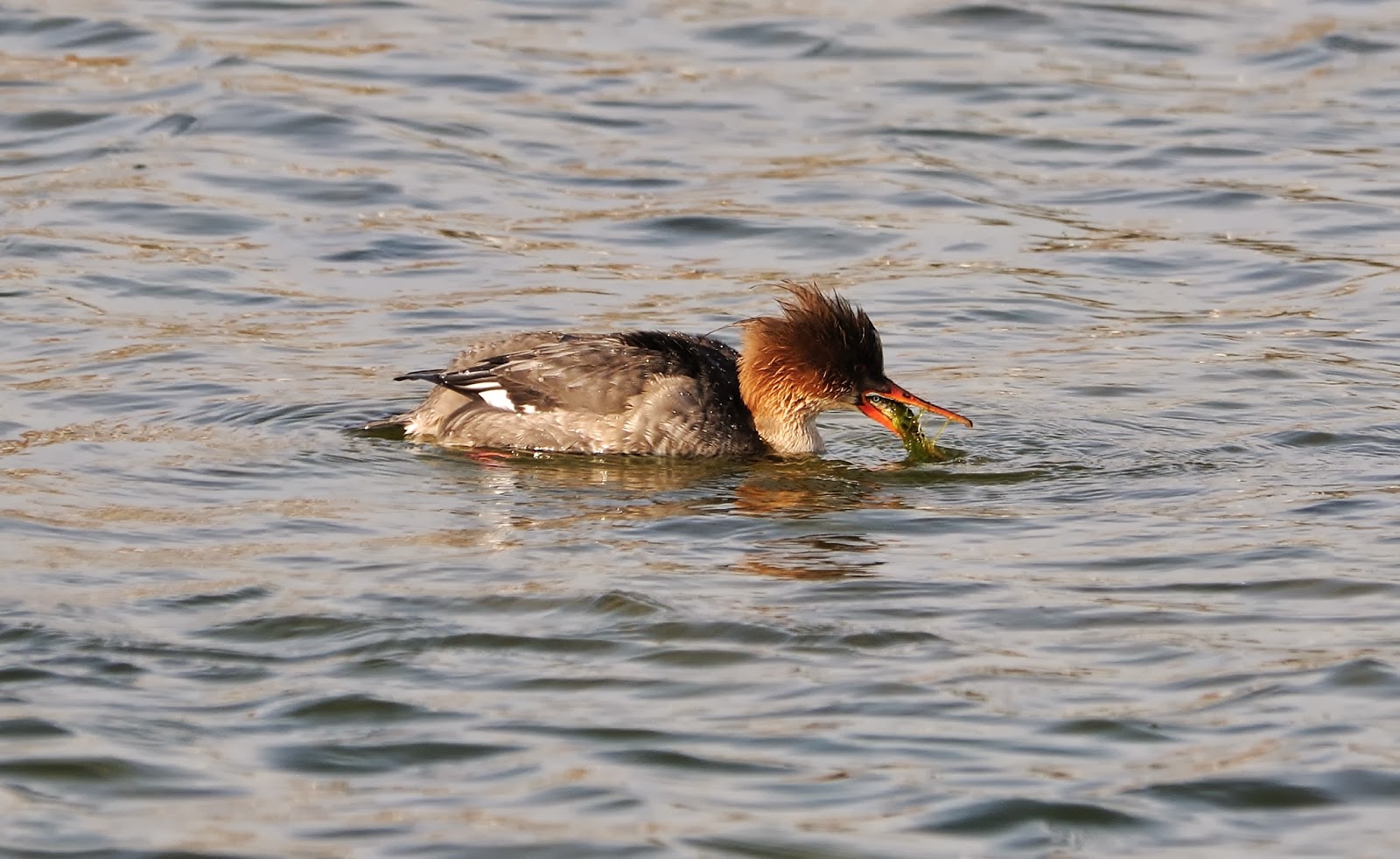 This looks like a scene from The Exorcist but there is a fish there!!
Posted by Bob Eade. at 09:11 No comments:
Email ThisBlogThis!Share to TwitterShare to FacebookShare to Pinterest 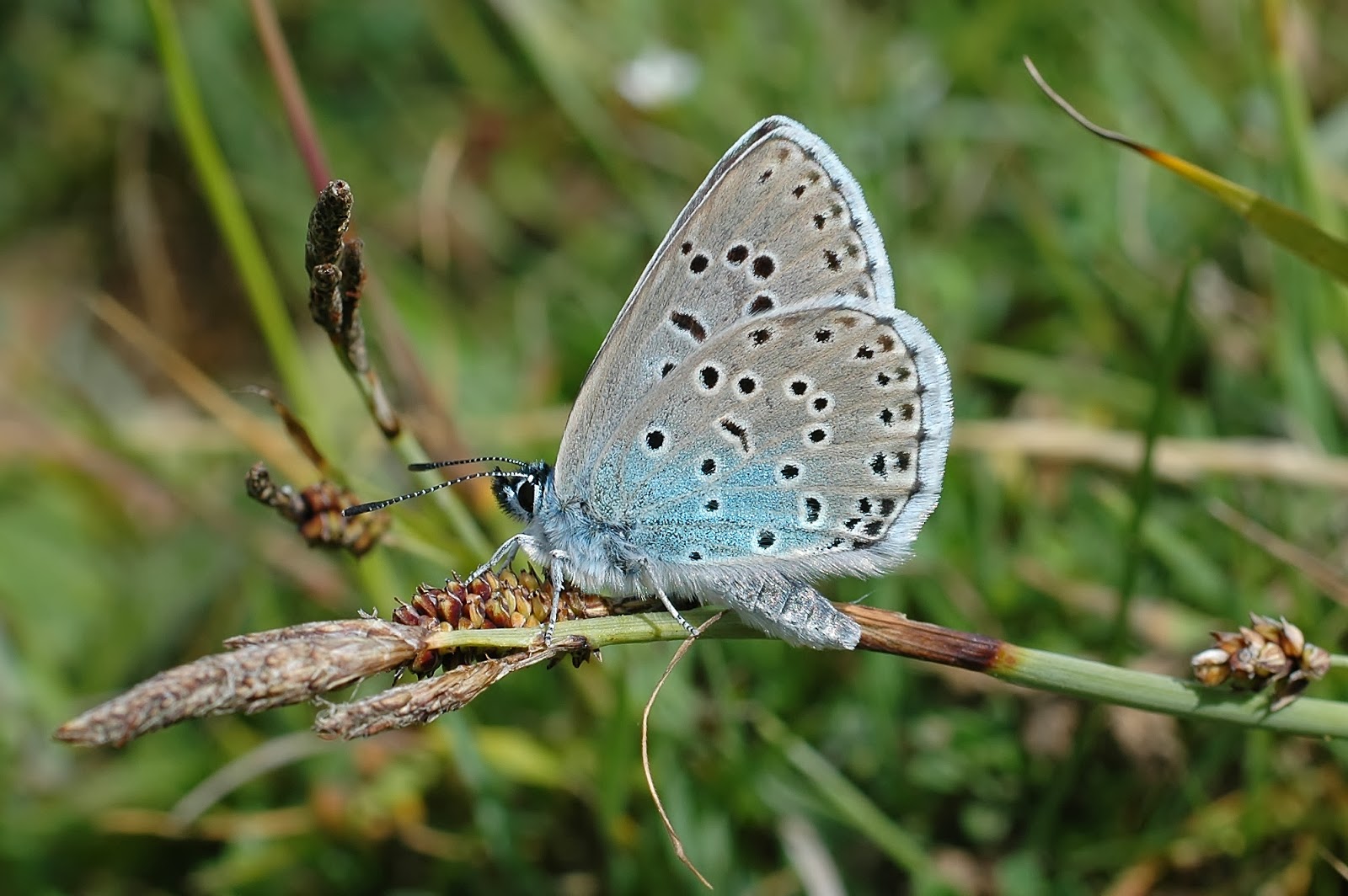 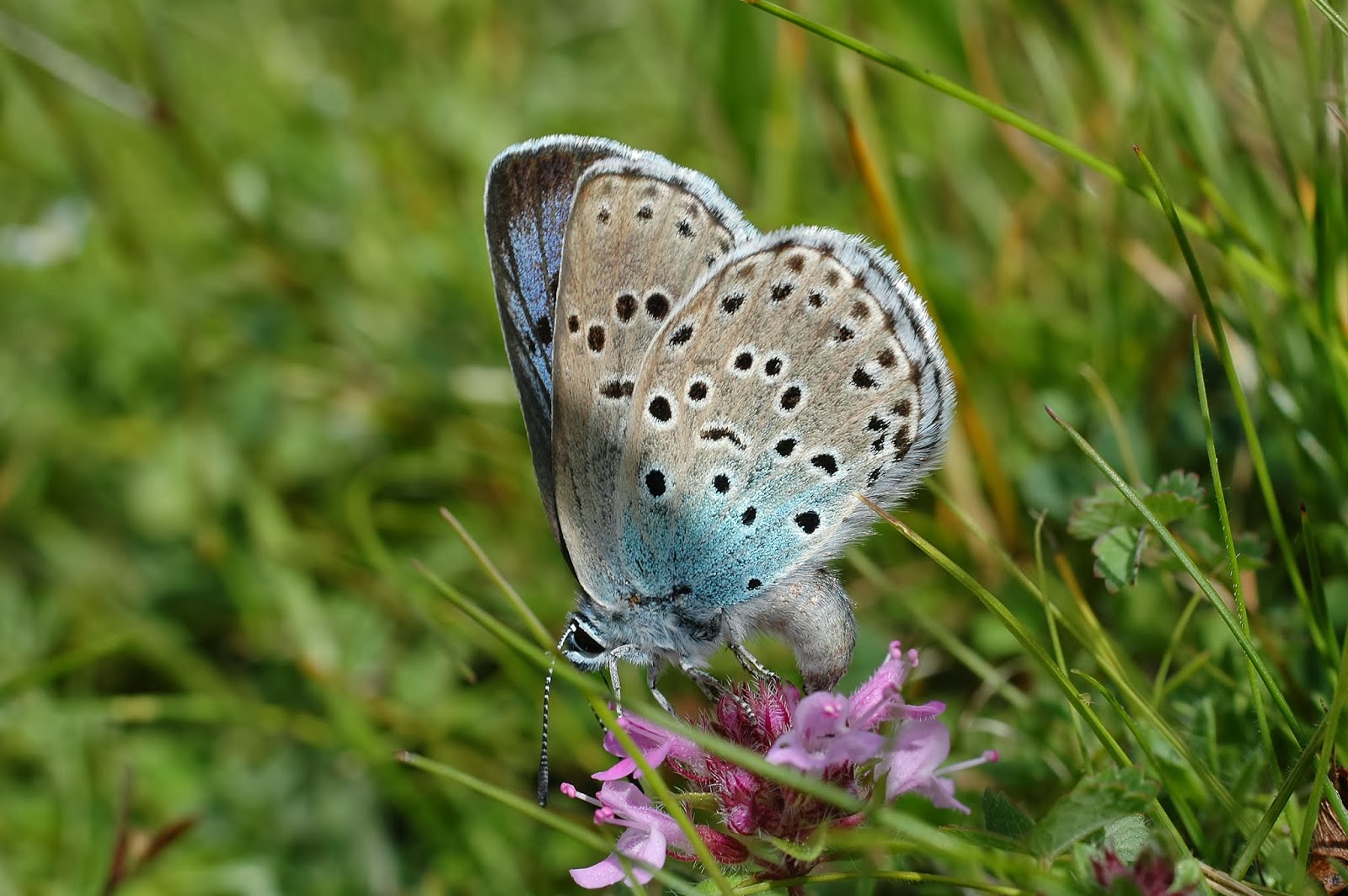 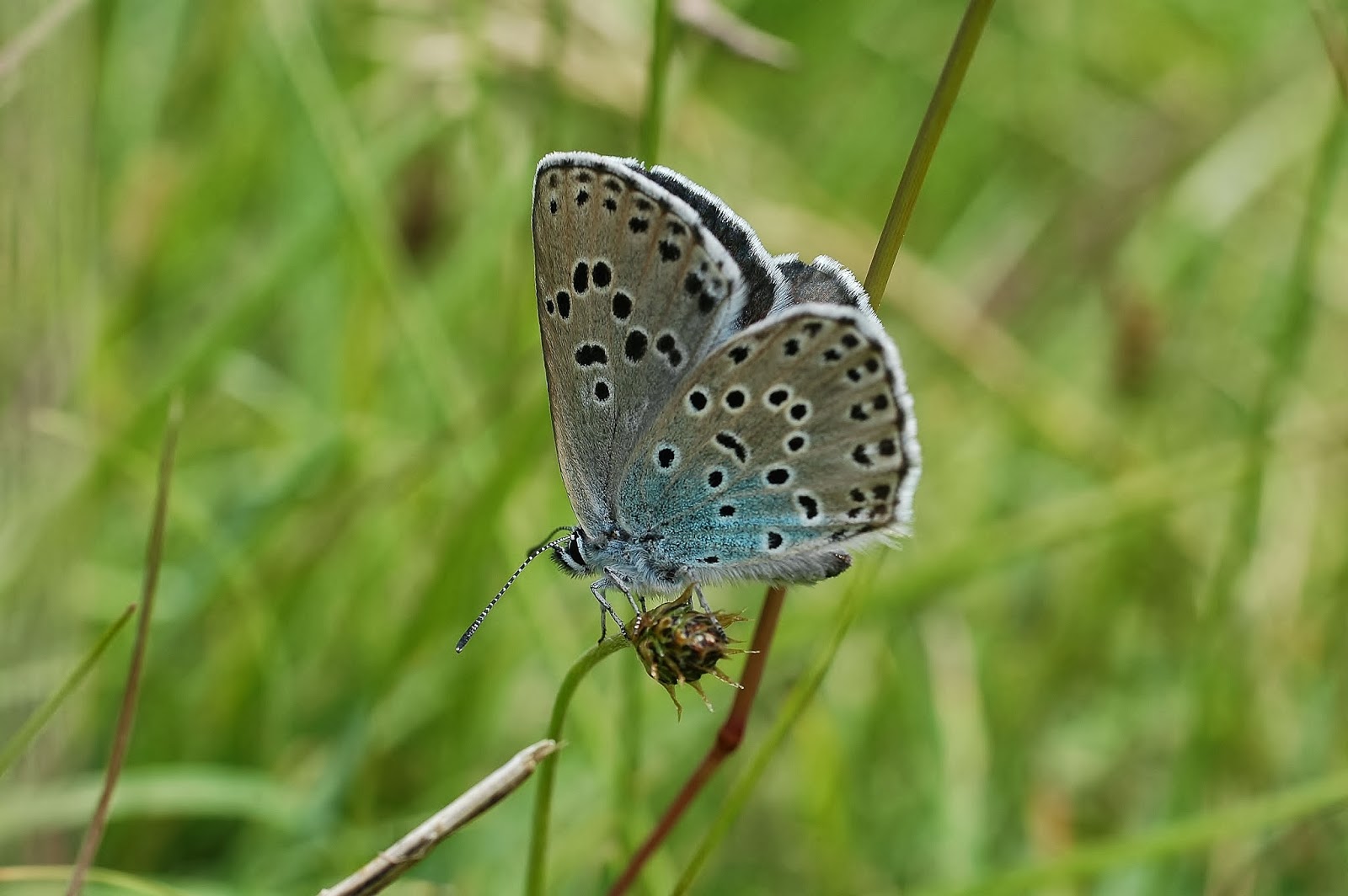 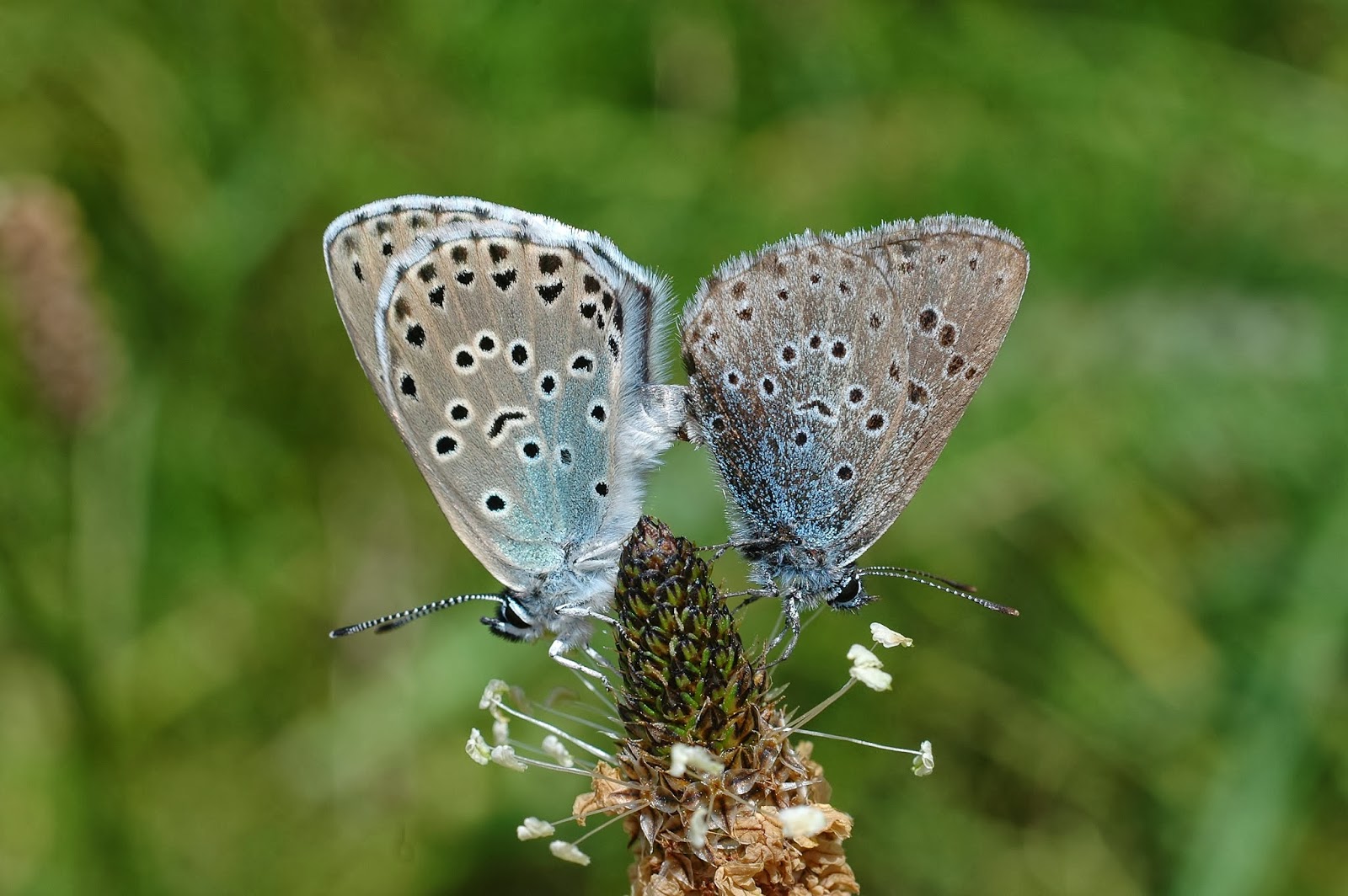