Despite being unable to do any significant wildlife watching this last week I have still managed to see my first Small Tortoiseshells of the year as well as 2 more Wall Brown larva, also several Brown Hares, a Woodcock, my first Adder of the year and some more Firecrest in local woodland. Photography however has been limited to a bit more experimenting with some garden birds. Signs are that the macro lens will soon be back in use soon though. 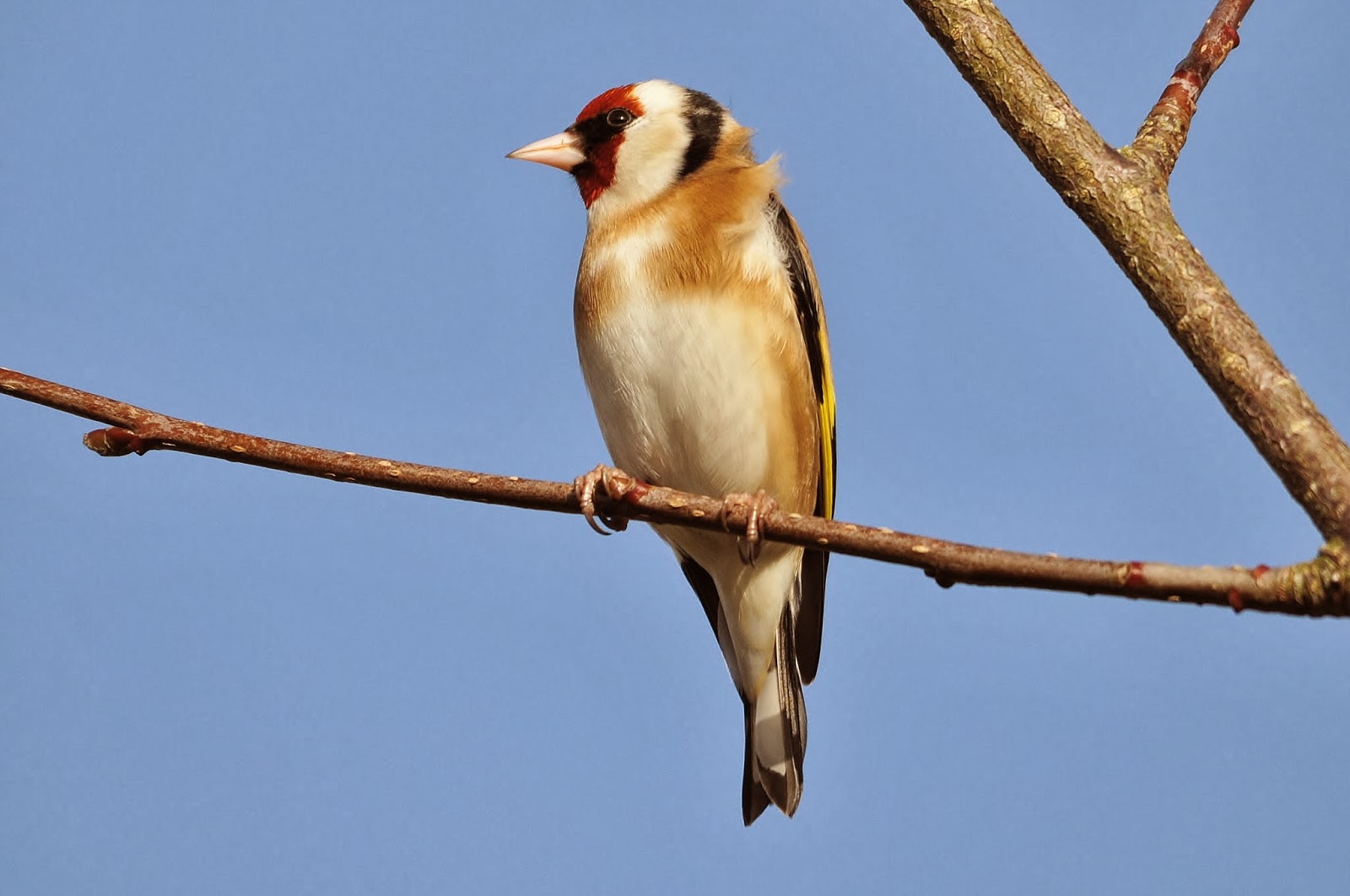 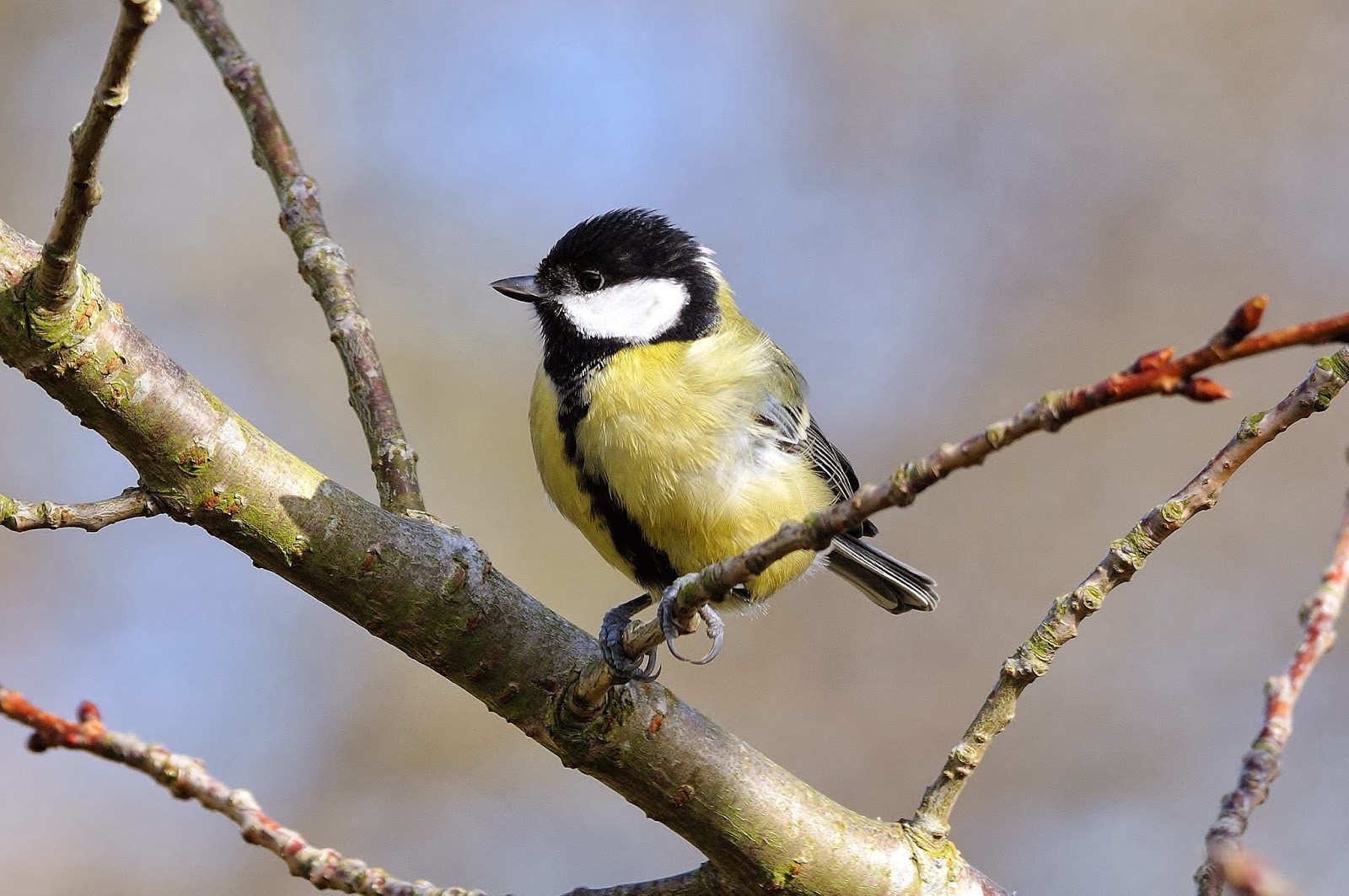 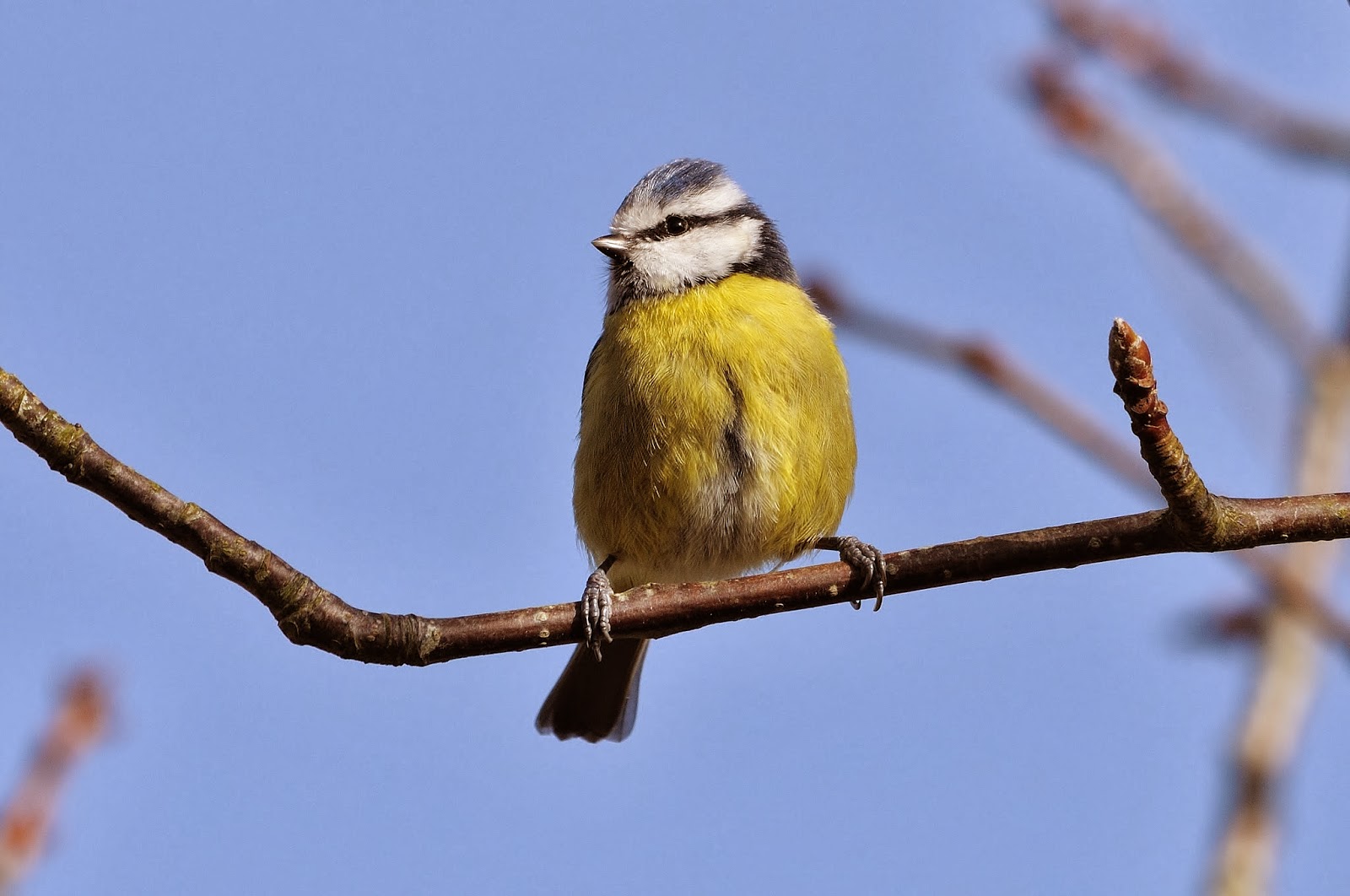 Posted by Bob Eade. at 20:50 No comments:
Email ThisBlogThis!Share to TwitterShare to FacebookShare to Pinterest

With several short walks this week with a Firecrest seen every time I decided today to see if I can get a photograph of one. This species is one of my favourite birds and just to see one is special so it is great having them near to home. Also in the area is a large flock of Yellowhammer and large quantities of Pied Wagtail. On the way to the woodland area where I've seen the Firecrest I saw another Red Admiral, my fourth for the year. In the woodland the Firecrest was soon located and at one time there were two in sight, however, with the birds being on the move all the time it was very hard to get a decent image. 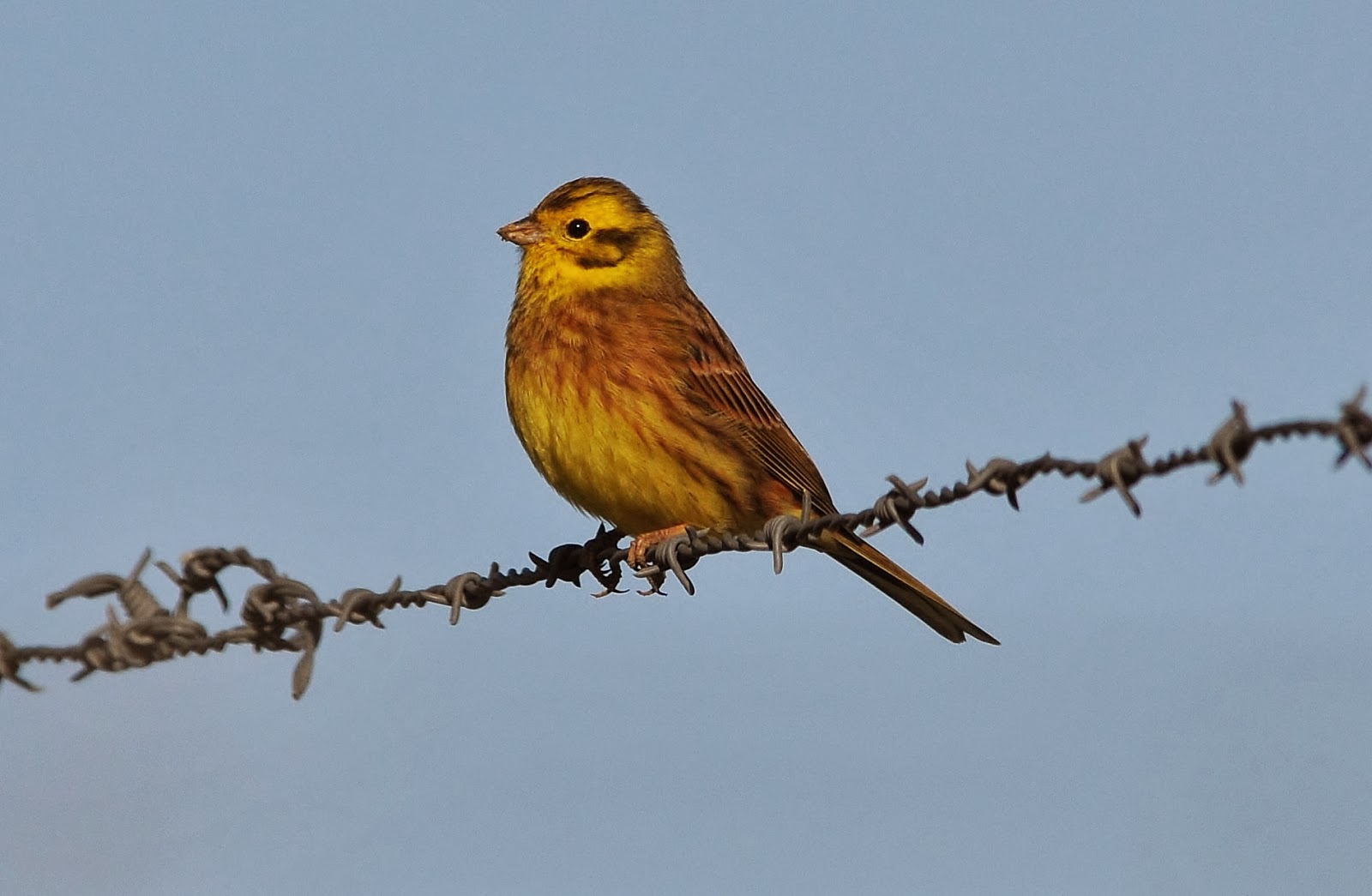 The Firecrest deep in the foliage. 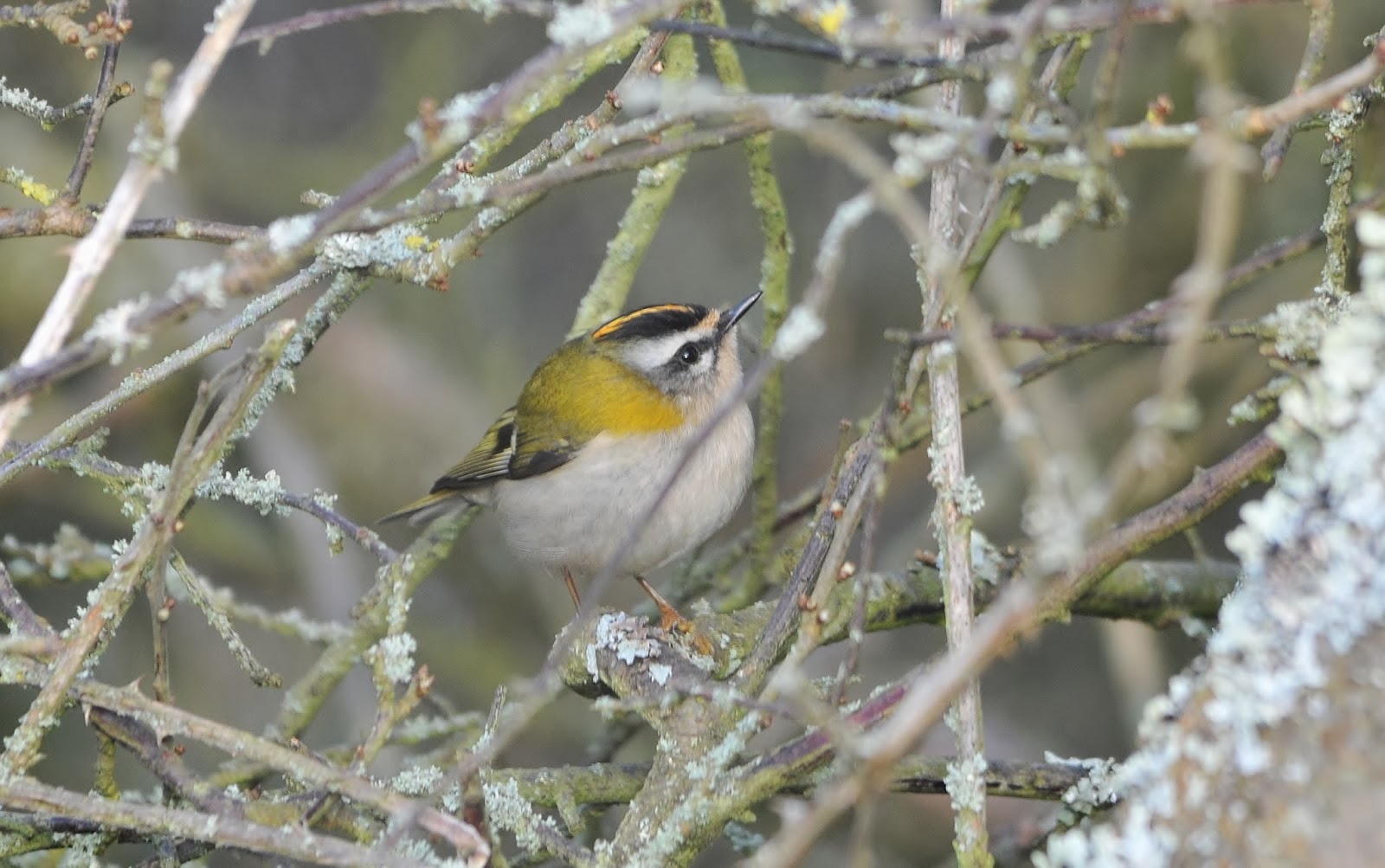 Then in the sunshine. 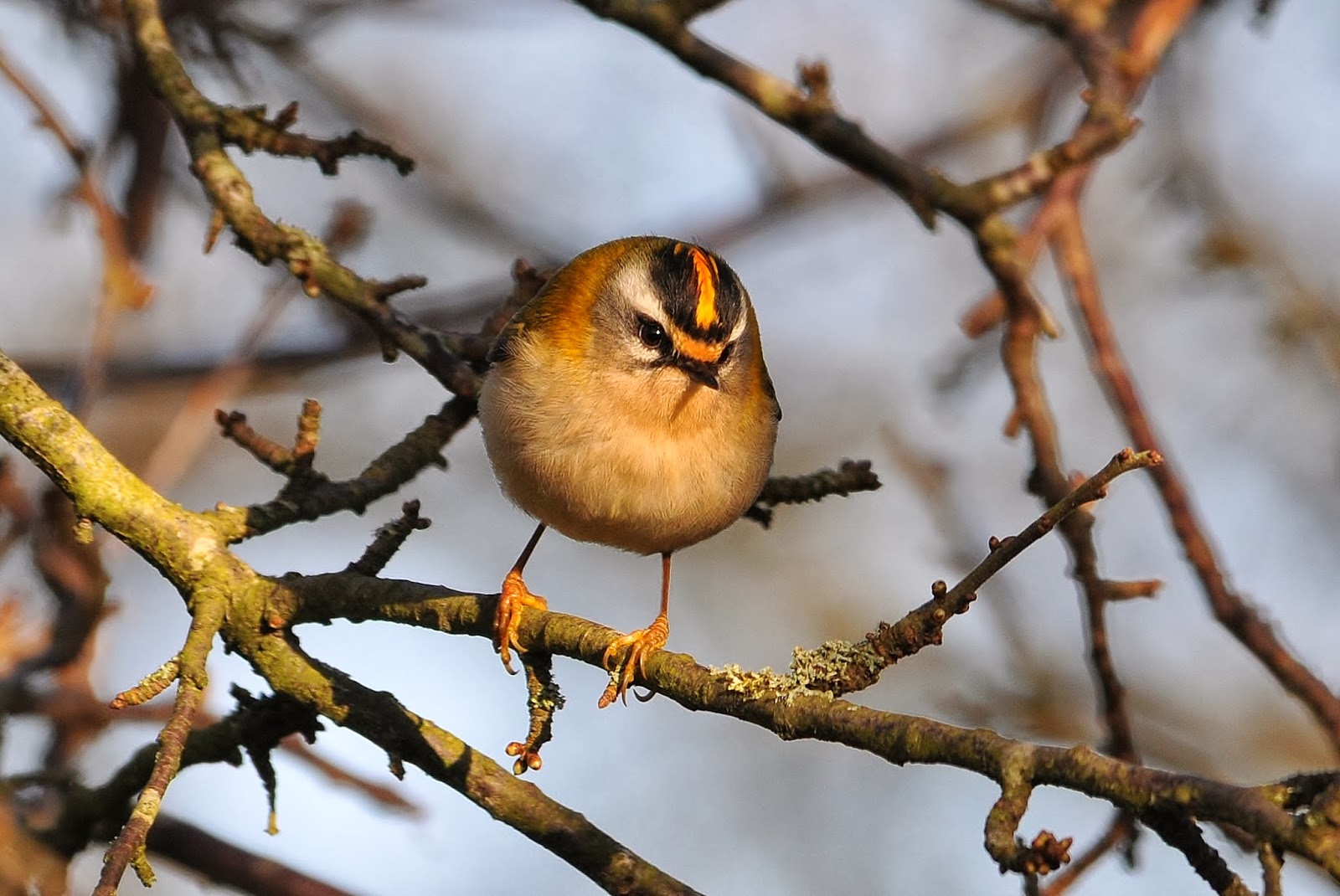 Posted by Bob Eade. at 21:03 No comments:
Email ThisBlogThis!Share to TwitterShare to FacebookShare to Pinterest

After all these bird entries it is good to actually have an entry concerning butterflies. Despite seeing 3 Red admirals throughout January it feels as if things have started to now happen as I found my first Wall Brown larva of the year today at High and Over. At just over 1 cm. long it has a lot of growing still to do and it was not easy getting any images in the cold steady breeze. Over the next couple of months I hope to see more larva as they grow steadily and become slightly easier to find. Then, the really hard bit comes when they turn into pupa and they are almost impossible to find!! 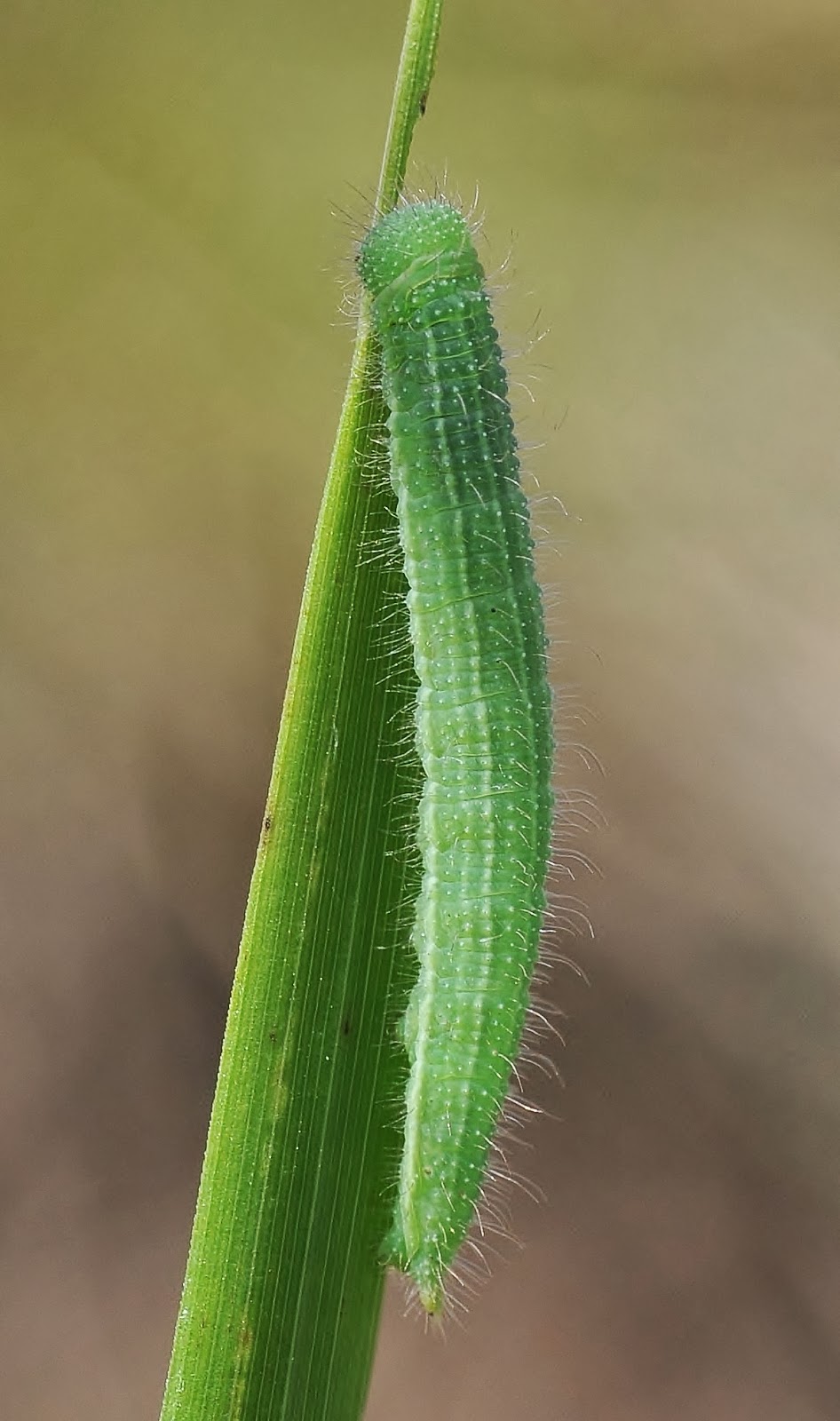 Posted by Bob Eade. at 13:55 No comments:
Email ThisBlogThis!Share to TwitterShare to FacebookShare to Pinterest

A bit of experimenting today with trying to get some garden birds. A few minutes spent in the shed resulted in a Blue Tit and a Great Tit. Hopefully results in the future will steadily improve and that several different birds will show up. 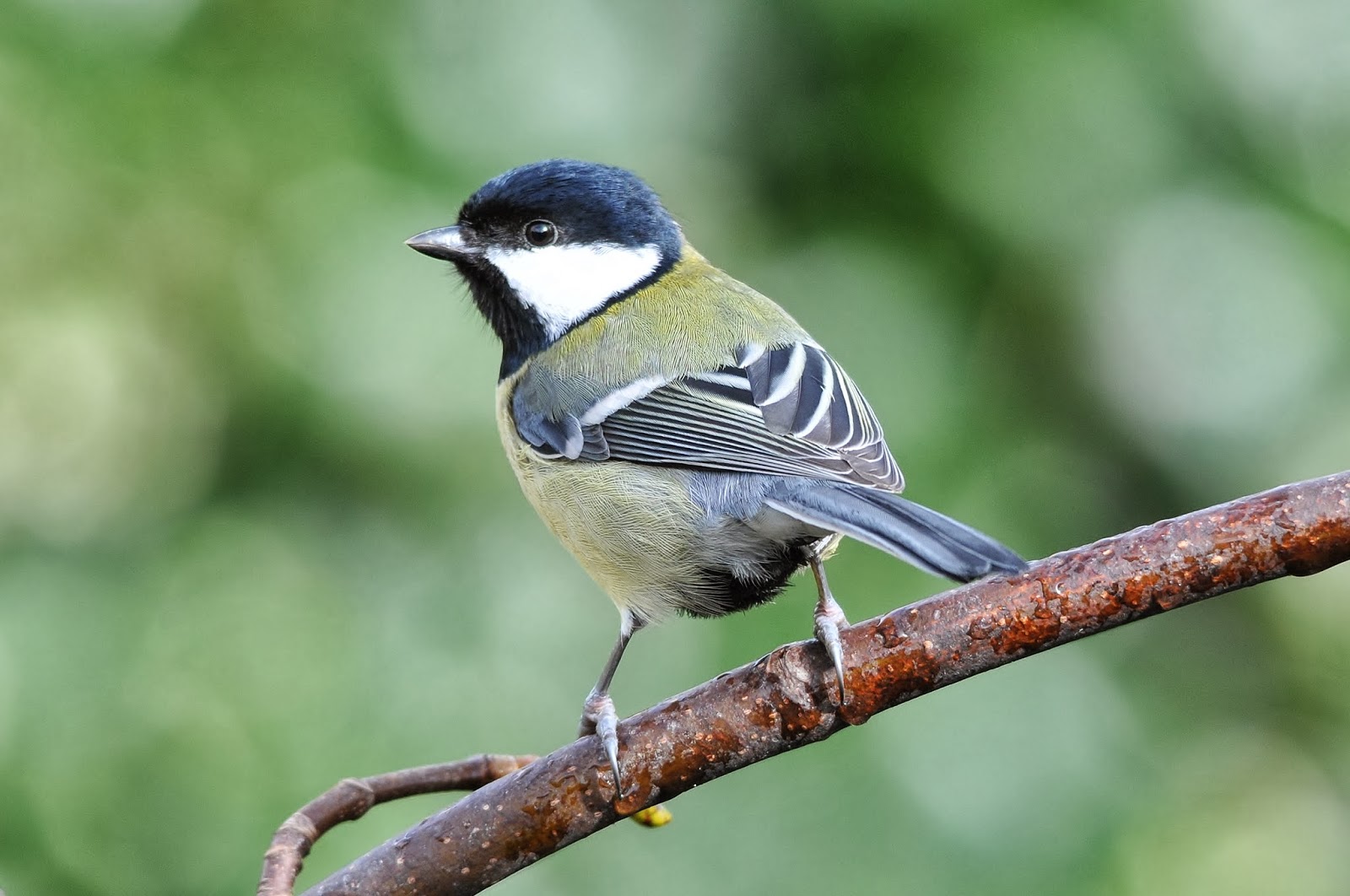 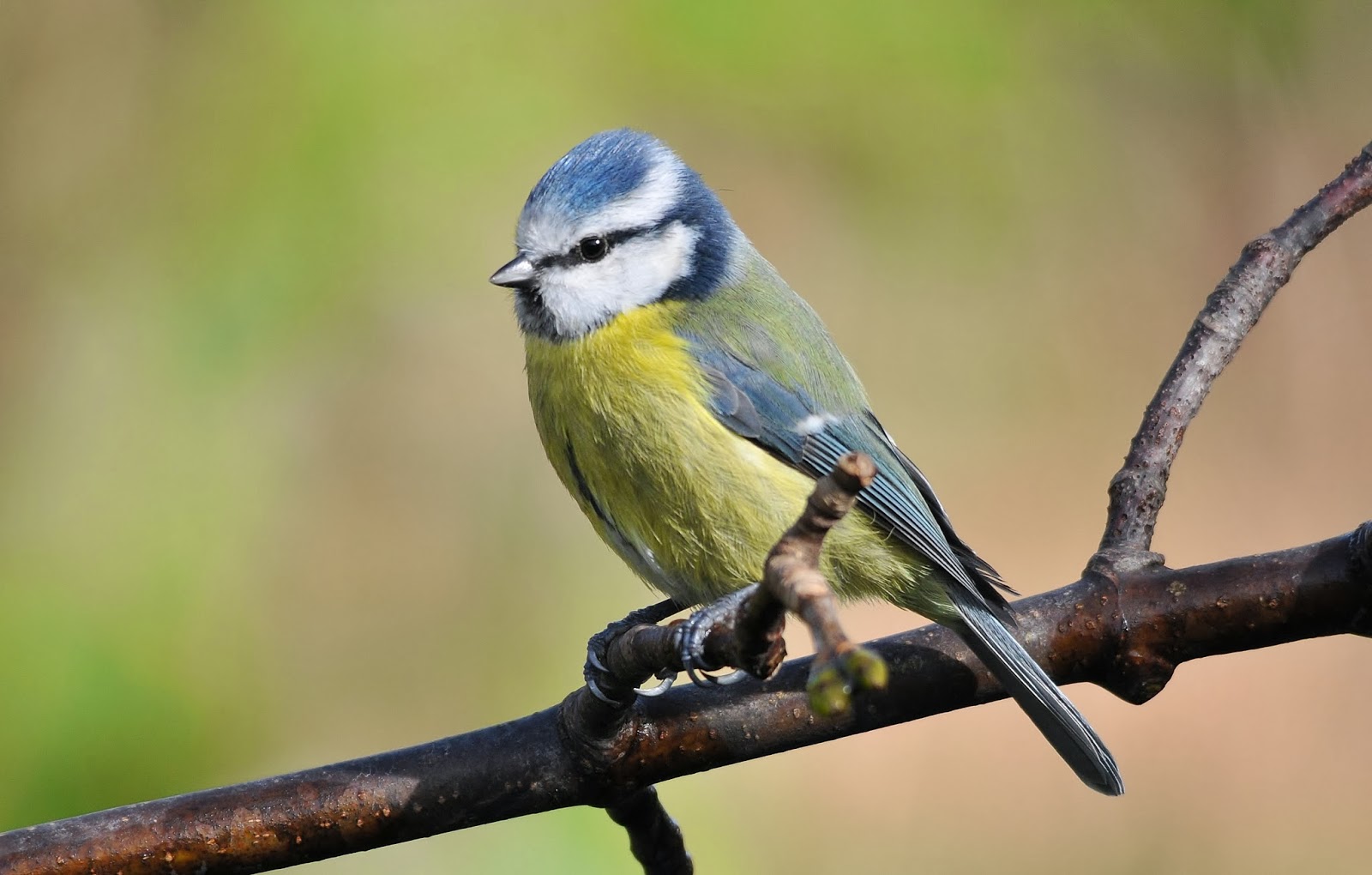 It was then down the Cuckmere valley to have another look at the 3 White-fronted Geese that have now been  there for several weeks. Once spotted it was then a bit of waiting around until they eventually came reasonably close. 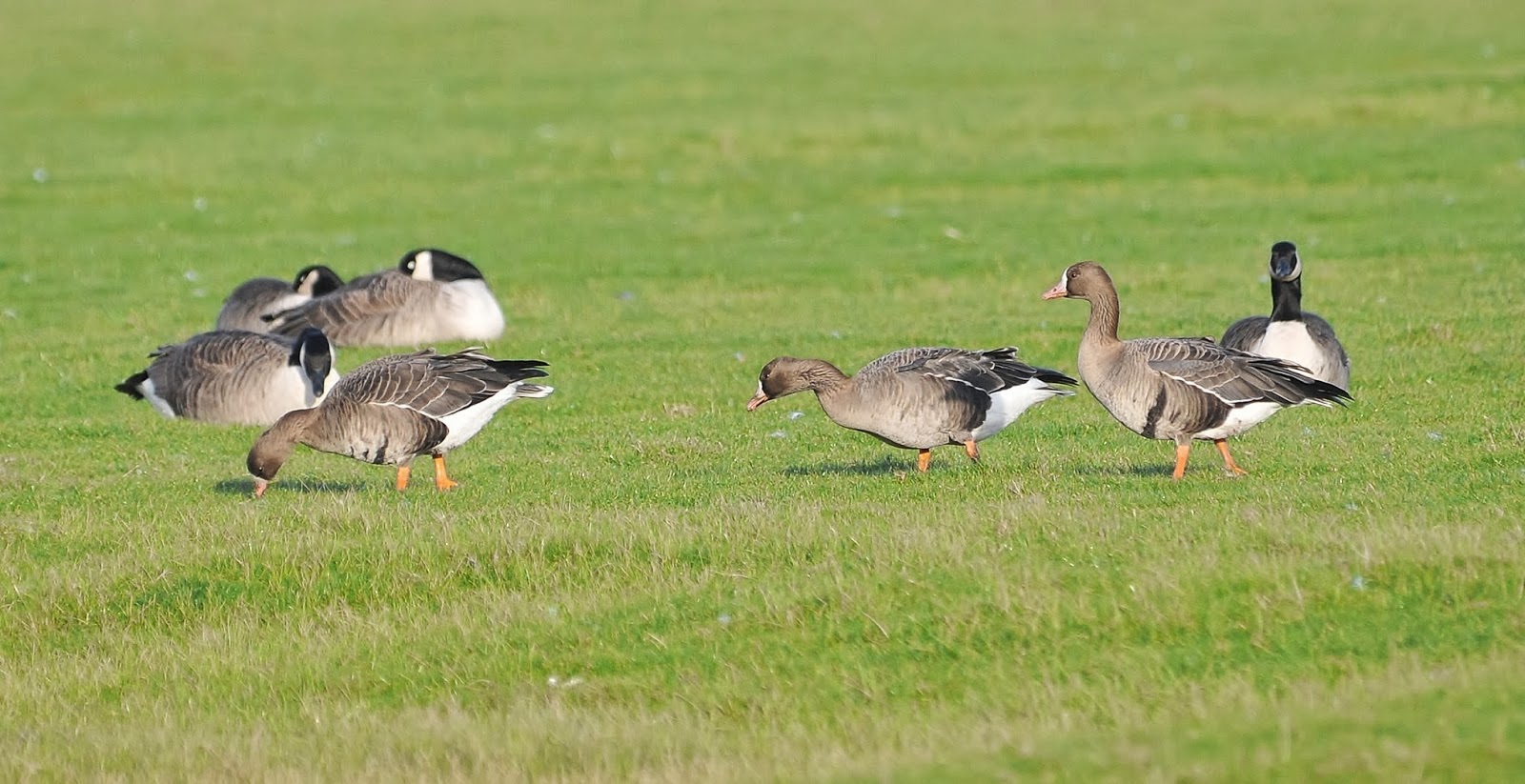 Posted by Bob Eade. at 18:59 No comments:
Email ThisBlogThis!Share to TwitterShare to FacebookShare to Pinterest 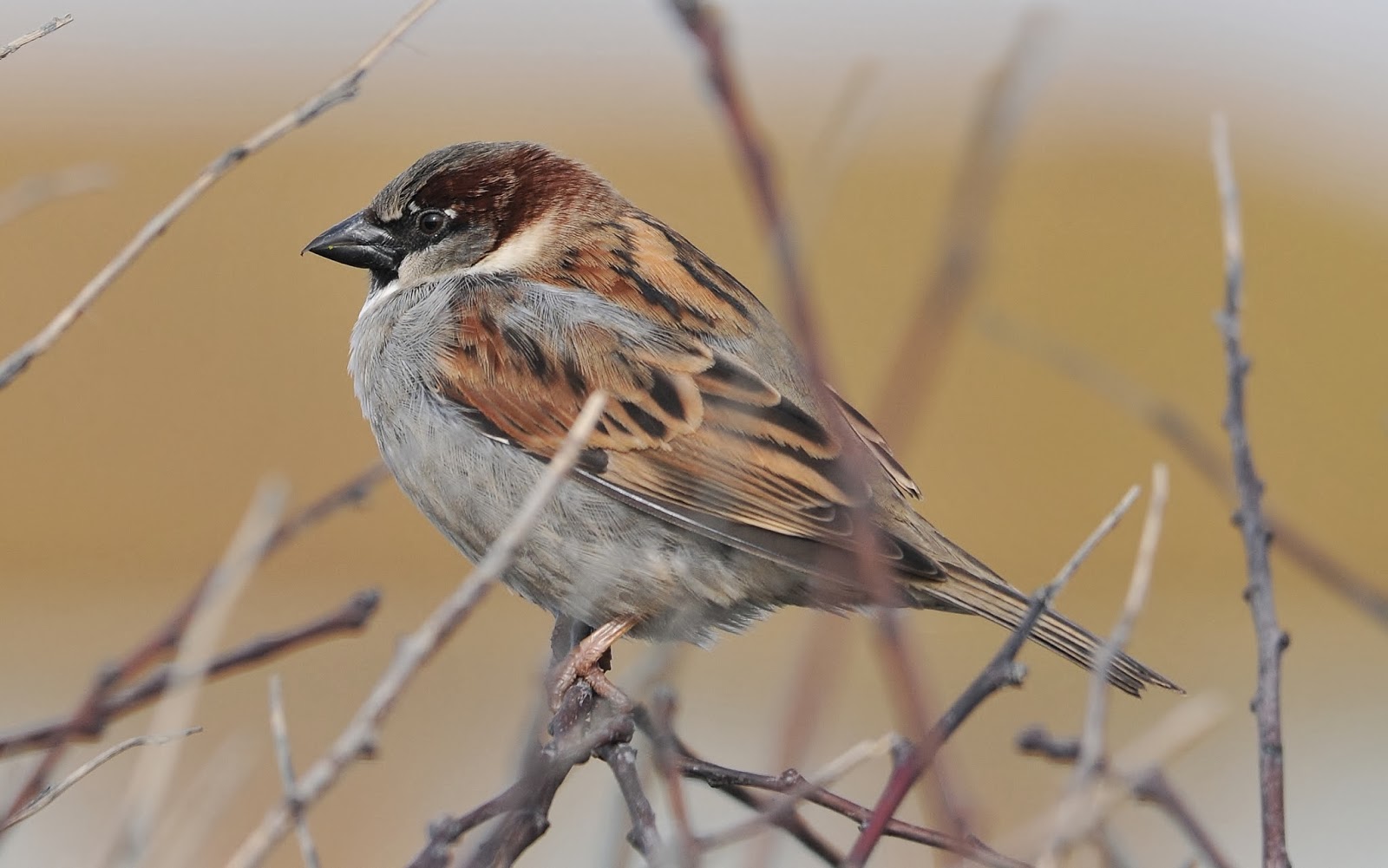 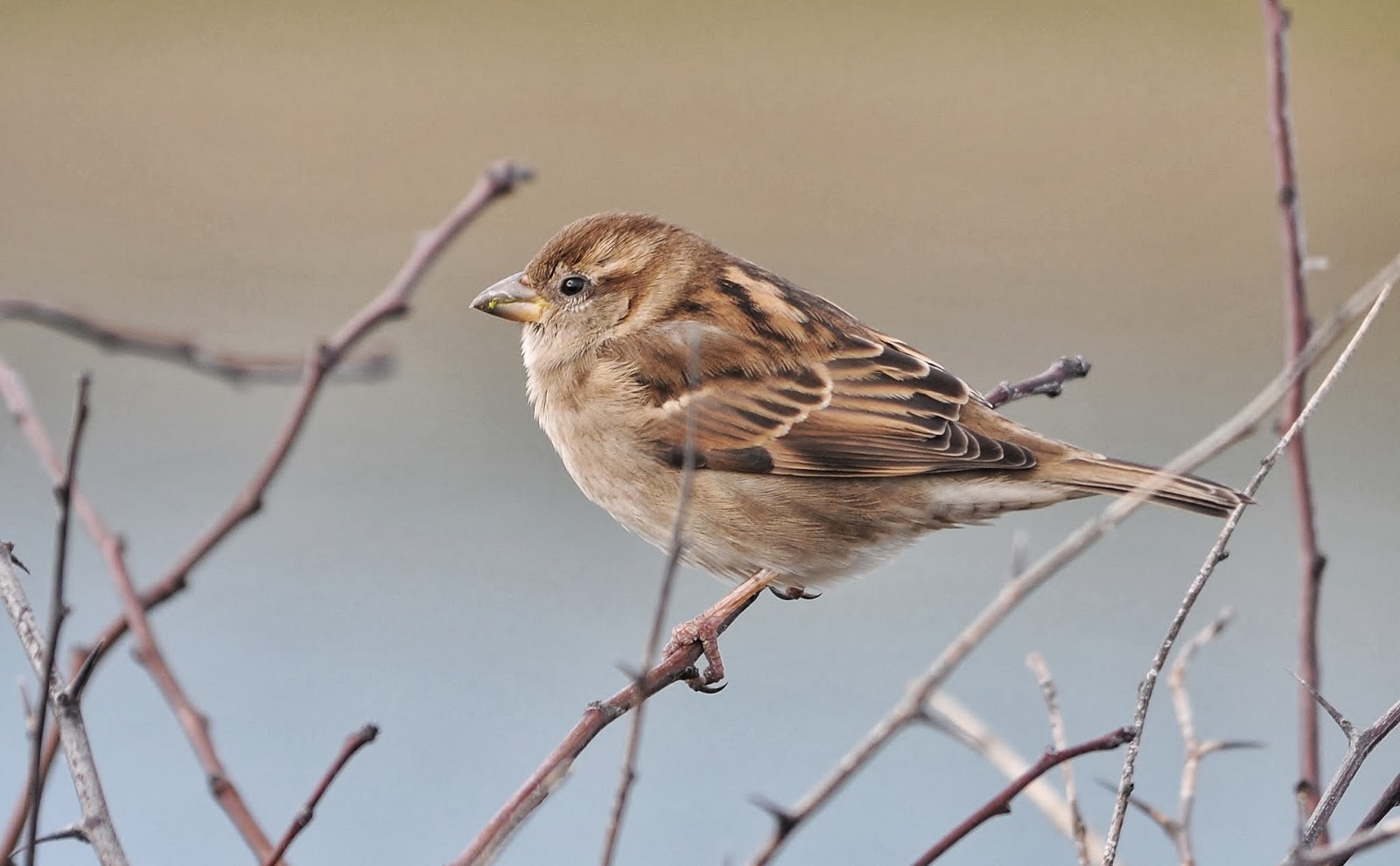 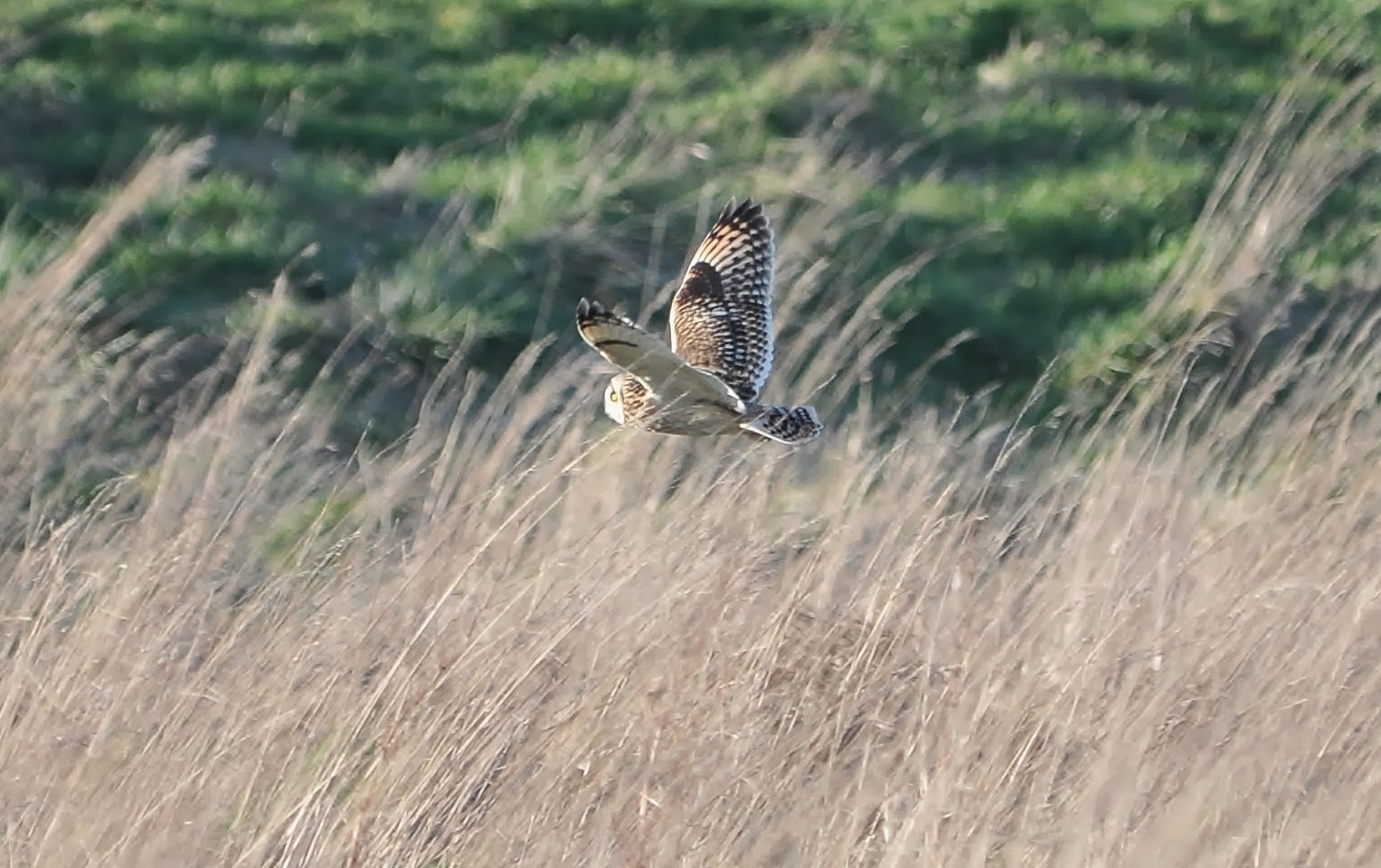 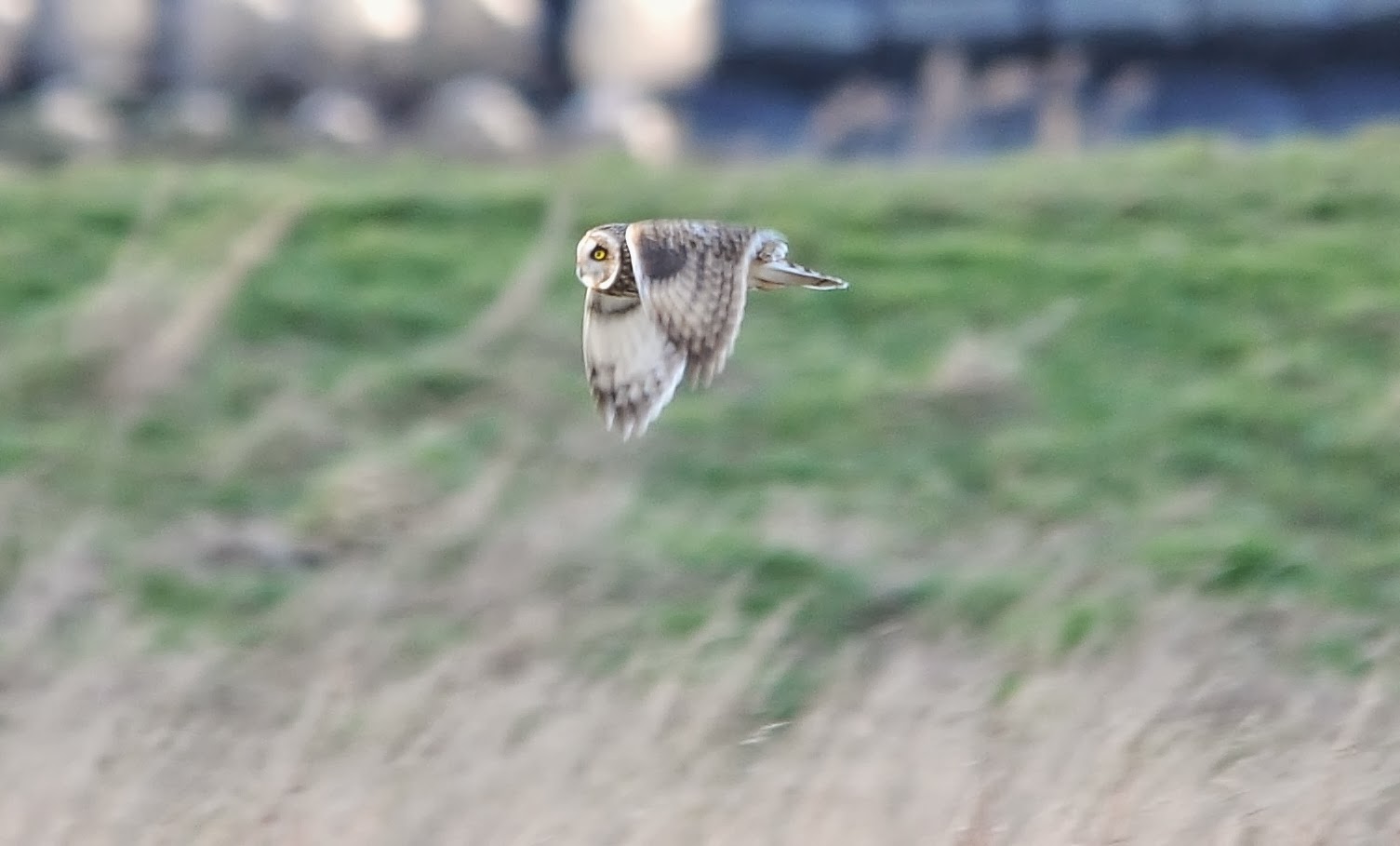 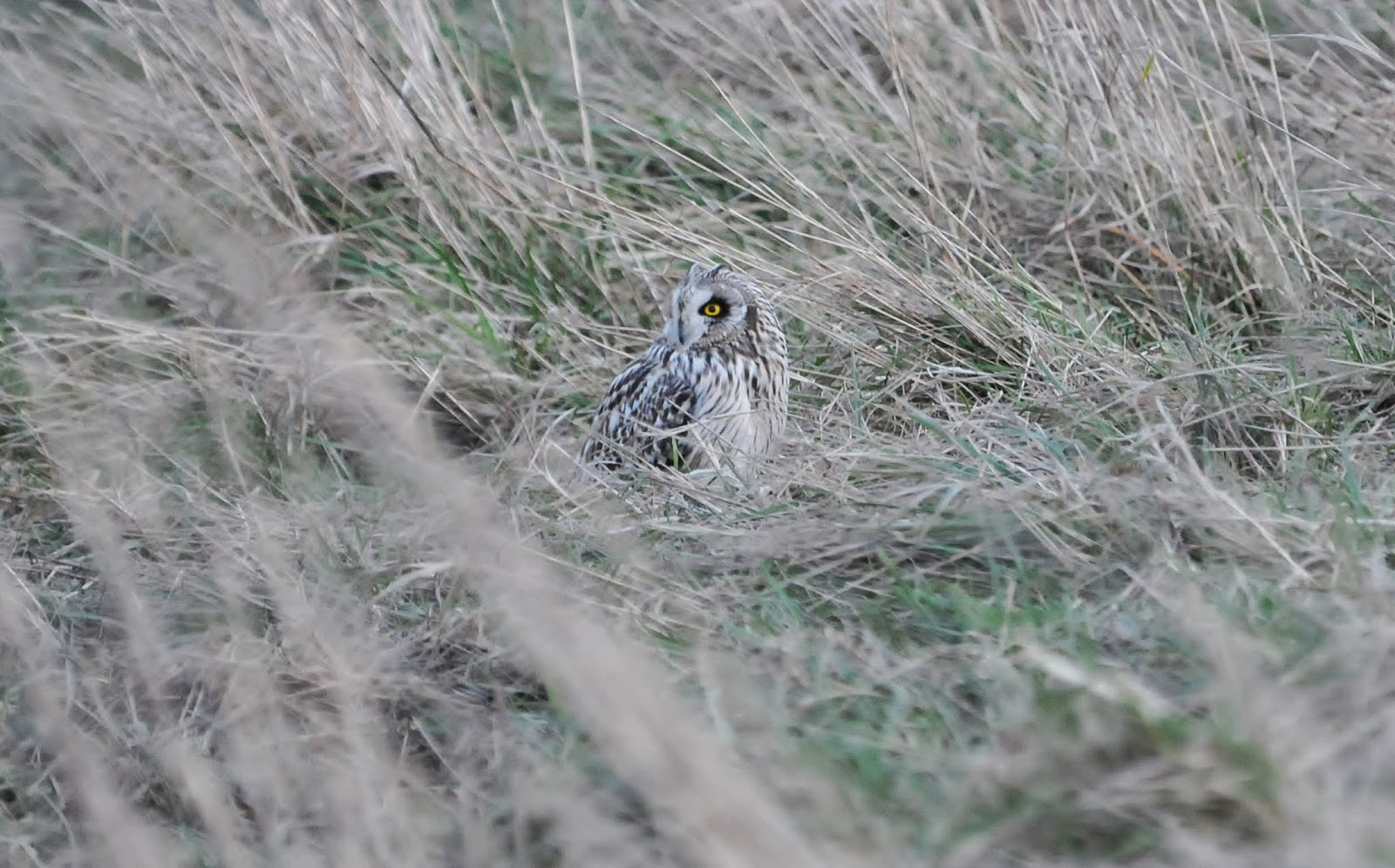 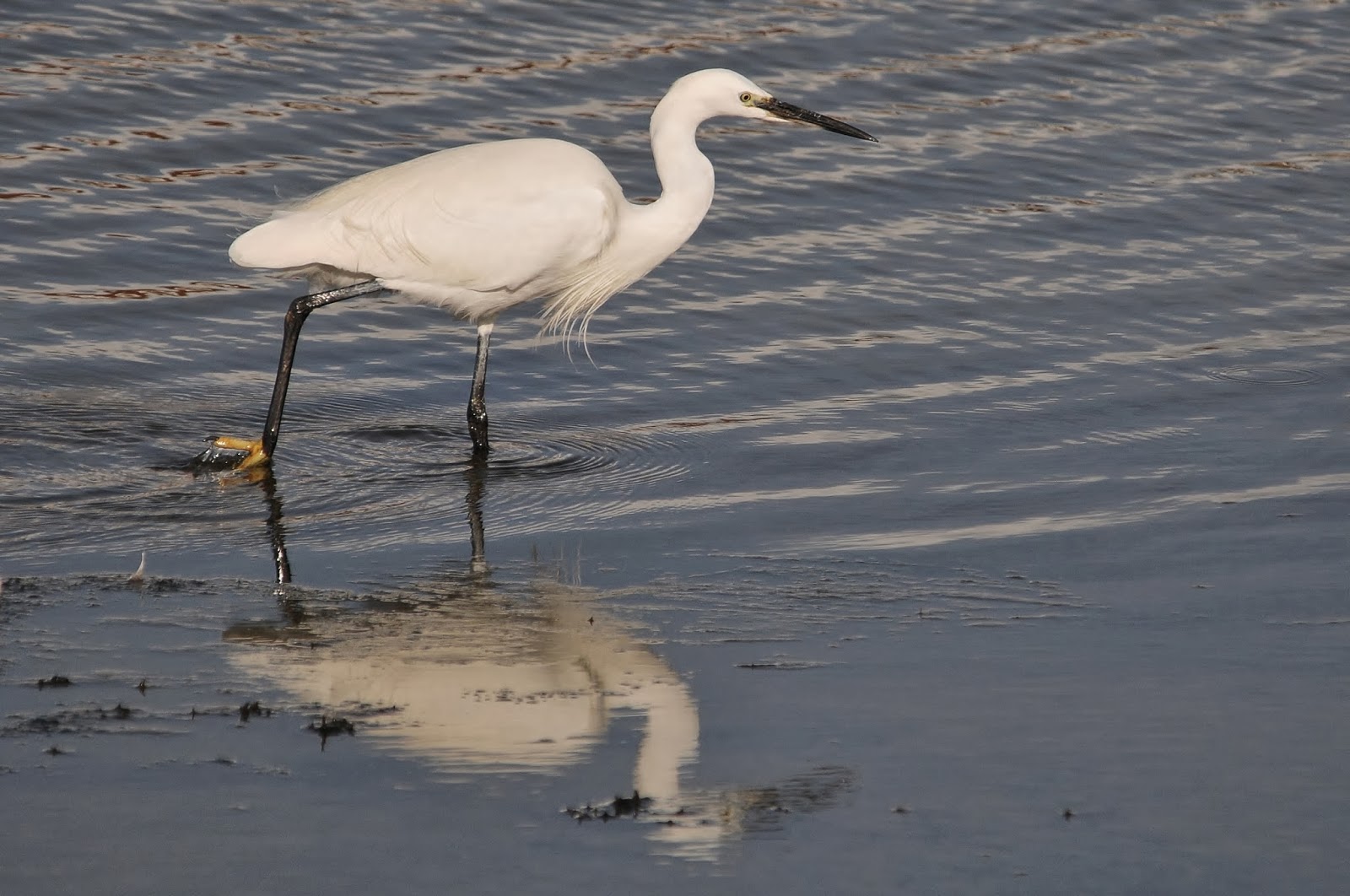 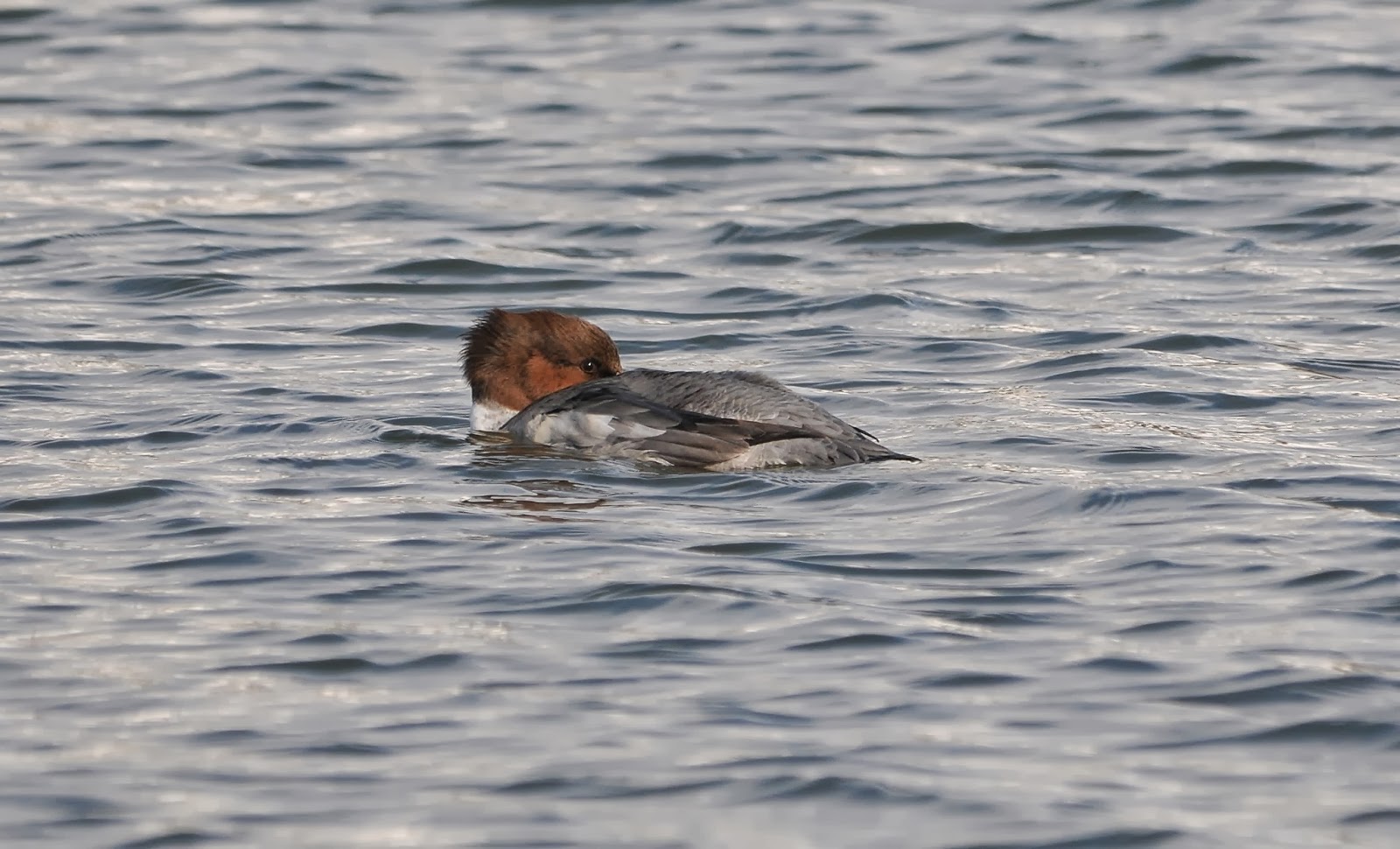 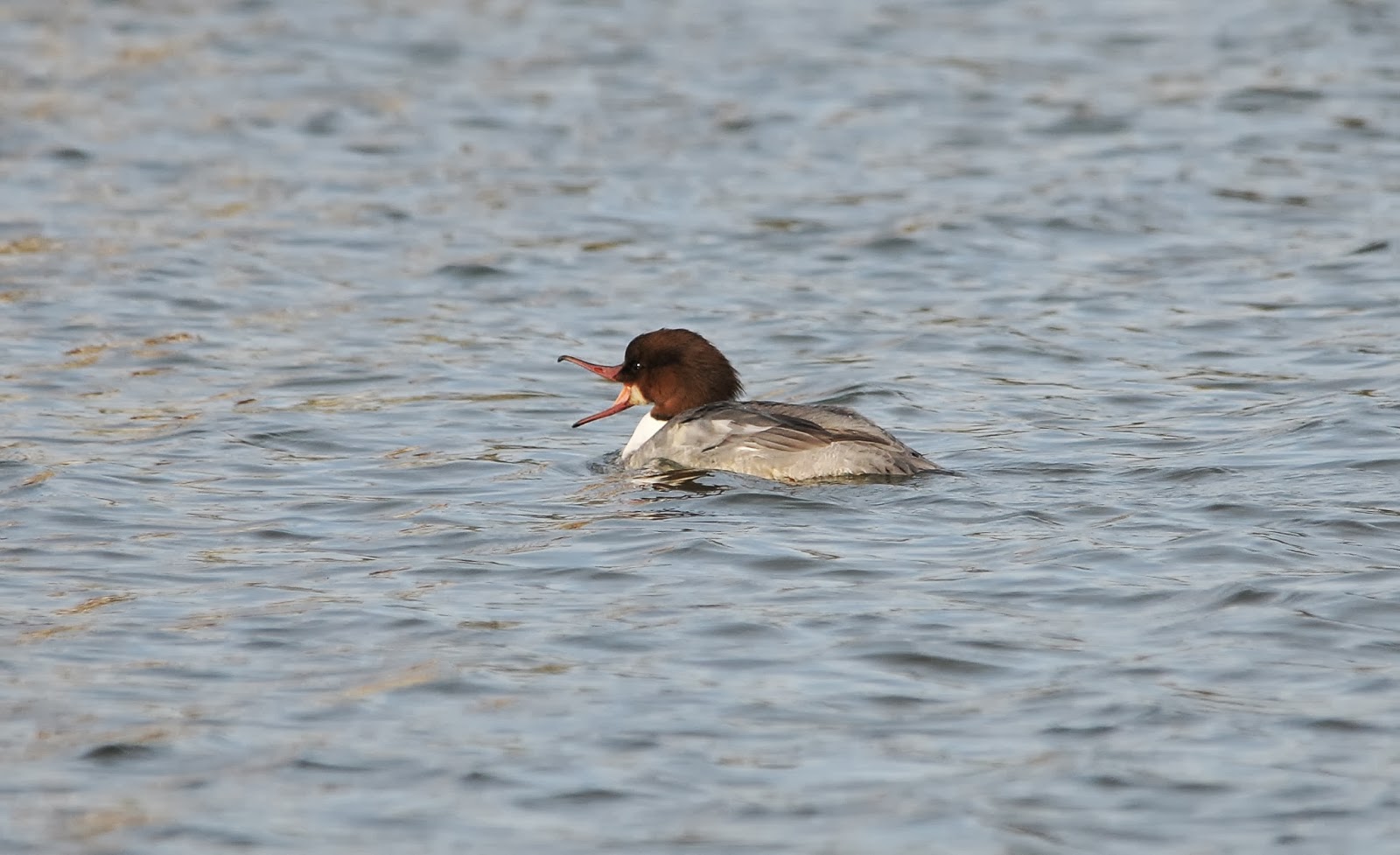 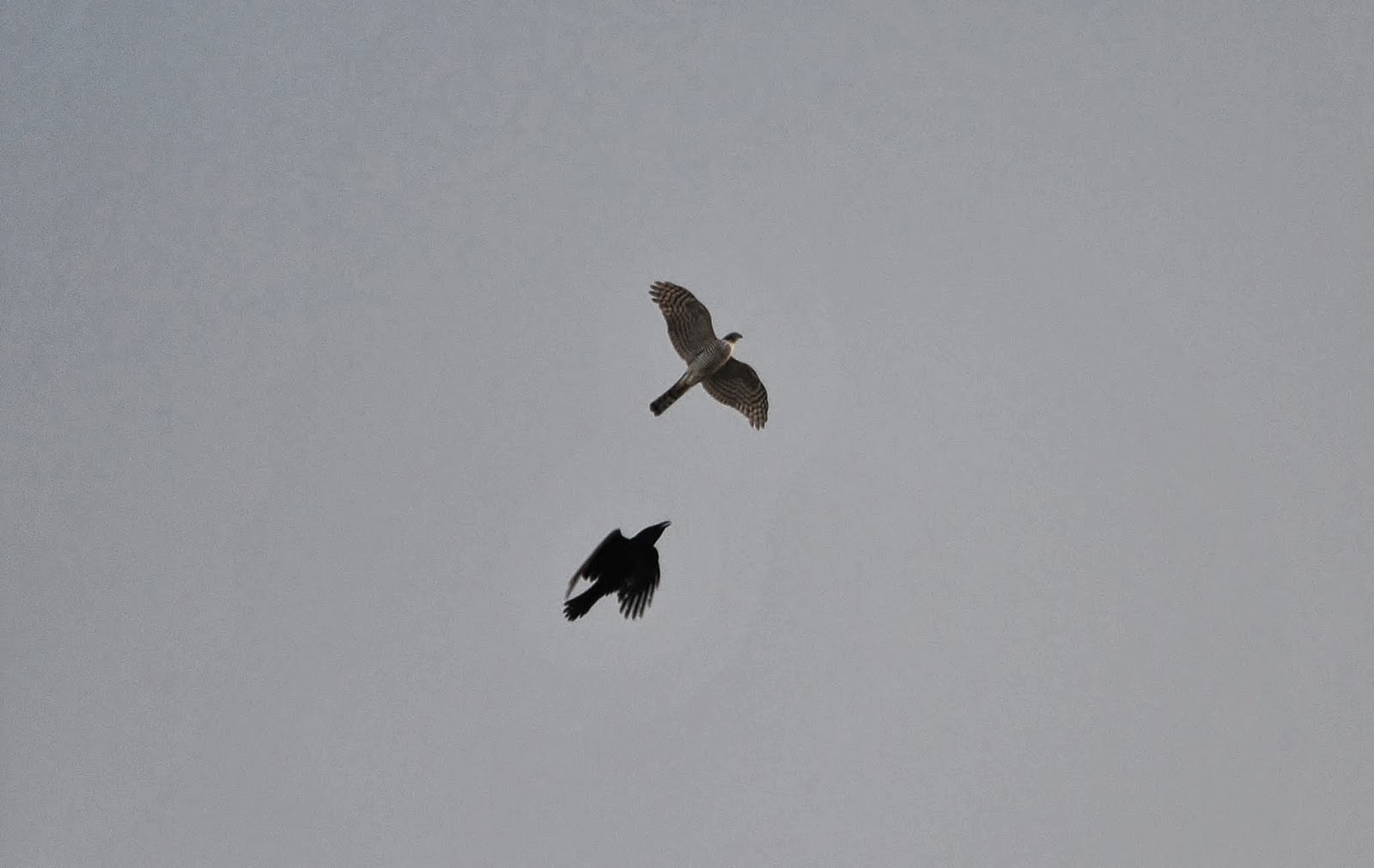 Posted by Bob Eade. at 22:36 No comments:
Email ThisBlogThis!Share to TwitterShare to FacebookShare to Pinterest

I just couldn't resist another trip today to have another look at the delightful Purple Sandpipers at Newhaven, especially as the rain held off today. Once again the numbers were well into double figures moving on the Pier, occasionally flying off and then coming back and resettling and a couple of times walking right up to me. I make no apology for putting more images from todays session on the site!! 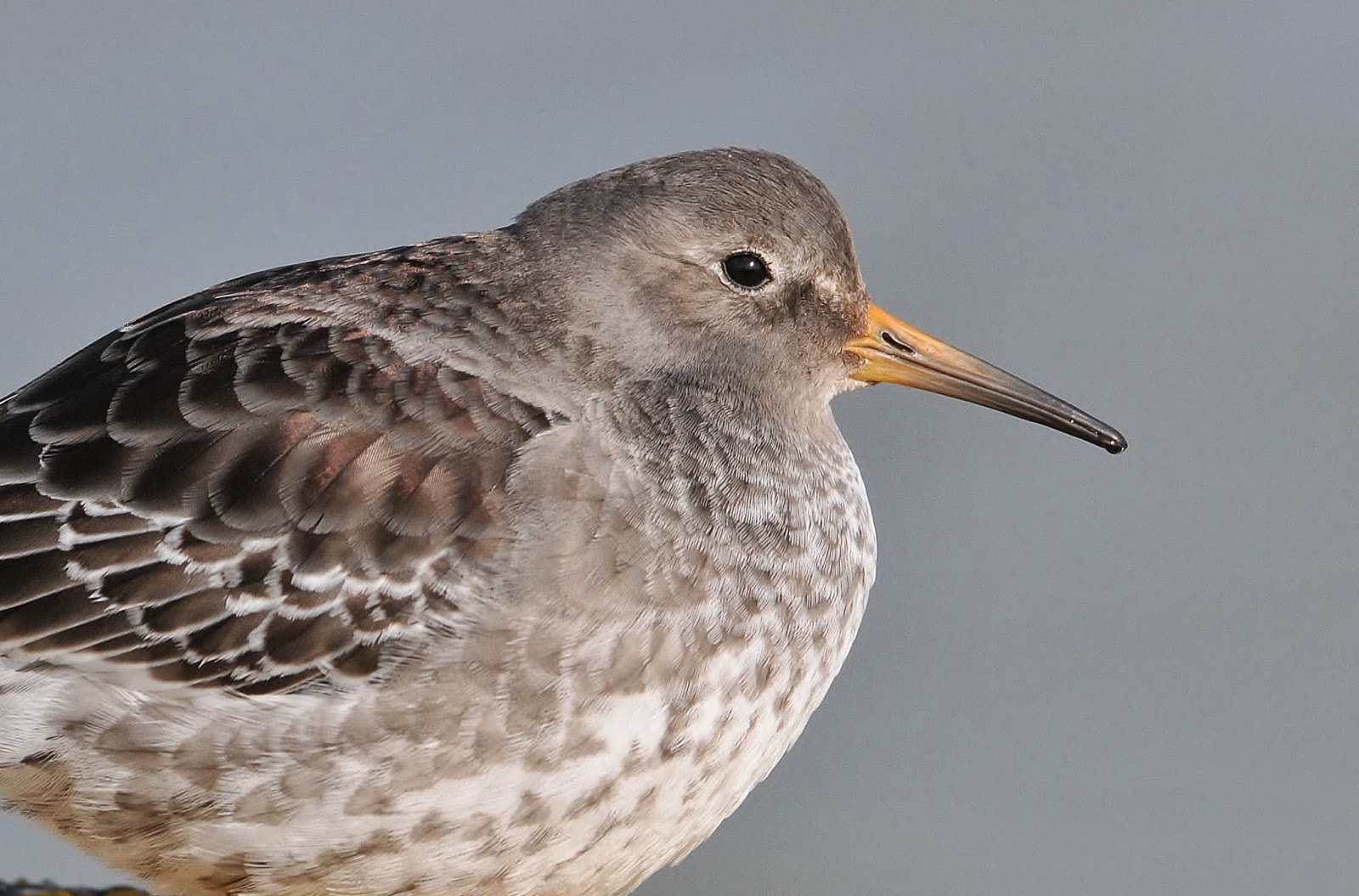 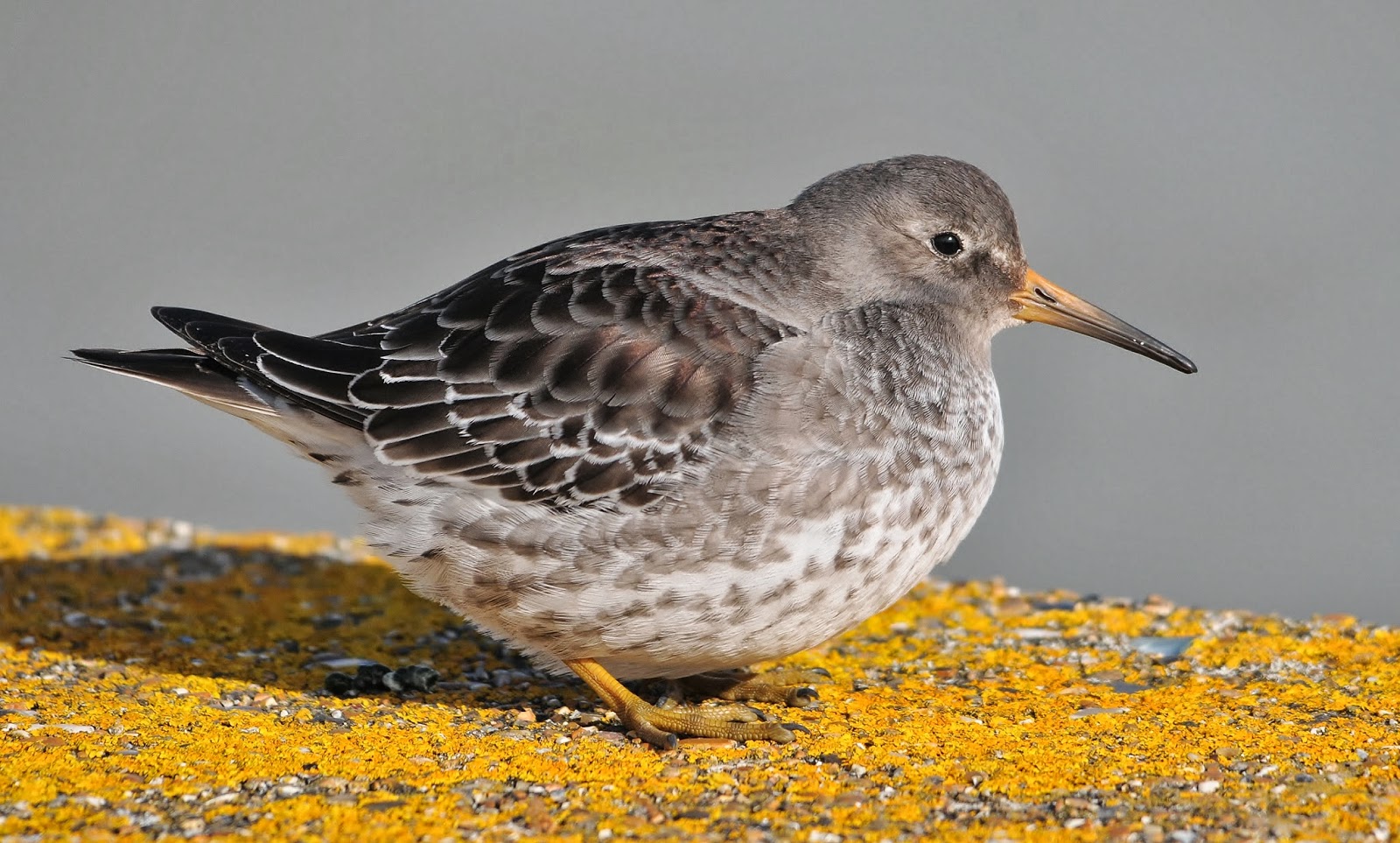 The sun also brought out the purple sheen on their feathers. 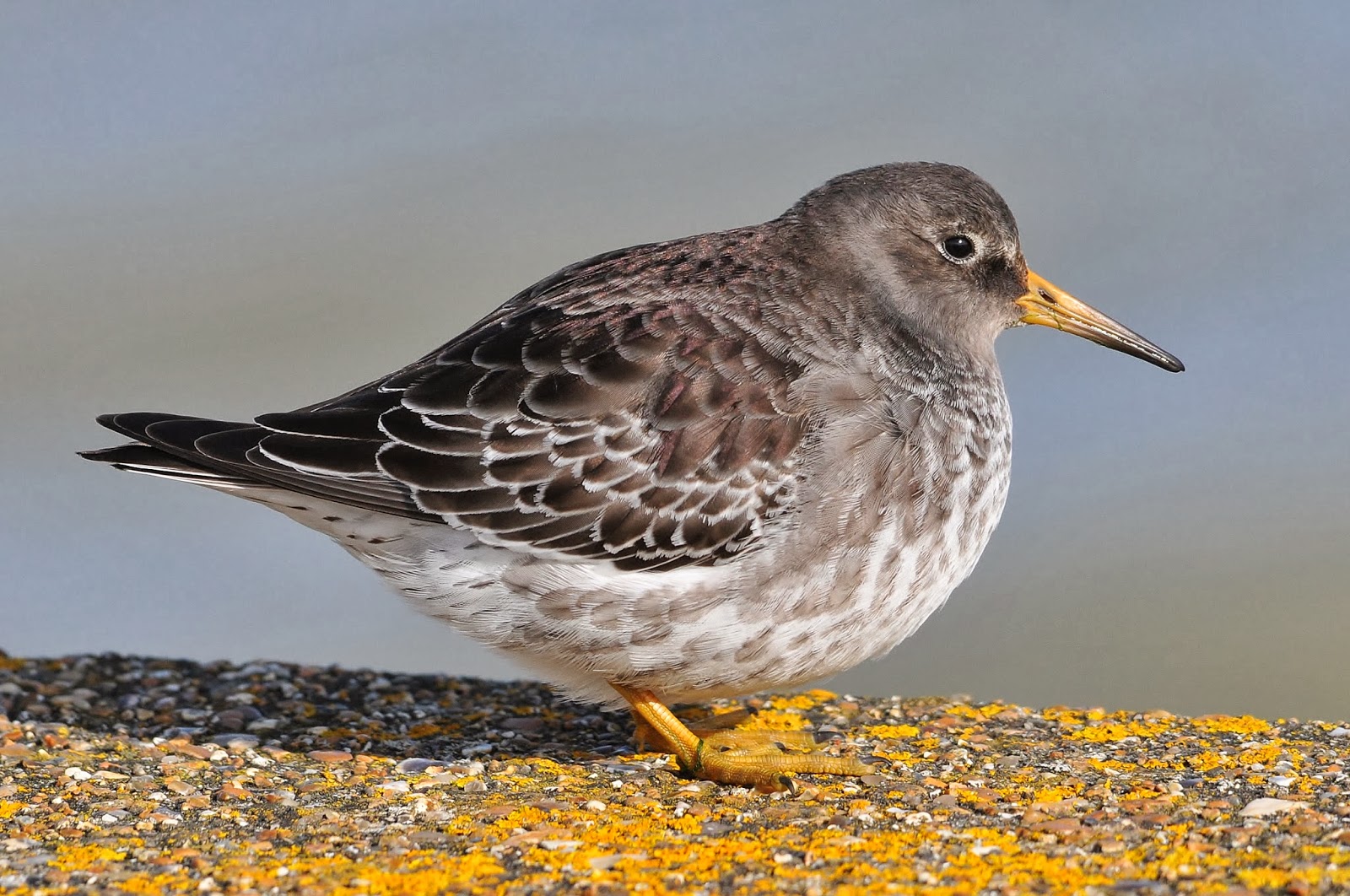 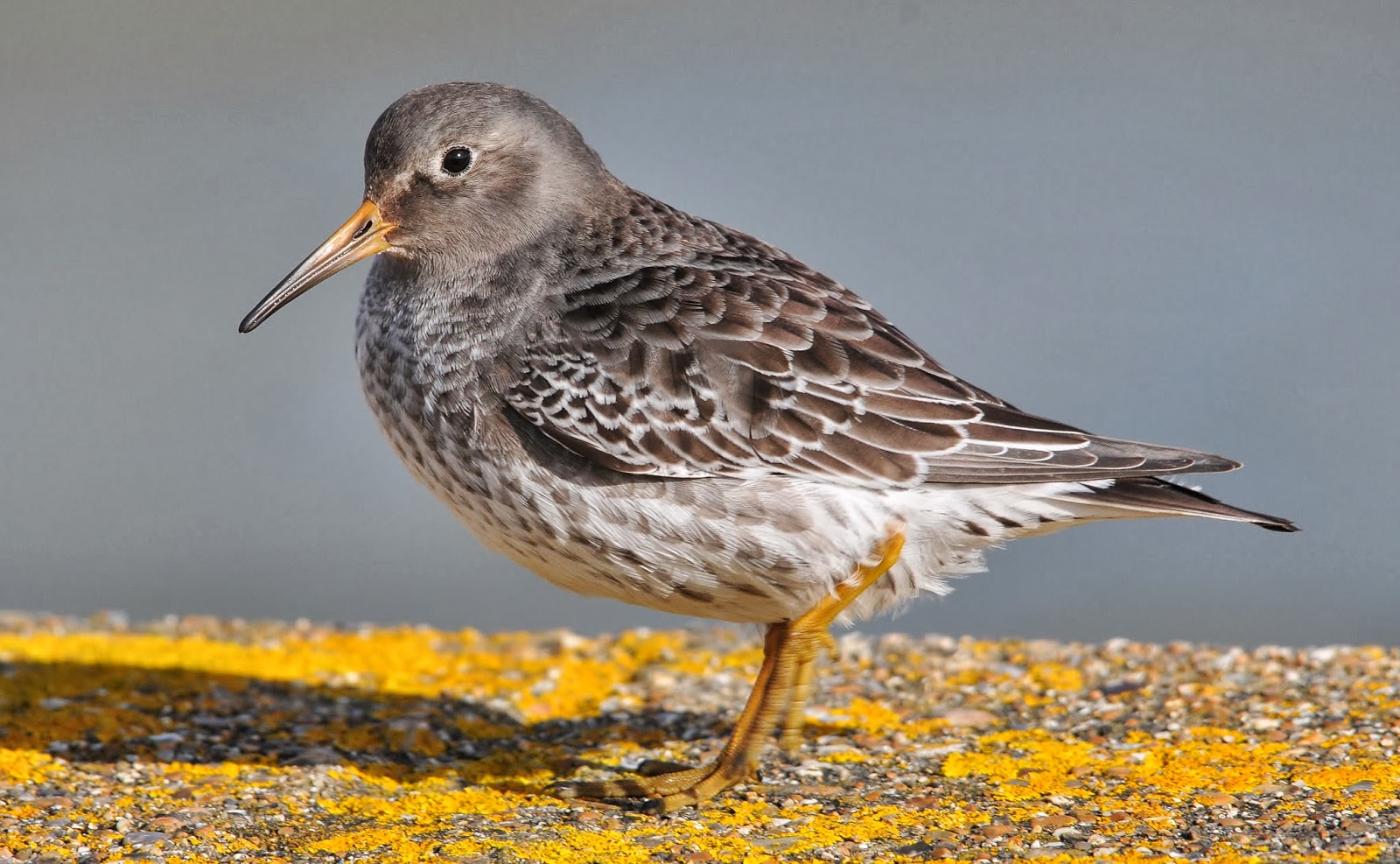