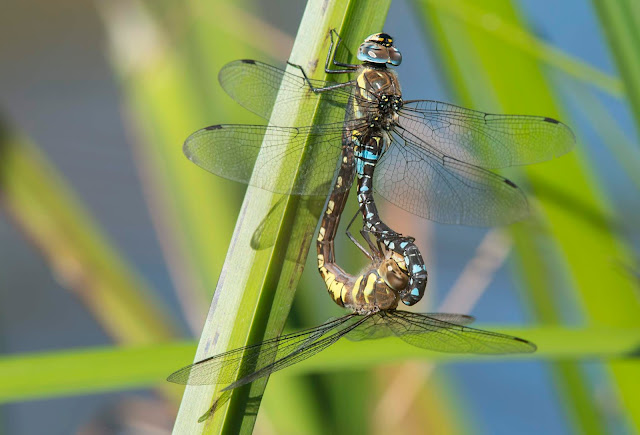 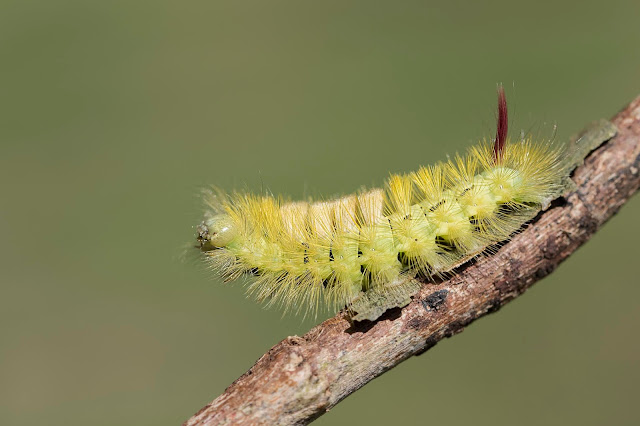 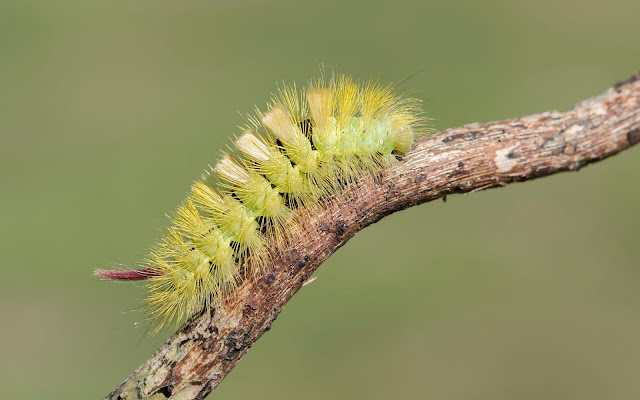 On Monday evening I managed a very quick visit to one of my favourite Small Copper colonies. This has been a very successful area for me over the past few years, but with it being a few weeks into the 3rd brood I really thought that all the best specimens would be over and I would have missed my chance.

As it was, it was clear right from the start that there were still plenty of butterflies about with lots of butterflies taking advantage of the sunny conditions. However, as expected most were showing signs of being on the wing for some time, and several had probably also got a bit battered over the weekend that had been extremely wet and windy.

Eventually though, a couple of reasonably fresh individuals were found and they performed reasonably well as they started to go to roost. A short 30 minute session, but great to get out with the camera again. 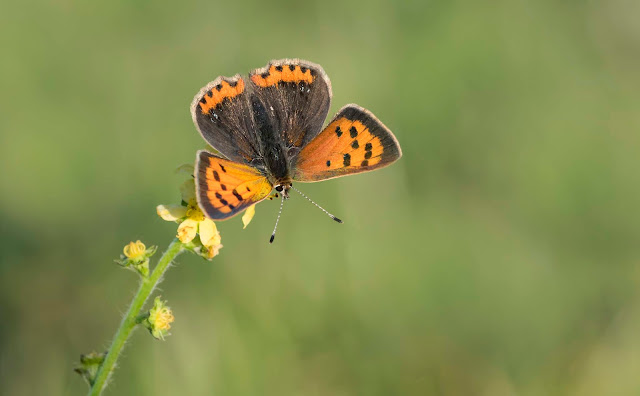 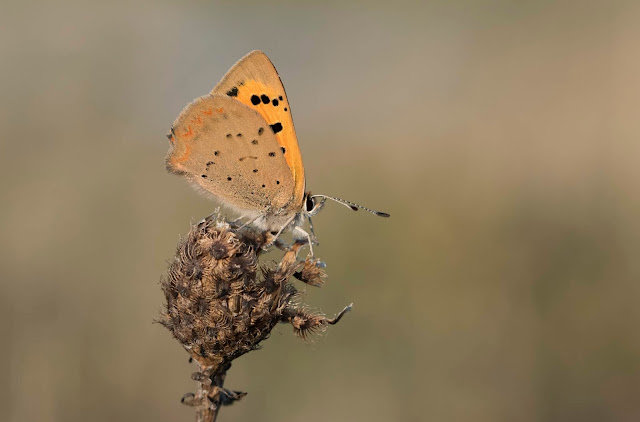 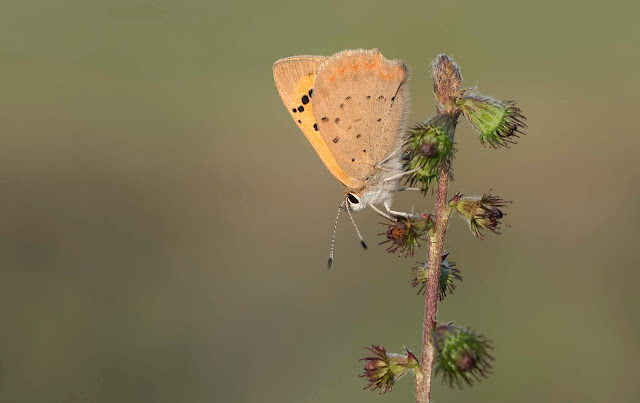 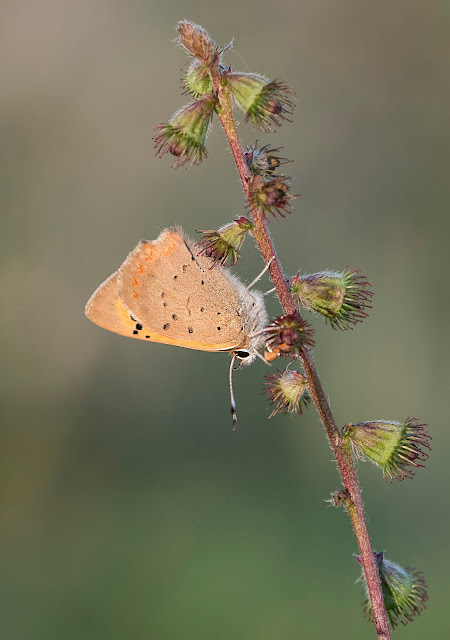 Back in the long forgotten Spring Matt helped me see and hear a fabulous Grasshopper Warbler that we saw at pretty close quarters as it performed the famous 'reeling' call. It was an extremely early morning start and the sun was not even showing when the bird appeared, but it was certainly worth getting up for!!

Put simply, it is a sight and sound that I am not going to forget in a hurry!! I can only show you the sight, but if you haven't heard the fabulous 'reeling' before it is well worth looking at some of the recordings on Youtube that are available of these birds performing.

The bird first appeared some distance away, but gradually it came closer until it was just a matter of around 20 feet away. 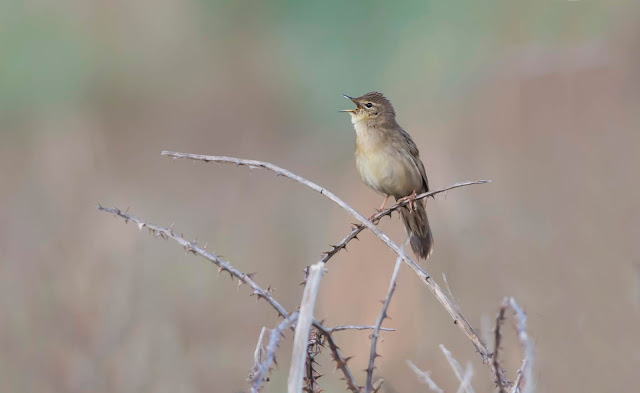 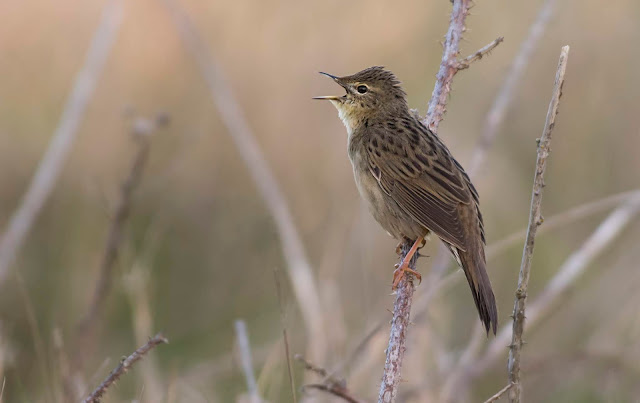 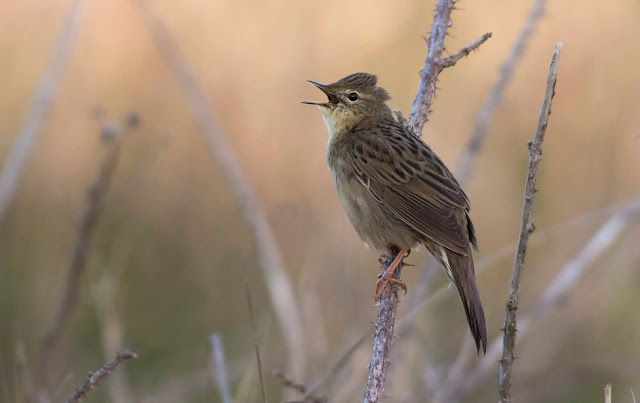 It has been very difficult over the past few weeks to get out much, so I have been looking over photos from the past few months, and I noticed that I had somehow not posted any photos of the Small Pearl-bordered Fritillaries that have in 2017 been re-introduced back into East Sussex.

2 local woodlands were used for this with one being the main woodland that only lost the butterfly a few years ago. This has been the more successful of the 2 woods. I only managed to visit the wood twice in the early summer brood but a few of these delightful butterflies did show quite well.

There was even a 2nd brood hat did very well, but once again, I failed to get there during the flight period.

A small selection of the images I managed on those 2 short visits. 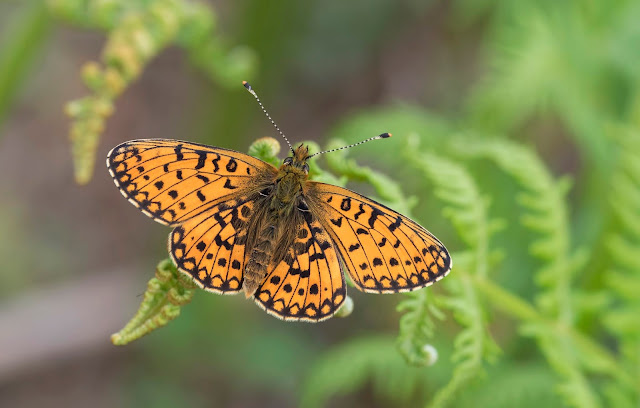 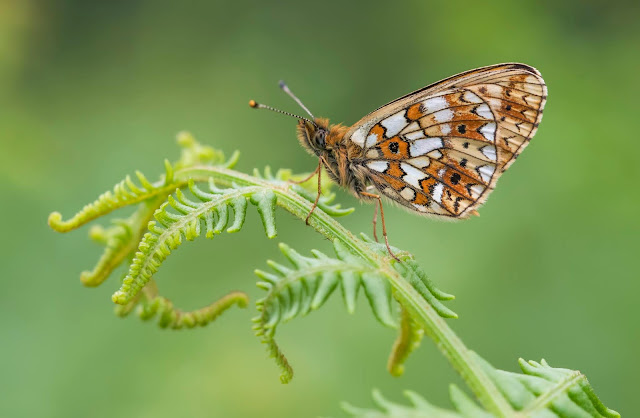 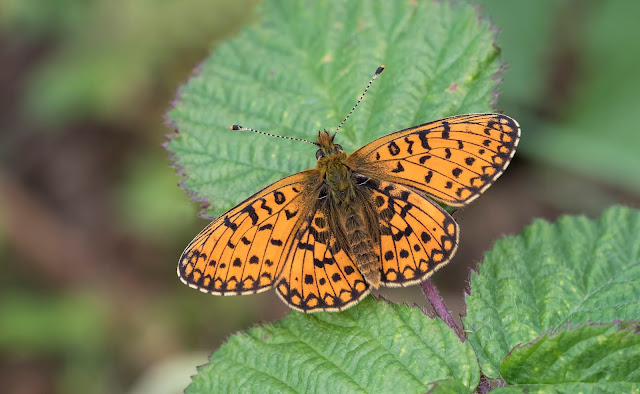 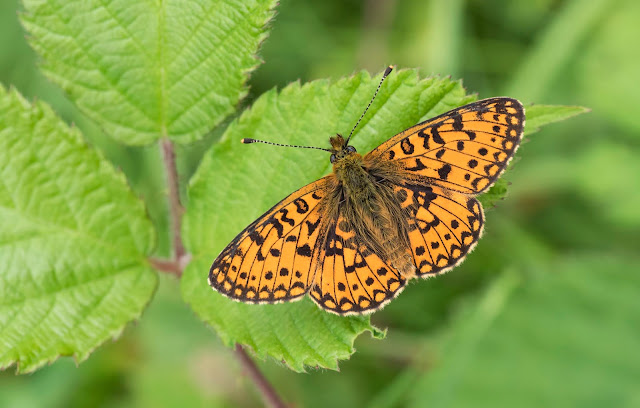 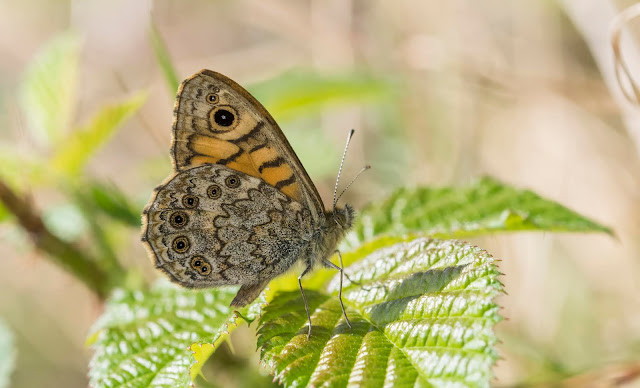 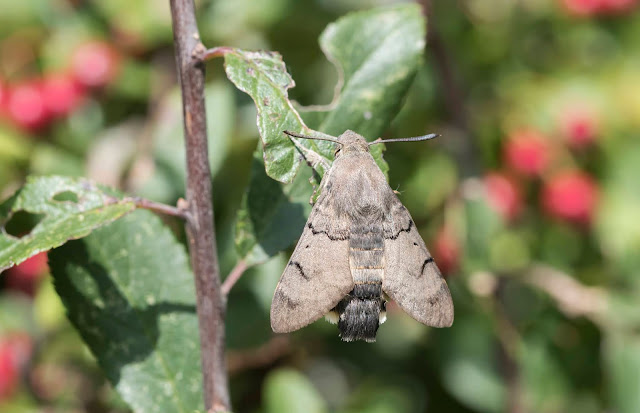 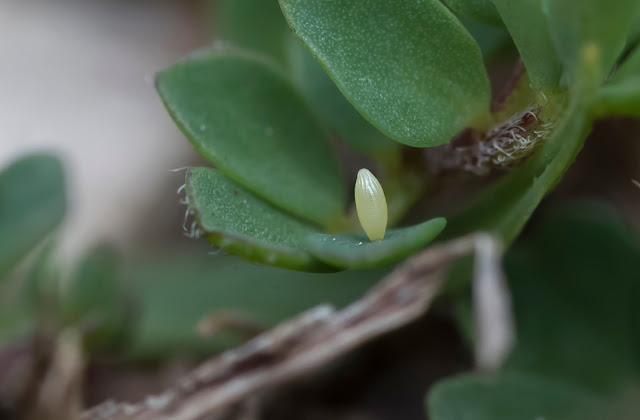 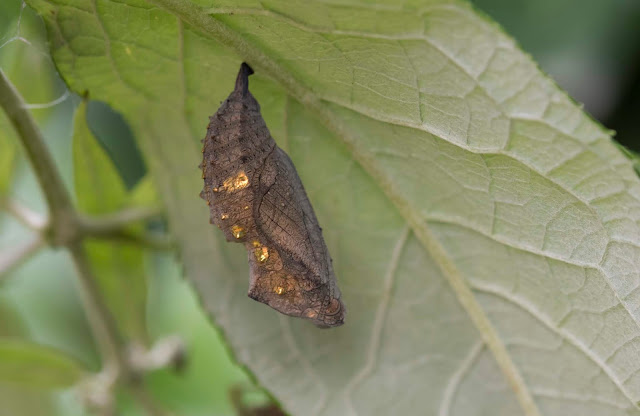 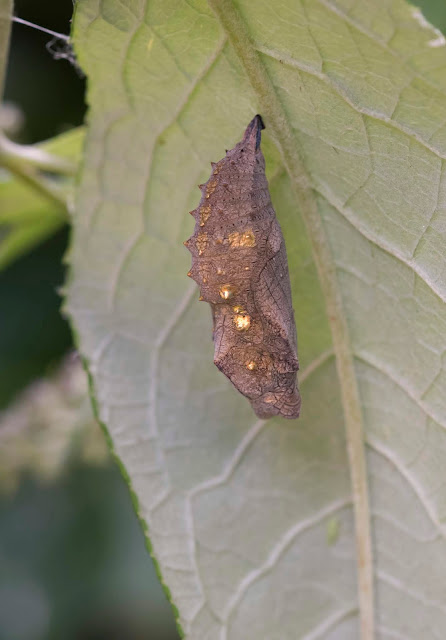 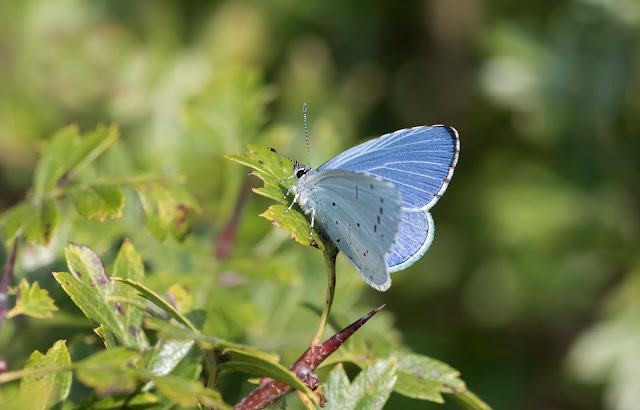 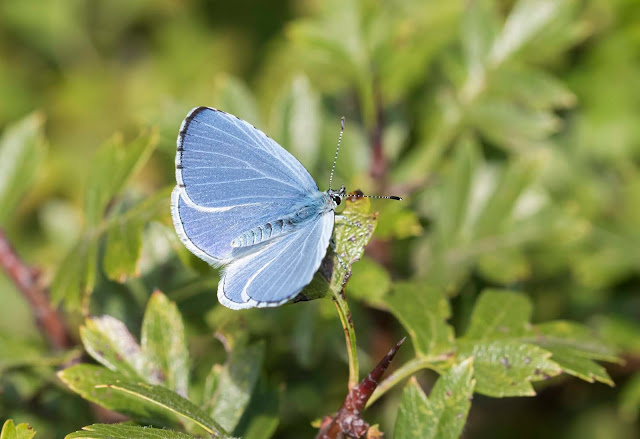 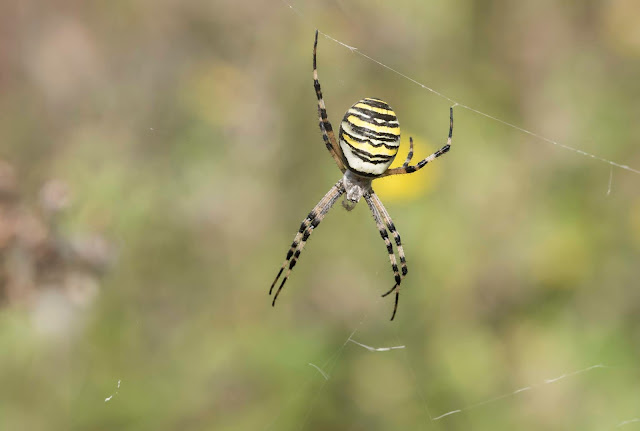 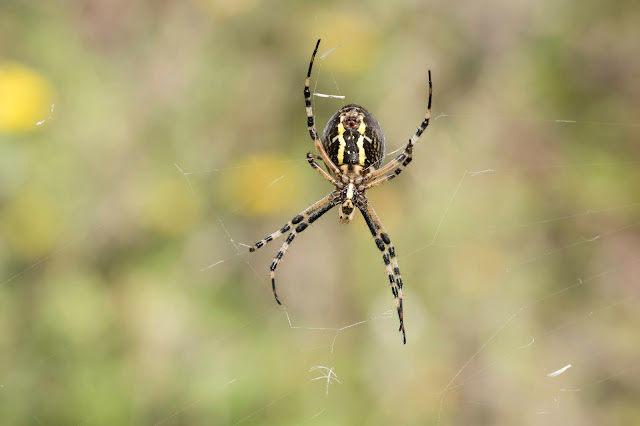 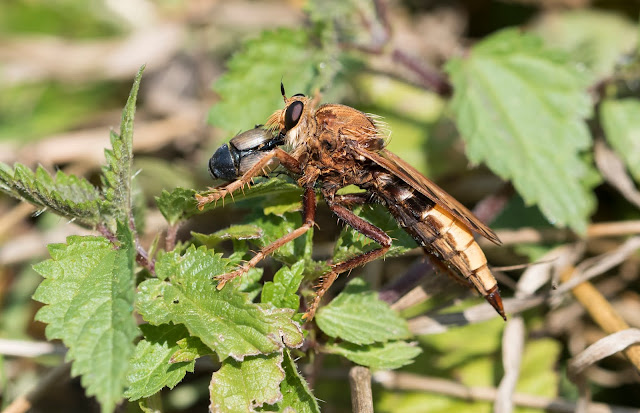 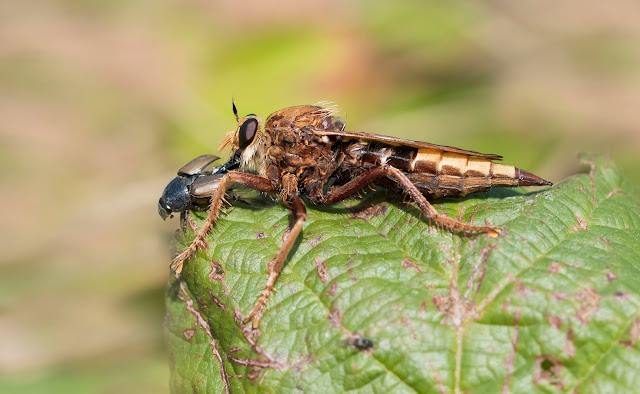 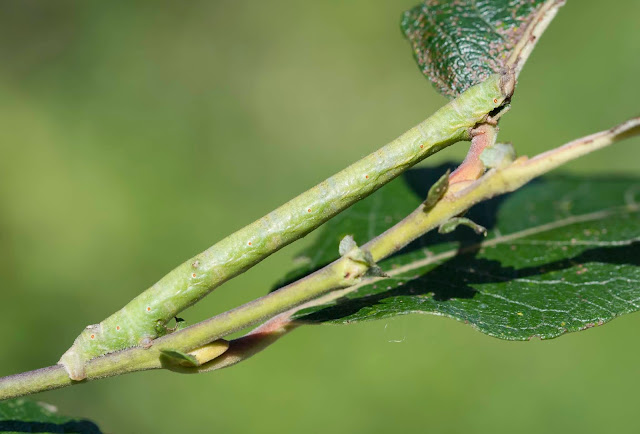 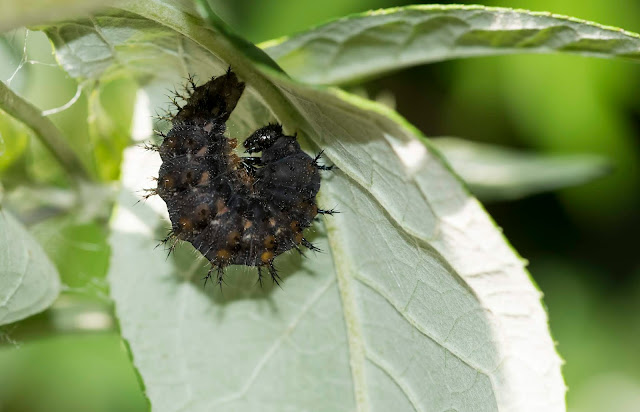