I have recently returned from co-leading a Naturetrek tour to Fuerteventura for the 2nd year running. After the drought of last year, this year was a lot greener as the island has had much more rain in recent weeks. This has probably affected the wildlife seen as some species were much easier whilst several were much harder this year.

I will start with some of the birds seen in the Hotel gardens and surrounding area.

Every day Egyptian Vultures were seen flying over, or sitting on the ground feeding near some goat pens on the nearby hillside. Both the darker juveniles and adults were seen with up to 9 at a time. A single Hoopoe was also seen, but only by myself, although one was seen further afield late in the trip. Spanish Sparrows were also in good numbers around the grounds. A Yellow-browed Warbler was very evident each day as it called often. Barbary Partridge occasionally came into the gardens to feed. Probably the most beautiful bird was a superb Fuerteventura Blue Tit that also called regularly. This bird is so much brighter coloured than our garden Blue Tits back home. Both Collared Doves and Laughing Doves were regular. Missing were the Corn Buntings, presumably with more vegetation in the wider area they were finding food easier away from the grounds. 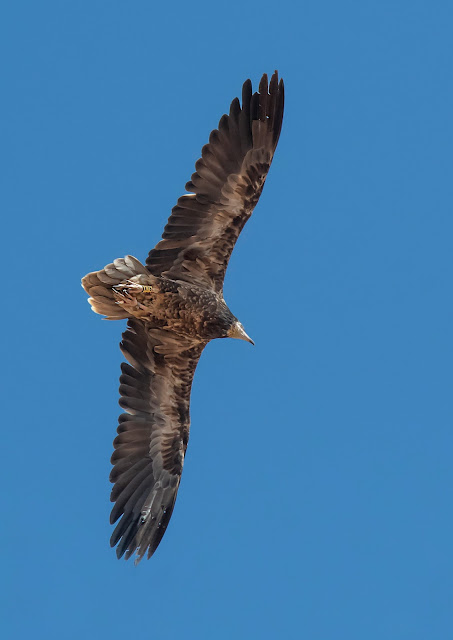 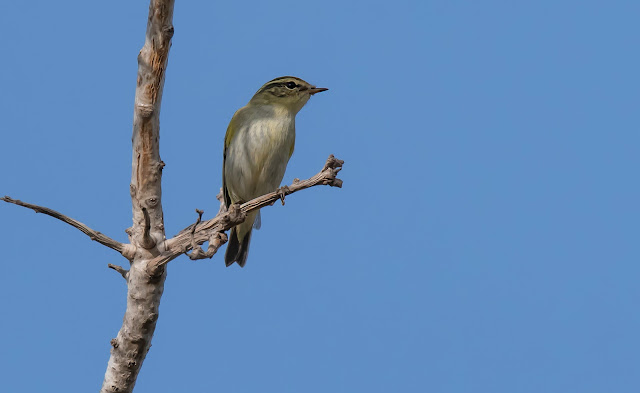 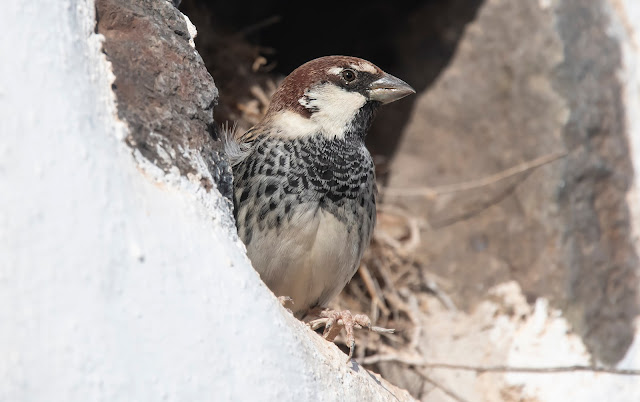 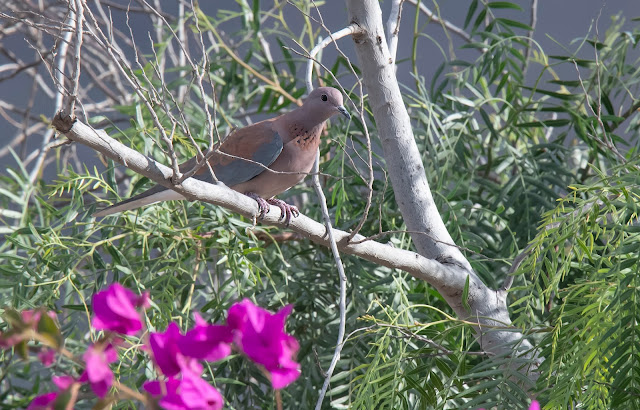