One of the butterfly species on our Fuerteventura trip this year that was found in greater numbers than last year was the Plain Tiger.

It was found in several sites, including the same one as last year and once again we found some of the caterpillars feeding on Apple of Sodom. We also found several female butterflies egg laying on the same plant, and one egg I actually saw being laid.

Nearby a few male Plain Tiger were seen feeding on minerals on the path in an area where a water pipe had been damaged so some water had gathered.

This is a really beautiful species that is closely related to the Monarch, which we also saw in better numbers this year. 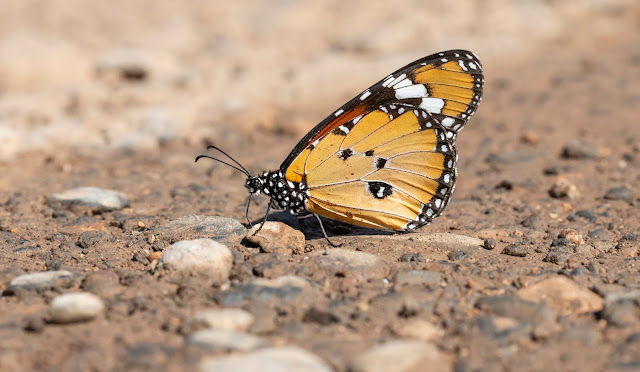 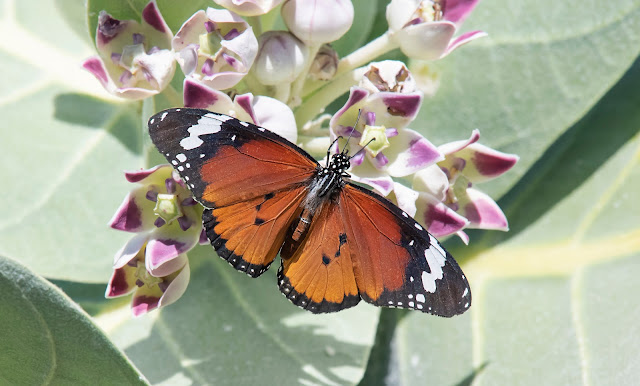 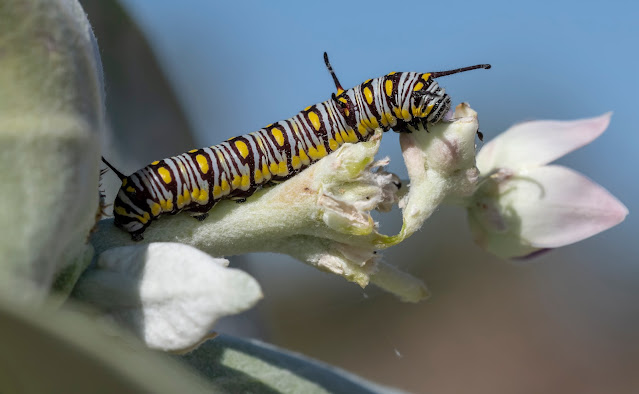 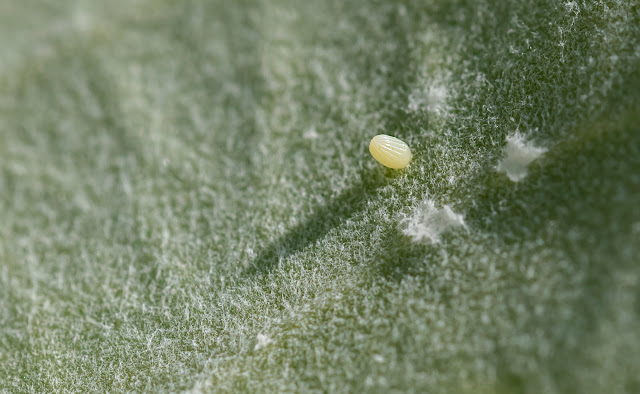