The 3rd brood for the Wall Brown started this year on the 24th August, the earliest start of this brood that I am aware of in Sussex.

I noticed at the start of this week that some were already looking past their best so I decided to walk my 4 mile survey circuit to do a count. In past years I have only done a 3rd brood count once, but with it being a perfect day (at least when I started the count), I was confident that I would see quite a few butterflies.

Along the top of the valley I saw good numbers and it was looking very good for an excellent count. As I reached the furthest point however, the cloud built up and many butterflies went to ground and it wasn't until I was almost at the end of the circuit that the sun came back out and the butterflies woke up. Despite this I still counted 51 Wall Brown on the circuit, all but 3 of them were males. One female was an absolute beauty and she also, unusually for this species, allowed a few photos to be taken of her. Not sitting on a nice background, but this is what this species often rests on. 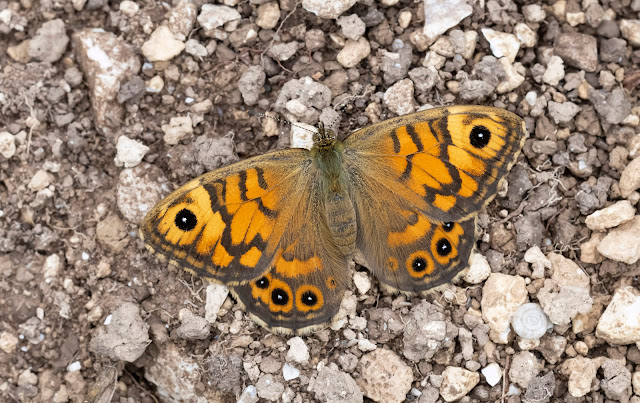 Female Wall Brown.
After finishing the count I then spent some time in the area that I monitor Wall Brown larvae over the winter and I was pleased to see at least 20 more Wall Brown that also included several egg laying females. At one point I was watching one of the females deep in a tussock lay an egg and just a short while later another female came into the same tussock and laid an egg about 2 inches away from the
first one. 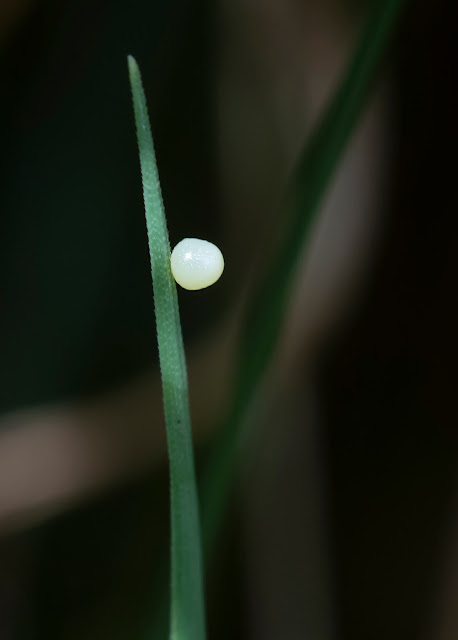 Wall Brown egg.
During the survey I was also very surprised to see a Small Blue. This species finished its 2nd brood several weeks ago so this is thought to be from a very partial 3rd brood which is certainly unusual. During the walk I actually saw 13 different species, which is pretty impressive this late in the season. This included Adonis Blue, the Small Blue, Clouded Yellow and a very fresh Speckled Wood that I was pretty sure had only just emerged. 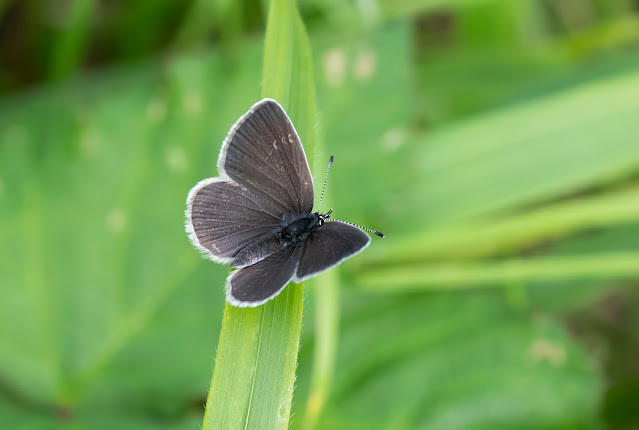 3rd brood Small Blue.
I also saw what could well be my final Lace Border of the year. This year I think I have seen a minimum of 52 individuals of these extreme rarities from the 2 Sussex sites.
At the end of last week I managed to photograph a Clouded Yellow in my local meadow, a species I haven't photographed for about 3 years. In the heat of the day they just never settle so a cloudy cooler day helped no end. 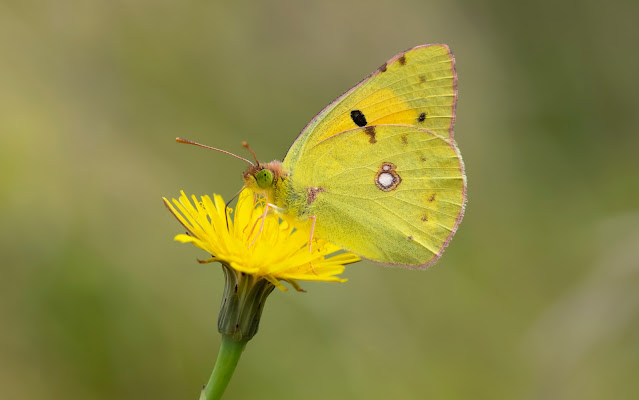 Clouded Yellow.
On Sunday a visit to an old favourite Dragonfly haunt produced several Willow Emerald and a female Migrant Hawker. Other delights in the past few days have been a Weasel and Stoat and a probable Honey Buzzard along with thousands of hirundines as they prepare to migrate back to Africa. 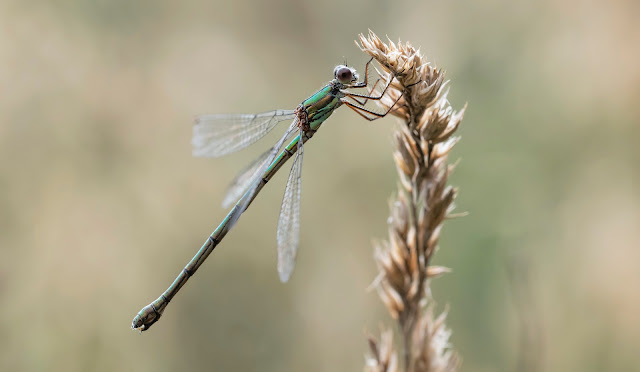 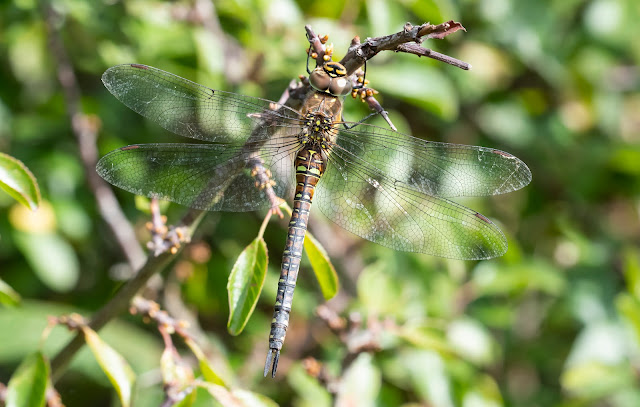 Female Migrant Hawker.
Posted by Bob Eade. at 15:53
Email ThisBlogThis!Share to TwitterShare to FacebookShare to Pinterest