With Autumn now here the insect World seems to have slowed down pretty quickly, although there have been some highlights which I have generally missed.

I have visited the Levels a couple of times with Nigel and each time we have seen some nice creatures with several of the extremely rare Fen Raft Spiders. All those seen were juveniles of varying sizes, although all were much smaller than the very large adults. 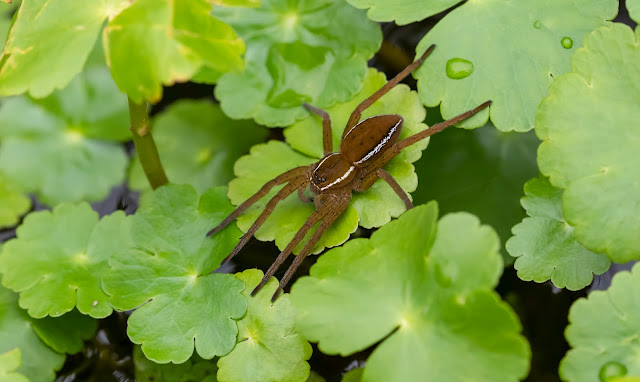 Juvenile Fen Raft Spider.
This year started off with large numbers of baby Dark Bush Crickets, but few of these seemed to have made it through to adulthood as there have been very few adult Crickets seen. Perhaps the drought affected their food supply. There was a small area on the Levels that we saw both a Roesel's Bush Cricket and a Dark Bush Cricket. Hopefully a few more will turn up in other sites before the Winter sets in. 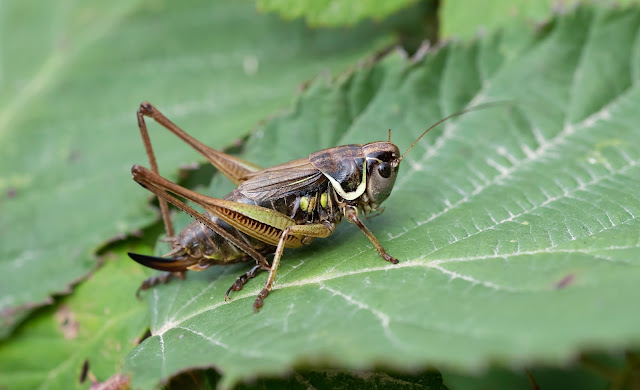 Roesel's Bush Cricket.
In the same area was a lovely Comma which was a true winter Comma, being very dark underneath, which really helps to show the 'Comma' mark. 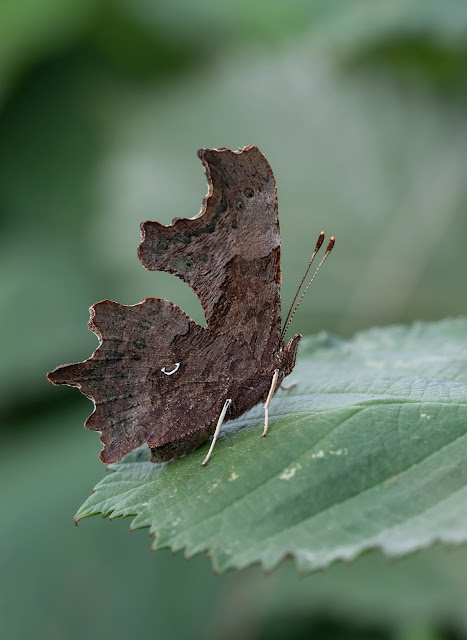 Comma.
Also around the Levels were several Migrant Hawkers. These dragonflies are often numerous in the late Summer to early Autumn, and this year is no exception. I have several photos of these from the past so I don't very often stop to photograph them, but with little else about I did take a few shots of one that settled nearby. 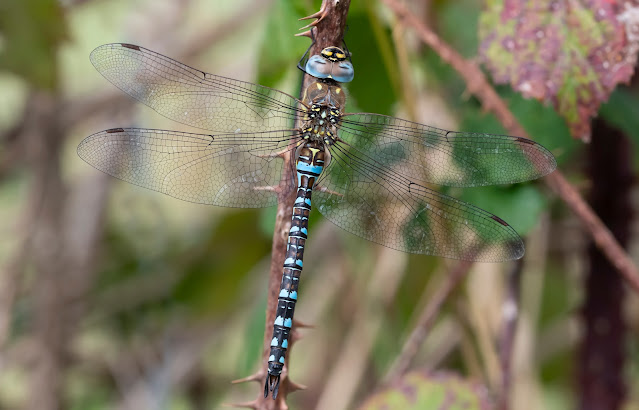 Male Migrant Hawker.
On another trip I was visiting Lisa in Worthing on the weekend that some Long-tailed Blues had been found along the seafront. Although the idea of the visit was not to take photographs, with these butterflies being just around the corner from where Lisa lives we did have a walk along there to see them. If we had gone in the other direction we would have seen several more and of those there were some in much better condition than the ones we saw. However, having seen some earlier in the year and many since the first invasion in 2013 I wasn't at all bothered by missing the other ones. 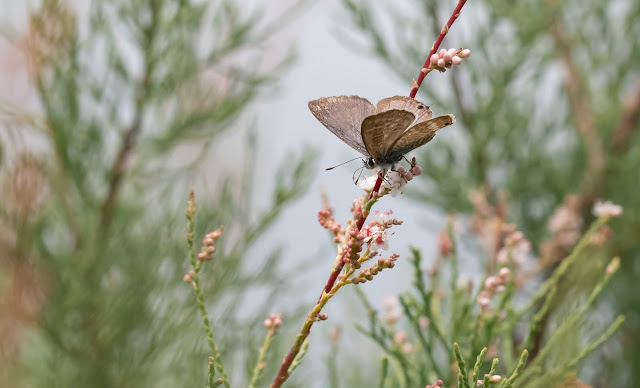 Male Long-tailed Blue.
On  local walks I have seen mating Wall Brown two days running. The first pairing was whilst doing a 3rd brood count on my 4 mile circuit. The 2nd pairing was just by the road near to home. These were quite lucky to have survived as they were nearly hit by a car as they flew briefly out over the road. Fortunately, they did settle just by the kerb before flying into the edge of the meadow. On my 3rd brood count I reached 51, which was extremely good, especially as the weather went downhill for much of the latter part of the circuit. 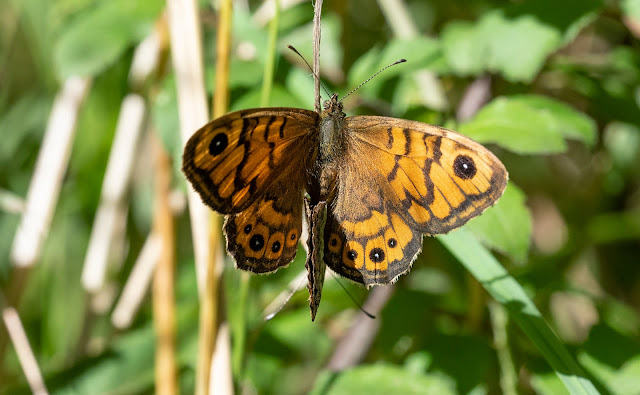 Mating Wall Brown.
Finally another nice Clouded Yellow that was photographed in the meadow. It's always good to see some of these colourful butterflies late in the season. They certainly add a lot of sparkle to the day!! 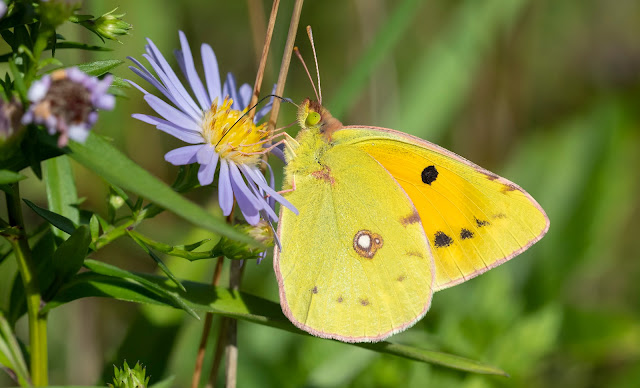 Posted by Bob Eade. at 16:47
Email ThisBlogThis!Share to TwitterShare to FacebookShare to Pinterest