During the year I have neglected posting much about my moth finds, except of course the Lace Border. However, there are other moths out there amazingly, and during 2022 I discovered 2 more notable moths on my patch and they were so similar I thought it was just one species until I was corrected by the Sussex micro expert, Tim Wilton.

On the 10th of June I was wandering lonely as a cloud over the patch when I spotted a very small, thin moth in the grass. I set about getting some photographs which were far from easy to get. Tim kindly identified this moth as Coleophora pennella or Bugloss Case-bearer which is actually a National A rarity. 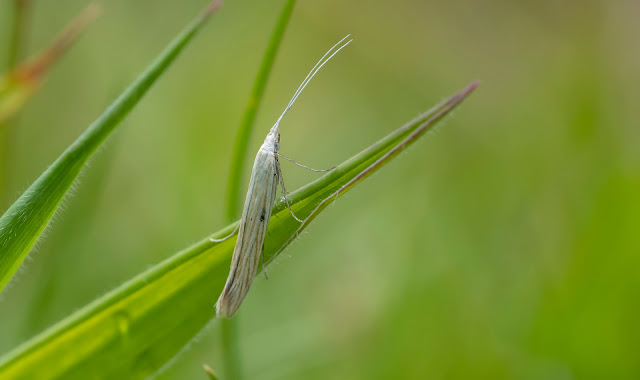 Bugloss Case-bearer.
11 days later I was in the same area when I spotted another one which didn't seem quite so flighty. This one I managed to get better photographs but it wasn't until I had posted some pictures on the Sussex Moth Group sightings page that Tim sent me an email to tell me this was actually a different species. This one was a Coleophora lixella or Downland Case-bearer. Not quite such a rarity but still a National B rarity. 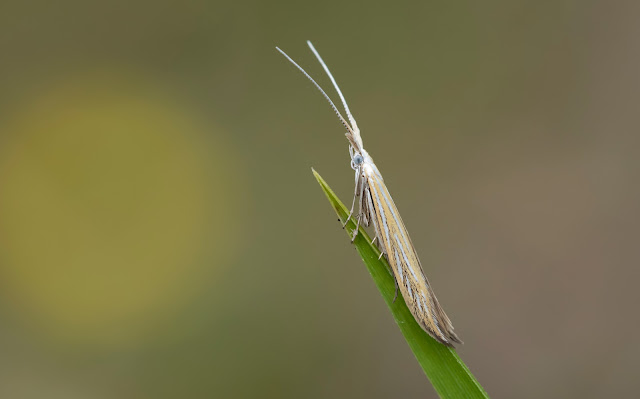 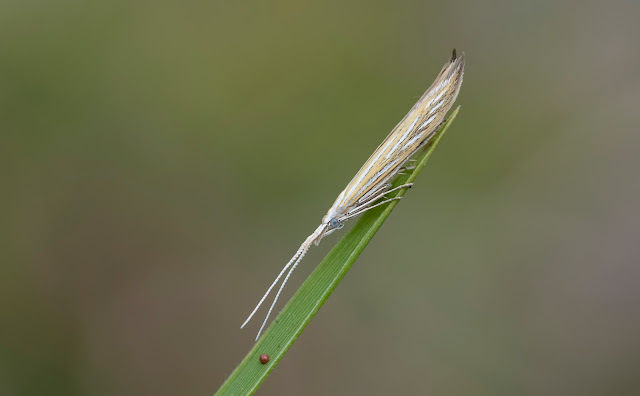 Downland Case-bearer.
Both fascinating looking moths which get their name from the larvae that have a hard case that they live in to protect them as they feed.
On this 2nd session I also came across a Bordered Straw, a scarce moth that is a migrant moth. This year far more than usual have crossed the English Channel and I have also had a handful in the moth trap. However, it is always far more rewarding finding moths out in the open countryside. 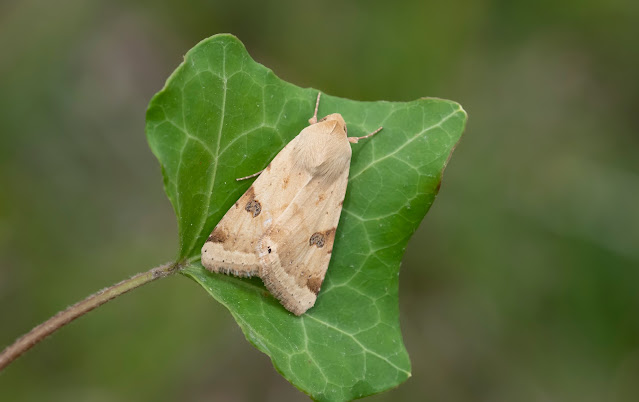 Posted by Bob Eade. at 14:41
Email ThisBlogThis!Share to TwitterShare to FacebookShare to Pinterest