We arrived at our destination, Anna's parents home at around 5.30am so we were all a bit shattered, but being met by Anna's Mum and having a little breakfast we went for a bit of a kip.

At this point I wasn't sure how much exploring I would be able to do on my own, but I needn't have worried at all as the family were so welcoming and encouraging. The daily tipple of Schnapps were very welcome as well as the superb beer out there. Anna's Mum was also a great cook and each day she  went to great length to make us all feel at home.

After seeing the Black-veined Moth the previous week in Kent, a moth which is extremely rare in Britain, I did suspect that I might see one or two in Transylvania, but I wasn't expecting it to be the first insect I was to photograph, although much better photos of this species would follow later in the week.

The first butterfly I photographed that I hadn't seen before was a Chestnut Heath. A very common species over there. 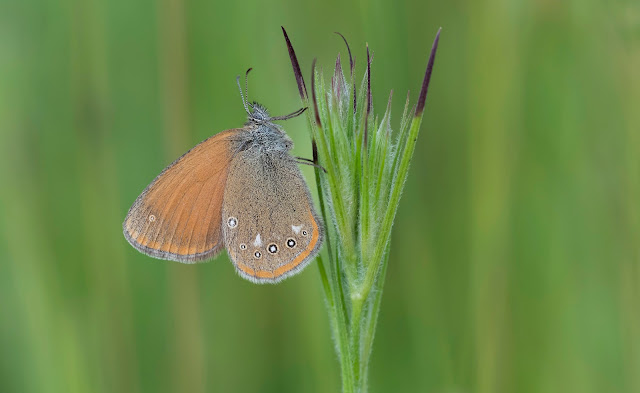 Chestnut Heath.
Walking in the meadows were amazing with insect life all around. What a difference to Britain where insect life seems to be vanishing. Of course with the abundance of insects come so many birds with so many Swallows and House Martins flying around. White Storks were also very numerous with all the small towns having nesting platforms for these impressive birds. On the 2nd early morning session with a roosting Silver-studded Blue a White Stork landed on the house and I managed a quick photo before it flew. 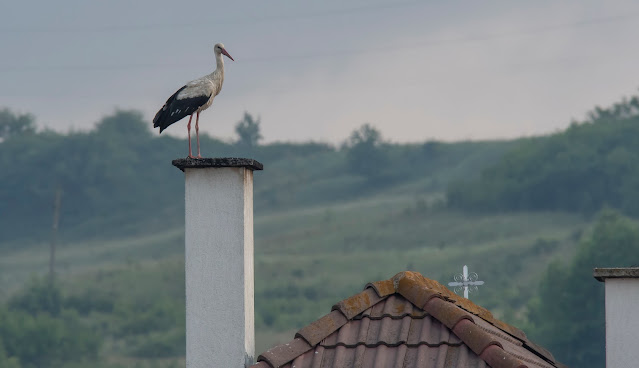 White Stork on the house. 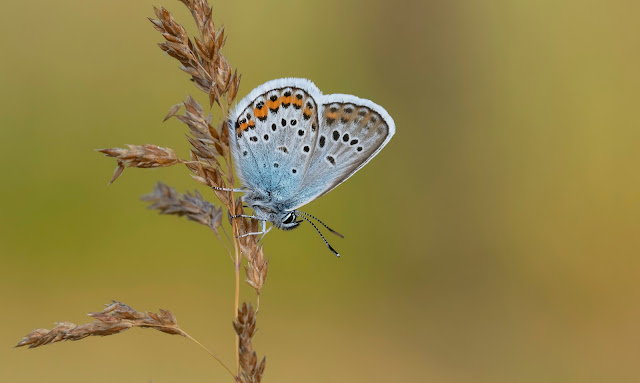 Silver-studded Blue waking up in the early morning glow. 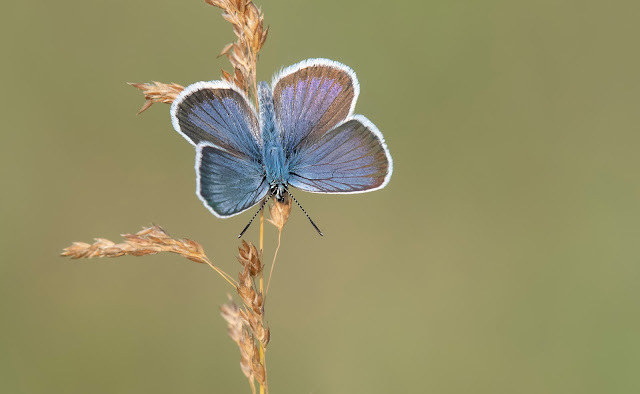 The sun is up and the Silver-studded Blue opens up.
On the meadows just behind the house I could wander anywhere I wanted and it was great to explore and find some wonderful butterflies and other insects. 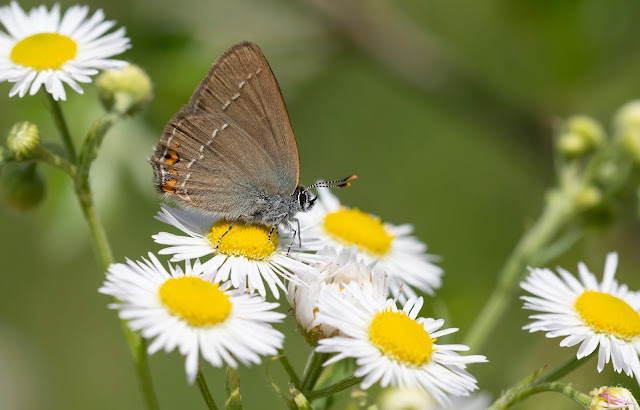 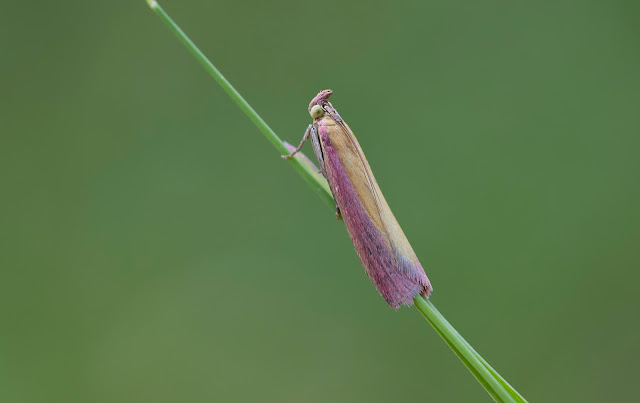 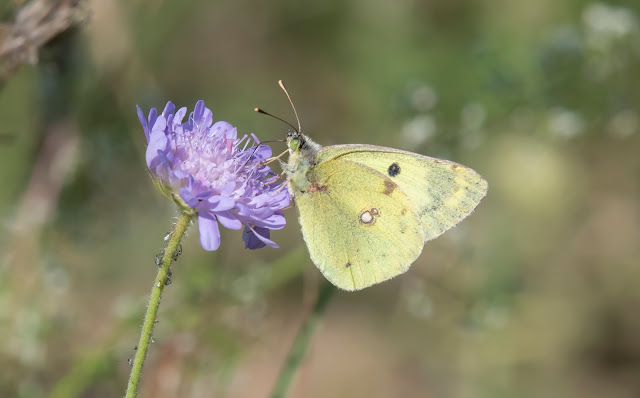 Pale Clouded Yellow.
It was a really good start to the trip, but much better was to come including 2 nights in the mountain area and a very productive meadow.

Posted by Bob Eade. at 13:57
Email ThisBlogThis!Share to TwitterShare to FacebookShare to Pinterest