With my good friend David going away to Bempton, the same time as I was going to Transylvania, he invited me over to Dinner before we went following a trip to Kent looking for Heath Fritillaries and Orchids.

As the forecast seemed ideal, sunny intervals and light cloud all day, we headed off hoping the forecast would be right!!

As we approached the Heath Fritillary site all the clouds vanished and it became very sunny, not quite what we wanted but better than going the other way!! Of course when we entered the woodland the butterflies were waking up and were reluctant to show their beautiful under-wing patterns. However, at least they were there in pretty good numbers. After an hour of watching them and hoping for a bit of light cloud cover a couple of wardens turned up to survey Woodpeckers, so we decided to head further into the wood to see if we could find some more clearings where the butterflies would be. This worked in our favour as we soon found a couple of other quiet sites with plenty of Fritillaries. The cloud also started to build up so we stood a chance of the butterflies slowing down a little. With a lovely White-spotted Sable micro moth also flying in the clearing we had another great hour or two and some lovely images were achieved. 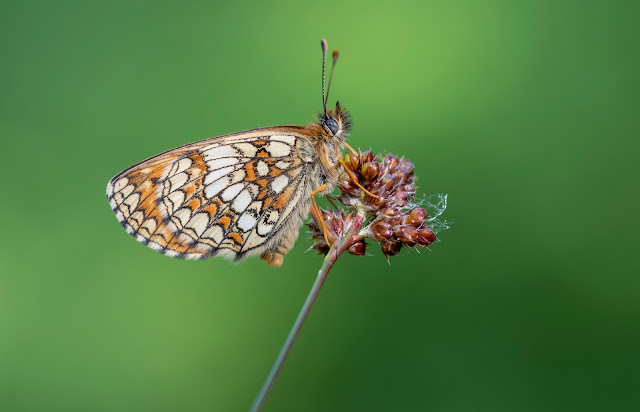 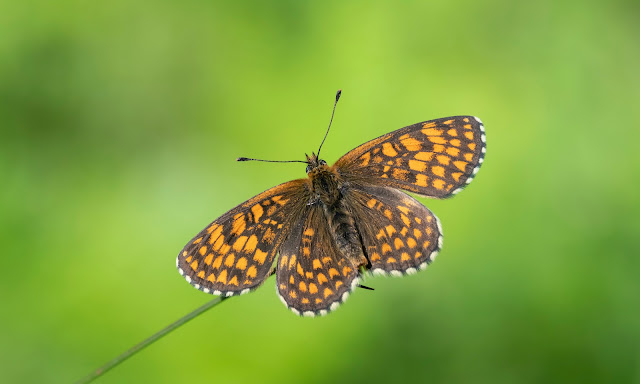 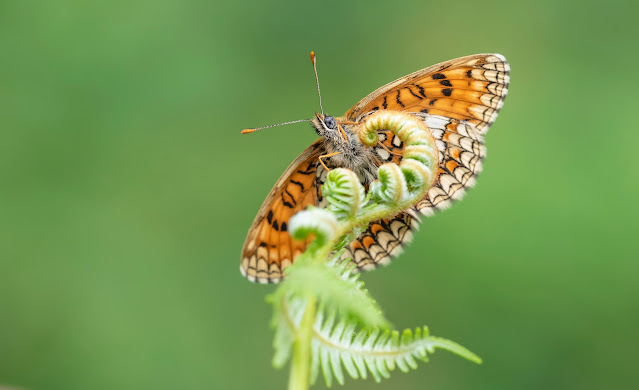 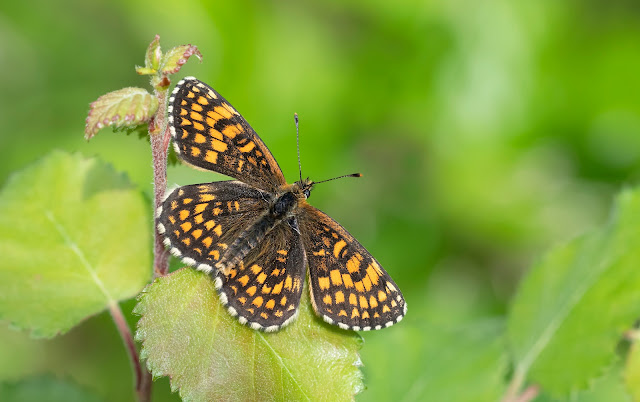 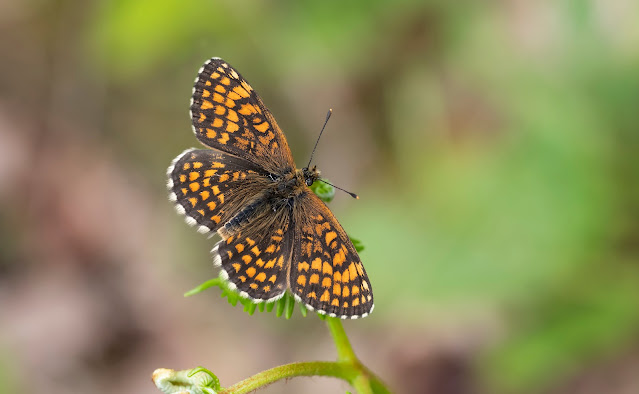 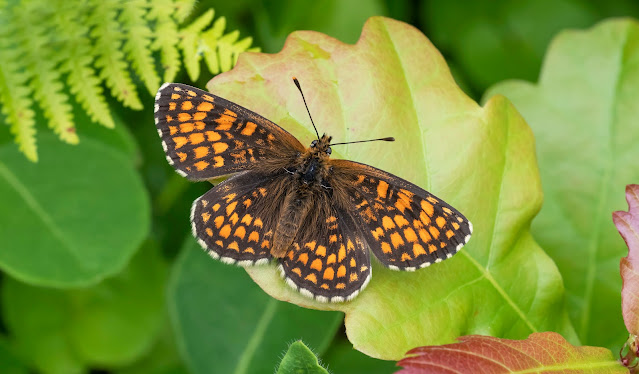 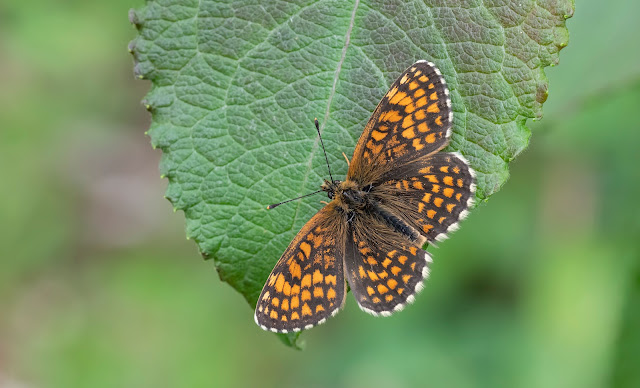 Some of my best ever images of the beautiful Heath Fritillary.
We then headed south for some of Kent's special orchids. The Monkey Orchid was first on the agenda, a difficult one to get in full flower as my butterfly visits to the county never seems to coincide with the best time for this species, either being too early with the Duke of Burgundy, or too late most years with the Heath Fritillary. Once again most of the Monkey Orchids were past their best, but a couple were just about okay still. The weather had now taken a turn though with heavy clouds and light rain on and off. 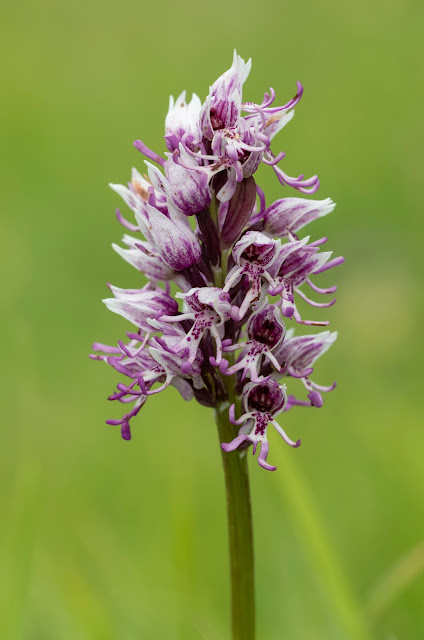 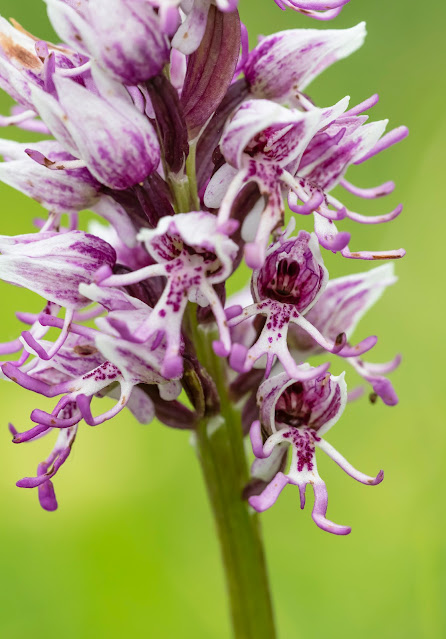 Monkey Orchid.
Following this we headed to a site for Late Spider Orchids. The problem now was opposite to the start of the day as it had now started to rain heavier along with a bit of a breeze. As we arrived at the site the rain had stopped fortunately and as I entered the meadow where the orchids are found I spotted what appeared to be a Small White butterfly flying. Looking closer though it turned out to be the very rare Black-veined Moth. This was the first of 5 of these moths seen during the visit. One of them was seen at roost when the rain started up again and a few photos were achieved of this fabulous moth following photographing some wet Late Spider Orchids. 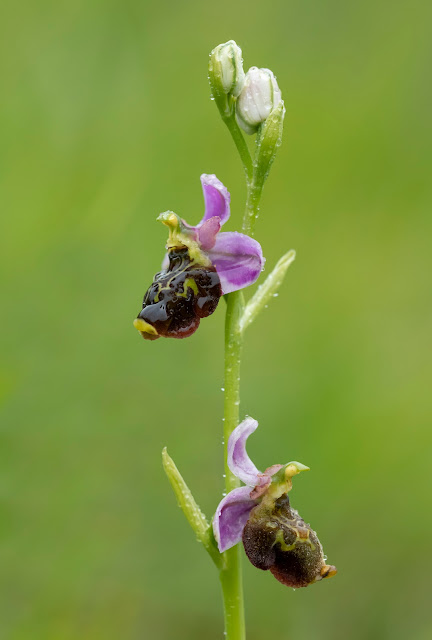 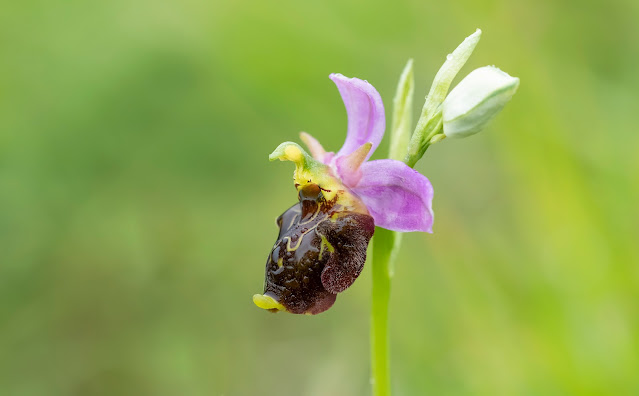 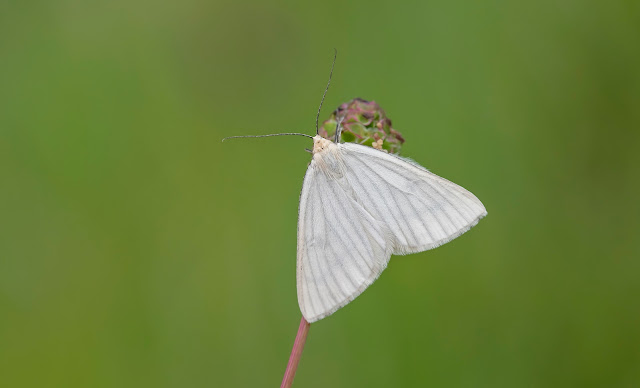 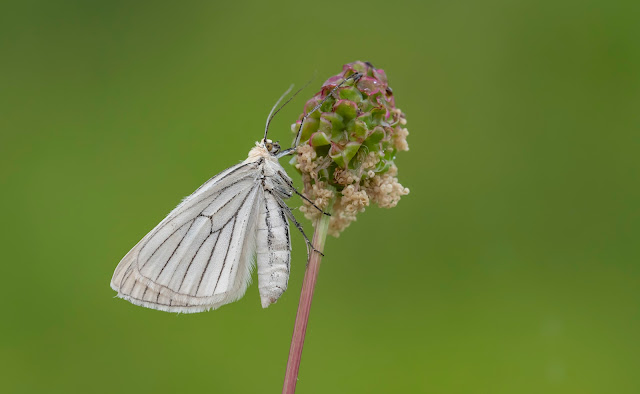 Female Black-veined Moth.
If we had known the weather was going to be like it turned out we would probably not have gone, but as it was it was a fabulous day finished off by a lovely meal from Jennie.

Posted by Bob Eade. at 09:43
Email ThisBlogThis!Share to TwitterShare to FacebookShare to Pinterest