Last week I met up with Nigel for a walk in one of the local woodlands. The weather was not exactly warm or sunny and sightings were few and far between. Probably the most interesting thing was a mass of baby Frogs exiting the lake. It really was very difficult to avoid treading on them but I think we just about managed to avoid them all. There were probably 1000s walking and jumping across the paths all around one corner.

Of course, with it being a bit cooler some of the insects were a little easier to get close to and this included some of the Damselflies. The Azure Damselflies have now been joined by the Common Blue Damselfly and a shot of each species were achieved by both of us. 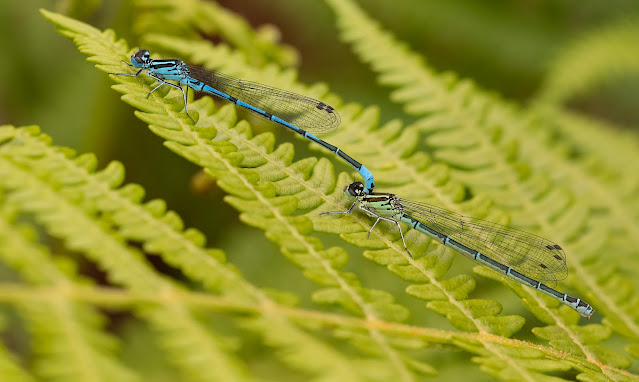 Azure Damselflies in tandem. (Male at the front). 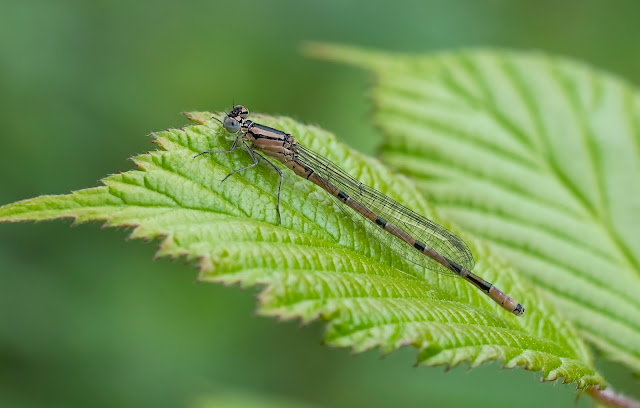 Immature Common Blue Damselfly.
After a couple of hours we decided to call it a day and we headed back to the cars. As I had my lunch with me Nigel headed off, and I was planning to as well after lunch, however, the sun came out for a short while and as I had nothing to head home for I decided I may as well have one more circuit on my own. I'm glad I did as along one ride I came across a beautiful female White-legged Damselfly that posed very nicely for me. 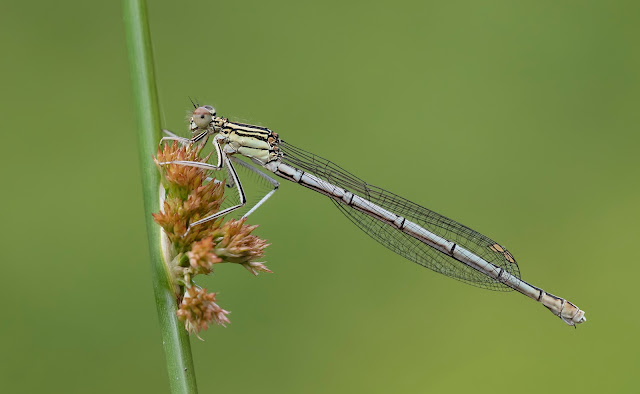 Female White-legged Damselfly.
Yesterday morning with the wind being very light I decided to have a go at finding roosting Banded Demoiselles. Something I normally try to do earlier in the season before the vegetation gets out of control. Of course, I should have realised it would be a little damp walking through the long grasses and after just a couple of minutes I regretted not putting the waterproof trousers on. Still, very cold wet legs was a good way to wake up a bit as I had arrived on site at 5am. The vegetation was very dense and I didn't rate my chances very high, but eventually I found a lovely male Banded Demoiselle that performed very well as the light gradually improved. By 6.30 I had taken over 100 photos and I was back home before 7am. With the light being quite poor it was as well I took plenty of shots as many were a little soft, but I ended up with nearly 20 worth keeping. A cracking morning with great views on the way there as the sun was coming up. Later in the day I did pay for it though as I was really feeling the early start. 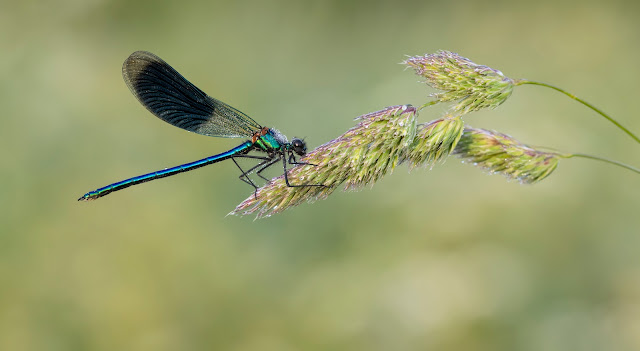 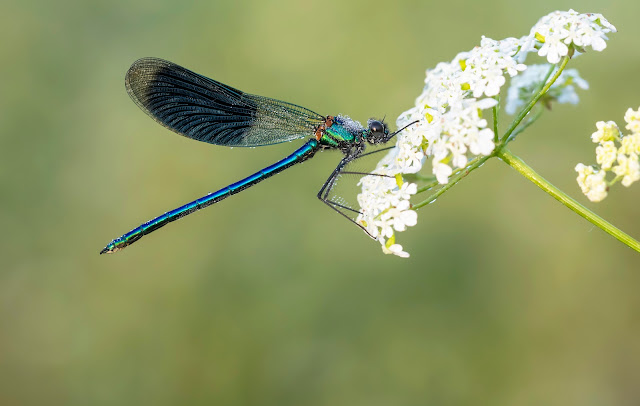 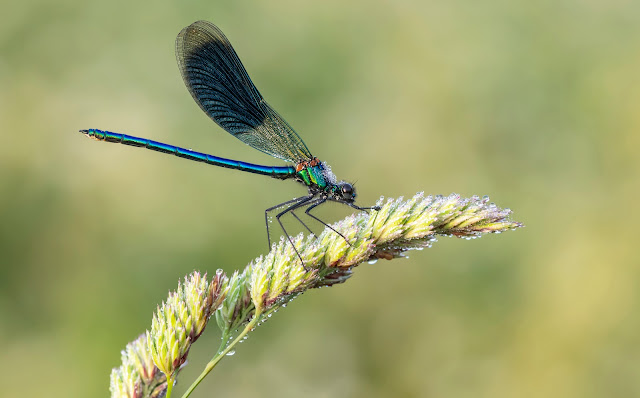 Posted by Bob Eade. at 14:56
Email ThisBlogThis!Share to TwitterShare to FacebookShare to Pinterest