The American Robin and a Butterfly!

Although I'm not a natural twitcher, generally avoiding the larger popular ones, especially in housing estates, I knew I would regret it if I didn't get to see the beautiful American Robin that has set up home in a small Close on the edge of the downland at Eastbourne. Matt was going to collect me on the way there on Tuesday on his way home from Jamaica, but with the weather sounding pretty poor that day, and with Monday looking much better I decided to join David there then.

We had several sightings of the bird as it visited the Cotoneaster bush in the garden of the finder. However, it didn't stay in a position where we could get photos and after a few hours we decided we had had enough of standing around in the cool breeze and the only photos I took were a record shot showing just the very top of the bird's head and a surprise encounter with a Peacock butterfly that managed to find a warm sunny corner by a garage.

Then, on Thursday, the day between the two storms we decided to have another go. There are so many fabulous photos of the bird taken by the enormous number of birders that I knew I wouldn't get anything as good as, but it was worth having another go. This time we arrived really early hoping to get an early opportunity to get some photos and then escape. In the end it was still well over 4 hours and with around 5 visits from the bird in the Cotoneaster bush it was still a challenge to get a clear shot without a twig from the nearer bushes getting in the way. However, in the end I probably have 4 shots worth hanging on to of this lovely rarity with a little help from Photoshop.

This bird is the first Sussex record of an American Robin and the finder set up a charity page for visiting birders to donate to the Eastbourne food bank. This has also helped the local residents to put up with the inconvenience of all the visiting birders, knowing there is some local good coming from the event. 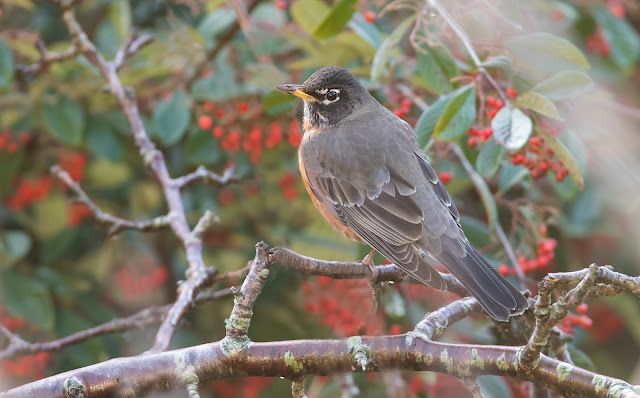 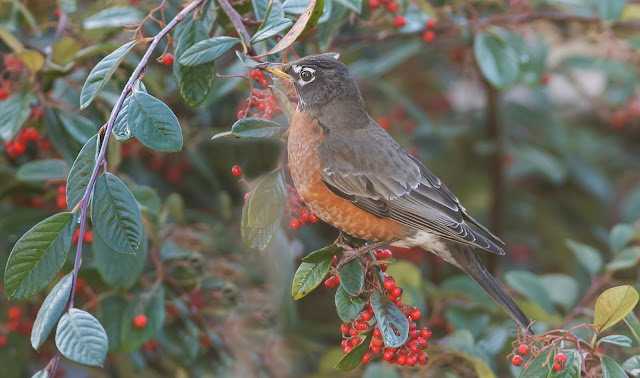 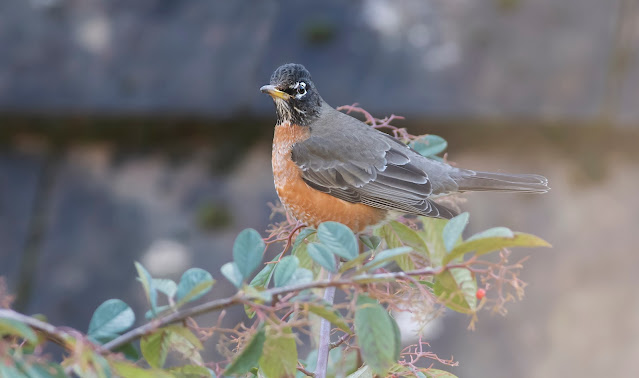 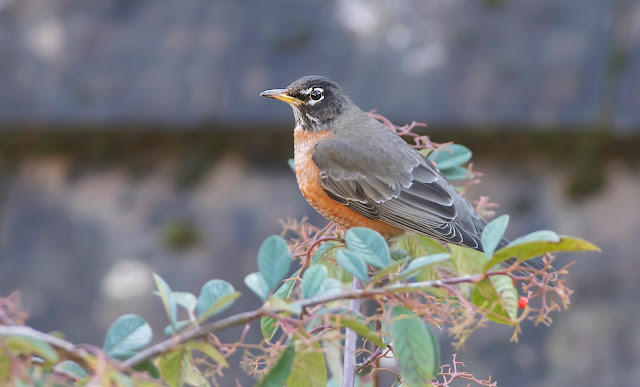 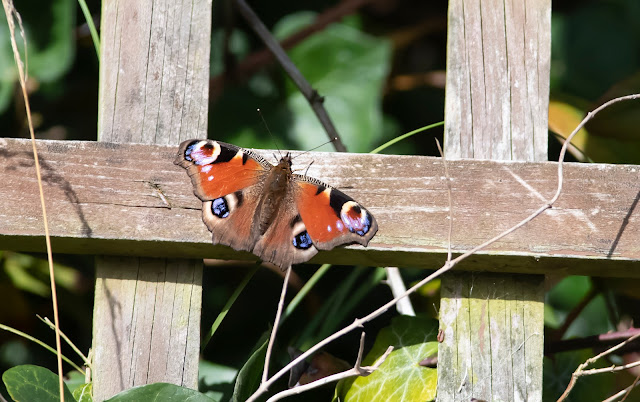 The Peacock from Monday. My 2nd butterfly and Peacock of 2022.

Posted by Bob Eade. at 16:13
Email ThisBlogThis!Share to TwitterShare to FacebookShare to Pinterest