A couple of years ago I was given details of two areas where the Octopus Stinkhorn could be seen. Despite many visits all I had for my efforts was one that had been eaten by slugs and another that was well past its sell by date!!

The other name for this peculiar fungus is the Devil's Fingers. Easy to see why it was given that name. Anyway, on Wednesday I visited the site again with Nigel and David, also sworn to secrecy about the site as I had heard a rumour recently that one was dug up last year??  Incredible what some people will do these days!! Here follows a selection of photos of other fungi, and a larva, that we have found over the past few weeks during the searches.

First the larva. This is a Fox Moth larva and the largest one I have ever seen of this species, and I would guess it will become a female moth as they are much larger than the males. It was also unusual to see it feeding on a small Willow as I normally only see these on the ground. 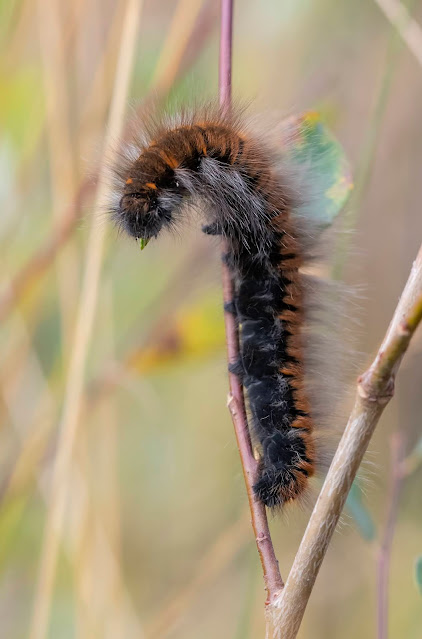 Fox Moth larva.
So far this year I have seen very few Fly Agaric fungi, and none of them have been good enough for photography, so maybe in the next few weeks more may appear.
One tree was partly covered in a beautiful Lichen that I believe is Cladonia chlorophaea, also known as Trumpet Lichen. 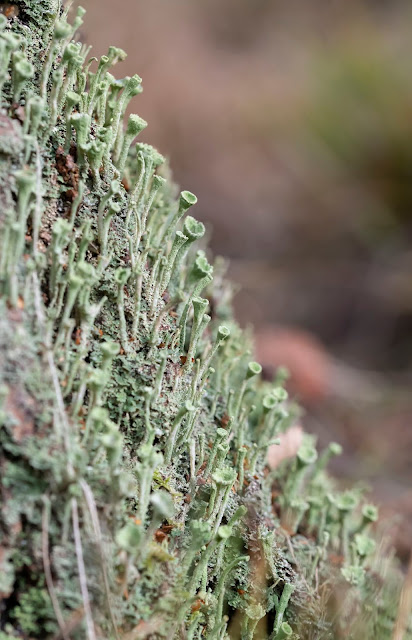 Cladonia chlorophaea.
A small selection of the more interesting fungi. I really should spend more time learning about these, but I say this every year and I still know next to nothing about them!! 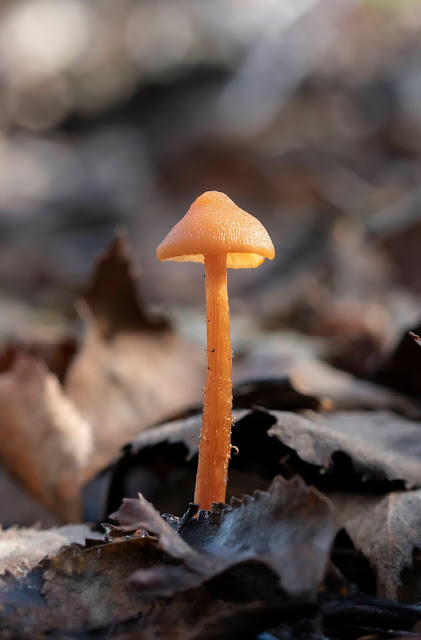 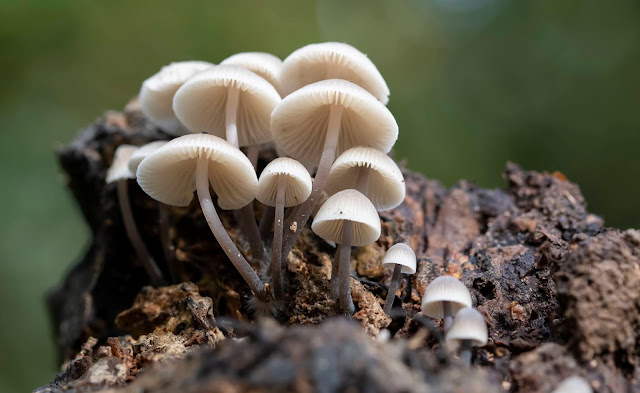 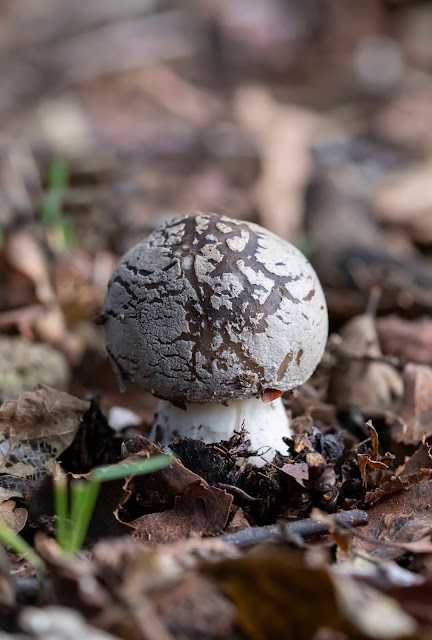 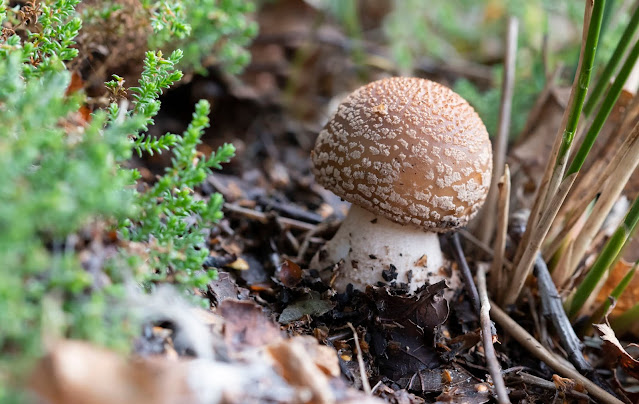 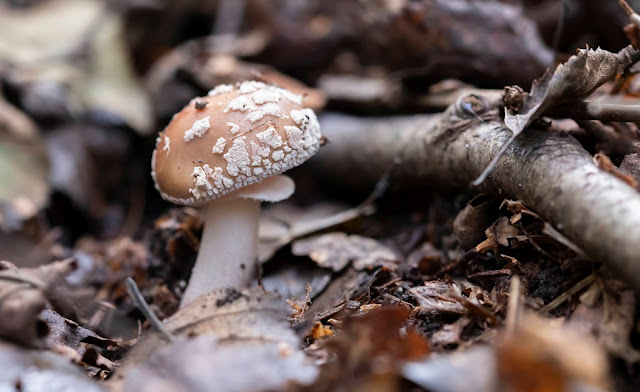 Amanita rubescens.
I apologise if any of the species are incorrectly identified. My fungi friends will hopefully put me right of any errors.
Then we come back to the Octopus Stinkhorn. After a really good search around Nigel and I were just about to give up and get back in the cars, when David came over saying he had found one. At last this spectacular species had appeared in front of my camera.
This species did appear in the recent Autumnwatch programmes on the BBC, so many of you would have possibly seen that feature. 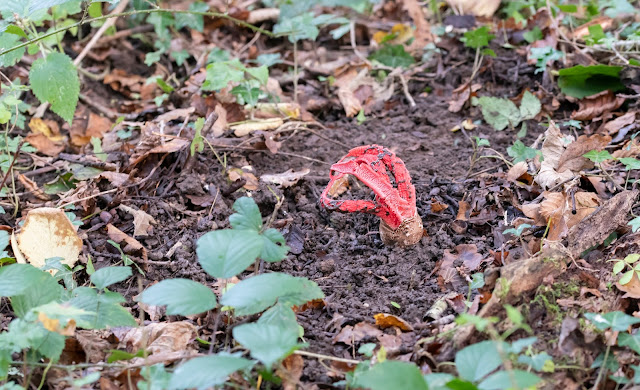 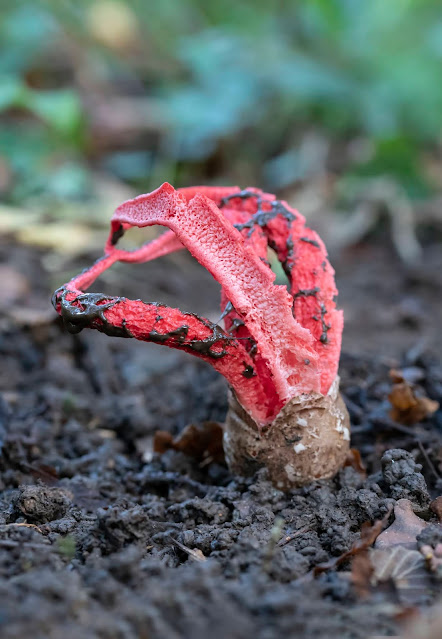