With few highlights for me with either butterfly or bird it has been mainly the moths that have given me the odd small highlight. Having run the moth trap a few times on the suitable nights a few species have appeared which I've only caught a few times before with the most spectacular being the wonderful Merveille du Jour. Such a beautiful moth that only when seen on lichens does it become clear why it is coloured the way it is 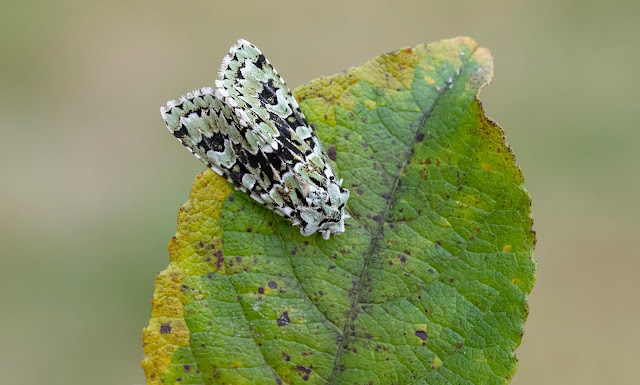 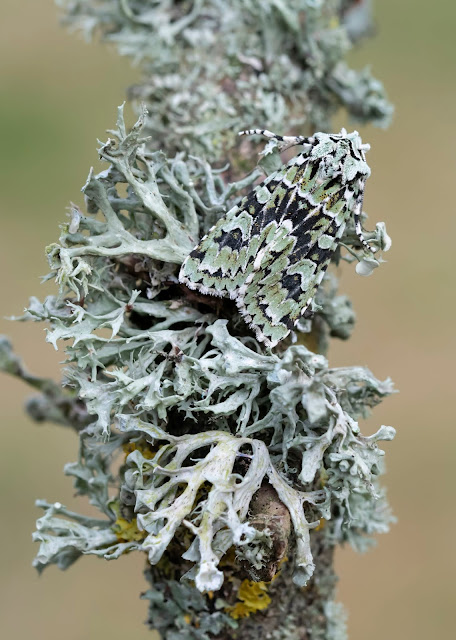 Yes, there is a Merveille du Jour there.
On the same night a very nice Red-green Carpet was on the fence and a few Delicate were also in the trap. 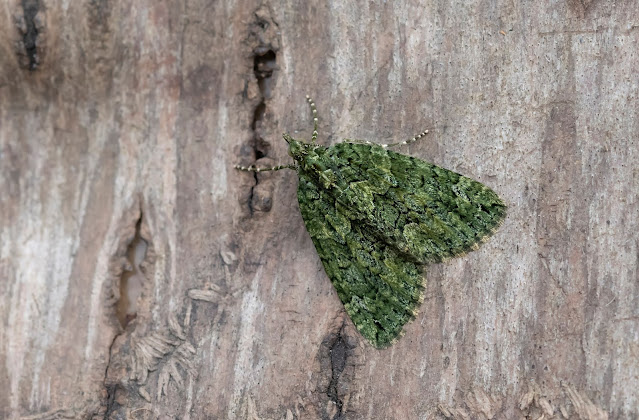 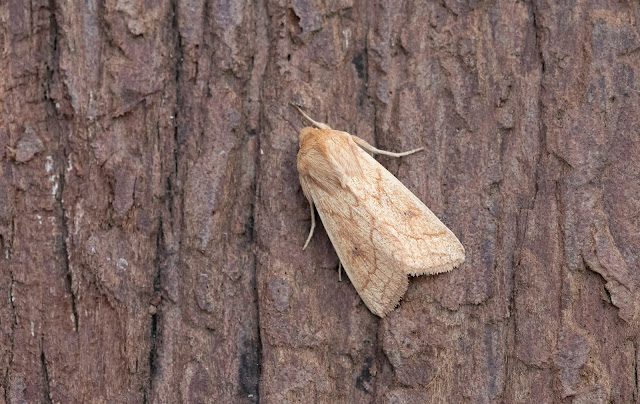 Delicate.
The following trap 2 nights later gave me a superb Clancy's Rustic and Chestnut. Neither of these species are rare here but both examples were the best I've had of these moths. 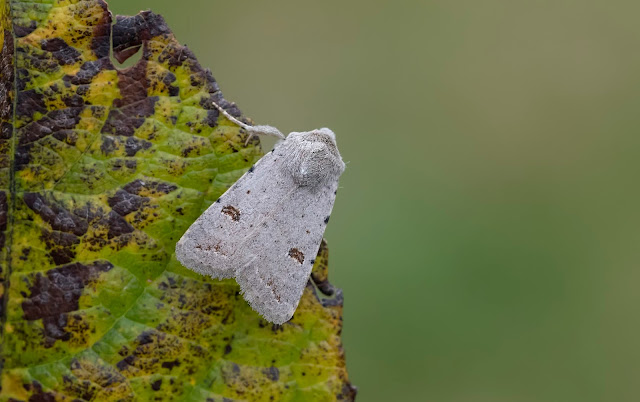 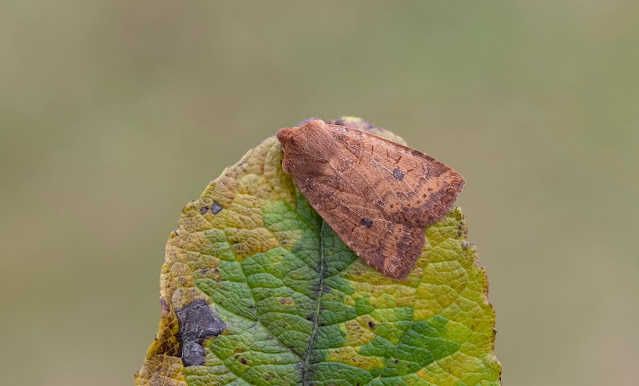 Chestnut.
Meanwhile, about a mile away I had a text from Clare saying she had caught a September Thorn and a Gem. Both species I hadn't seen before. 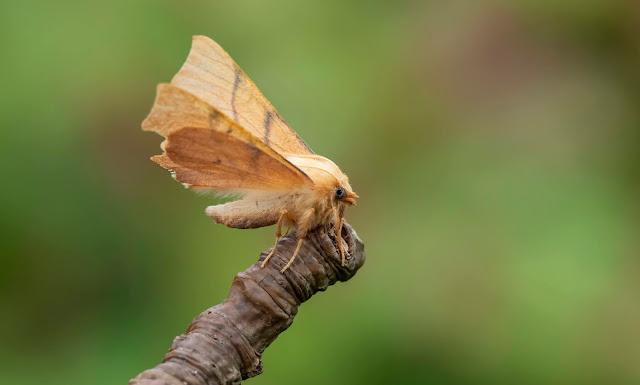 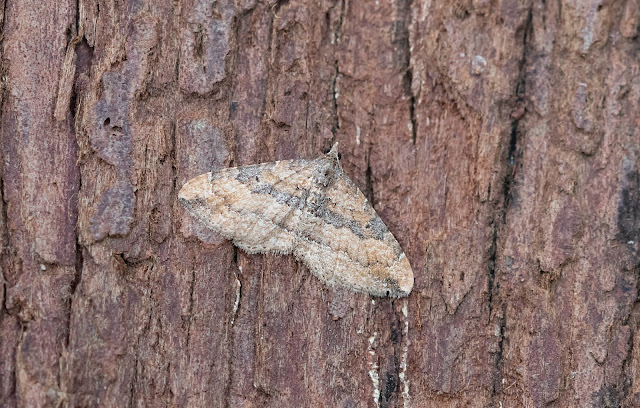 Gem.
Whilst photographing these we also came across a Common Newt in her garden. A brief encounter and a quick grab shot of it followed. 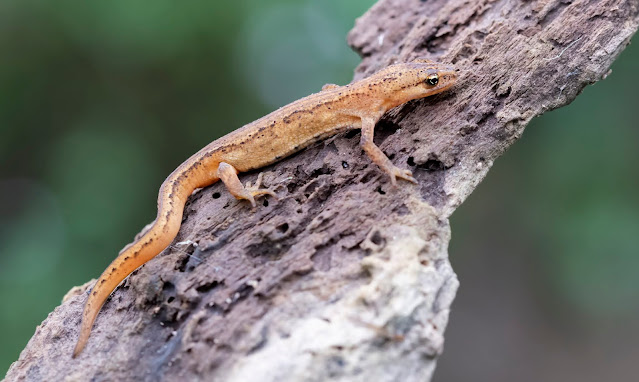 Common Newt.
Numbers have grown recently in the amount of Box-tree moths coming to the traps in the vicinity and I have had several over the past couple of months. Having taken a few shots of the normal colour I did have quite a smart dark form moth recently. I have only managed a few poor shots of this form so I was pleased to get a slightly better photo of this one. 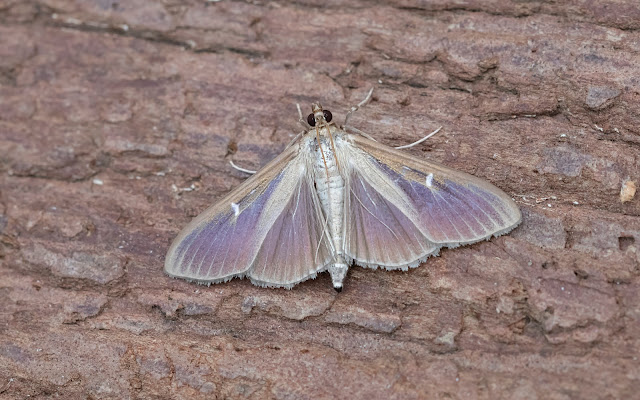 Posted by Bob Eade. at 15:12
Email ThisBlogThis!Share to TwitterShare to FacebookShare to Pinterest