With several very mild nights for the time of year, as well as most of them being quite calm as well I have been putting the moth trap out more often than I usually would at this time of year.

Although I haven't really caught anything of particular significance I have had a few nice moths. Some of these are migrants that have flown across from the continent and this has included the Palpita vitrealis which is one of the larger 'micro moths'. Also known as the Olive-tree Pearl this moth is becoming a more regular sight in the UK particularly along the south coast. One of them I found hiding under a Clematis leaf and this gave me one my favourite photos of the year so far. On the photo the wings can be seen to be see-through, showing how delicate the species is. 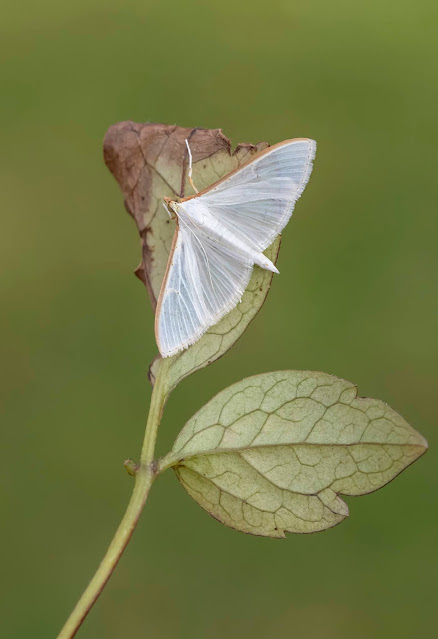 Palpita vitrealis (Olive-tree Pearl).
Another migrant that is also increasing in number each year is the Radford's Flame Shoulder. This too is a migrant moth and this is the first year I have caught one in my garden, although I have seen a small number before from other gardens. 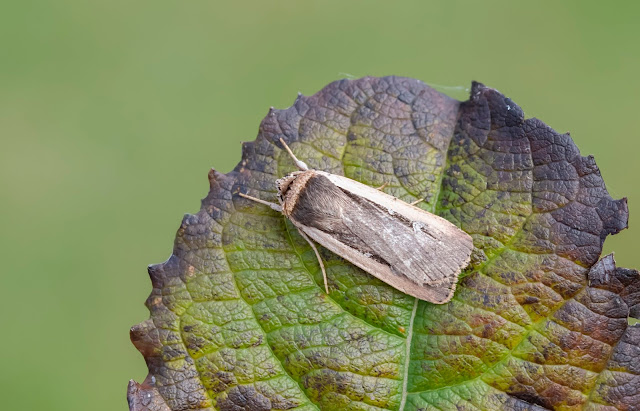 Radford's Flame Shoulder.
Many other species have been caught in the mild weather and the following are a selection. 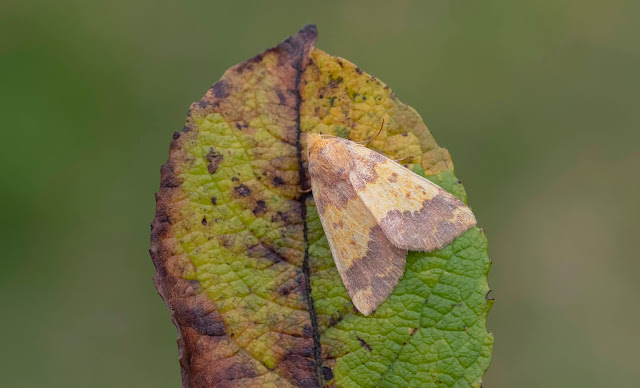 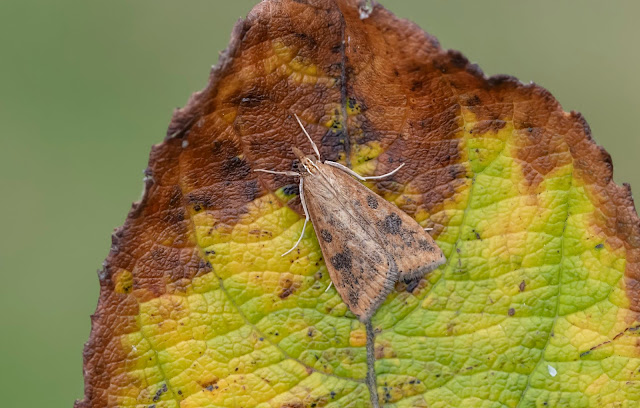 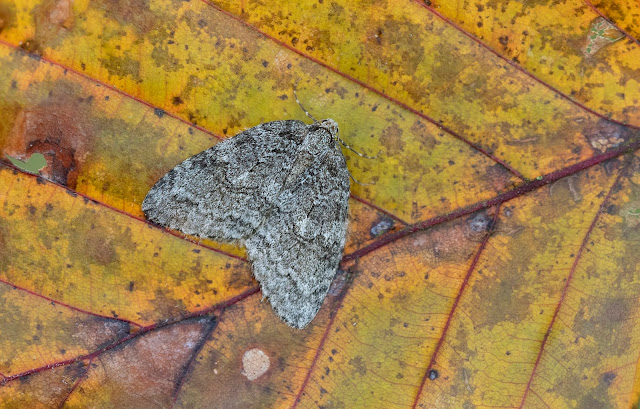 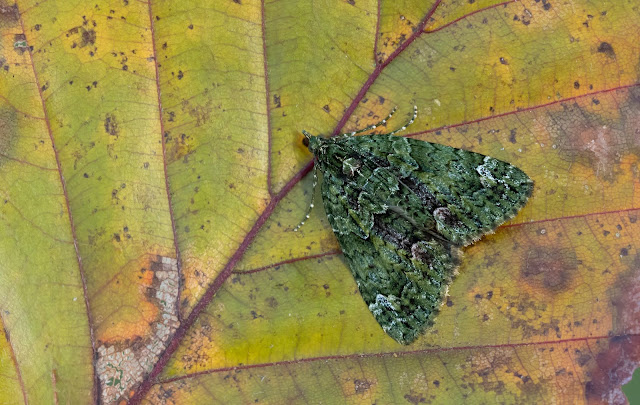 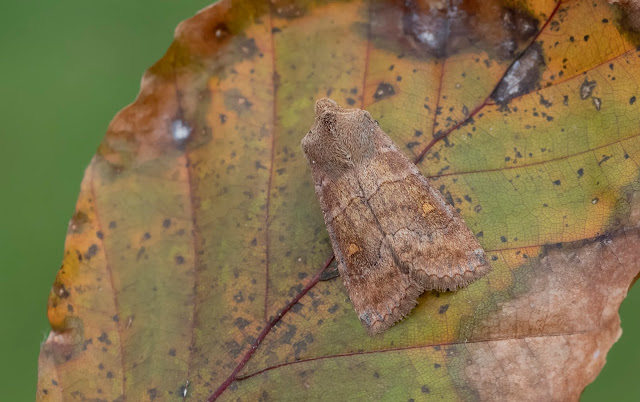 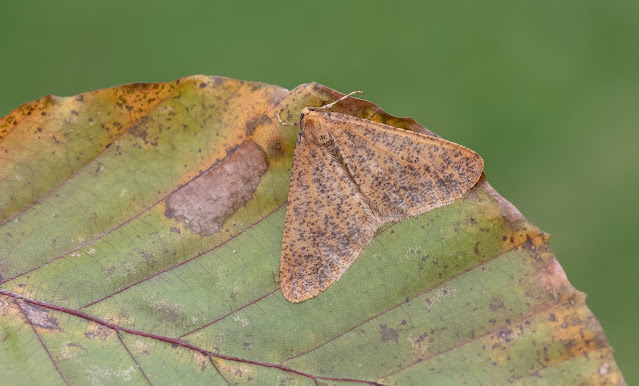 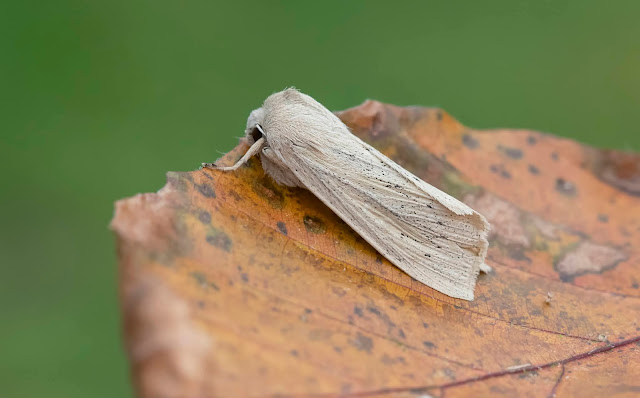 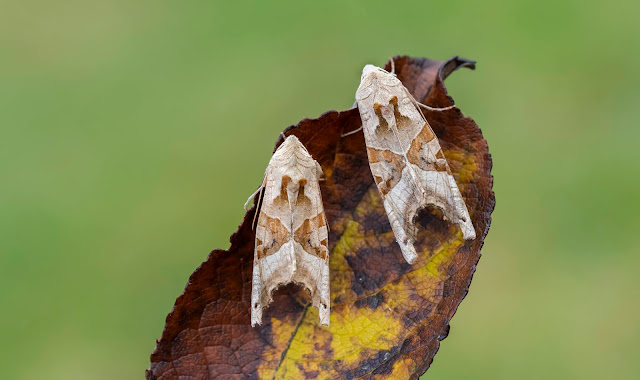 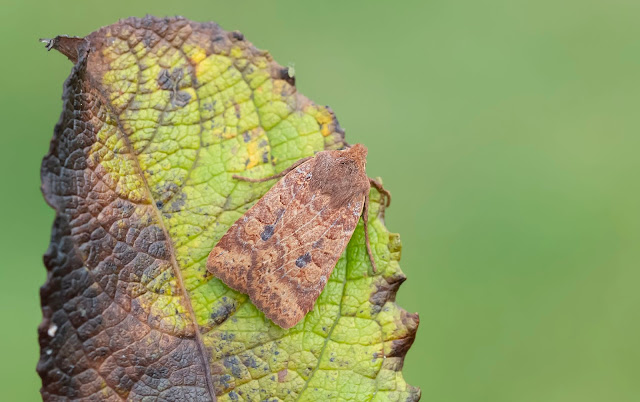 Posted by Bob Eade. at 09:54
Email ThisBlogThis!Share to TwitterShare to FacebookShare to Pinterest