It started off as a stroll from home to the Cuckmere valley hoping to find the breeding ditches of the Southern Migrant Hawkers.

Unfortunately, or perhaps fortunately, depending how you look at it, the weather became too overcast for the dragonflies so it quickly became a general walk in the hope of perhaps seeing a roosting dragonfly. Of course with it being a bit overcast the butterflies were not bombing about all over the place.

As I started the descent into the river valley there were plenty of Large White nectaring on the thistles that slowed me down briefly.

As I continued the descent I was over-taken by 2 Wall Brown flying past me and both landed together and a very brief courtship took place before they coupled up. A few long distant shots with the telephoto were taken as they did several short flights before ending up in a very uncomfortable position on a thistle. 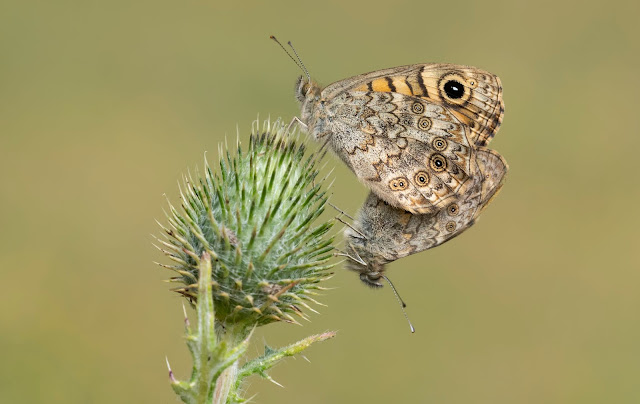 Mating Wall Brown.
Leaving them to get on with producing a possible 3rd brood I carried on down to the river where I checked the ditches seeing only a few damselflies, although this did include a Small Red-eyed Damselfly in a ditch I hadn't seen that species in before.
I then came across a very fresh Small Copper, and one of the nicest ones I've seen of this species. Although it flew too high up into a bramble bush it did eventually come back into range. 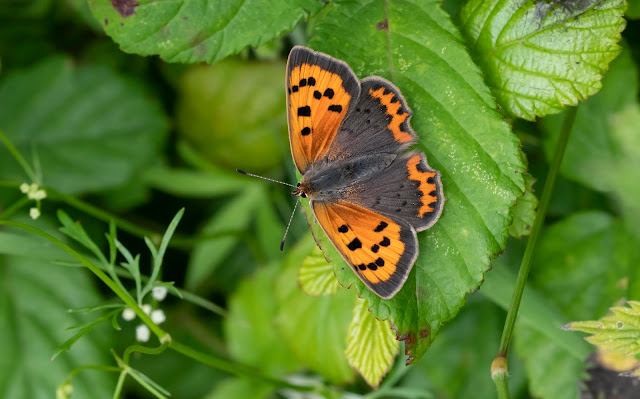 Small Copper.
Moving further along the river I turned a corner and stumbled across a near perfect Painted Lady that was feeding on a large Bramble bush. As it was obviously fully engrossed in feeding I decided to put my bag down and concentrate on this beauty. I was really hoping the butterfly would move to some flowers that were just below head height where the background would be the hillside some distance away to give me a really clear background on the photos. Most of the time it kept in the middle of the bush. 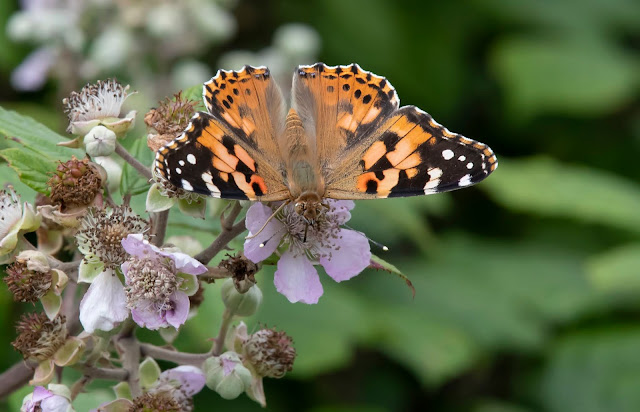 Painted Lady.
They say patience pays off and after around 30 minutes with the butterfly it landed all too briefly on the flower that I was waiting and hoping it would go to. All that waiting time and I managed 2 quick grab shots of it in the near perfect position. 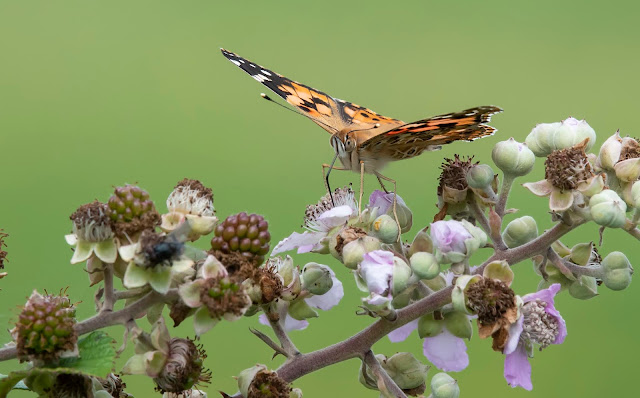 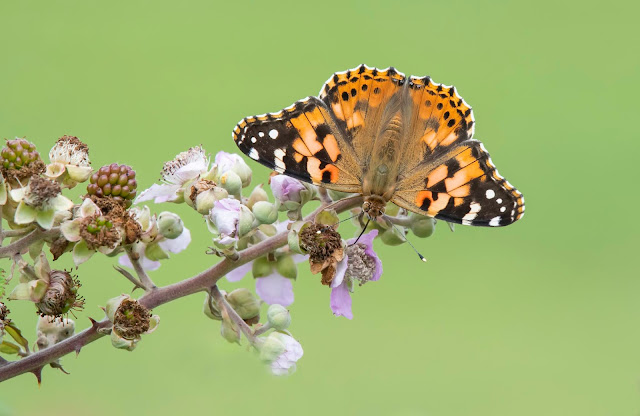 Painted Lady on Bramble.
The 30 minute wait pays off.
With the weather not improving for hunting the dragonflies I decided after all this early success to slowly head back home, visiting a small pond on the way. At the pond I saw large numbers of the Small Red-eyed Damselflies as well as a pair of Emerald Damselflies in tandem and mating pairs of both Common and Ruddy Darter.
On the return I saw a very dark Comma, totally different to the hutchinsoni varient that have been numerous during the Summer. 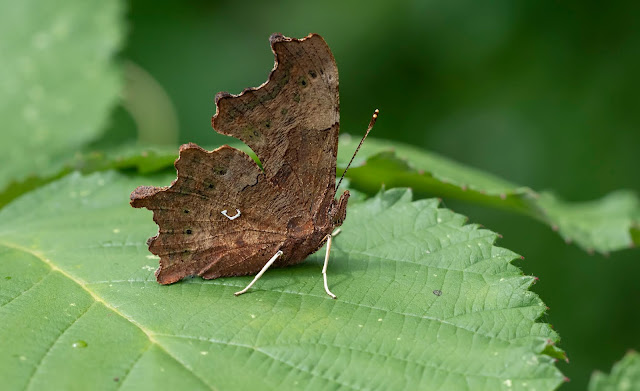 Comma.
Finally as I was within a mile of getting home I stumbled across an Emperor moth larva. Only the 2nd fully grown one that I've come across despite them being pretty common around here. This wonderful larva gave me lots of pleasure as I photographed it on Hawthorn. Such a spectacular creature. 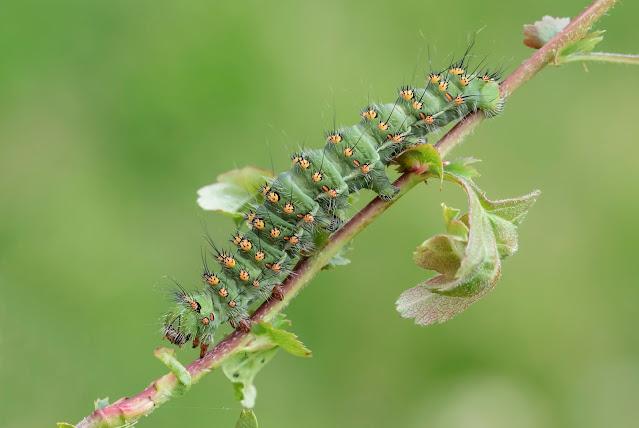 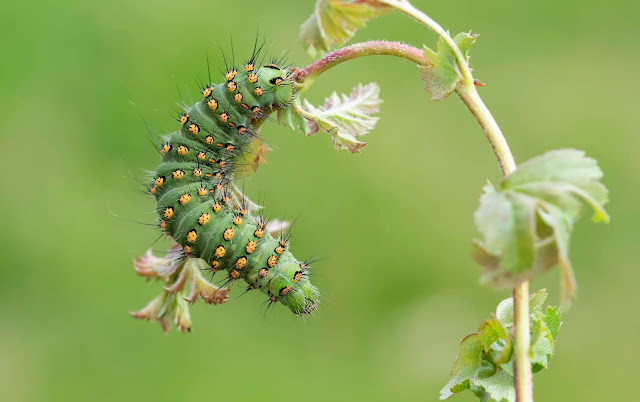 Emperor Moth larva on Hawthorn.
No Southern Migrant Hawkers but so much else on a fabulous stroll from home.