On a whim the other day I headed over to the Gallops area of Friston Forest to check out the Chalkhill Blue. This area holds what must be one of the largest colonies of this beautiful butterfly in the UK.

A few years ago in 2012 this site had an estimated population of over 800.000 butterflies flying and was a sight that those that witnessed it will never forget as large clouds of the silvery blue butterflies swarmed out of the grasses.

Although the numbers this year are far from that, it was still a very impressive sight when the sun came out and many butterflies took to the wing.

Before the sun came out I was looking for aberrant forms of the males, but unfortunately I didn't find any of them, however, I did find a newly emerged female Essex Skipper that allowed me to take several photos from all sides. A really immaculate Essex Skipper that gave me some of my best images of this species. 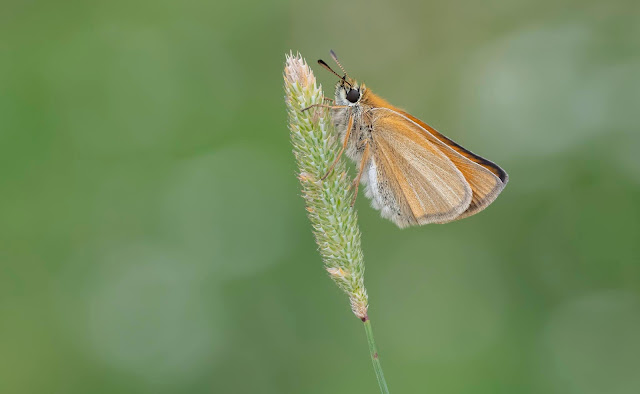 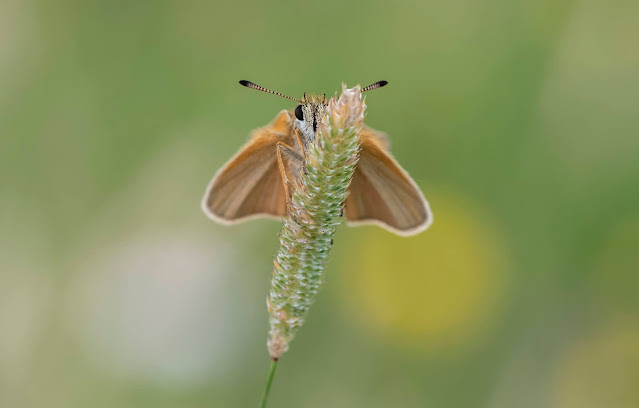 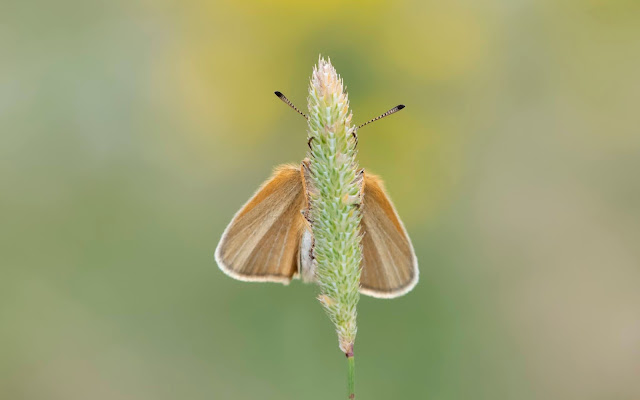 Two images showing the black tips to the antennae. 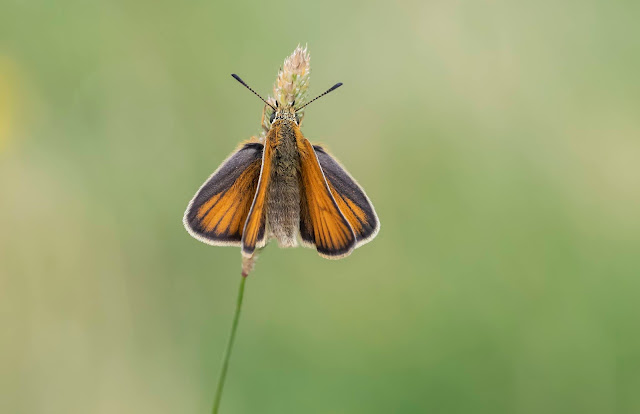 The Perfect Female Essex Skipper with no wing damage at all.
Nearby there was also this really smart spider that appears to be a Neoscona adianta. 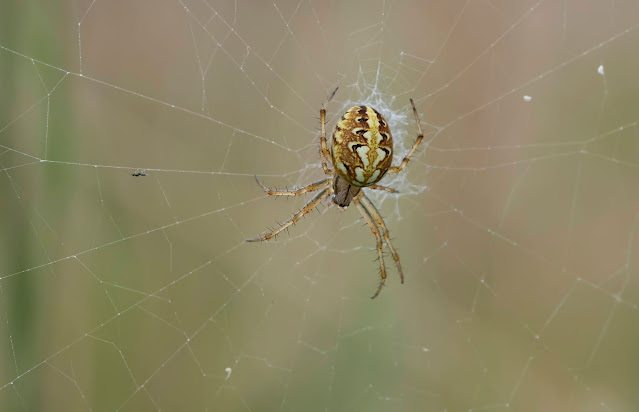 Neoscona adianta.
After the sun had come out I headed further up the hill planning to look for Hawk moth caterpillars on a few Willow trees in the forest. Over the years Nigel and I have found a few on one tree in particular. Today however, I was not so lucky and all I found were a couple of smallish larvae.
On the way to the area though I was admiring the many Chalkhill Blues when my eye was caught by a lovely female butterfly. Whereas Common and Adonis Blue butterflies often have blue colouring on the upper wings it doesn't generally happen with the Chalkhill Blue. This one however had a lovely sheen of blue on the upper hind-wings and with a bit of cloud cover again by this time I managed to get a few photos of it before I lost it when it flew. It was obviously an aberrant and certainly one I hadn't seen before. As with the Dark Green Fritillary aberrant I found a few weeks ago I sent the images to Colin Pratt, the Sussex recorder, and he believes it to be an aberrant form semisyngrapha. I'm not sure how rare this form is, but certainly one that is new to me although I have seen another photo of one recently that was photographed in Kent. 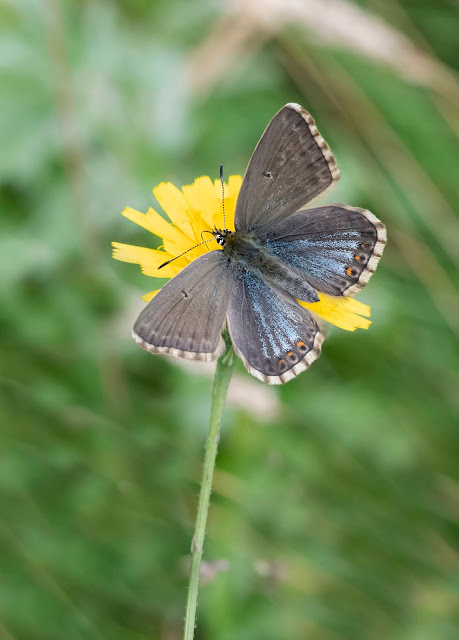 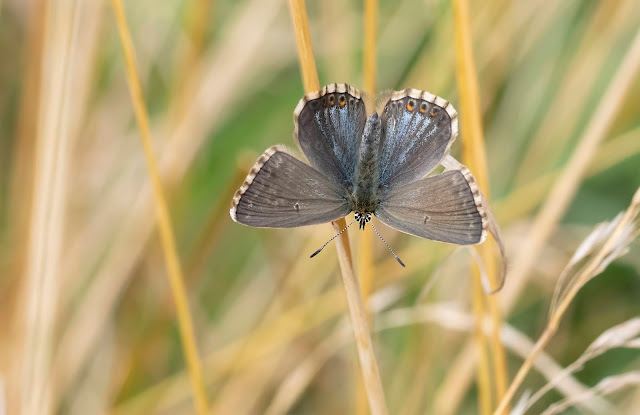 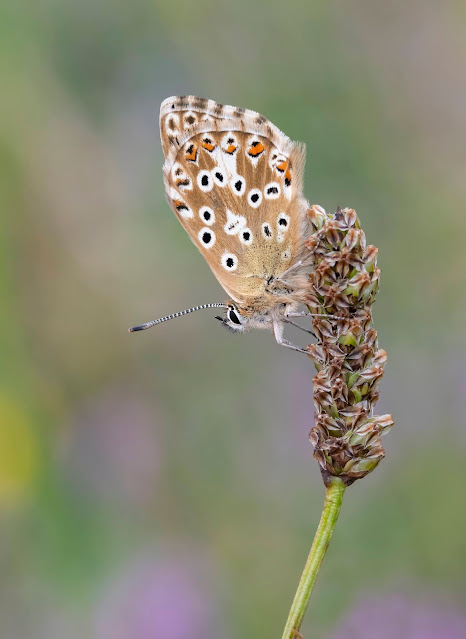 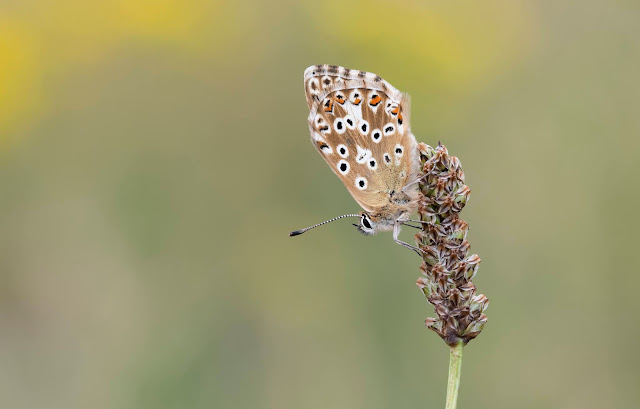 Posted by Bob Eade. at 08:54
Email ThisBlogThis!Share to TwitterShare to FacebookShare to Pinterest