Each year I try to scale the heights of Windover Hill to see the only Sussex colony of Grayling, one of the counties most threatened species. I always seem to end up there on really hot days, and this was the case this year too, although an early start did at least mean I was returning back down the hill when the heat had really built up.

This species is full of character and the master of disguise as they almost vanish on landing, their camouflage being so good. It is always a challenge to get a decent photo and after years of trying I still wasn't completely happy with my past results.

Concentrating on a small section of the hill I guess I saw around a dozen butterflies, this included one with floppy wings where it had only just emerged. This butterfly was left well alone so it could complete its transformation to a fully flight enabled butterfly.

Several landed nearby on the ground and the usual type of photo was taken, the butterfly in full camouflage mode with fore-wings down. Not really what I was after!!

A male then landed on the ground and showed a bit of fore-wing, a bit better but still not quite there.

A better behaved female then appeared and after several minutes spent with her she performed brilliantly and a couple of times for a split second she showed all of the fore-wing. Just what I was after, although it wasn't easy getting the photo in that split second, however I did get 2 shots I was pleased with and I could then descend the hill with a bit of a smile on my face as it at last felt it was mission accomplished. Next year it will be trying to get a male to do the same I guess.

Before I left the area a Summer Chafer almost flew into me, as I've never photographed one of these before I spent a few minutes trying to get a photo, which was not easy as it kept walking and moving about. 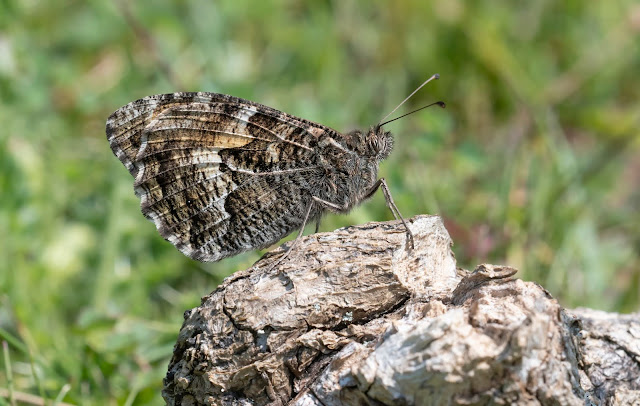 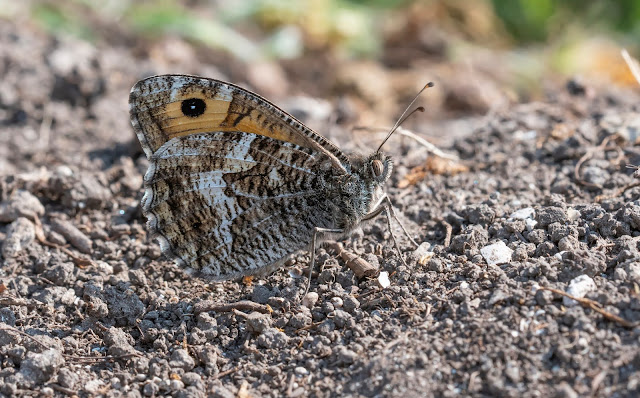 Male Grayling with some fore-wing showing. 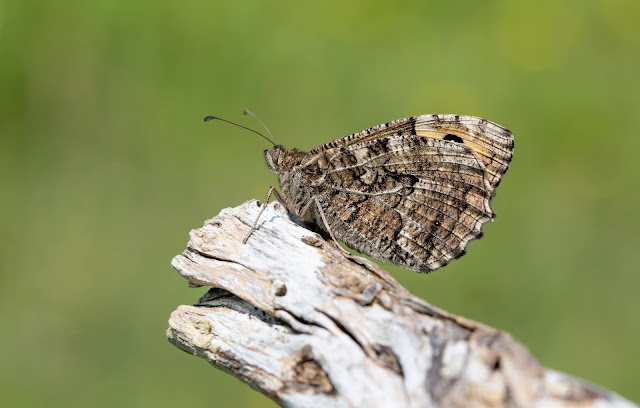 Female Grayling with a hint of fore-wing. 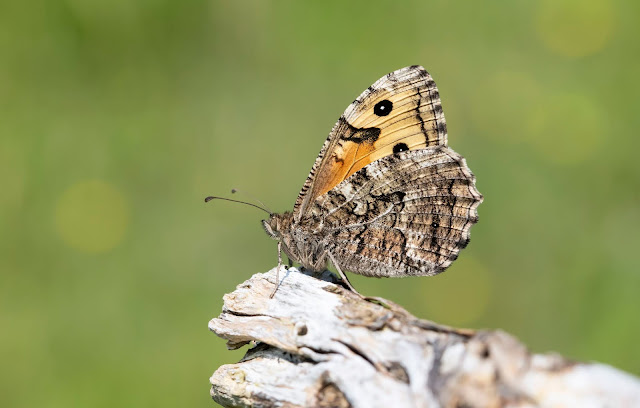 Female Grayling with, oh yes, quick get that shot!! 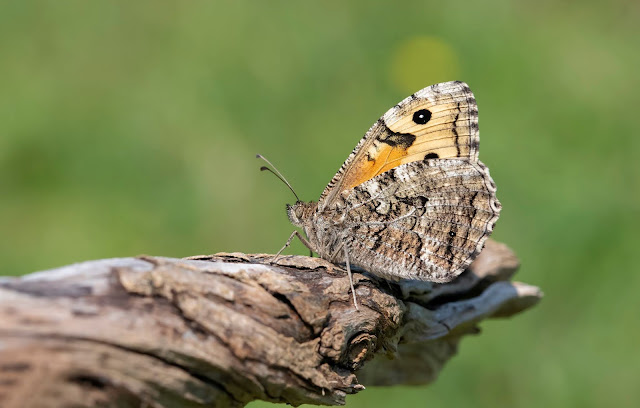 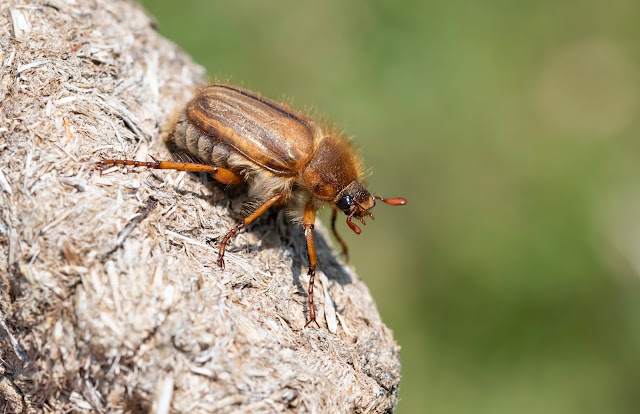