Despite it now being mid May the over-wintering Purple Sandpipers are still hanging around the local area instead of heading North to breed. It maybe has something to do with the weather still feeling far from Summer!!

I was lucky last week when I paid them a visit as the rain had almost stopped when I left the car and by the time I had reached the site the sun had come out.

Quite strange that the colour of their bills and legs change as well as their general plumage going darker. I daresay the birds will move North very soon now, so perhaps I got there just in time. 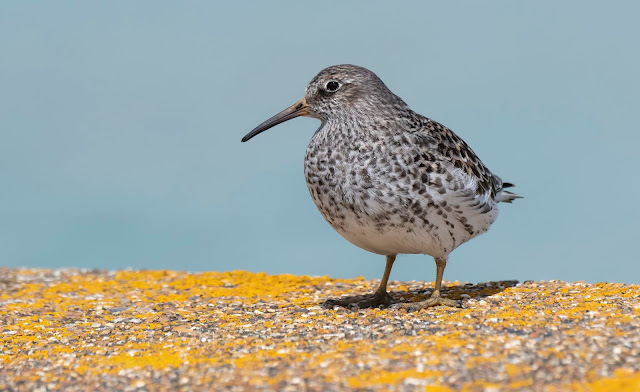 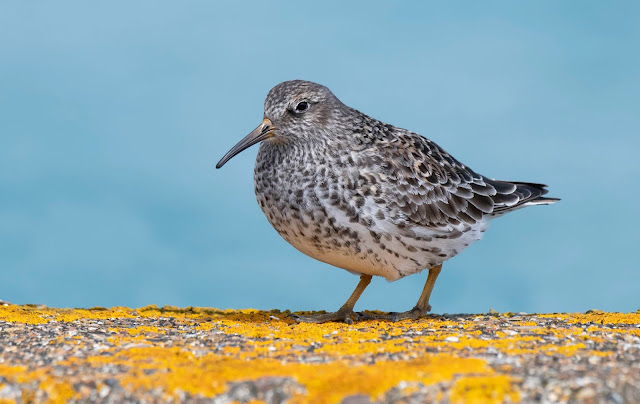 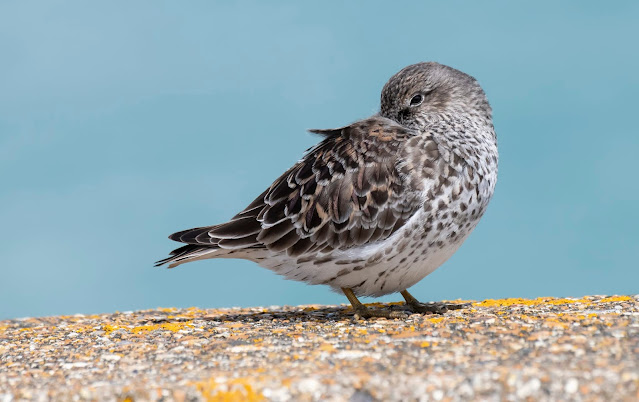 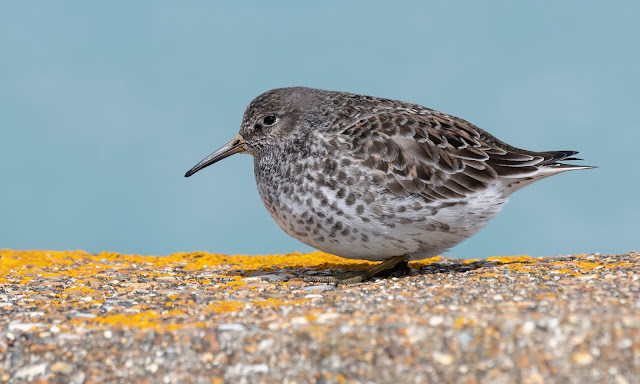 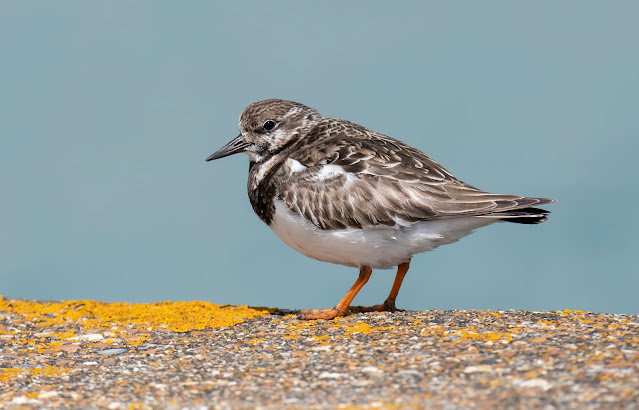 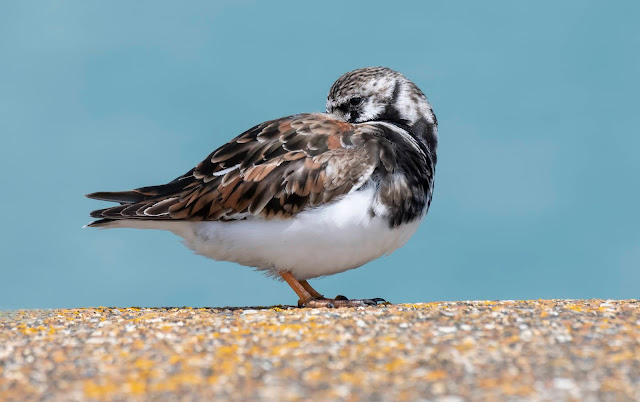 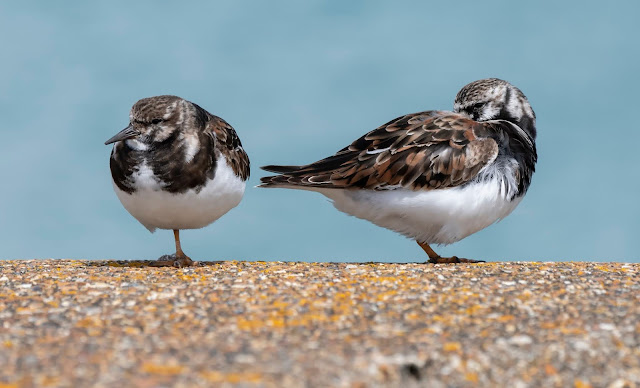