During last week I put the moth trap out just the once. With the weather being persistent in being very cold at night and often slightly too breezy near the coast it just hasn't warranted putting it out any more than that. Having said that, being woken up at first light by some Magpies on the lawn I quickly got downstairs before the birds could eat all the rare moths that I hoped for, but far from expected.

With bleary eyes I opened the trap up and turned over each egg box in hope only to find nothing. I really was fearing that there was going to be a totally empty trap, when at last, an egg box with a moth on it. It was also a more interesting moth as I thought it was a Mullein Moth, a moth I had caught a couple of times before over the years. I potted it up and went back to bed.

It was whilst I was laying there that I began to wonder if it was a Mullein Moth. I had only looked at it very briefly through my bleary eyes and something bugged me that maybe it was a bit more interesting.

When eventually I got up I took the moth book downstairs and had another quick look at the moth and realised it was my first ever Red Sword-grass. A much more unusual moth to catch, especially in Sussex, as not too many are caught in the County.

A little while later I did find a 2nd moth on the fence that had been attracted in by the moth trap. This one was a very common one although it was my first Shuttle-shaped Dart of the year. 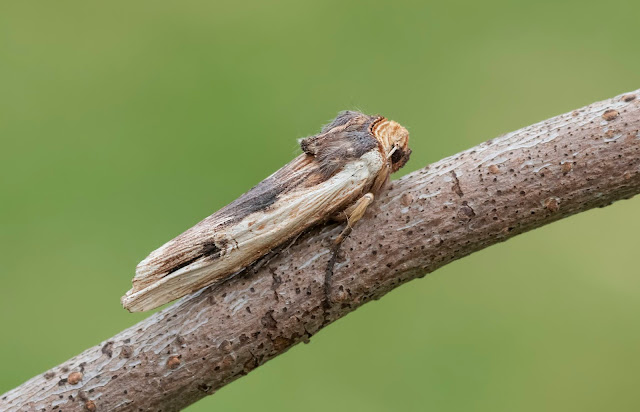 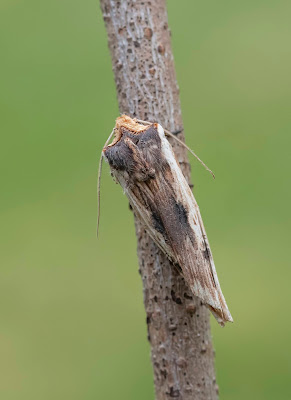 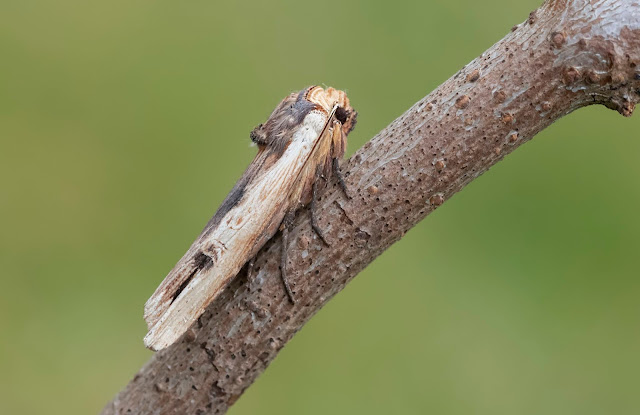 Posted by Bob Eade. at 09:40
Email ThisBlogThis!Share to TwitterShare to FacebookShare to Pinterest