I then followed this up by a second find of one on my patch on the downland at the back of Seaford on the 14th June. Both these finds were totally unexpected, but as this butterfly appears to be currently re-colonising Britain it is now on the radar of many butterfly enthusiasts, and just before the end of March Nigel and I met up in a Sussex woodland in the hope of perhaps stumbling across another one.

The weather was excellent with warm sunshine and light winds and with several butterflies seen including our first male Orange-tip of the year and several Peacock and Comma we somehow remained hopeful. After a couple of hours wandering about we accepted the inevitable that it just wasn't going to happen, after all this is an extremely rare butterfly still and it was a bit of a long shot coming across one. At this point Nigel had to leave and I was also considering moving on, however, I decided to see if I could maybe get a photo of the Orange-underwing moth. We had seen a few of these on our wanderings, but each time they had seen us first and all we saw was a moth flying up to the tops of the trees.

Eventually I came to a clearing in the woodland and as I entered it I saw a butterfly on the ground about 20 metres away. I could see enough of it to see it was a Tortoiseshell and my thoughts were that it seemed maybe too big for a Small Tortoiseshell. Quickly looking through the binoculars I was amazed to see it was indeed a Large Tortoiseshell. It was very flighty and as I carefully approached it fluttered up a few times and after just one photo it took off very powerfully and chased a couple of Peacock. After seeing them off I was relieved when it returned to the exact same spot which allowed me to run off a few quick shots.

At this point it once again took off at speed and once again chased 2 other large butterflies, this time however it unfortunately didn't return. The behaviour of the butterfly, holding territory and chasing other butterflies that entered the territory would indicate it to be a male. I did hang around for another hour or so in the hope it would return, but with the clouds building up it soon became evident it was not going to grace me with its presence again!! 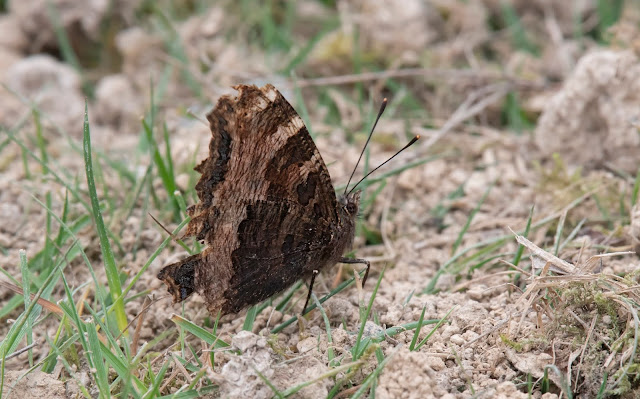 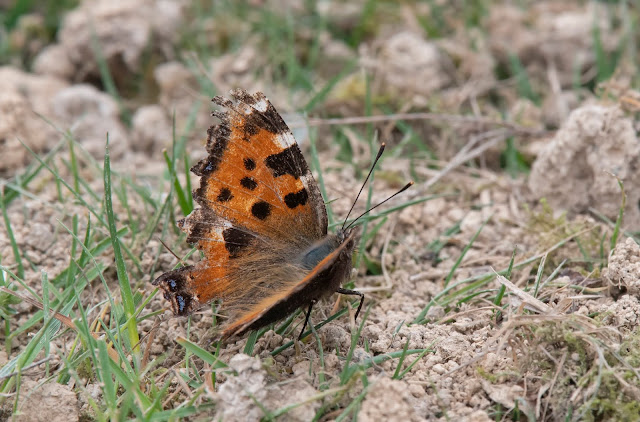 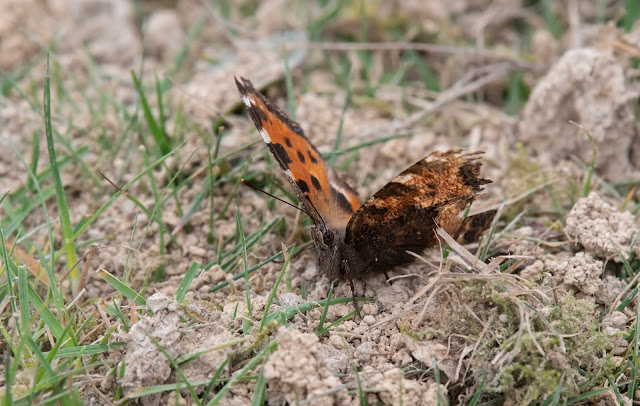 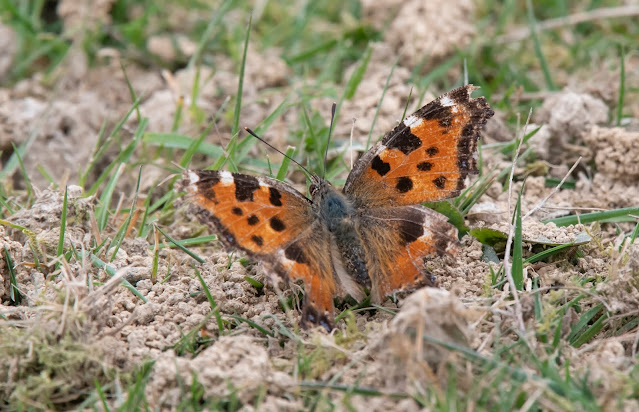 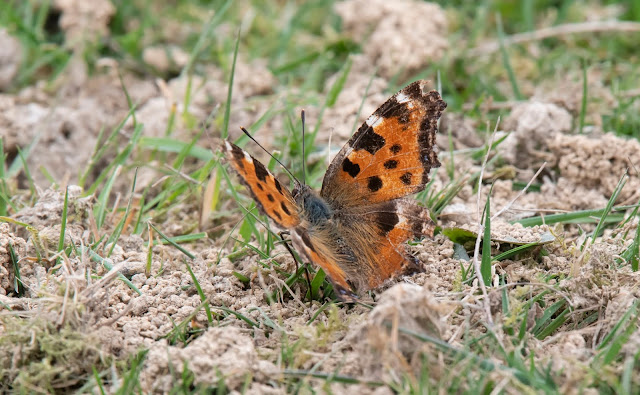 Male Large Tortoiseshell.
I did contact the Warden of the woodland and as it is in a very sensitive area for other wildlife he did suggest that at the time I should not broadcast the sighting as too many visitors could severely damage the habitat, and as I am a firm believer that the wildlife comes first I agreed to keep it under my hat, telling only Nigel and the County recorder. (Nigel was not happy)!!

Posted by Bob Eade. at 10:00
Email ThisBlogThis!Share to TwitterShare to FacebookShare to Pinterest