With too much time on my hands, as Pen is still in hospital, I have been spending yet more time trying to improve on previous photos of some of the stunning micro moths that inhabit my little patch.

With numbers of both the Pyrausta ostrinalis and Anylis comptana building it was good to see my first Pyrausta nigrata yesterday, and with cooler conditions, once found, the insects were slightly less active.

Bearing in mind these insects are just a few millimetres long it does take patience and a better eyesight than I have, but in the end I have achieved a few shots I am pleased with. 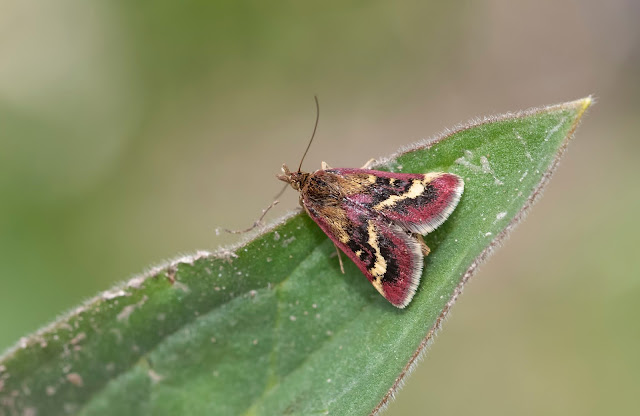 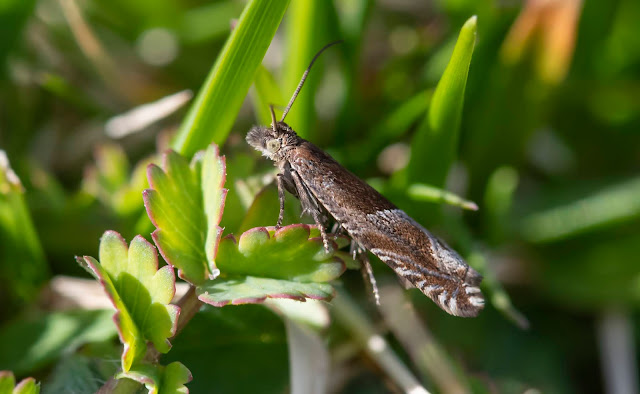 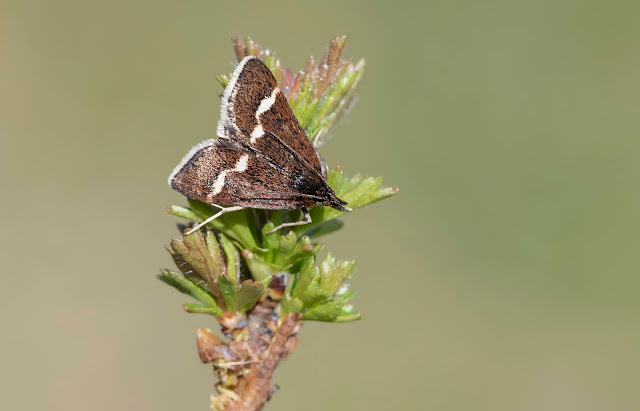 Pyrausta nigrata (Wavy-barred Sable).
On Thursday I was lucky to have my first ever sighting of a mating pair of Common Lizards. It was interesting seeing the male holding the female in position using his head and back leg. The path was too narrow to move past them without disturbing them so I had to wait several minutes for the coupling to finish. 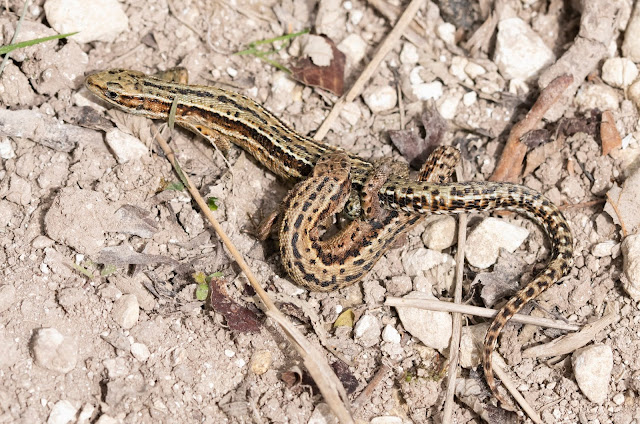 Mating Common Lizards.
The local Blackthorn is now starting to flower and a lovely Red Admiral was seen nectaring on the flowers of one bush. 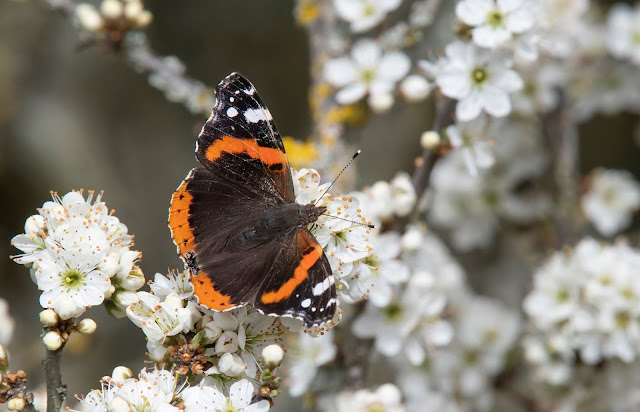 Red Admiral.
The tiny Brown-tail moth larvae are now coming out of hibernation and they are becoming very visible in their larval tents. These larvae should also be known as Cuckoo food!! 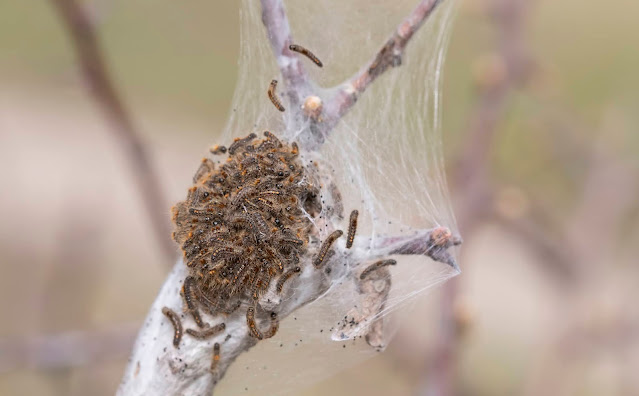 Brown-tail Larval web.
A very tame Robin was then seen in a bush making tiny calls to me. It was so close I had to move further back to photograph it. What a shame it wasn't a much rarer bird!! 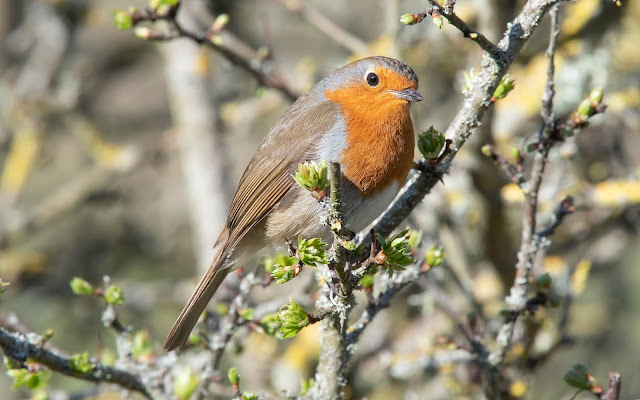 Robin.
Finally yesterday, I spotted a group of 4 Wheatear in exactly the same spot that I saw the group of 3 earlier in the week. This time it was 2 males and 2 females and the nearest bird was a stunning male. Still not close enough to get a good shot, but just about close enough for a record shot. 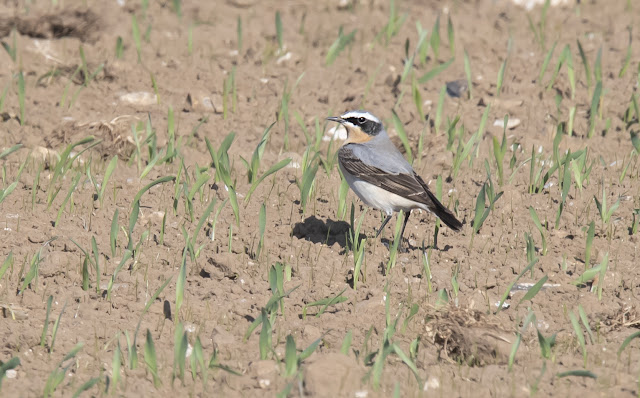 Male Wheatear.
With the forecast now getting much cooler it remains to be seen if I can find anything in the next few days before I am likely to be housebound doing my nurse impression!!