With a juvenile Velvet Scoter hanging around at the Sovereign Harbour in Eastbourne for the past couple of weeks David persuaded me that I really should take advantage of the opportunity to photograph it, as Velvet Scoter are normally only seen way out in the English Channel as they fly along in flocks of Common Scoter.

David had already had one visit there to see the bird so he knew the area where the bird was likely to be, and as the bird had not been reported that day, there was a chance that it wasn't there at all. However, it was only a matter of a few minutes before we saw the bird as it swam around some of the moored boats. At first it stayed some distance from where we were able to go but eventually we managed some close views, and although the light in the harbour was very difficult a few nice photos were achieved.

The bird did manage to catch several crabs while we were watching it, and that is presumably why the bird is hanging around for so long. As was the case with the Black Guillemot that spent much of the Winter 3 years ago in exactly the same place. 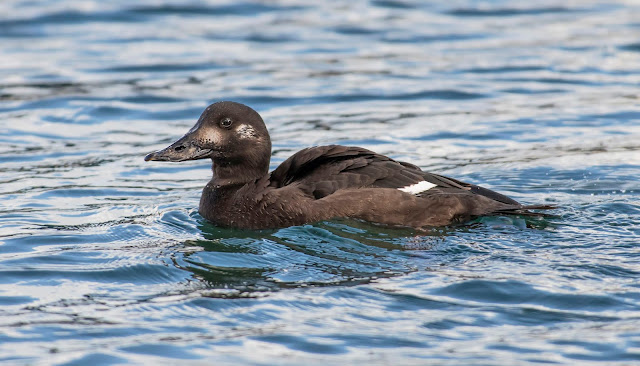 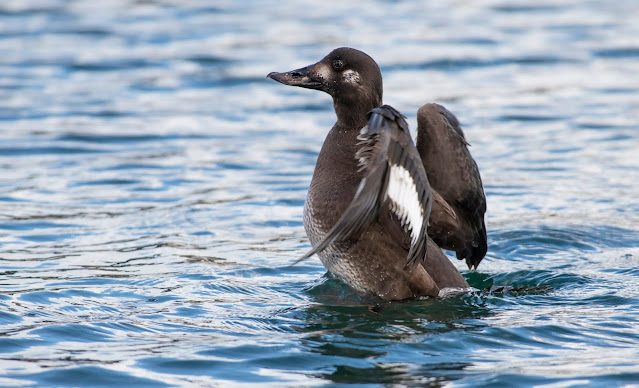 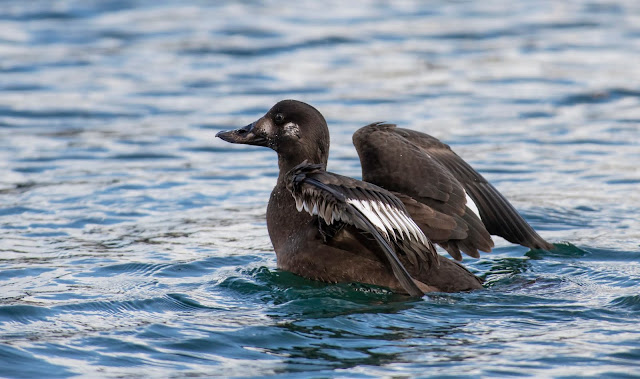 As it washed the distinctive white on the wings were very evident. 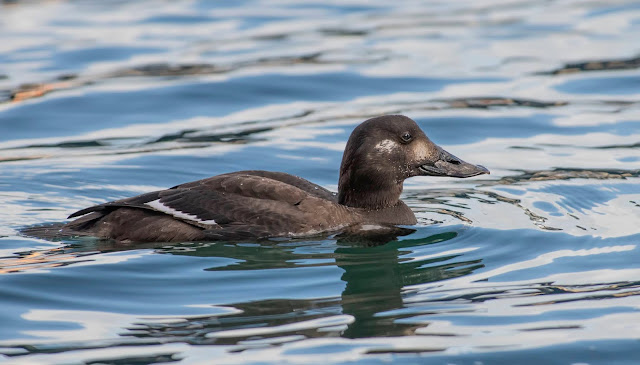 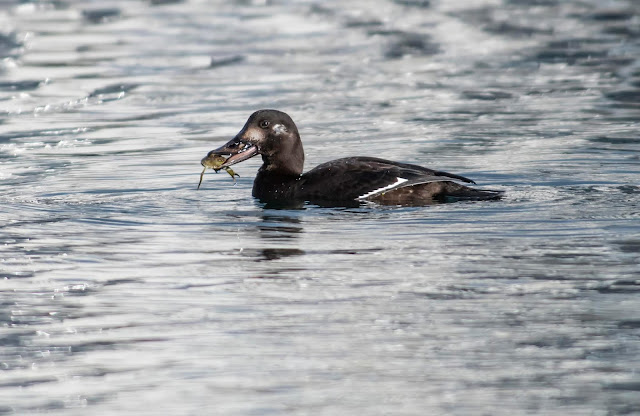 One of several Crabs caught. 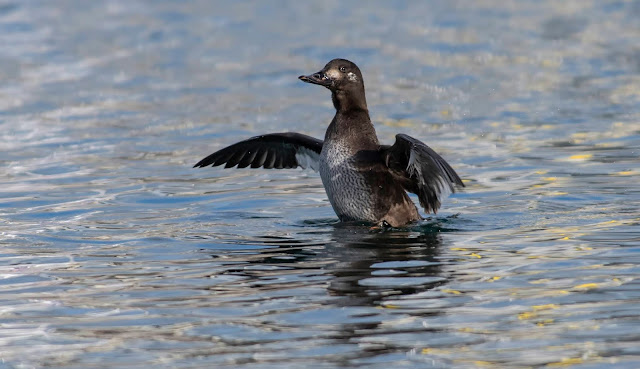 A final flap of the wings.