On a year when travelling any distance was just not possible the local patch came to the rescue giving me many highlights that included several rare and very rare finds.

The longest trip of the year was a great day out with Pete and Paul down to Farlington Marshes. This was before the Covid situation really got going and there was little sign of what was to follow. The plan was to hopefully get some Bearded Tits that had been showing well in the reed-beds there, but we only had a few long distant views of them. There were plenty of Pintail and Brent Geese though to photograph as they flew over us. 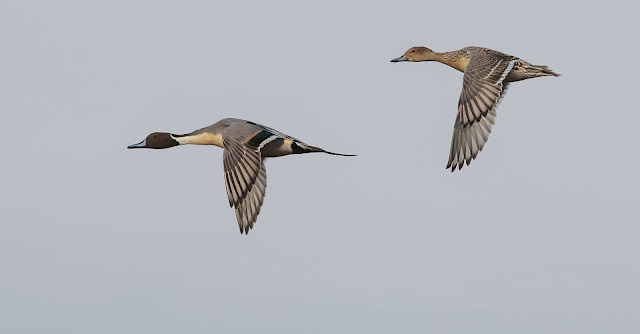 My next highlight came in the form of a pair of Barn Owl that were regularly hunting in a local meadow. I managed 3 sessions with with the owls and my favourite photo of the year was achieved here. 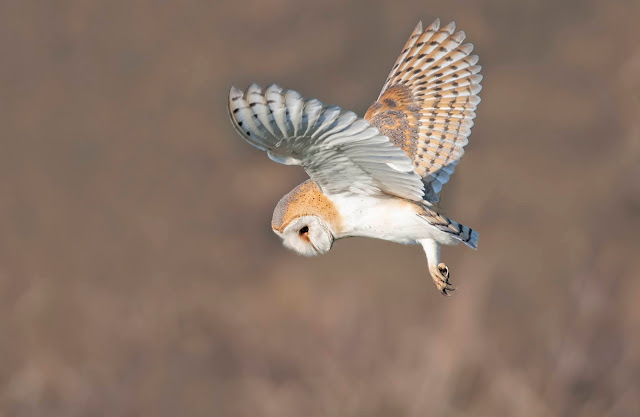 My favourite photo of the year. 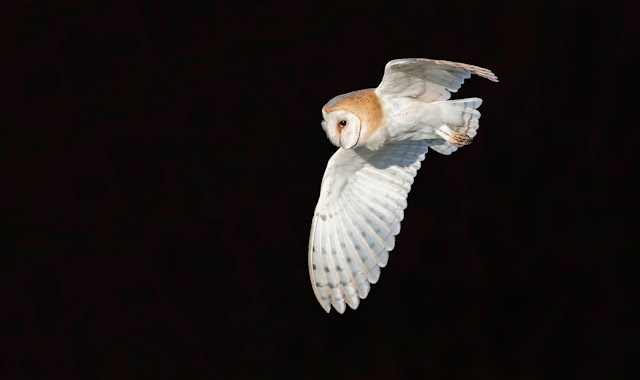 Barn Owl.
Just before the first lockdown I had my only session with Phil Winter, something that I definitely missed. Fortunately the beautiful male Sparrowhawk that often shows up at his hide performed for me for the first time. Great to see the bird so close. 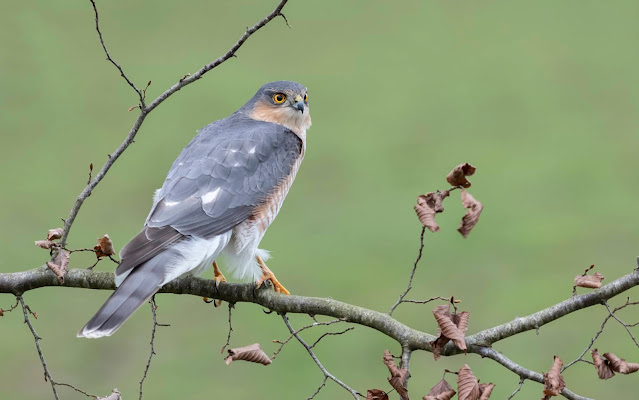 Male Sparrowhawk.
The lockdown started just after this and I was restricted to my local patch. With the small car park also being closed I started to walk from home aiming to get there just after first light. This proved to be a very good move as I saw many great sights including fresh butterflies waking up. I also had great views over many weeks of a family of Fox cubs. 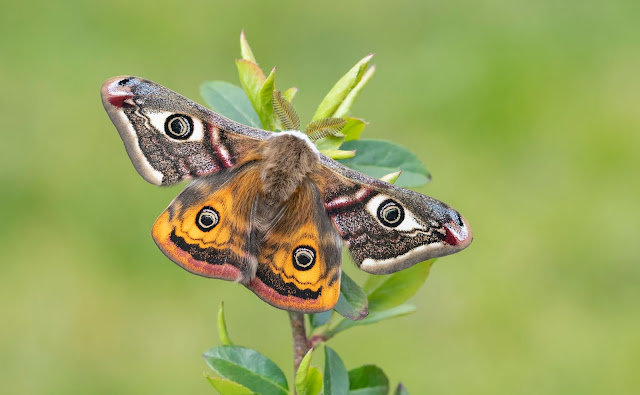 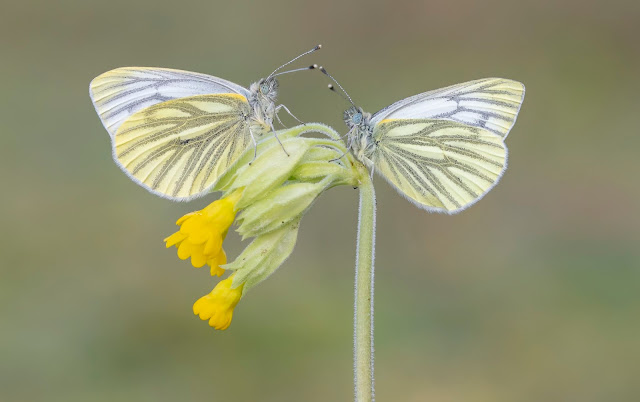 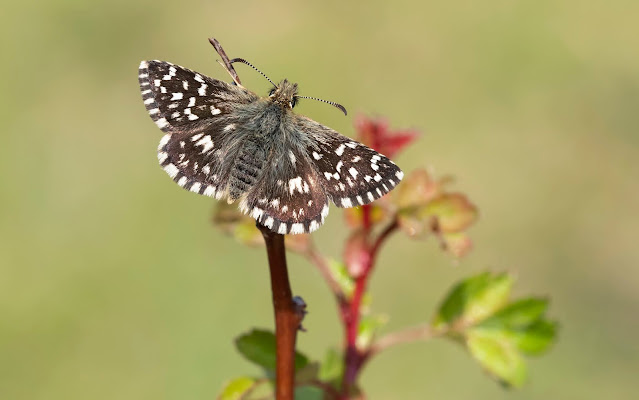 Grizzled Skipper.
The Grizzled Skippers had quite a good year on the patch, which was very satisfying as I had done quite a bit of management work to help them.  I also saw 2 taras forms of Grizzled Skipper. This very attractive form is not rare in the woodland colonies, but is rare with the Downland colonies.
Green Hairstreak also did extremely well this year locally. 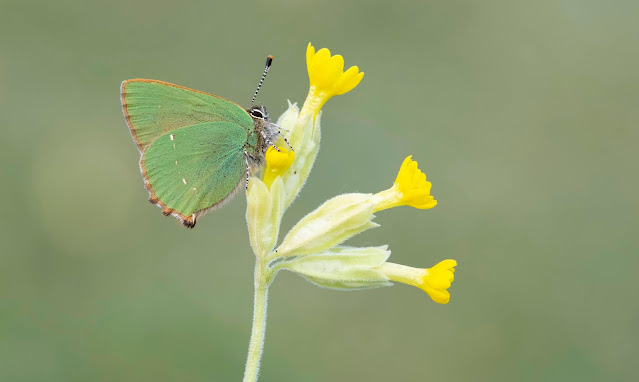 Green Hairstreak.
A chance encounter with a Common Whitethroat was very special. The bird kept coming back to the same bush, so I just sat quietly and waited. A great 20 minutes later and many pleasing photos in the camera. 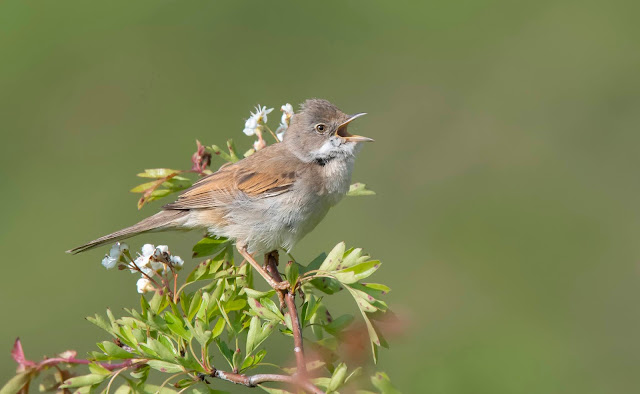 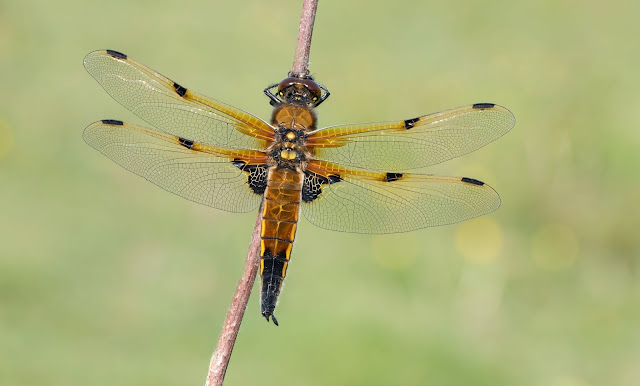 Four-spotted Chaser.
It was walking back home from one of these sessions that I had my 1st 2020 big moment.
I had been hoping to see my first Small Tortoiseshell of the year and had been searching one of the local hotspots without success. I was almost back home when I saw a Tortoiseshell butterfly in the foliage just off the kerb. I immediately thought it looked a little bit bigger than usual and as it opened its wings I was amazed to see it was my first ever Large Tortoiseshell in Britain. This is a butterfly that is considered extinct in the UK as a breeding butterfly, but with a few more sightings over the past few years I had been worried that it may be added back onto the UK butterfly list, which would have meant I had no longer seen all the British species. This one had presumably hibernated nearby and had woken up on the sunny Spring day.
Amazingly, I was to find another Large Tortoiseshell later in the year, but that will be on my next post!! 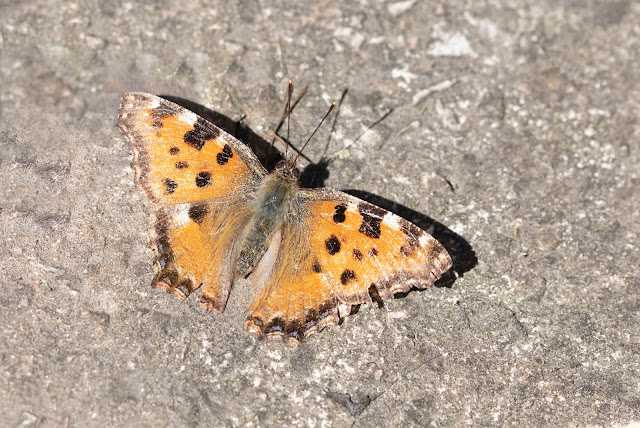 Posted by Bob Eade. at 15:47
Email ThisBlogThis!Share to TwitterShare to FacebookShare to Pinterest