With very limited time over the past few weeks due to both my Mum and Pen being in hospital, not the same hospital either, I have found it difficult to keep both motivated as well as struggling to make use of days with decent weather.
I also feel I can't leave Pen on her own too much as she slowly recovers from what was at the time a very frightening and depressing time.

Therefore, I was thinking that my annual Wall Brown count would be missed this year for the first time in 11 years, but a small window of opportunity came about and I set about the 4 mile walk hoping for good results.

It actually started extremely well, but then went downhill with larger areas than were expected with very few Wall Brown showing.  The breeze did pick up a little and the main path where I normally see good numbers was being used by a tractor and trailer as the field at the end was being harvested. The final count for the circuit ended up at 59. Still impressive for most sites for this species that has seen its numbers drop dramatically over the years, but I was hoping for many more.

I did think I could fit another count in before the end of the peak flight season, but alas, due to both the same time restrictions as well as the weather going downhill with a vengeance it wasn't to be.

I did manage a reasonable shot of a female Wall Brown, although photography was not my aim that day!! 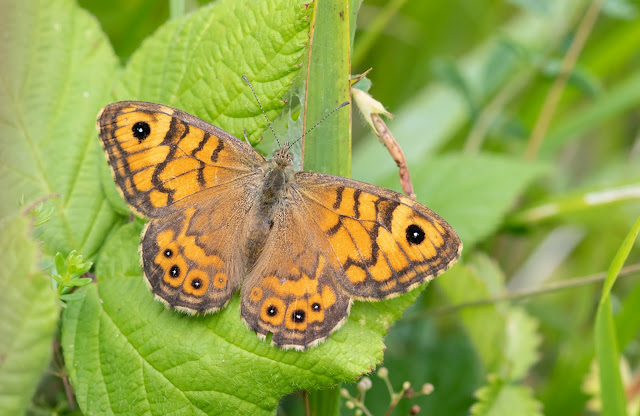 Halfway through the walk I was along the bottom of the valley when I spotted a couple of Roe Deer in a field with a very high growing crop. With the wind blowing from them to me I managed to creep much closer and I was soon in a position to photograph the buck eating whatever the crop was.  It was growing almost as tall as the Deer which also helped me get closer as every time it started feeding its head was down in the foliage.

Eventually it heard the shutter going off and it stopped to look at me, although it wasn't too concerned as it continued feeding.  It then thought that maybe I was a danger so it started to run away, leaping above the very tall crop. 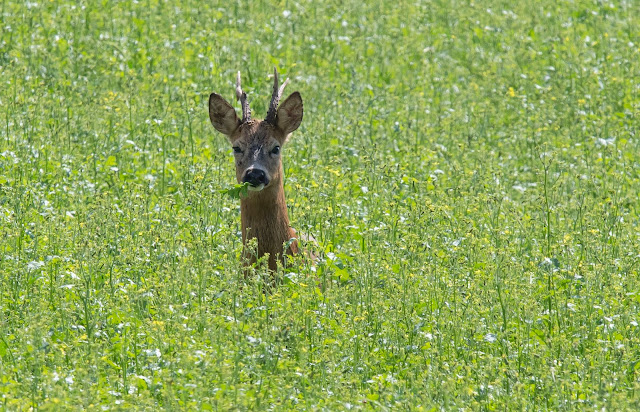 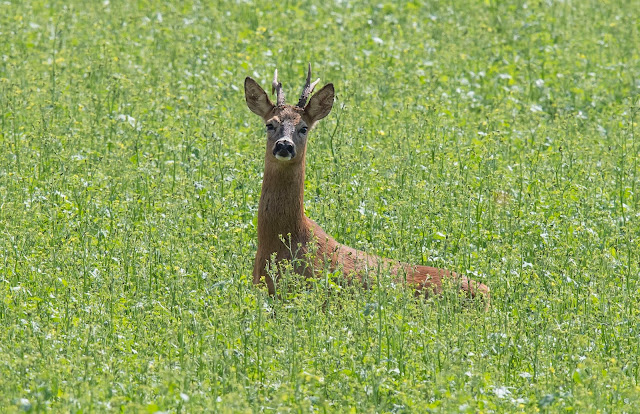 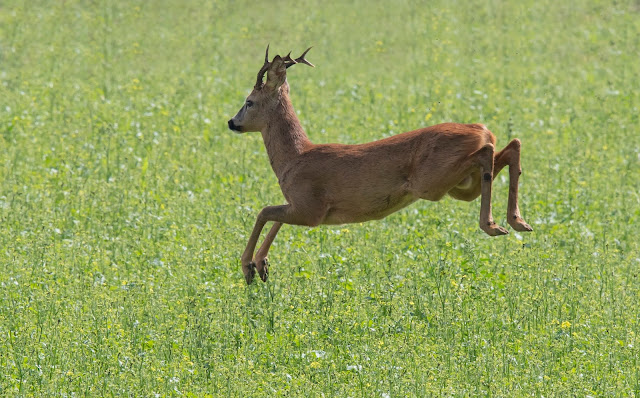 The bottom track of the butterfly count was extremely poor, where I had seen several Wall Brown the evening before, but a few other species were seen including a fresh Small Tortoiseshell and lots of Silver-spotted Skipper. 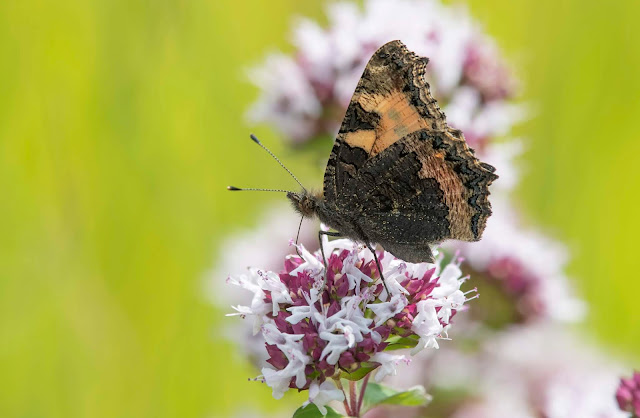 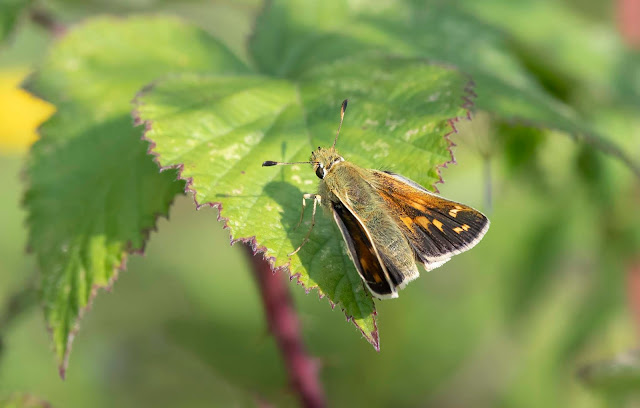 Posted by Bob Eade. at 10:40
Email ThisBlogThis!Share to TwitterShare to FacebookShare to Pinterest