My good friend Phil has had a family of Little Owls nesting in an Owl box in his garden for several years now. Most years they successfully rear 2 or 3 chicks and for a few weeks each year they make a great subject for the camera.

However, this year it was looking particularly bad as the male was attacked and killed by some Magpies, and despite Phil seeing what was happening and trying to intervene he was too late to rescue the Owl. At this point the chicks were still quite small and he didn't think the female would be able to rear the unknown quantity of chicks alone.

A few weeks passed and Phil wasn't sure how many chicks, if any, had survived until one evening he was sitting in his hide just after dark when the female flew in and was followed by a youngster. A few seconds later another chick came in and then a big surprise as 2 more joined in. The female had defied the odds and managed to raise 4 chicks on her own, with a little help from Phil.

With the Magpies having left the area the Owls started to appear when the light was still good and I was lucky to have an invitation to join Phil before the chicks also left the area.

They certainly liked to perch on his gate where they looked fabulous as they performed as only a Little Owl can do, at times doing a Michael Jackson 'Moonwalk'!! 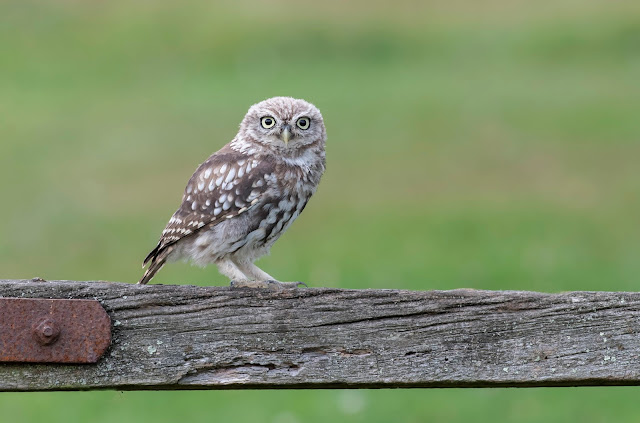 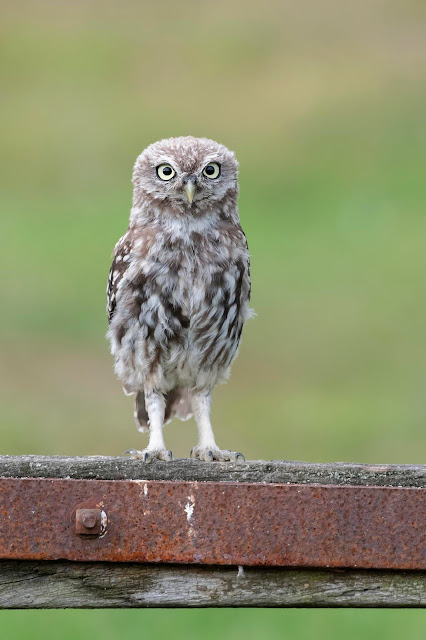 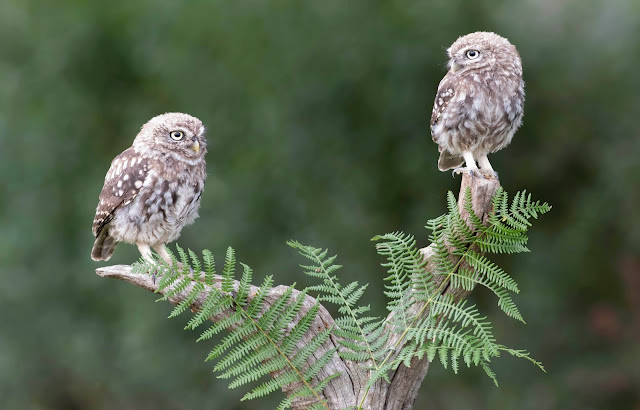 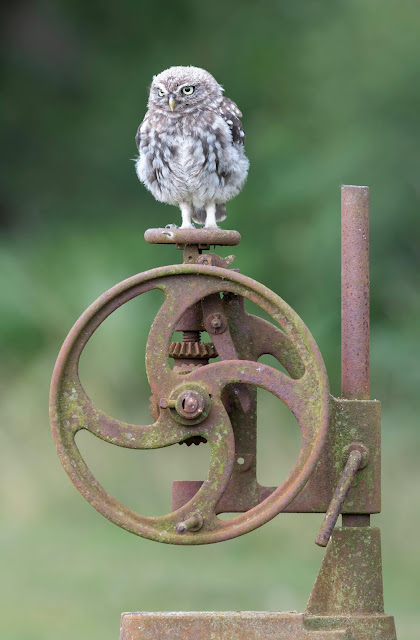 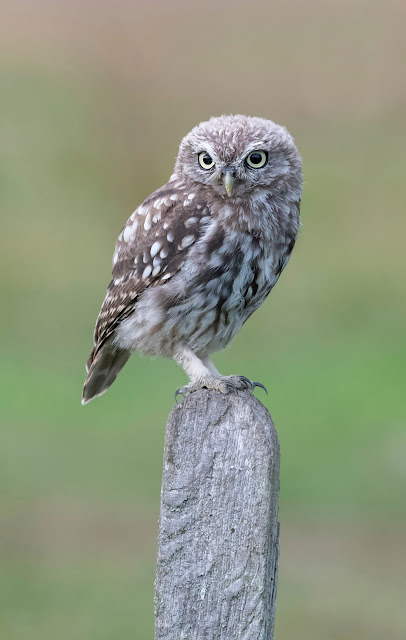 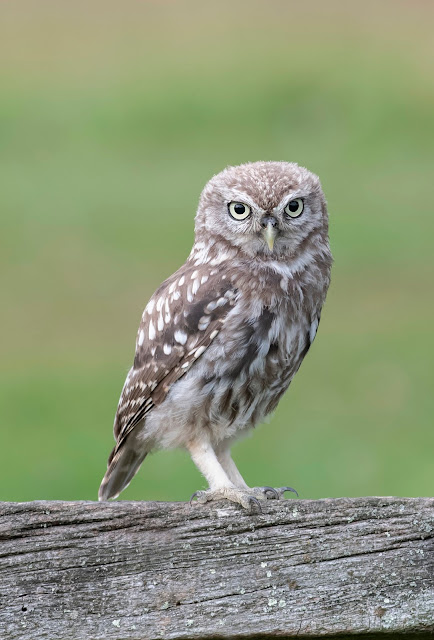 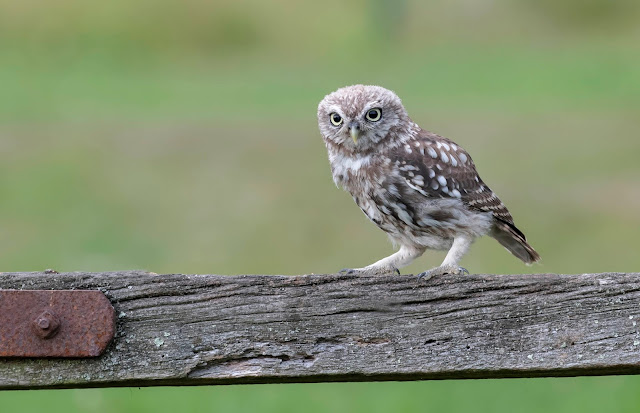 My thanks to Phil for inviting myself and Clare along, after a really bad week it put a smile back on our faces!!

Posted by Bob Eade. at 17:13
Email ThisBlogThis!Share to TwitterShare to FacebookShare to Pinterest