It is always difficult saying which butterfly is a favourite, but I really do like the Hairstreaks and in particular the White-letter Hairstreak.

Over the years I have found several local colonies of this elusive little butterfly, but due to the dreaded Dutch Elm Disease many of these colonies have now gone, along with the trees that the butterfly relies on.

One of my local Cuckmere colonies didn't produce any sightings last year and although several trees remain I was concerned that maybe the butterflies had gone, so it was a relief to spot a female nectaring on the Bramble flowers. One of the things about White-letter Hairstreaks is that once the butterfly is busy feeding they can be very tolerant. This one was generally too high up on the bush, but eventually it did fly to other Bramble flowers within reach of the camera and a few images were taken. This was the only sighting at this site as far as I am aware though. 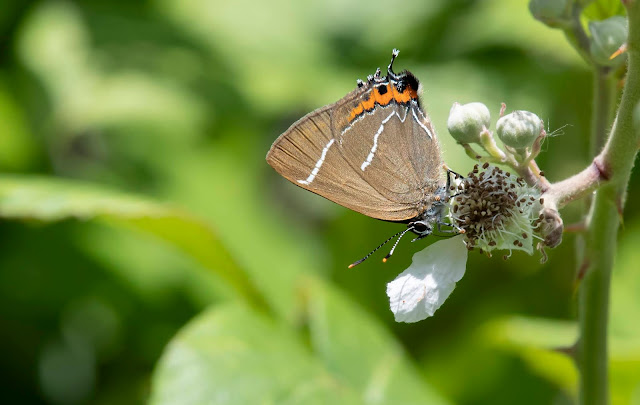 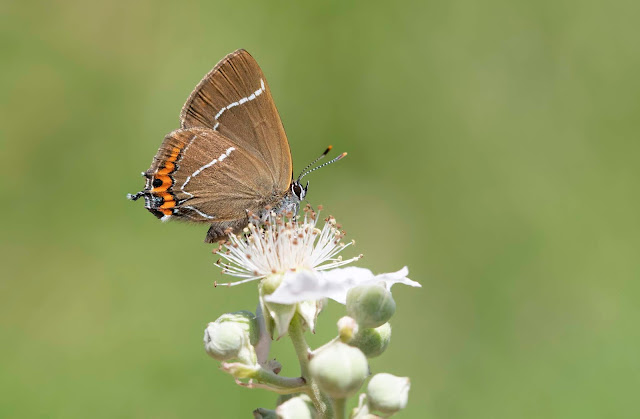 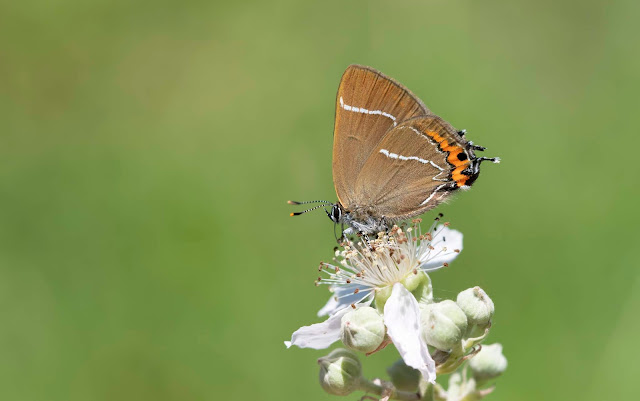 I also have a small colony only around 200 metres from home, as the hairstreak flies. These ones I only normally see the odd male flying high above the scrub Elm. However, this year for a few days I was seeing them too nectaring on the Bramble flowers. All those seen were males, and it was a maximum of 4 males seen at any one time.

Brilliant though to know they are still hanging on in this area despite the disease in the Elms continuing. 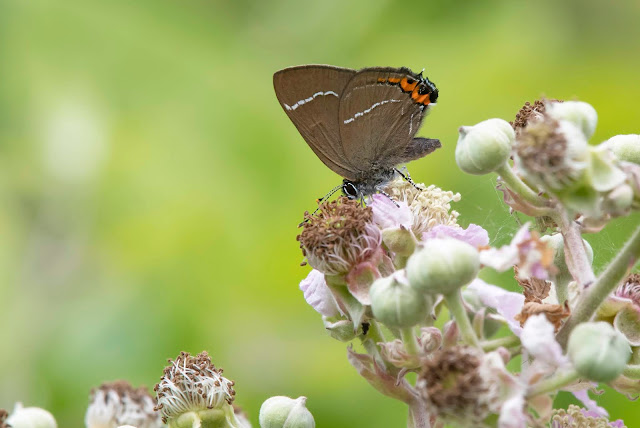 Posted by Bob Eade. at 11:40
Email ThisBlogThis!Share to TwitterShare to FacebookShare to Pinterest