Purple Hairstreaks are one of the most common of our butterflies, however, they are rarely photographed as they spend the bulk of their time high up in the tall mature Oaks only coming down to ground level very occasionally.
For several years Nigel and I have been getting to know their habits a little more and we can now see them with a bit more reliability in a chosen woodland.

I have only managed a couple of visits this year though, but both times I was rewarded with some fine sightings, although the butterflies still didn't perform as well as they did a couple of years ago when I managed my best shots of this little butterfly by a country mile!!

On the way to the site I was driving along a country lane when I suddenly had a couple of Fox cubs playing in the road. Fortunately I had the camera with the telephoto on the passenger seat so I managed to stop the car and get a couple of shots quickly before they both ran in. This cub probably thinks I can't see him as he is hiding behind a blade of grass!! 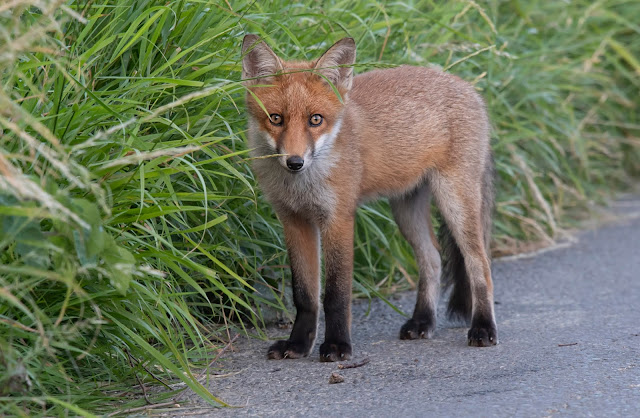 On arrival at the wood I was pleased to find a Purple Hairstreak almost straight away, and it was obviously in the position that it roosted in the night before as it was covered in dew. I particularly liked the large dew drop on its leg and the one on the antennae. 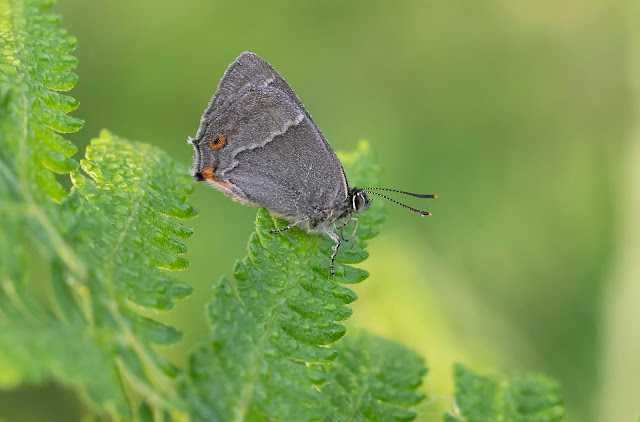 A little while later I spotted another male Purple Hairstreak asleep. Gradually he started to move around and I took several shots of him. It was only when I got home and was processing the shots that I noticed that there was a little interloper in the form of a tiny caterpillar. With the sequence of photos the caterpillar gradually came closer to the butterfly and this culminated in a photo where the caterpillar reached the butterfly and turned to the camera and appeared to be smiling at me!! 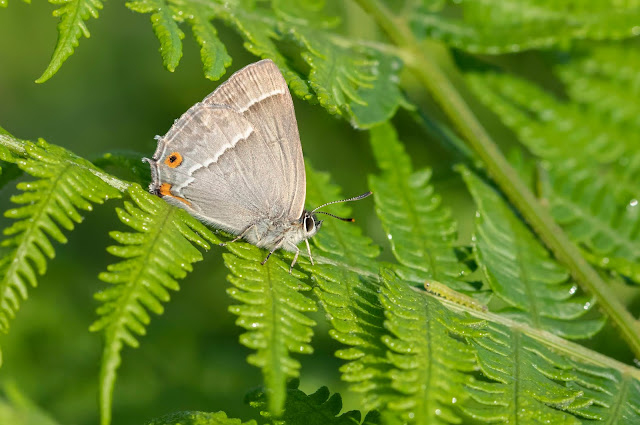 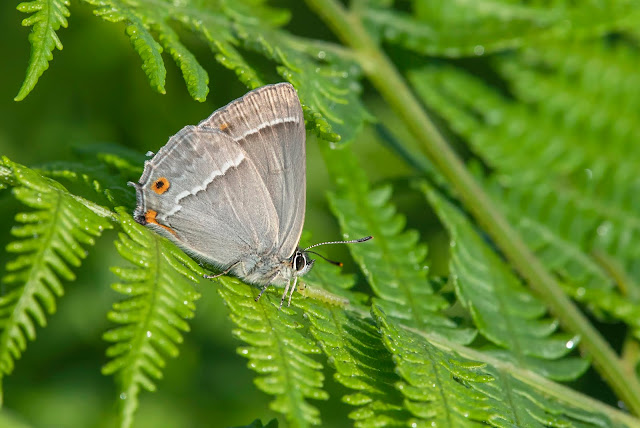 A few days later I was very pleased to be able to show Clare some close-up views of the Purple Hairstreak. The previous week we had seen many flying around the tops of the the Oaks, but she had never seen one close before. This included a male that opened its wings to show the purple sheen. 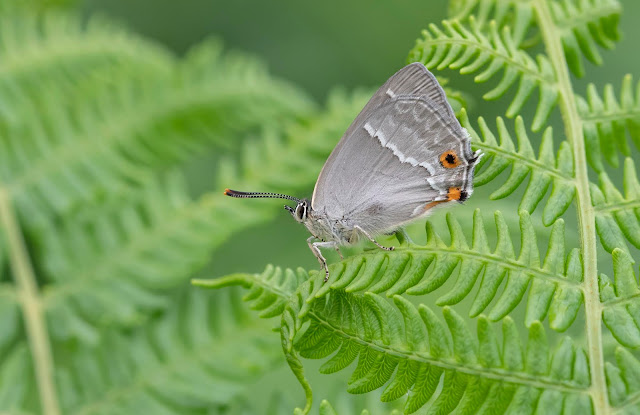 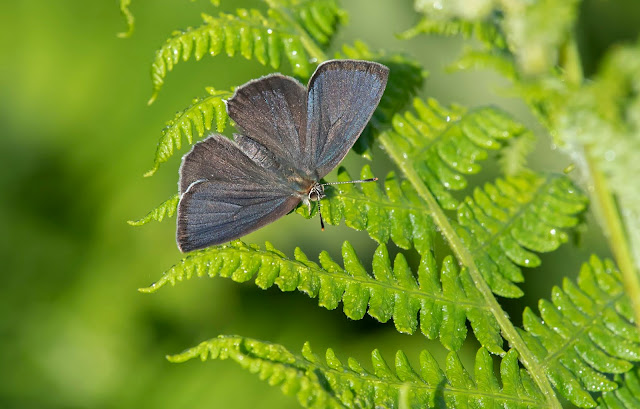 Several other great woodland butterflies were seen during the visits with Silver-washed Fritillaries and White Admirals looking really good and some of the very common species also looking smart. 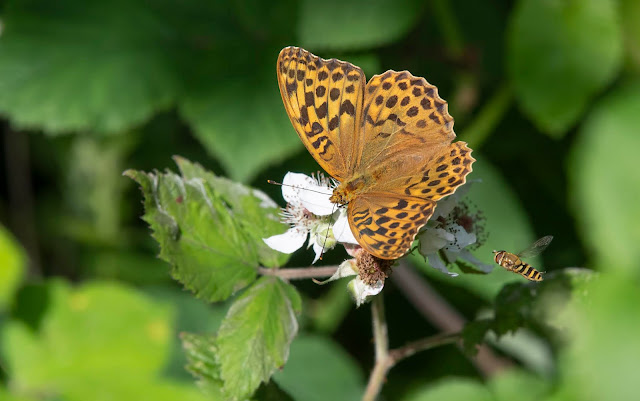 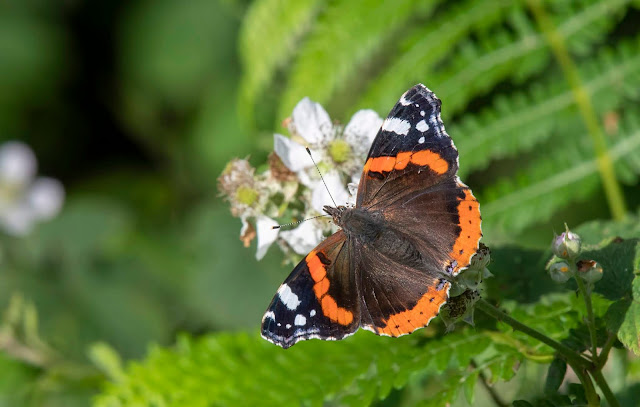 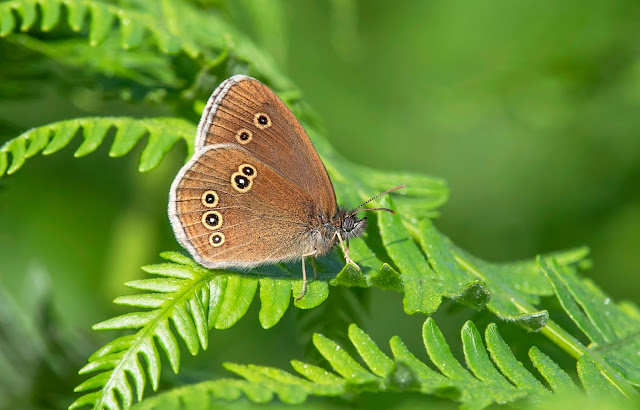 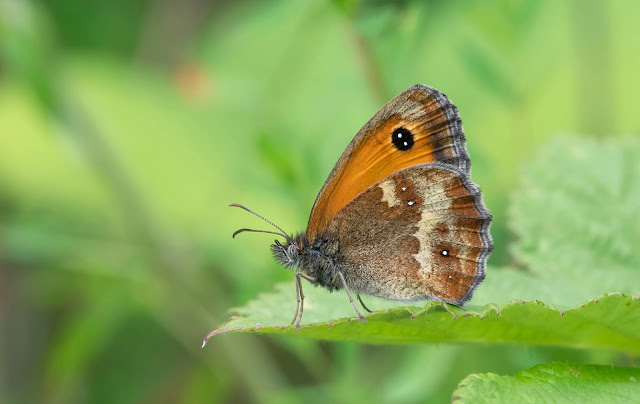 Posted by Bob Eade. at 08:29
Email ThisBlogThis!Share to TwitterShare to FacebookShare to Pinterest