One of my yearly highlights is a very early visit to see the Dark Green Fritillaries waking up. It is early too with the first photo this year being taken at 5.46am.

Finding these beauties at roost can be so rewarding though so it is well worth getting up for, as well as the long walk.

This year seems particularly good too for the species and for once I didn't struggle trying to find them at roost. The only problem was that as I was slightly later in the season than I would have liked the one that I was concentrating on wasn't quite as fresh as I would have liked. However, it was still very nice on the under-wing. 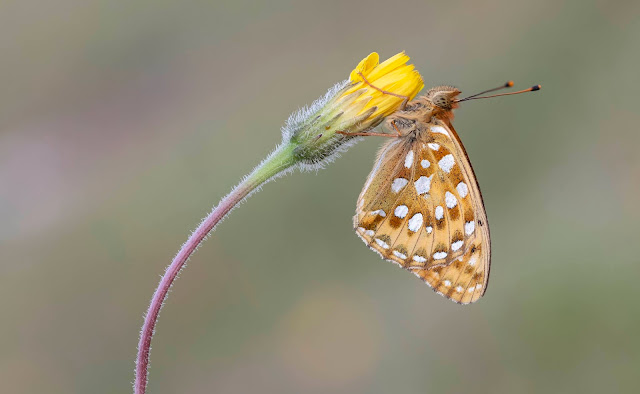 The first photo of the morning.
A roosting Dark Green Fritillary at 5.46am. 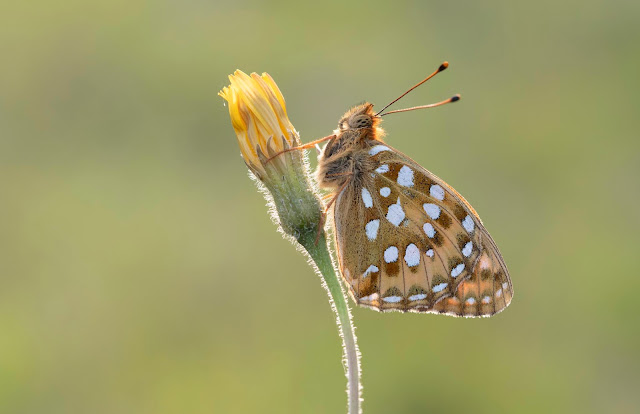 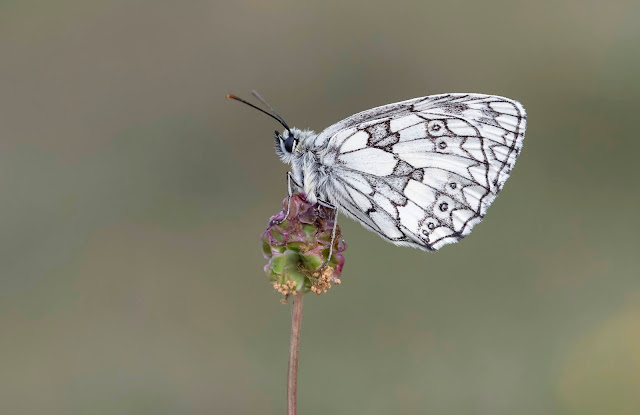 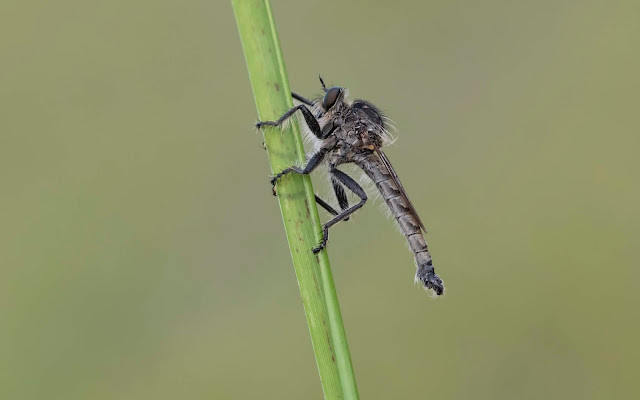 As the sun warmed everything up, including me, the Fritillary opened its wings for a short while before taking flight. 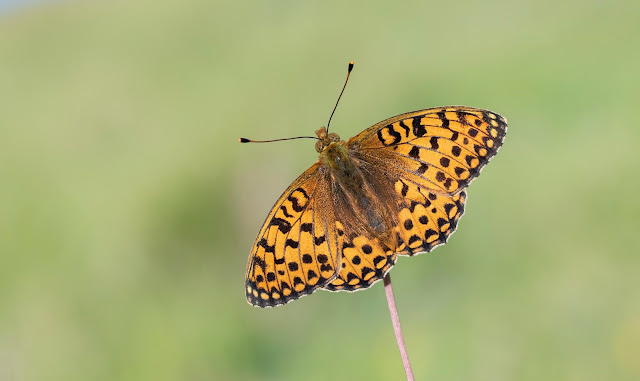 I then decided to take a little look further down the hill where the sun hadn't reached and I started finding many more Fritillaries including a very fresh female. This one showed where the species gets its name from with a lovely green colouration on its under-wing. 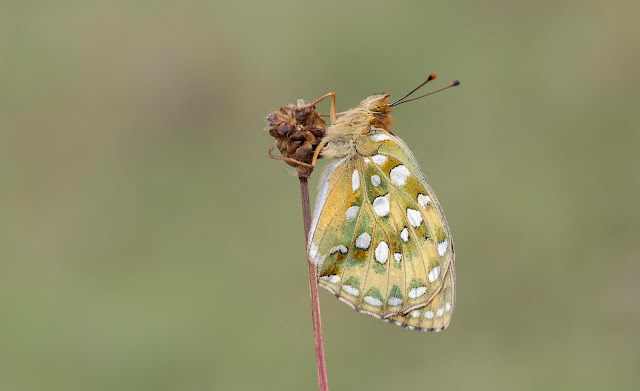 Very soon the sun had crept to this area too and she started to open her wings. Unfortunately she didn't spread out as much as the male had earlier, but she certainly was a gorgeous colour on top. 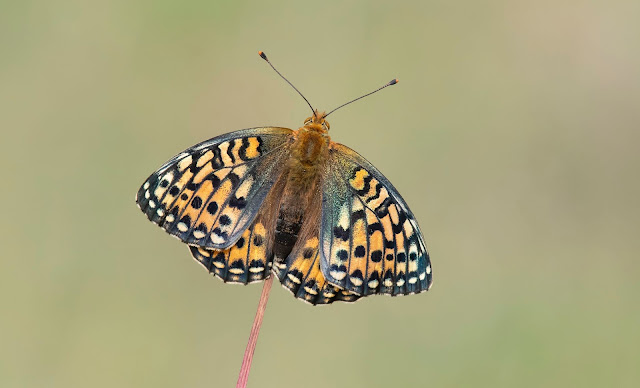