I owe a couple of favours to my good friend Paul, so it was a relief to pay back a little bit to him this week. He wanted to join me on a Green Hairstreak hunt as it has been a few years since he managed a decent shot of one, so yesterday, in great conditions we ventured onto the Downs with the sole purpose of finding a pristine individual that would also perform well for us.

In all we saw at least 6 individuals, although many of my usual bushes were still not occupied, so hopefully there are many more to come. Eventually Paul spotted one that was on ground level, all the others to that point had been sticking to the tops of the bush-line.

For the next 20-30 minutes this one performed for us, although I was a little disappointed with most of my results considering how well it did sit for us, albeit at times at angles that were difficult to get to.

I also managed a few shots on the previous day including a very smart punctata form, where the white streak goes through both the fore and hind-wings. 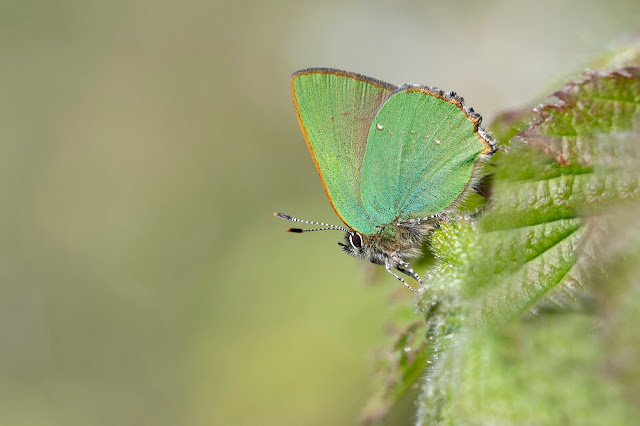 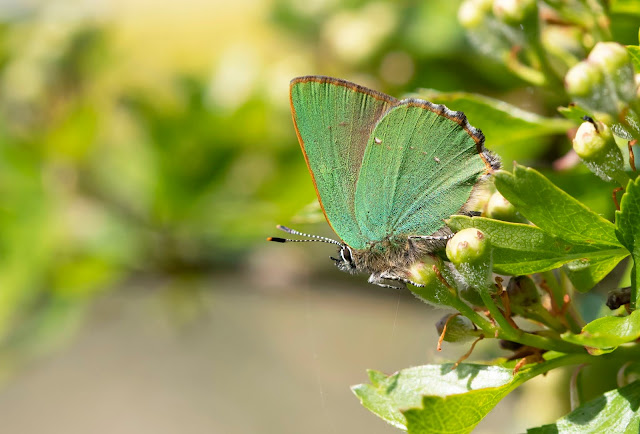 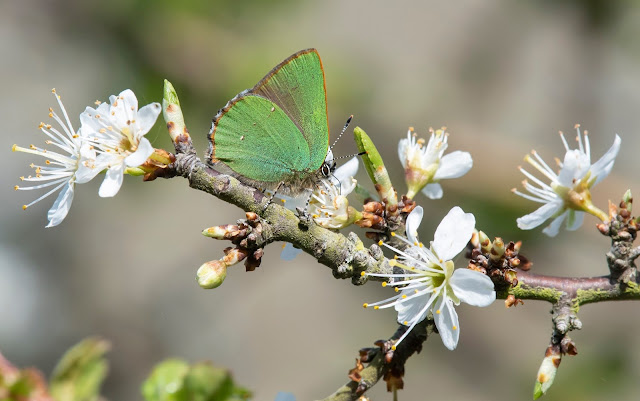 Nectaring on the blossom. 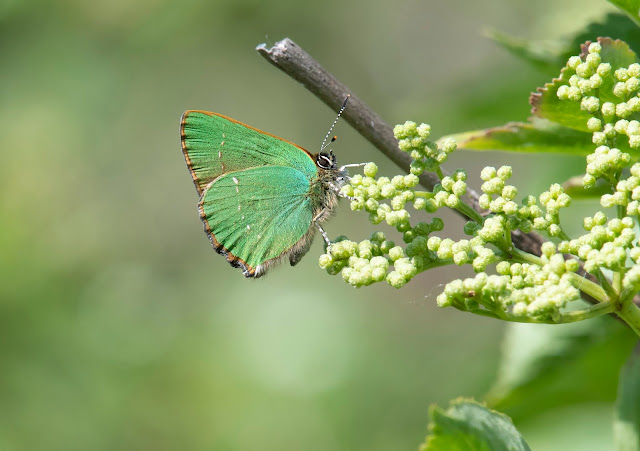 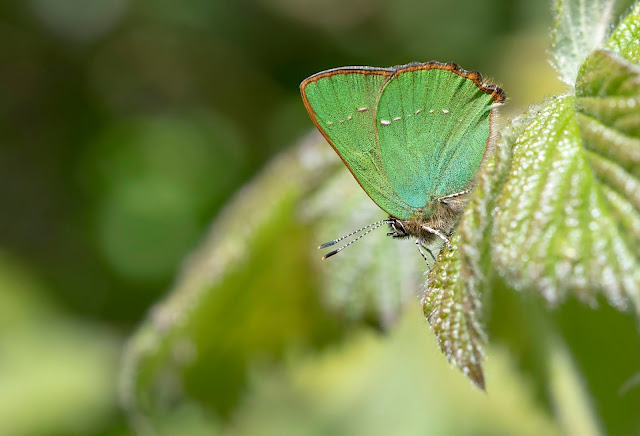 Another punctata form from the day before.

In one of the dew ponds several Newts were showing, along with many tadpoles.

Newt just below the surface of the water.