With warm and calmer weather at last the day started off with opening the moth trap, as it was the first warm night after many very cold nights I shouldn't have expected much and it shouldn't have been a surprise to only get 5 macro moths. However, when I put the trap out the night before I was hoping to find a Mullein Moth the following day and that is exactly what happened. This is only my 2nd Mullein and the first for 5 years. 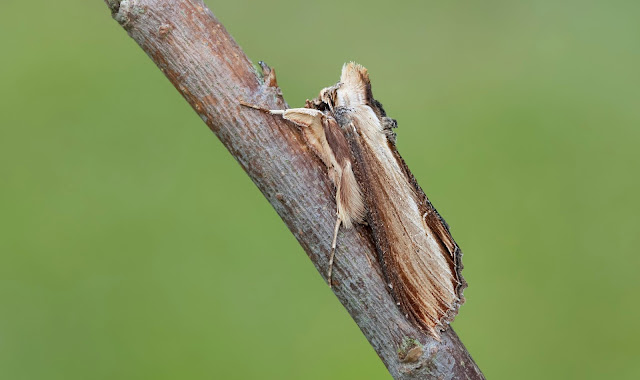 The only other notable moth was my 2nd Brindled Beauty. 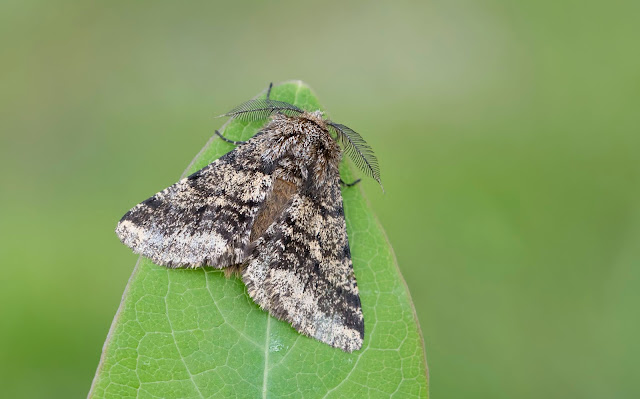 I then went for a stroll around the patch where the first butterfly seen was an early Small Heath shortly followed by a Dingy Skipper. 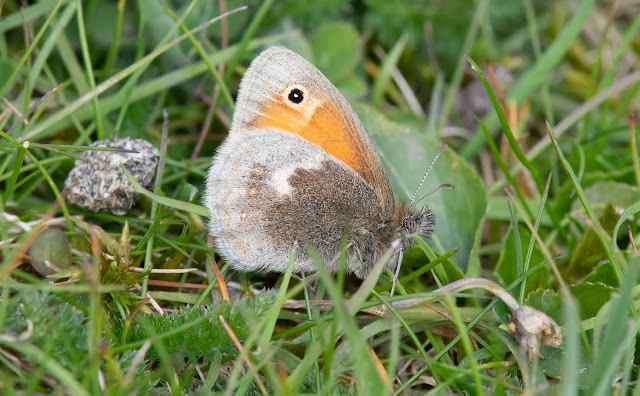 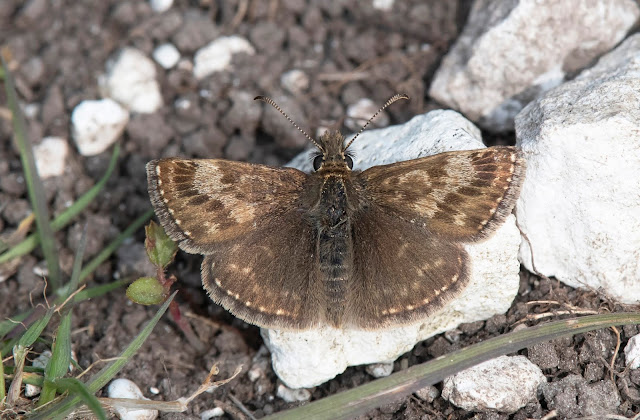 A search for Grizzled Skipper was unsuccessful but whilst looking for these I spotted a female Emperor Moth. This is only the 3rd female I have found in the field, and of those only one was in pristine condition. This one unfortunately wasn't, but it is always a special moth regardless to find. Hopefully she has laid many eggs in the vicinity for future generations. 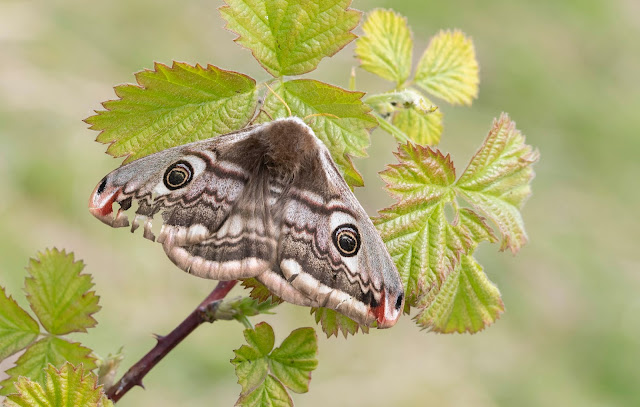 Only a single Green Hairstreak was seen and this one unfortunately stayed high in the bushes. Another new species for the year was a Holly Blue that flew along the bush line.
The session finished off with a quick look for Marbled White larva. One was found almost immediately and as occasionally happens this one sensed my presence and went into its defence position, trying to look large. Not easy when you are only just over 1 cm long!! 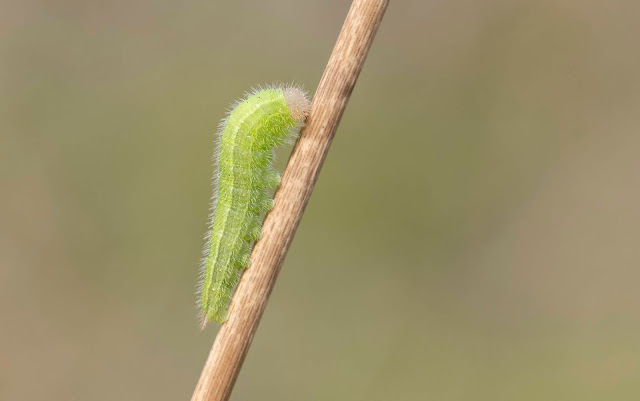 There were also several Pyrausta ostrinalis micro moths flying, and for once I found one that was extremely fresh, showing off the superb colours on this tiny gem. 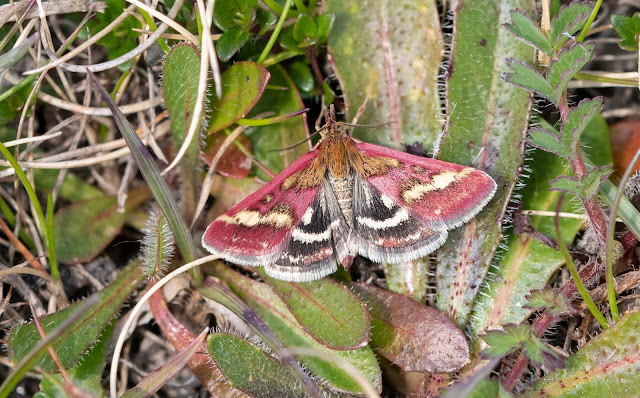 Finally a wonderful Toad put in an appearance to finish the day off in style. 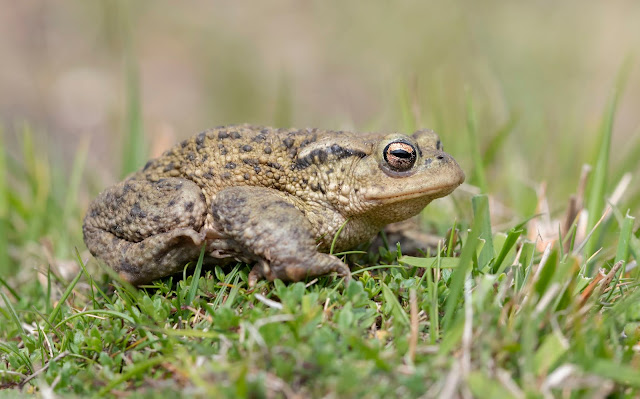 The only slight disappointment was the lack of Wall Brown. I was hoping to see at least one of these, but I'm sure they will be flying extremely soon!!

Posted by Bob Eade. at 07:05
Email ThisBlogThis!Share to TwitterShare to FacebookShare to Pinterest