With Matt seeing a few Crossbills recently Phil and I tried to see some of these beauties, especially as the day was looking quite good. Things then started to go a little wrong as on the drive to the forest the clouds built up and the wind increased. With this the temperature also dropped quickly and as Phil had forgotten his coat we were not going to be there long. With no sign of the Crossbills we soon gave up with only the sound of Woodlark being of interest. Back at Phil's I then sought out his pair of Pied Wagtails. These have nested locally to him now for the past 3 years and as they have paired up again it is looking good for this year. The female is easy to recognise as she only has one foot!! Although we tried a couple of different perches they both insisted on settling on the same prop each time!! 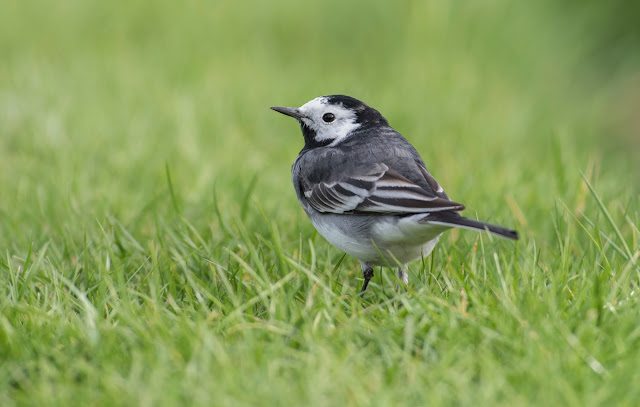 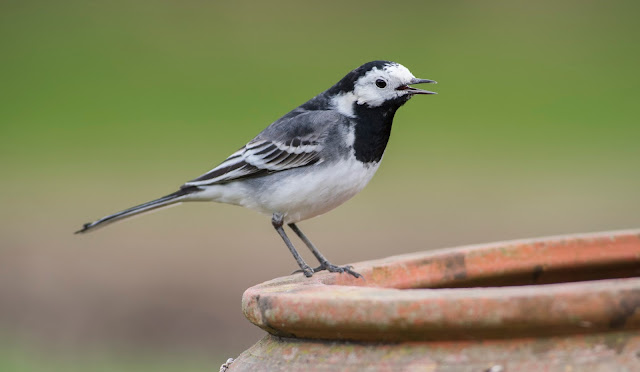 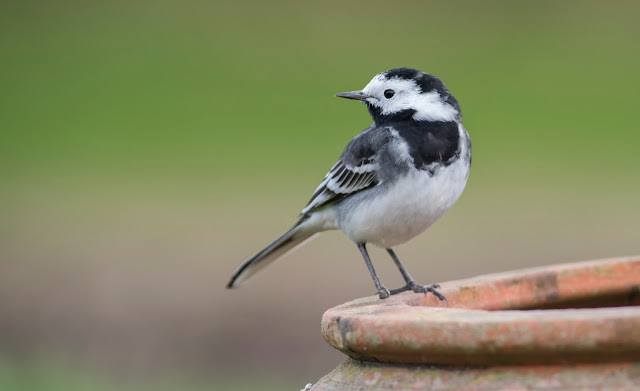 Female Pied Wagtail with only one foot. 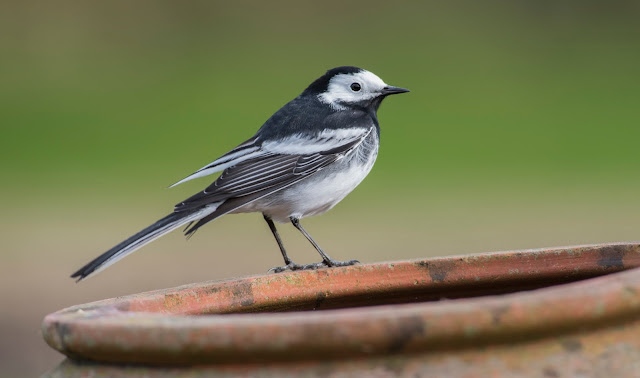 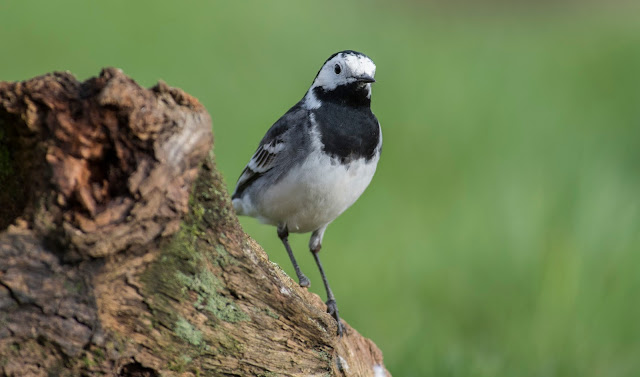