A Day To Remember.

When I was into Marathon running in a big way the sponsor of the London Marathon was ADT security and their slogan for the race was 'A Day To Remember'. As it happened I never ran the race due to injury until another sponsor had taken over so I could never claim my day to remember!!

Yesterday I certainly did have that Day To Remember though even if I didn't run a single step. Mind you I did walk quite a distance. After the fog of last week Pete and I decided to once again head for the Dungeness area to hunt out the Ring-necked Duck as well as the Stejneger's Stonechat, presuming that is really what it is. I heard a rumour yesterday that a 2nd DNA test may take place on her. On the way to Kent we stopped off to get distant views of a winter plumaged Red-necked Grebe which is on the last pond before Kent. Whilst watching the grebe I spotted a distant ring tailed Hen Harrier drifting along. Then it was on to Dungeness where the Ring-necked Duck was happily feeding on its usual pool. The Long-eared Owl was not showing unfortunately and from the hides the most interesting sight was a Pike laying totally still in the shallow water. The Water Rail was apparently seen not long after we left the area!! 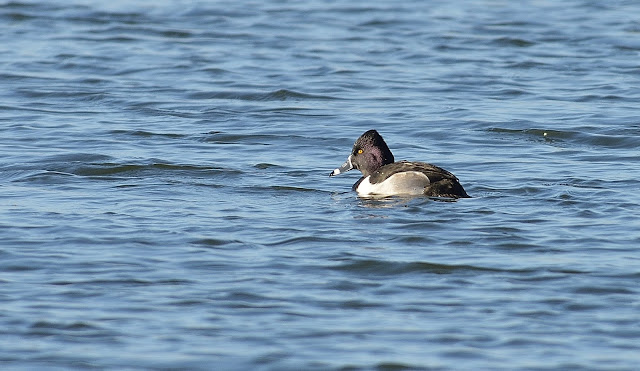 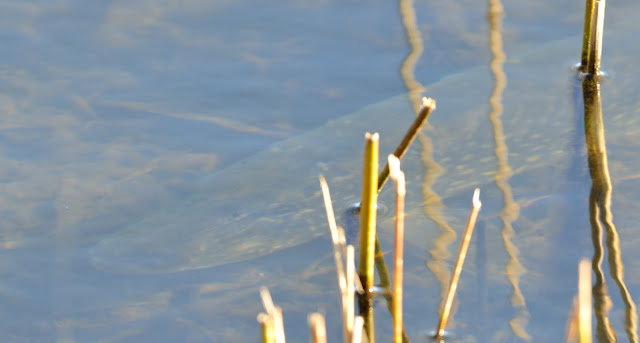 Having already been joined by Malcolm we later came across our friend David that informed us that he had come across some approachable Bearded Tits. Having spent many hours at my Eastbourne site with only partial luck I was quite keen to have a go if the birds had returned to the area. As it was on the way to the Stonechat anyway it certainly made sense. As it was the Bearded Tits were certainly the highlight of the day, and will certainly be one of 2017 highlights too!! They performed so well for us for well over an hour in terrific light and really close too. It is so unusual to get these spectacular birds showing so well. My thanks to David for showing us these magical birds. I could have posted lots of shots of them, but here are a few of my favourite ones. 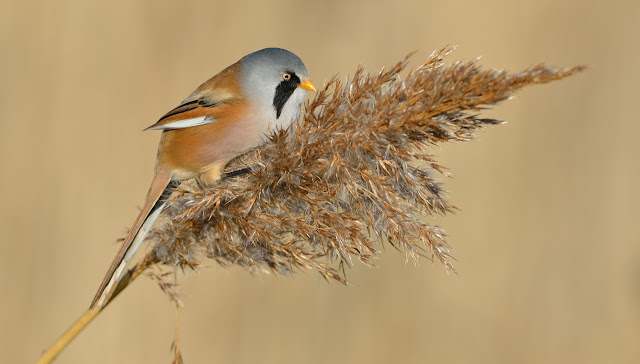 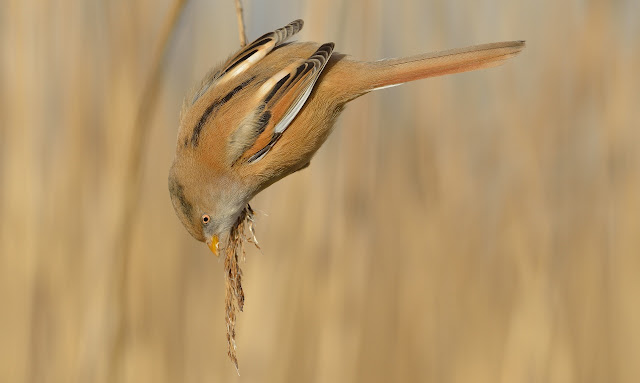 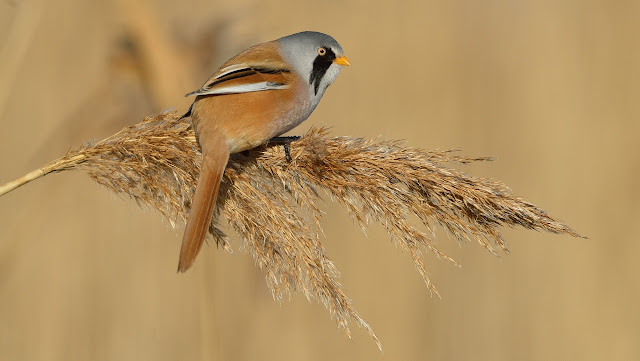 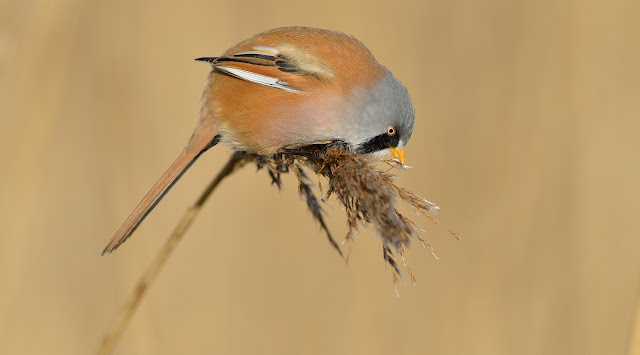 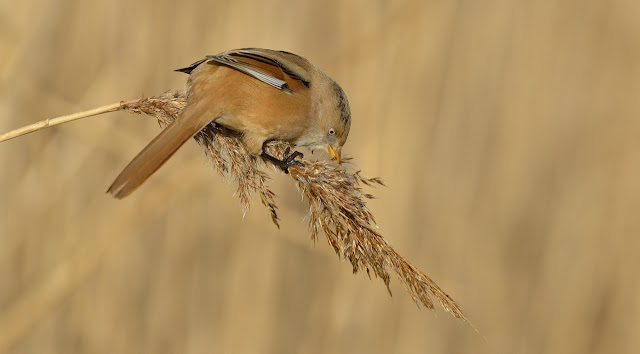 It was then onto the Stonechat site where the bird was seen this time straight away. The bird was moving along a fence line with several birders watching it. At one point the bird flew away from the fence and I followed it into the large flat area. Here I managed a few closer views, probably helped by the fact I was now on my own. Eventually the bird went back to the beginning of the fence and started to work its way along again. With this I suggested to Malcolm that we hide near the fence in the hope it would continue heading our way. This plan worked perfectly and we ended up having some much closer views. All this just as the sun was starting to set. We just hope the tests show that the bird is indeed the rare Stejneger's Stonechat!! Whatever though, it is an interesting looking bird that was well worth going to see. 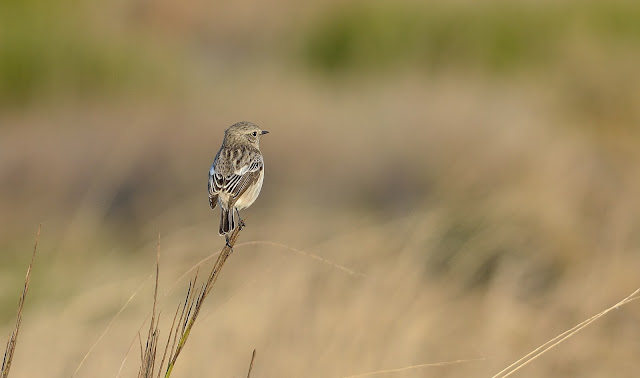 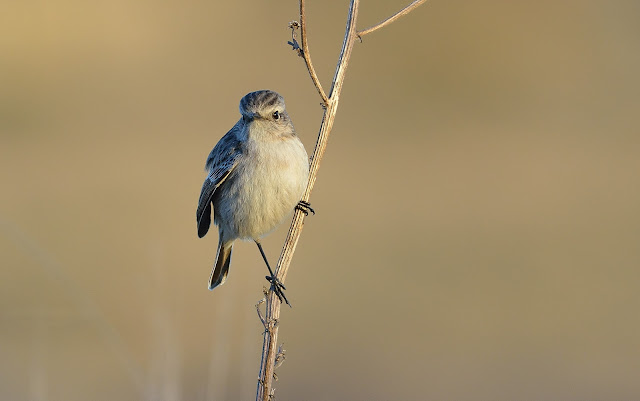 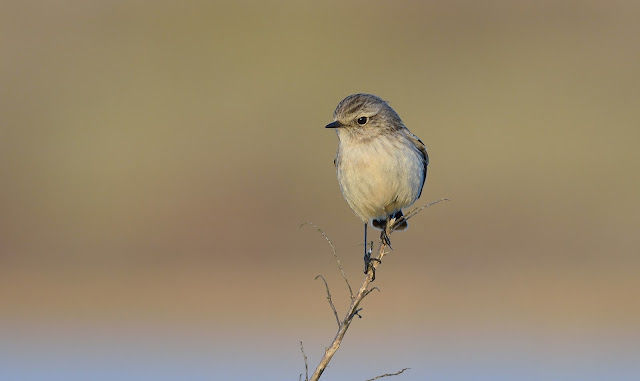 On the drive home a Barn Owl flew over us as we crossed the large Polegate roundabout.

Posted by Bob Eade. at 13:30
Email ThisBlogThis!Share to TwitterShare to FacebookShare to Pinterest