Matt and I ventured over to West Sussex listening to the cricket and looking for a Helleborine that had been reported that was thought to be the first Sussex Narrow-lipped Helleborine for many years. We managed to find it quite easily but we were not convinced about the species. It is now thought to be a slightly odd Broad-leaved Helleborine. 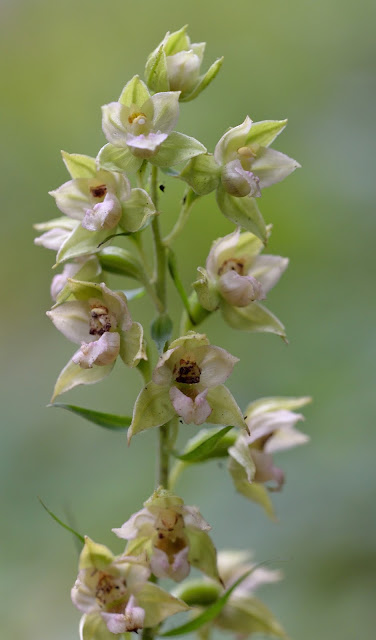 Nearby we looked for an orchid that I hadn't seen since the 1980s. It was in those days called a Pendulous Helleborine but is now more often called Green-flowered Helleborine. Matt had seen these flowers in this site a few years ago so he knew where to look. Despite that we really struggled to find any. Eventually I spotted a really tiny one in the leaf litter, it was only about 4 inches high. I was really pleased however to see this rare plant. 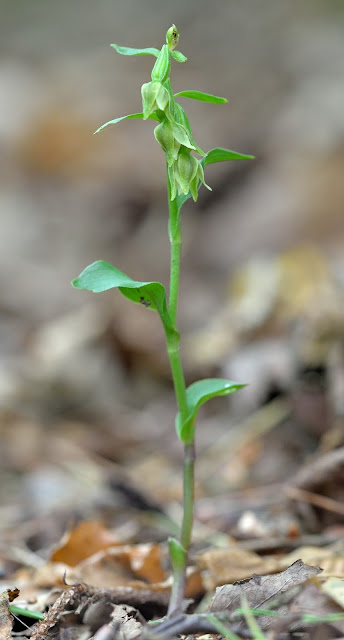 It was then onto the Downs link path north of Henfield where we hoped for the elusive Brown Hairstreak. I normally look for these slightly later in the season when the females descend to lay their eggs. I was hoping for a sighting of the male, which is seen less often. We hadn't been there long when we both spotted at the same time a male nectaring on Bramble. Unfortunately it wasn't in pristine condition but it was still great to see. After getting a few pictures we moved on but no more were seen. On the return we checked out the same bush but couldn't see the butterfly. We were about to move on when I spotted him resting on a leaf, just sitting there where we both managed a few more shots. 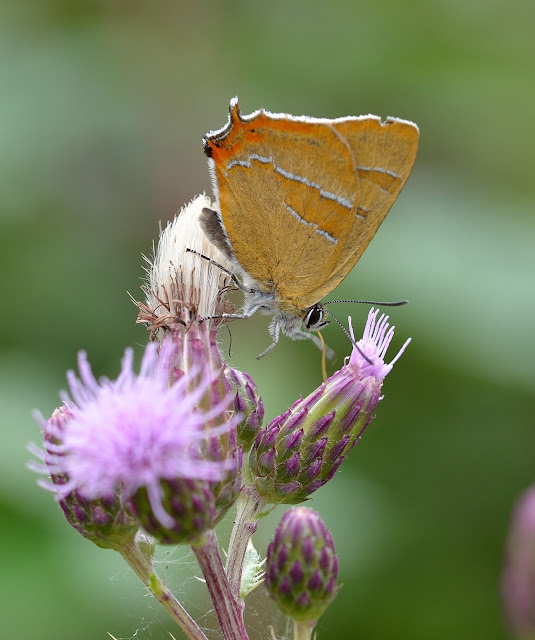 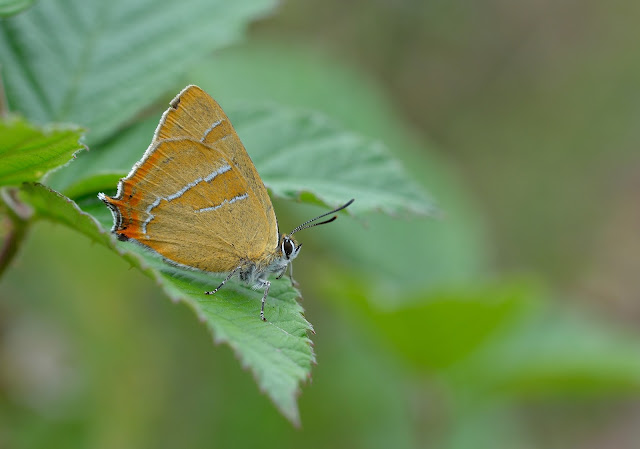 A really good day and the cricket was pretty good too!!