A really busy day yesterday with an early start where I was hoping to get some images of the female Chalkhill Blue. The first of the females I found was an aberrant form postobsoleta. Strangely, in all the time I've been looking at Chalkhill Blues at the back of Seaford this is the first aberrant form that I've found here, although I've seen plenty in other areas. I had only mentioned to Nigel on Wednesday that I hadn't seen one here before!! Although the ab. was very nice it wasn't as fresh as I was hoping for so it was great to spot a perfect specimen shortly after. Another Wall Brown warming up also gave itself up for a photo. 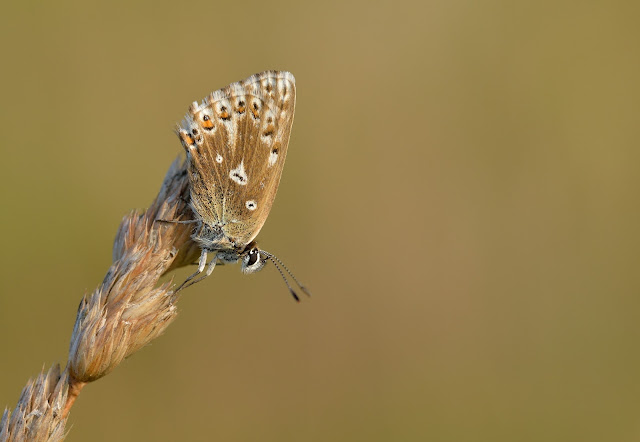 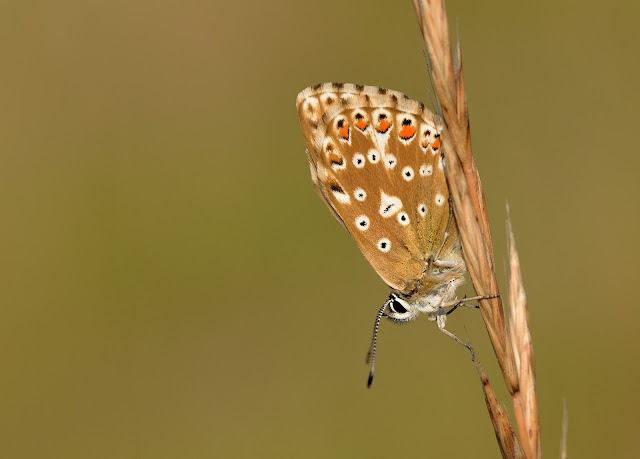 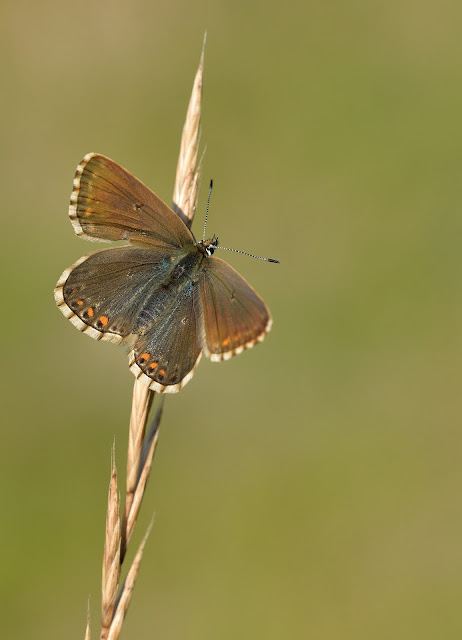 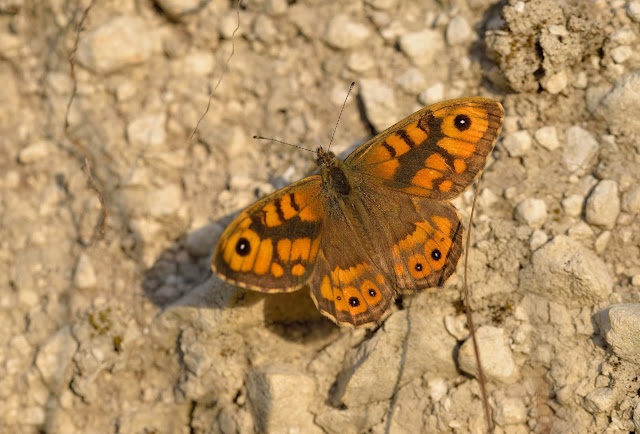 Late morning I did my Butterfly Survey around Friston Forest where a few more Wall Brown were seen as well as a Clouded Yellow. I take very few photos during surveys so it was only after finishing that I came across a Dusky Sallow moth sitting on an unopened Knapweed that I got the camera out for. 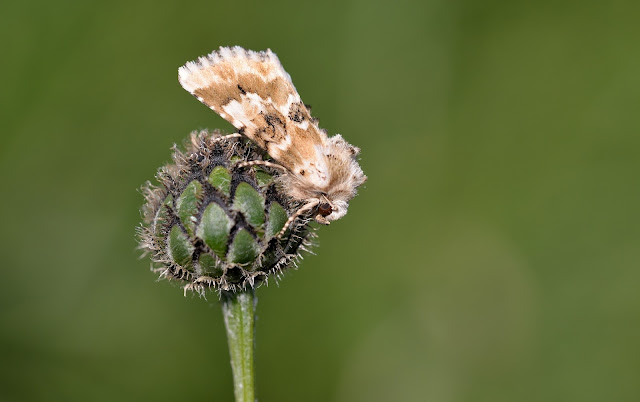 Following this I had to drop Pen over to Eastbourne for an appointment. I then had 2 hours to myself so I headed over to West Rise Marsh to see if I could see any Red-veined Darters. On arrival all I saw was a splendid Ruff feeding on the pool in front of me. I was watching this for so long as it kept coming a bit closer, I was nearly late back to collect Pen. As I was leaving a Red-veined Darter landed briefly in front of me but by now I didn't have the time to watch it!! 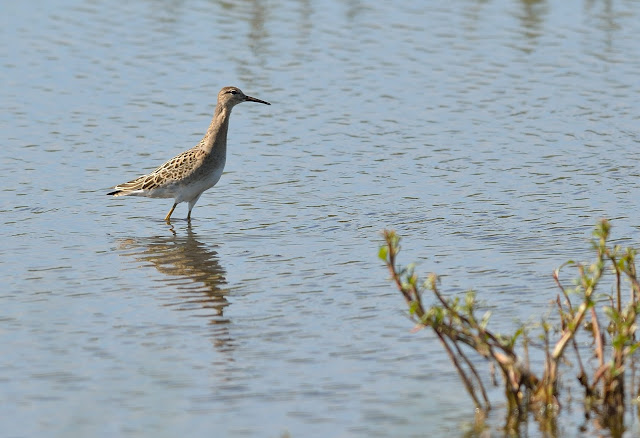 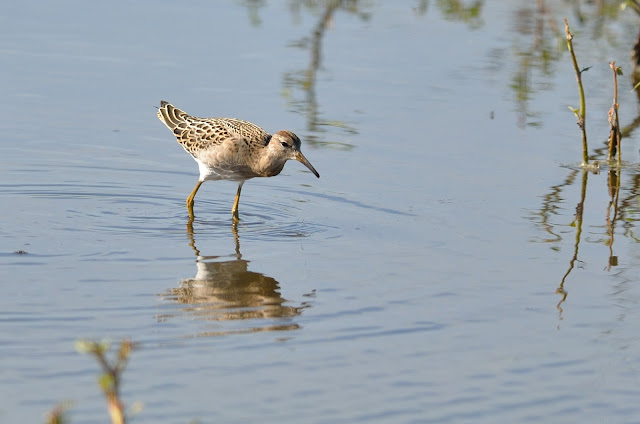 I was then pleased to get home for a well earned rest.

Posted by Bob Eade. at 19:27
Email ThisBlogThis!Share to TwitterShare to FacebookShare to Pinterest