In Search of Grayling.

With the wind blowing yet again it was hardly the day to go looking for our Downland colony of Grayling. It would be obvious to anyone how Windover Hill gets its name from with a day like this one. With a stiff 25mph wind blowing I was thinking we would be very lucky to see any Grayling at all. The Downland on the way up was very productive with many insects seen including a couple of fresh Small Blue and a stunning Forester Moth. In the valley where the Grayling are found I spotted one quite quickly. However, as soon as it took flight it was blown some distance away. I then spotted another one that settled on a short stick. This one posed very nicely for me. It also had a good number of the red grass mite on its head. This species is well known for picking up these mites, as do many butterflies that live on the Downs. Although many of the Grayling were hiding away from the wind around a dozen Grayling were seen. 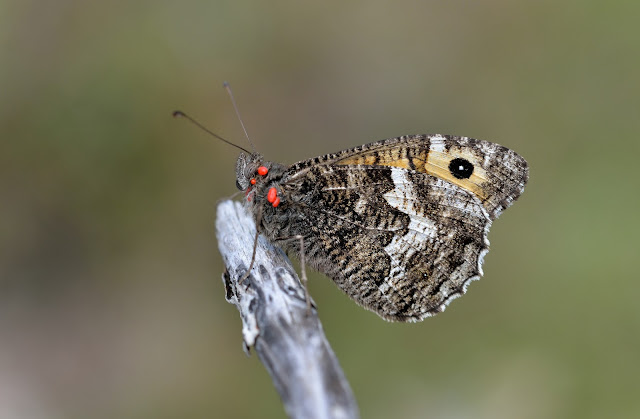 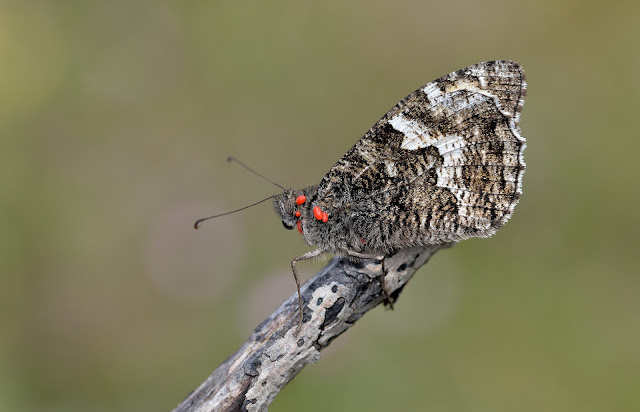 Large numbers of the rare Mecyna flavalis micro moths were also seen. In fact some flew up with nearly every step. Pete also spotted a tremendous Great Green Bush-cricket on the hill-side. Two mating pairs of Chalkhill Blue seen with a bit of a challenge getting a photo of this with them being in one of the windiest part of the hill. 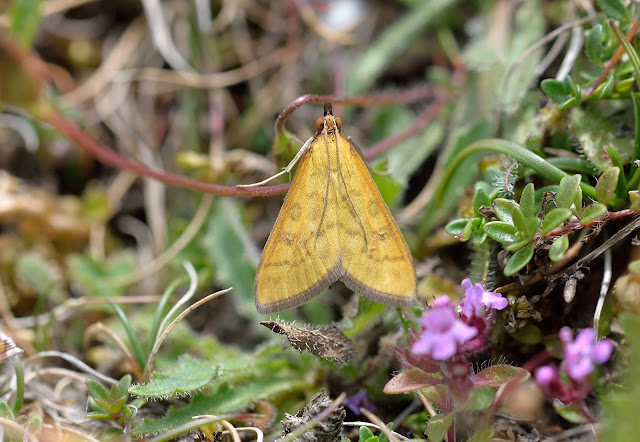 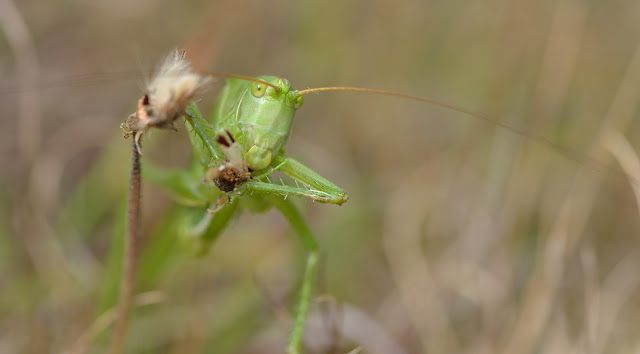 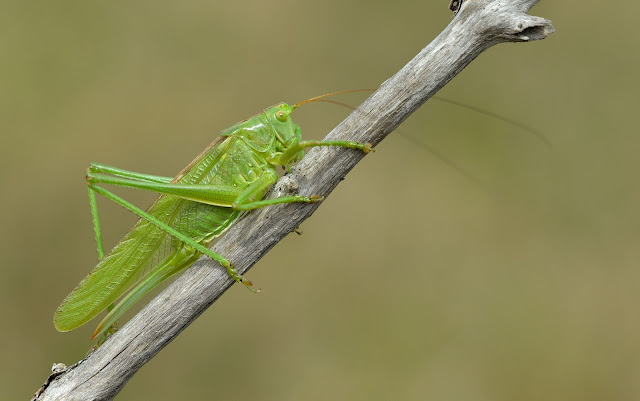 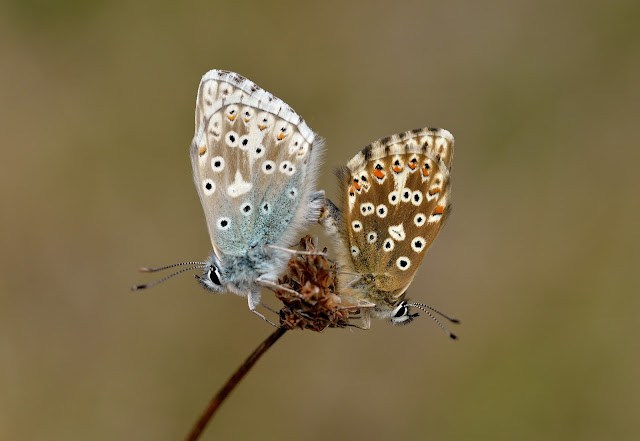 Posted by Bob Eade. at 15:25
Email ThisBlogThis!Share to TwitterShare to FacebookShare to Pinterest