A Good Year for Hairstreaks.

It was only around 3 weeks ago when I was not at all optimistic about the chances of seeing many White-letter Hairstreaks this year following the demise of so many of the local Elms. In fact some parts of the Cuckmere valley almost looked like a war zone where there were so many dead and dying trees. Over the years I have found quite a few new local sites for this little elusive butterfly and due to this it has become a favourite species for me. As the butterfly spends a good part of its time in the canopy many hours can be spent hoping to see them, although when they do come down to nectar on Bramble or Creeping Thistle they can be quite approachable. With good reports coming from the Brighton area and some good sightings from James to the West of my patch I decided to go to some of my old sites to see if they were still hanging on. It started with a Bramble bush just 3 minutes walk from home with one nectaring there and another 2 battling away nearby. It then kept getting better with more butterflies seen in the local area with at least 9 colonies, including one new one for me. If I had more time there could have been many more. This does hold out hope for the future as although many trees have gone there is plenty of Elm suckers coming through which it is hoped the butterflies will use. Thanks to James for giving me the call about the mating pair and also for keeping me informed of his sightings. 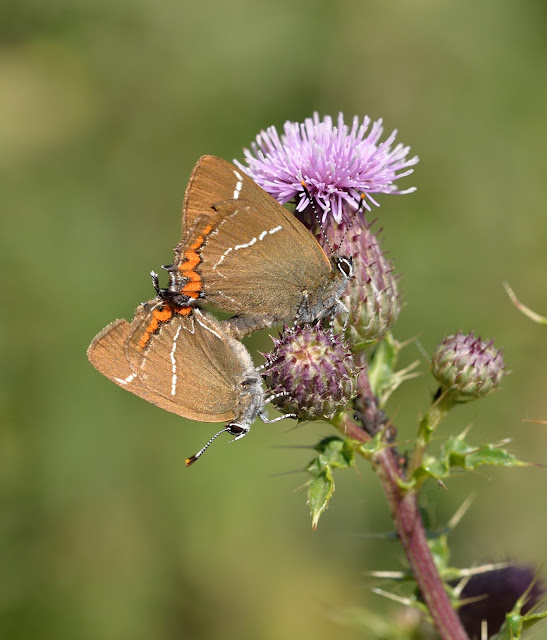 The Mating Pair of White-letter Hairstreak. 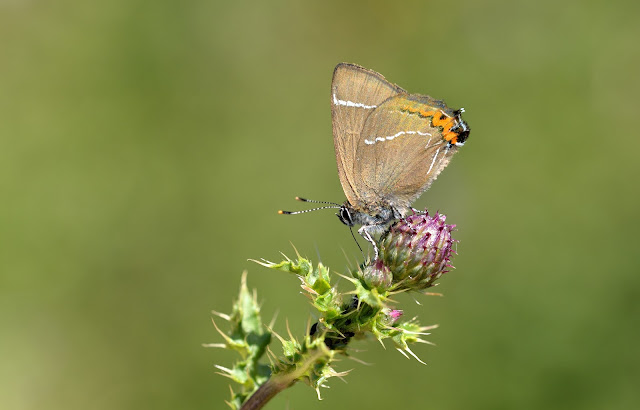 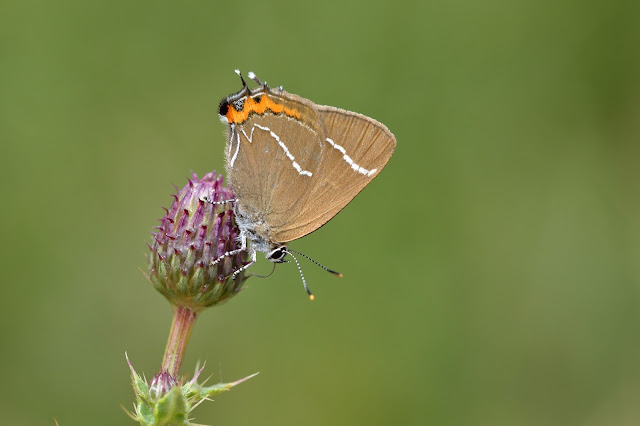 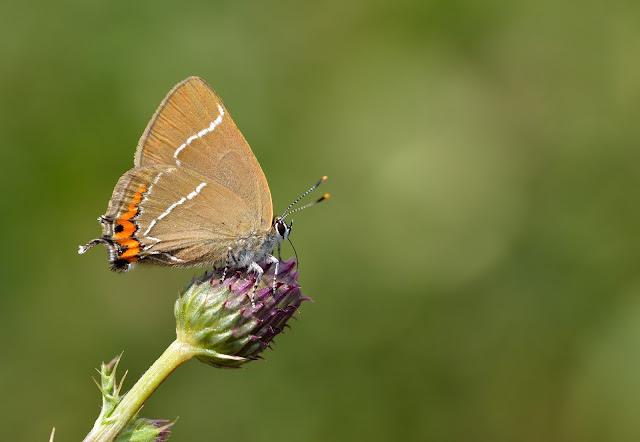 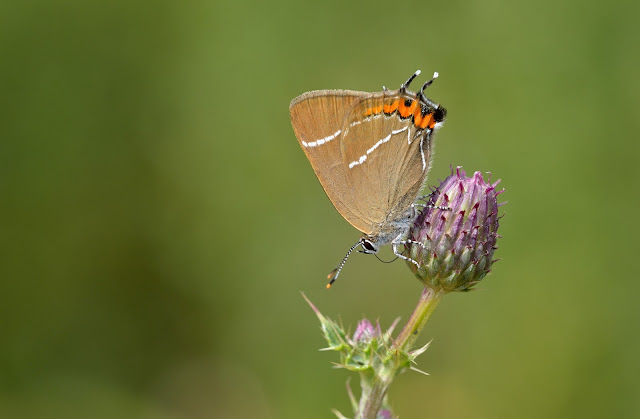 Posted by Bob Eade. at 18:13
Email ThisBlogThis!Share to TwitterShare to FacebookShare to Pinterest