On Wednesday Nigel and I decided to head over to Kent for the Duke of Burgundy and some of  the Kent orchids. Although I had already seen the Dukes this year in West Sussex it is always good to see  some more and with the bonus of Lady, Man, Monkey and Fly Orchids it had to be a great day. 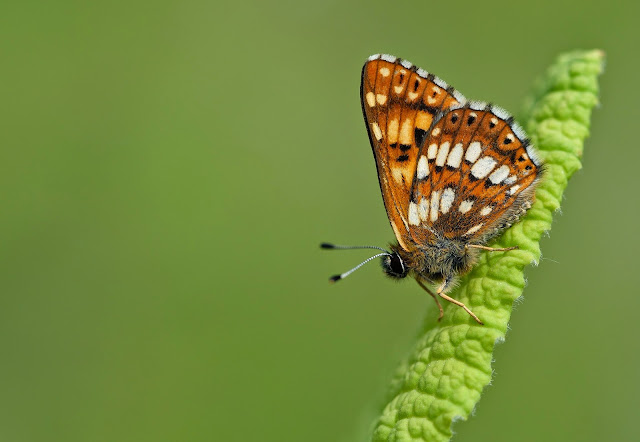 Duke of Burgundy sitting on Primrose leaf, one of its foodplants. 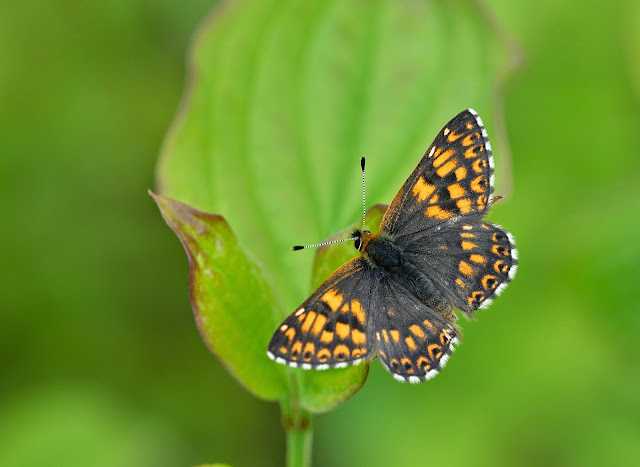 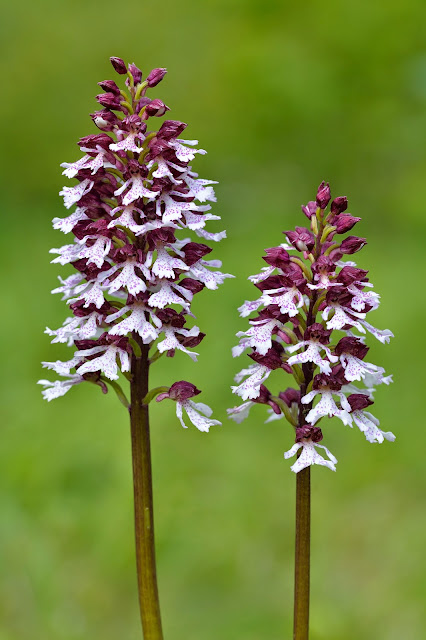 Probably the star of the day was the White-spotted Sable. This is a tiny micro moth that is generally difficult to photograph as they are very active and being so small are not easy to follow in flight. They also often land under leaves making it even harder to refind them. I was very lucky to have one land on a grass stem and actually stay there. Although it had its wings folded back another moth a few minutes later settled in sight and with the wings spread. 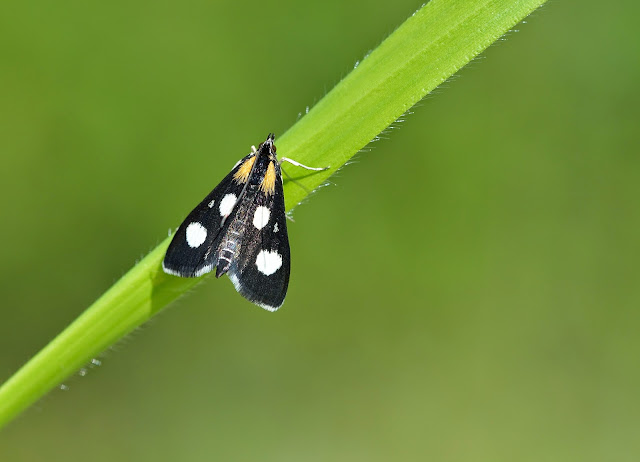 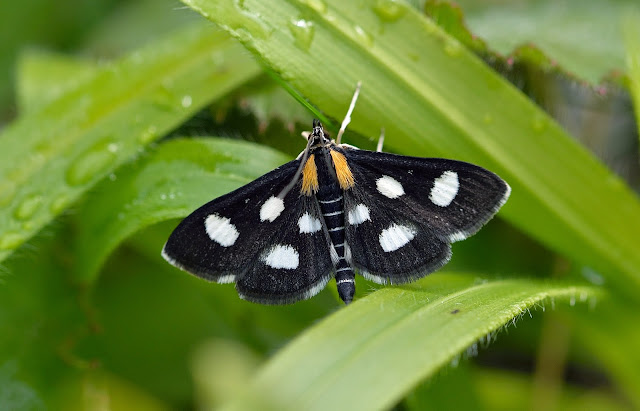 Unfortunately the Monkey Orchids were still not in flower yet but the Fly and Man were just showing enough for a few pictures. All these are probably 2 weeks behind where they were at last year, we did think that they would all be fully out by now. Having said that it was a great day and well worth the trip. 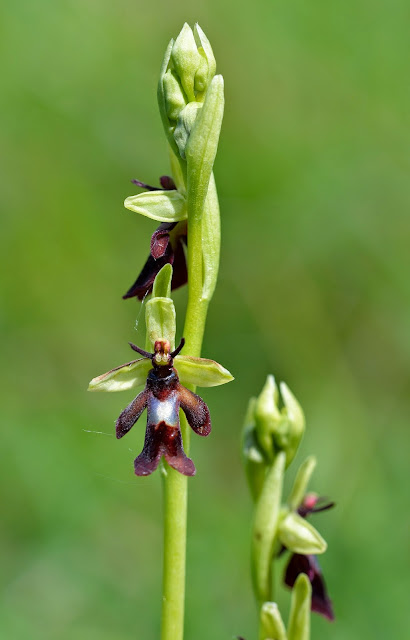 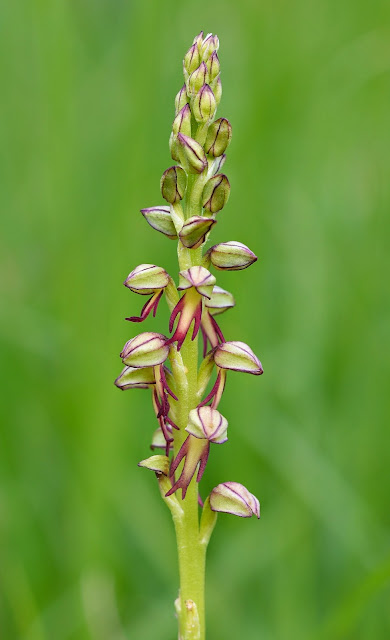 Posted by Bob Eade. at 19:10
Email ThisBlogThis!Share to TwitterShare to FacebookShare to Pinterest