An Emperor Near Miss.

For some time I've had a plan to try to get a dragonfly emerging. Of course it's one thing having a plan and totally another thing getting it. Last year Nigel and I had several Black-tailed Skimmer and Broad-bodied Chasers emerging but we had missed most of the action, so I was hoping with a really early start I might just get the whole event.
Well before 6am I was walking around a dew pond when I noticed a large dragonfly larva walking away from the pond. Going by its size I was sure it was an Emperor, and this is what indeed it was. The larva climbed an old nettle and I really thought I was going to get something really good. Unfortunately, after an hour it climbed back down and went back in the dew pond. It then moved along the edge of the pond for about 10 metres and then came back out until it hid under some leaves. At this point I decided to leave it in peace as I believed it may well have decided not to emerge as it had realised I was there. 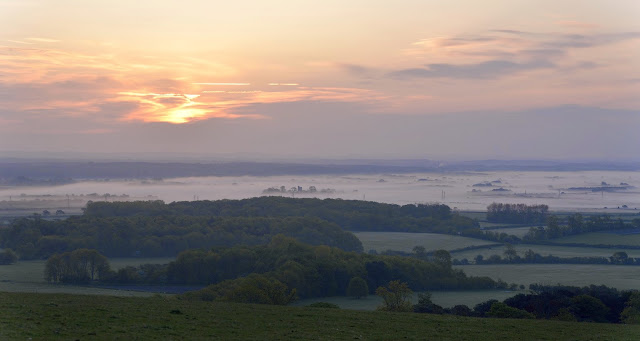 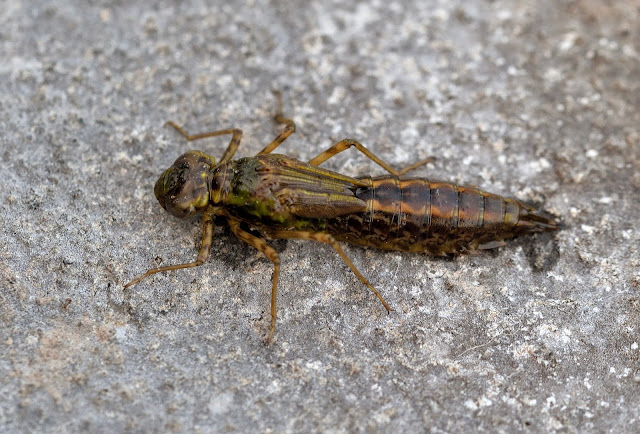 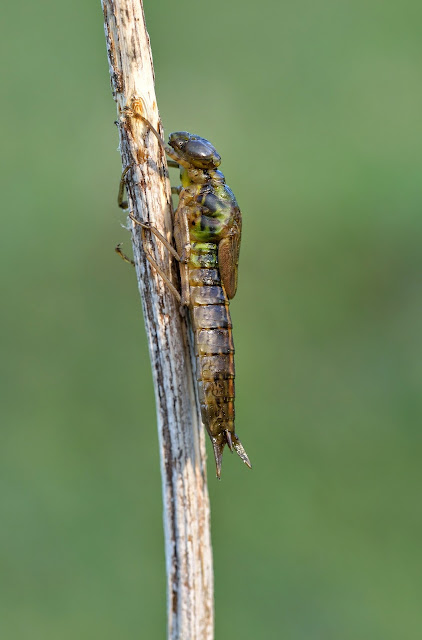 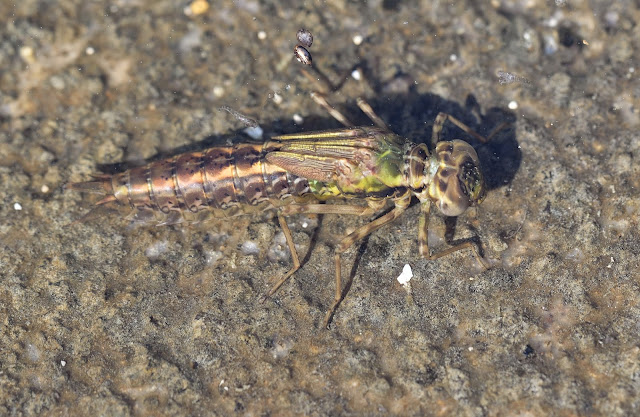 Back in the pond.

Later in the day I came across a group of one of my favourite orchids, the Burnt Orchid. It was still a really good day, although it could have been an absolutely amazing day. 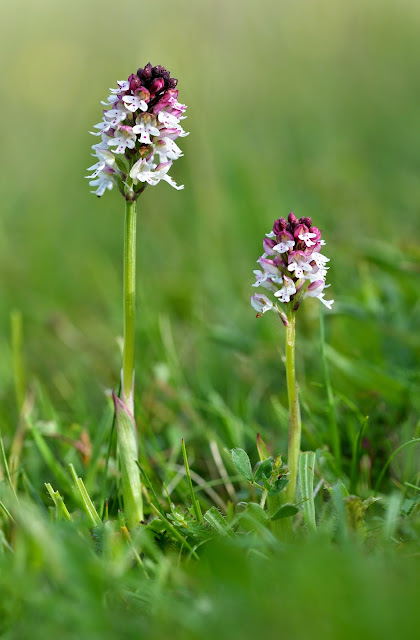 Posted by Bob Eade. at 20:34
Email ThisBlogThis!Share to TwitterShare to FacebookShare to Pinterest