My first effort to see the Brown Hairstreak this year was on the 4th August over in West Sussex. It is generally an annual event for me to go over and try to see this little gem of a butterfly. Most years it is also the last species to get on the year list, as it will probably be this year unless something unexpected appears again. On the 4th I saw 2 individuals, one was probably a male flying around the top of an Ash, and the second was a female that I managed a couple of poor photos. Being near the beginning of the flight season it was very fresh and that was what I was after. Unfortunately though it did not pose well for me. However, it did become my 45th species of the year. 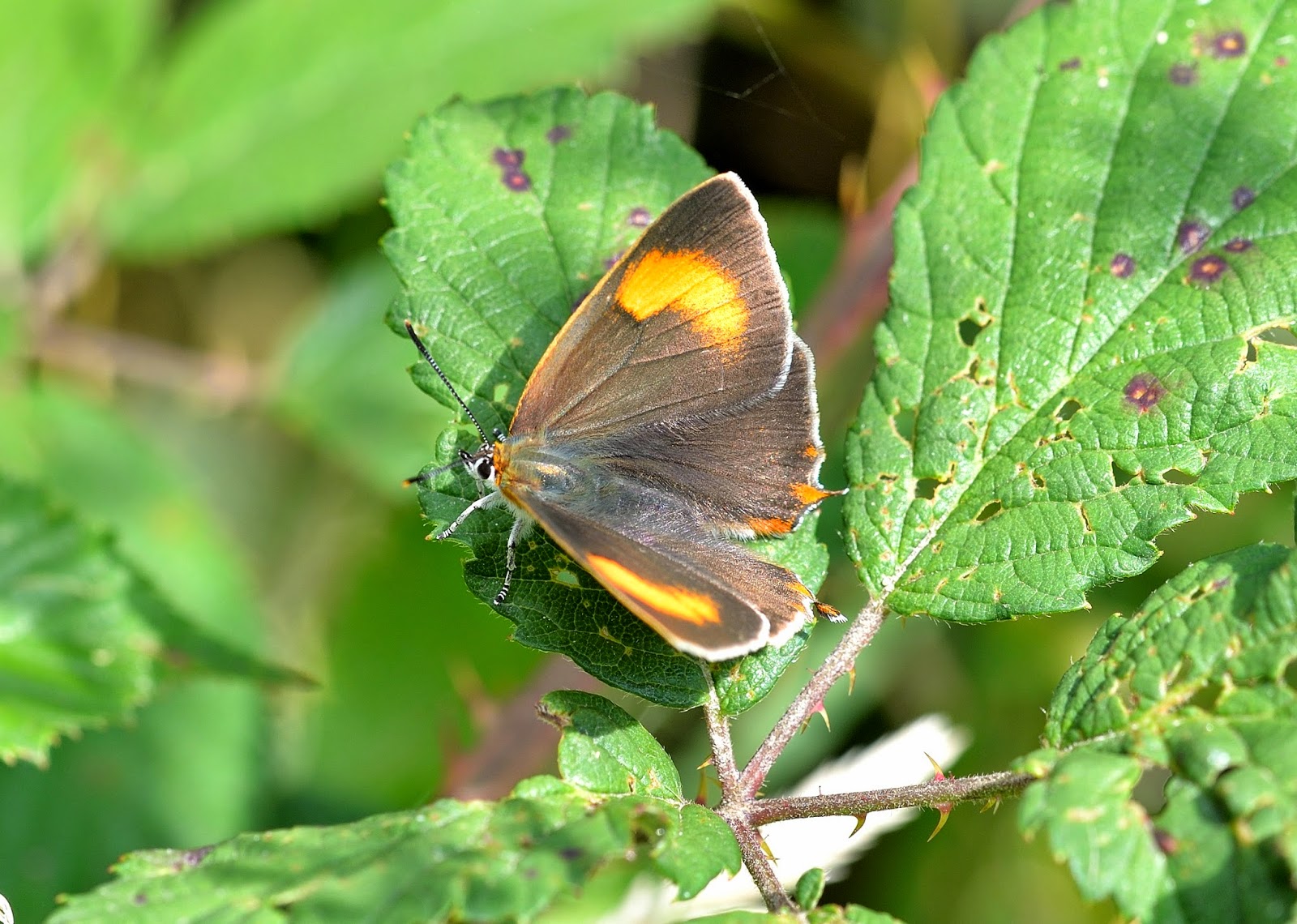 With very few decent weather days in August to have another go it was having to wait until today for another attempt. Of course it is now a bit late in the season and most of the butterflies are now showing a little bit of damage to their wings. Five Hairstreaks were seen today with photos of 2 of them. The last one did pose very nicely on some bramble leaves and apart from a small nick out of its hindwing it was still in pretty good condition. I will have to wait another year to try to get a picture I am really pleased with though!! 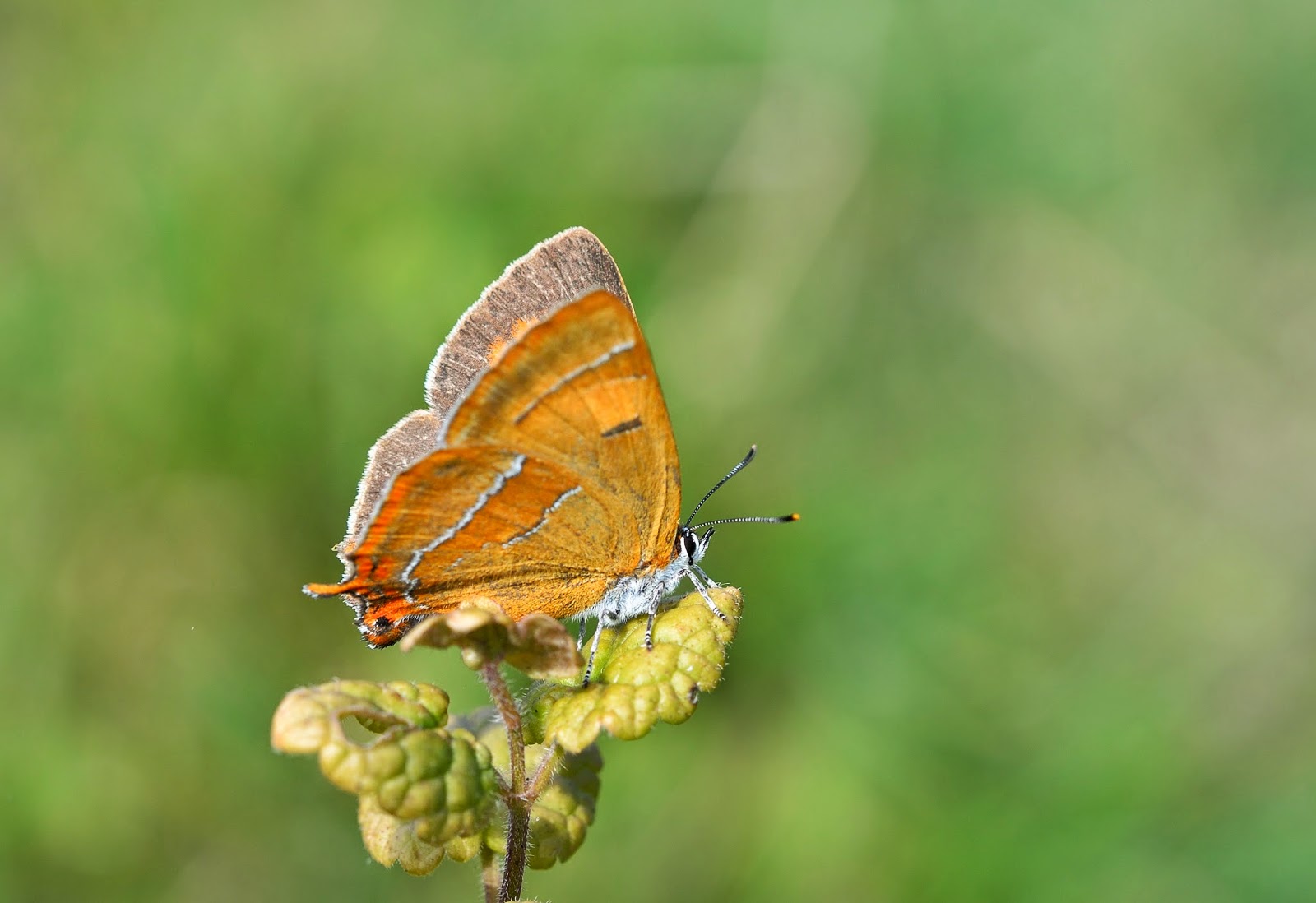 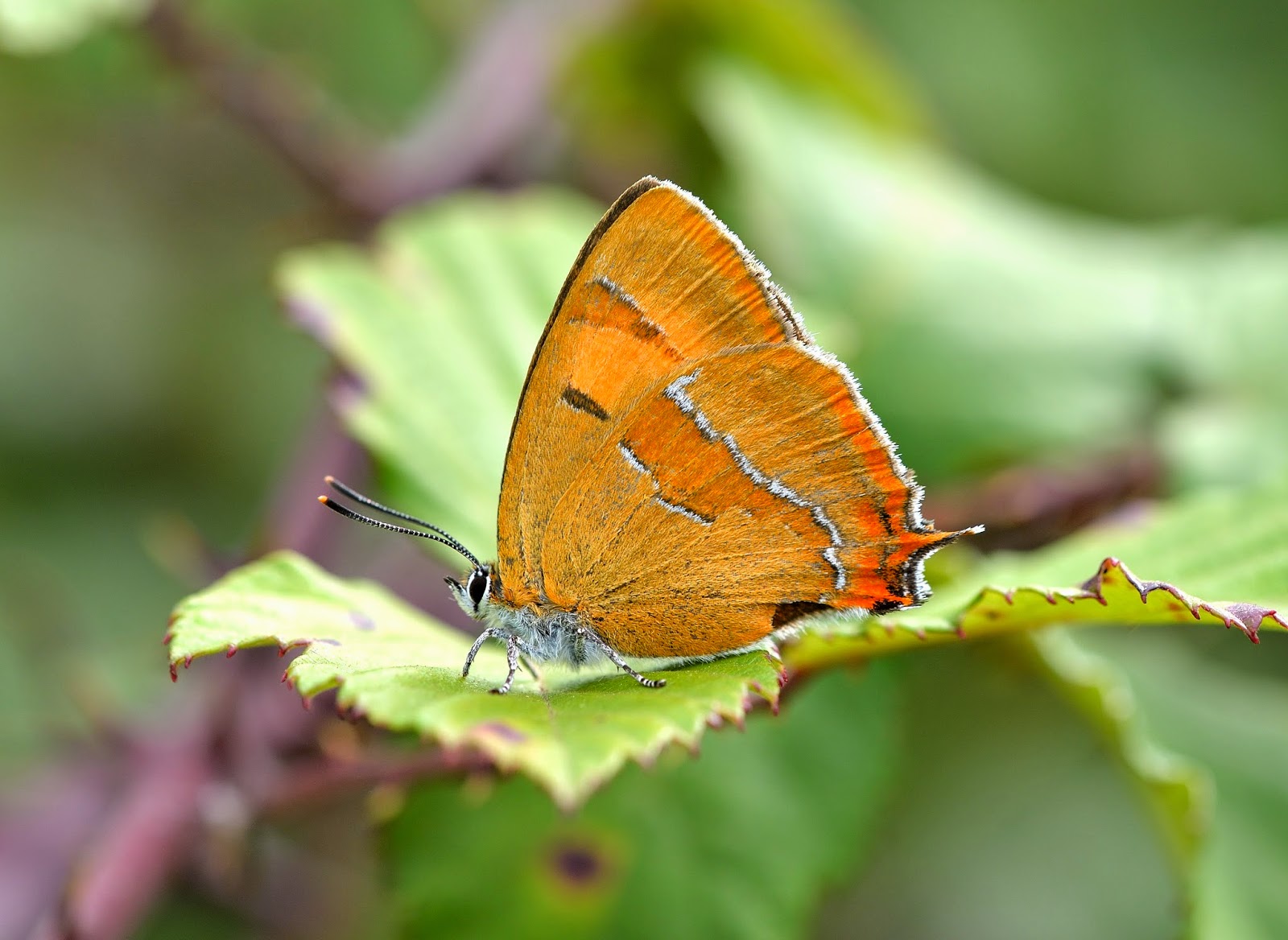 Posted by Bob Eade. at 19:16
Email ThisBlogThis!Share to TwitterShare to FacebookShare to Pinterest