Having only seen the one Black Darter this year, which was a teneral female, I was keen to see more of this fabulous tiny dragonfly species. On Friday I went back to Ashdown Forest where there are pockets of this species around some of the acid ponds. The weather was not really favourable with heavy cloud and a little drizzle and then warm sunshine for brief periods. It was therefore trying to take advantage with these few windows of brighter weather.
As soon as the weather warmed a little the Darters came out with both males and females showing including one pair in tandem. Unfortunately with this pair the weather had deteriated again but I managed an acceptable picture of them showing the poor female left hanging from the male's grip around the neck. 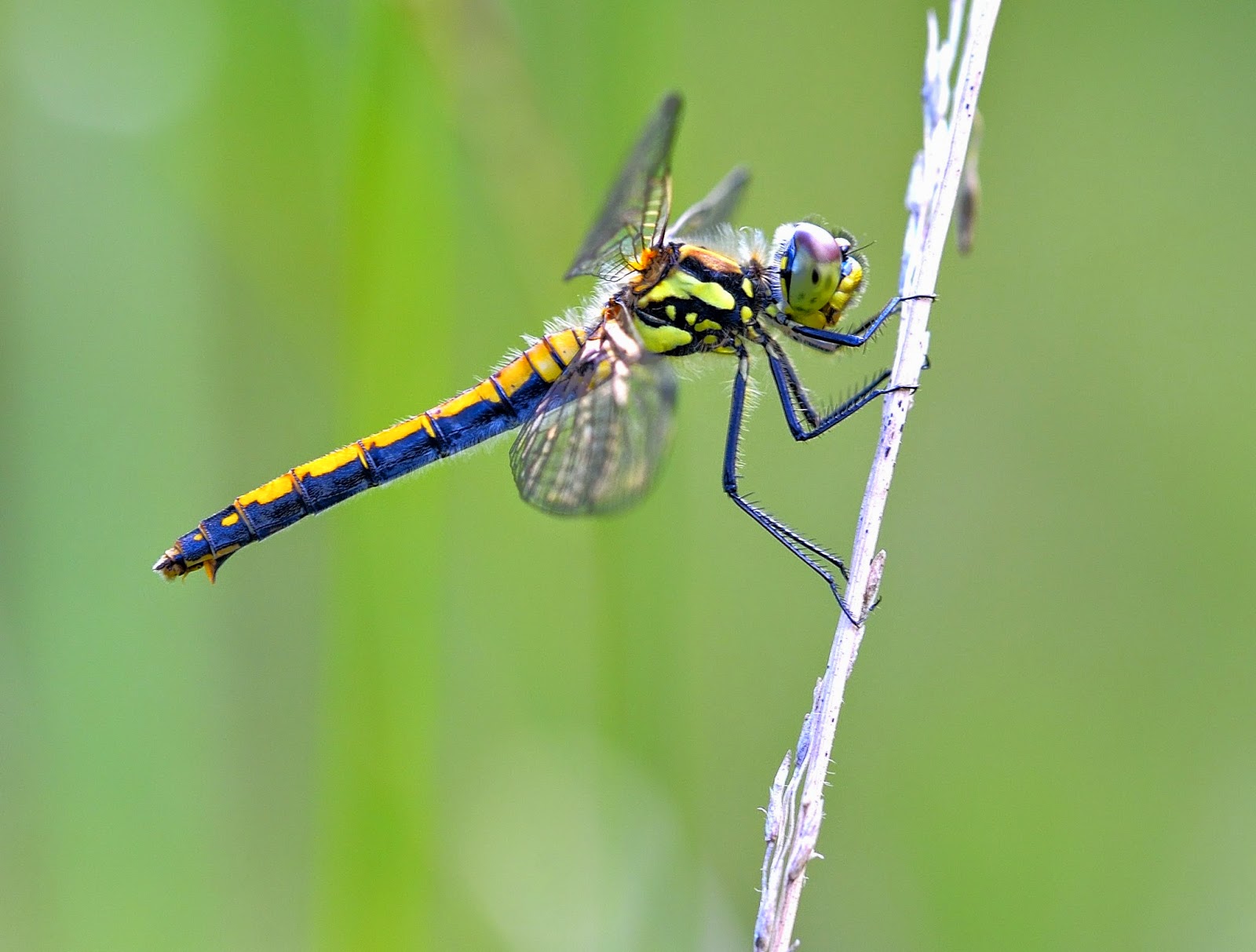 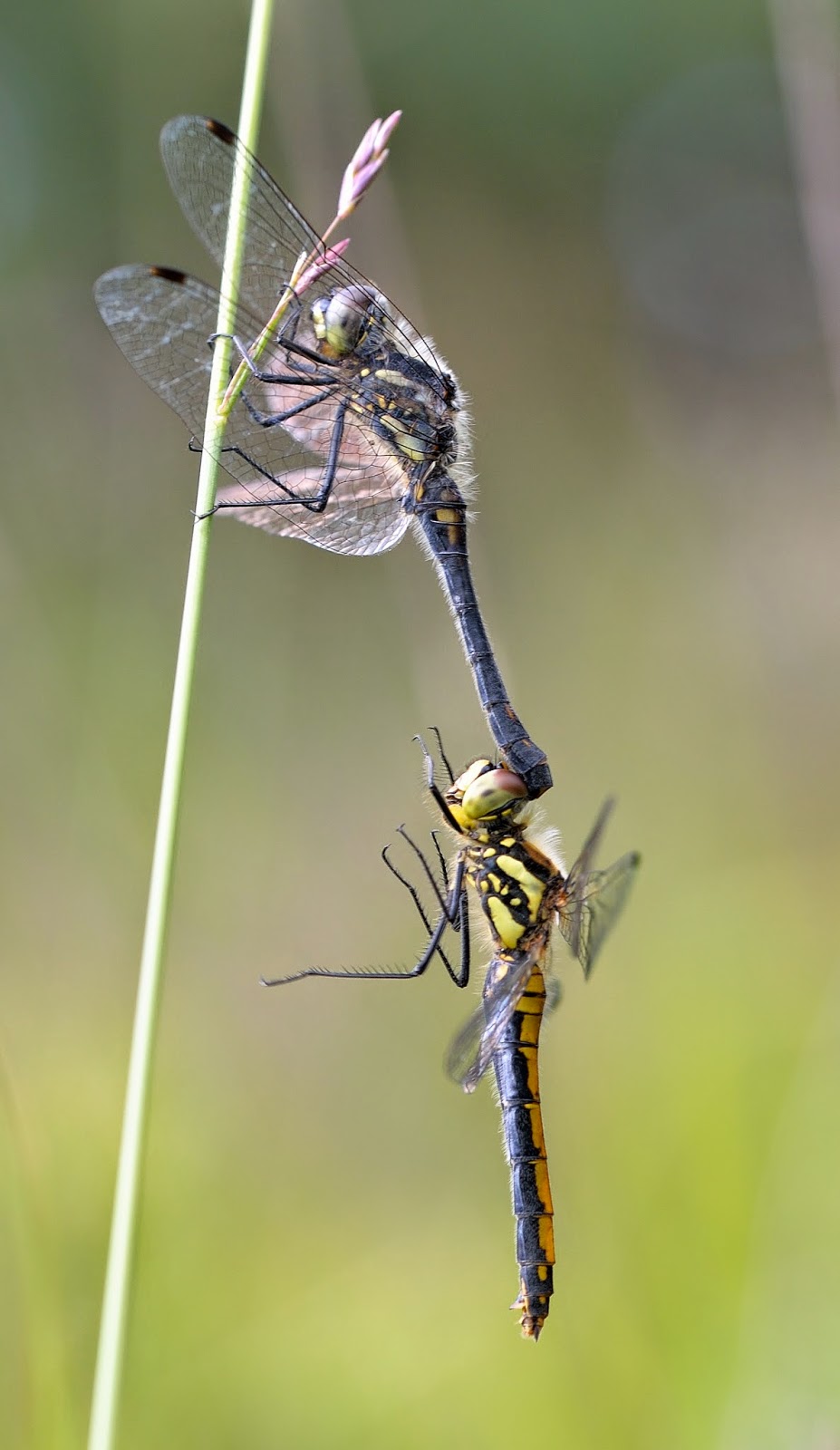 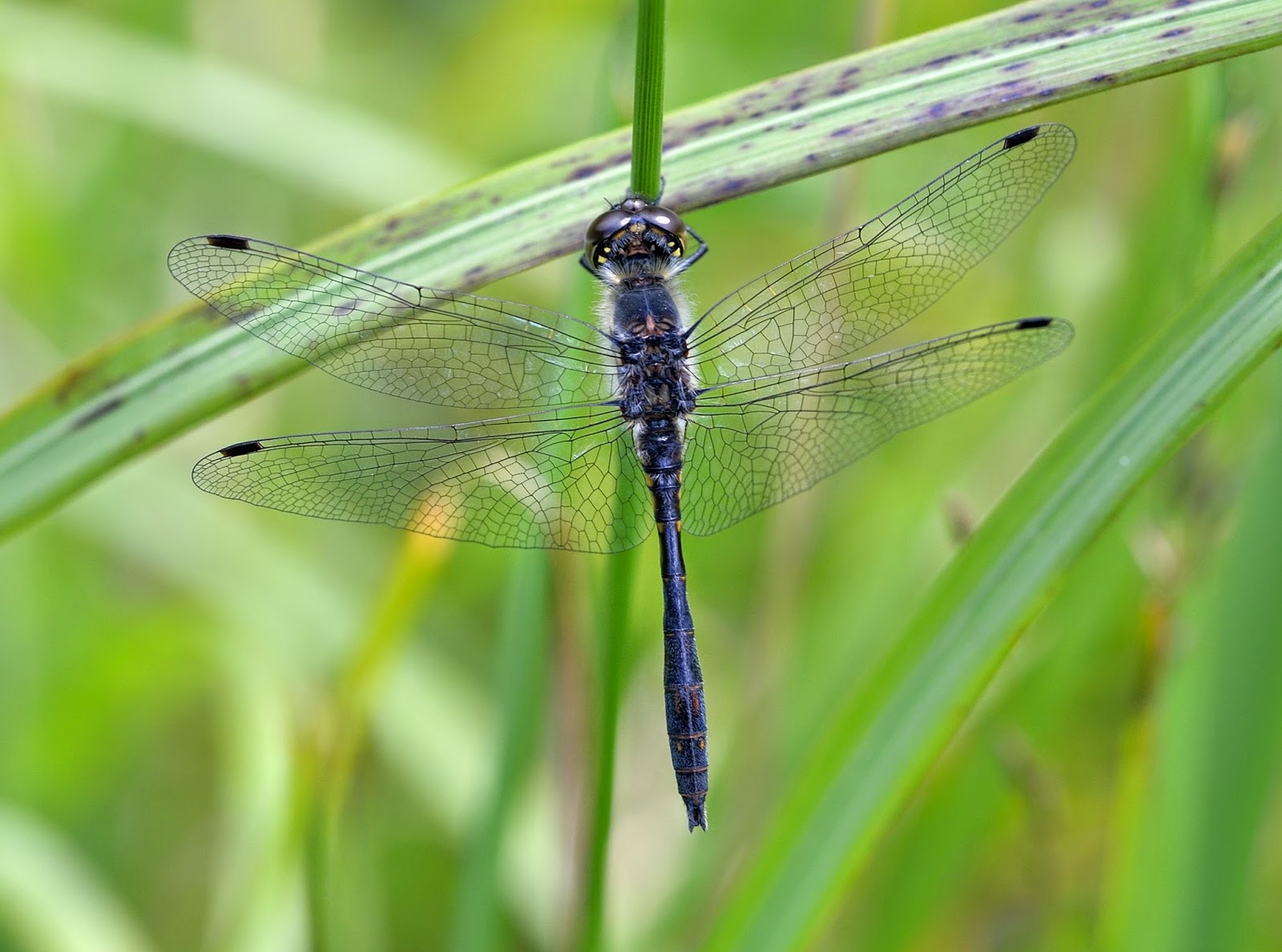 Another female posed very nicely on the grasses around the pond area and then as the really strong sunlight returned some males sat on grasses over the pond, which with care not to fall in, a few photos were taken. 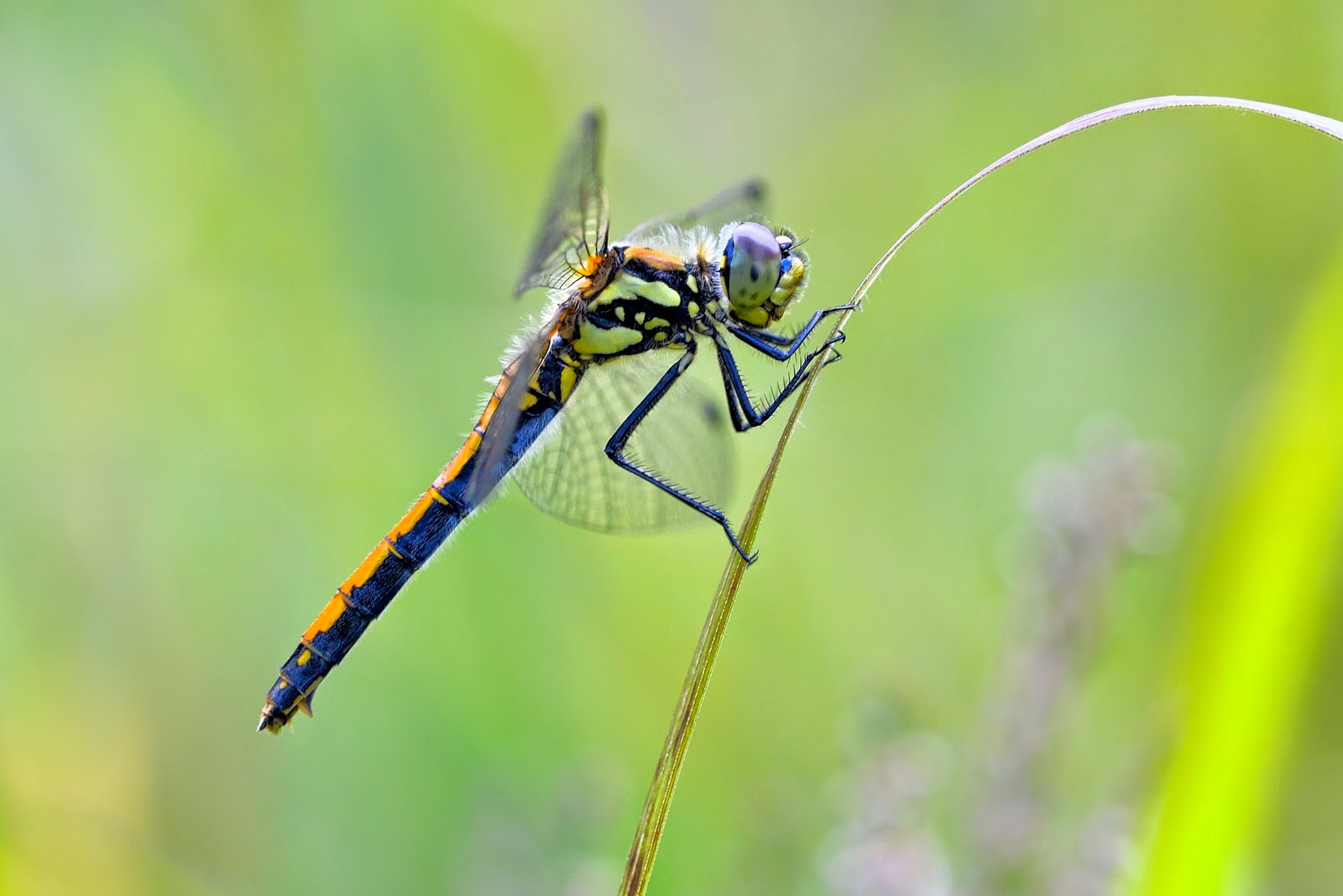 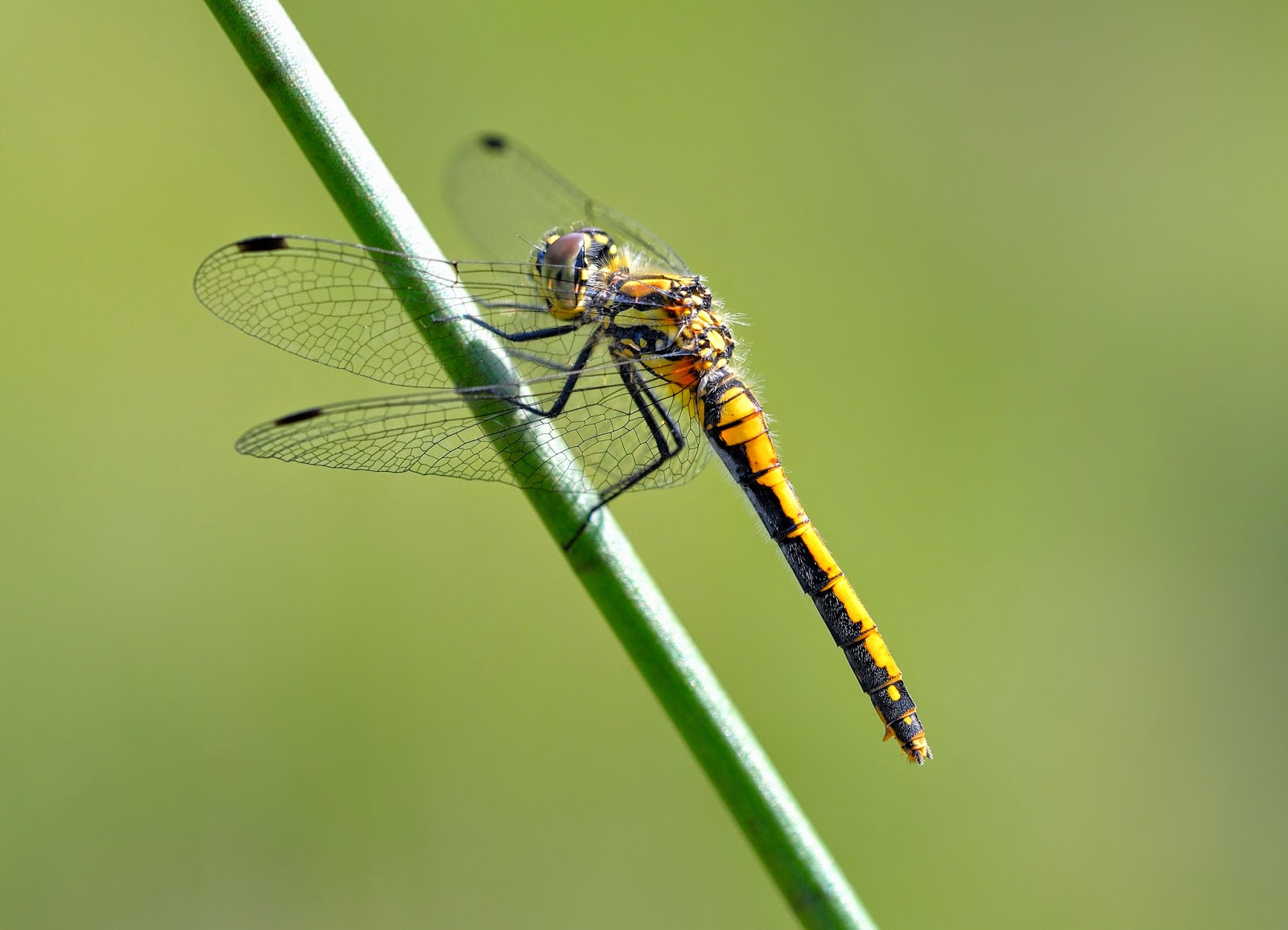 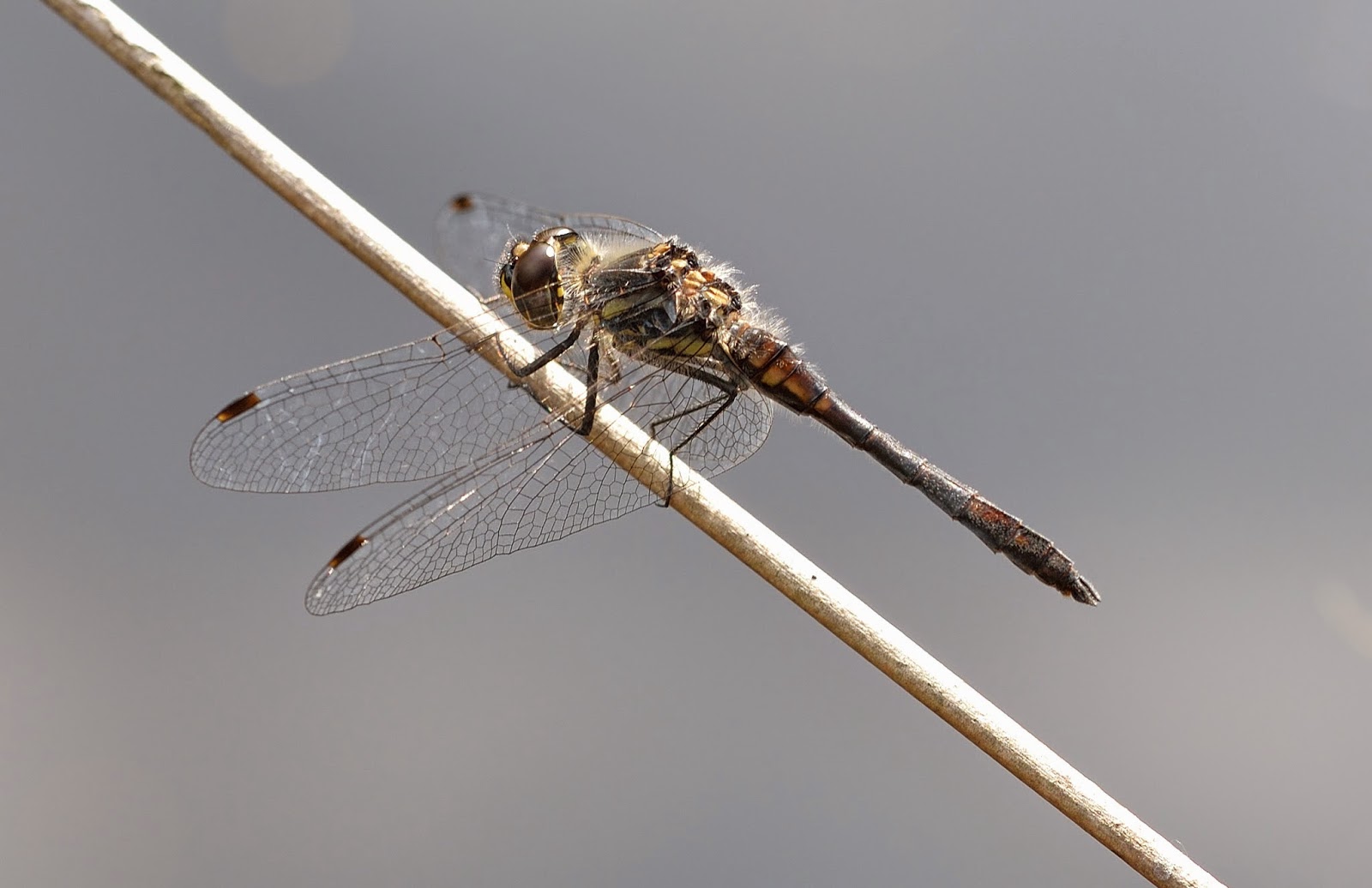 Also in the area were several Roesel's Bush Cricket, a species that seems to be increasing its range across the area. Emerald Damselfly, Keeled Skimmer, Emperor Dragonfly, Small Red Damselfly and on the bird front, several Common Redstart were also seen. 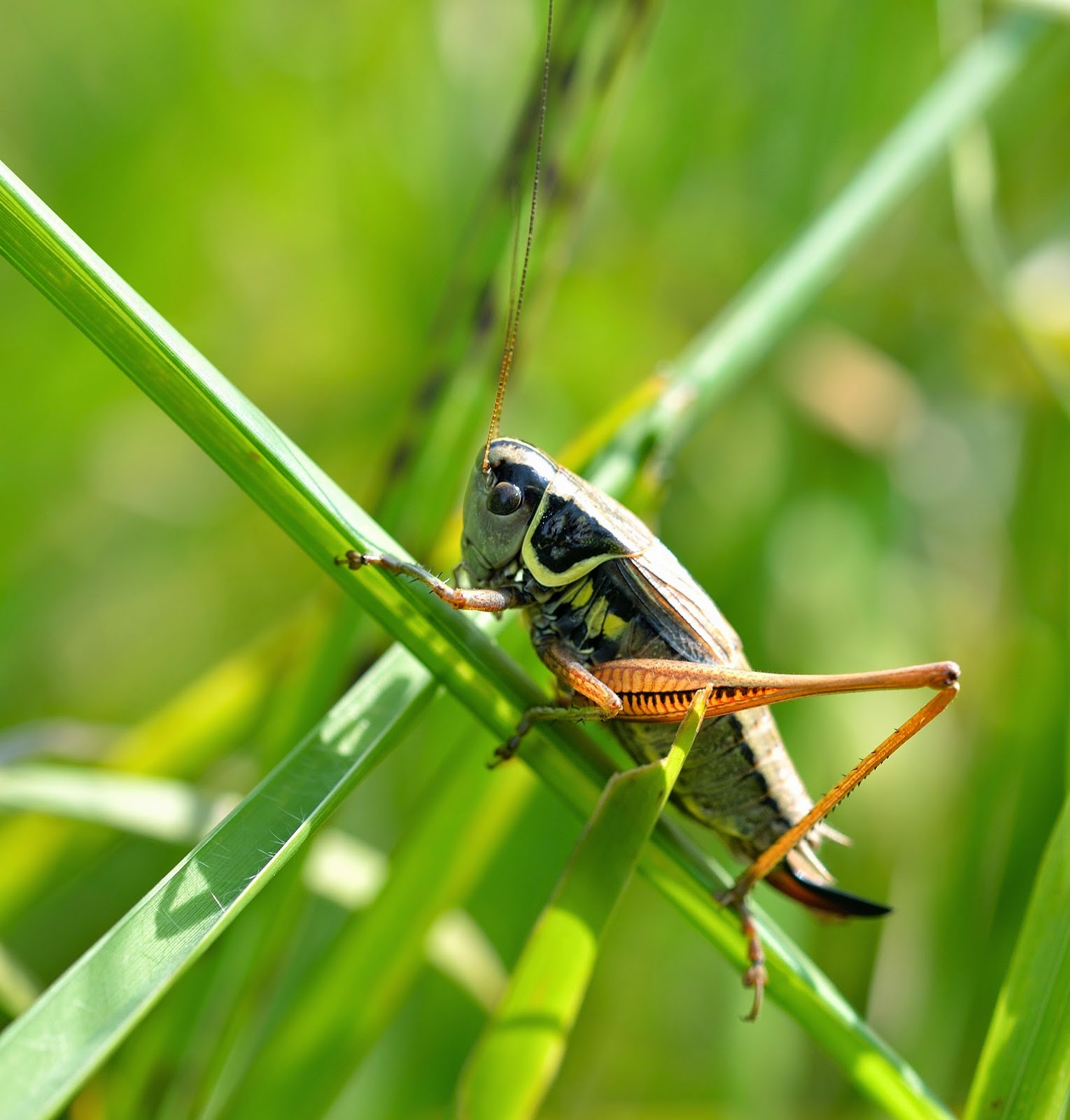 Posted by Bob Eade. at 15:24
Email ThisBlogThis!Share to TwitterShare to FacebookShare to Pinterest