Towards the end of last week the wind actually dropped enough to make it possible for a final Chalkhill Blue  early morning attempt. I was on the Downs a little after 6am, which was possibly a little too early. However, I soon found a few roosting Common Blues, all covered in the early morning dew. The sun at this point was just a large orange ball on the horizon. 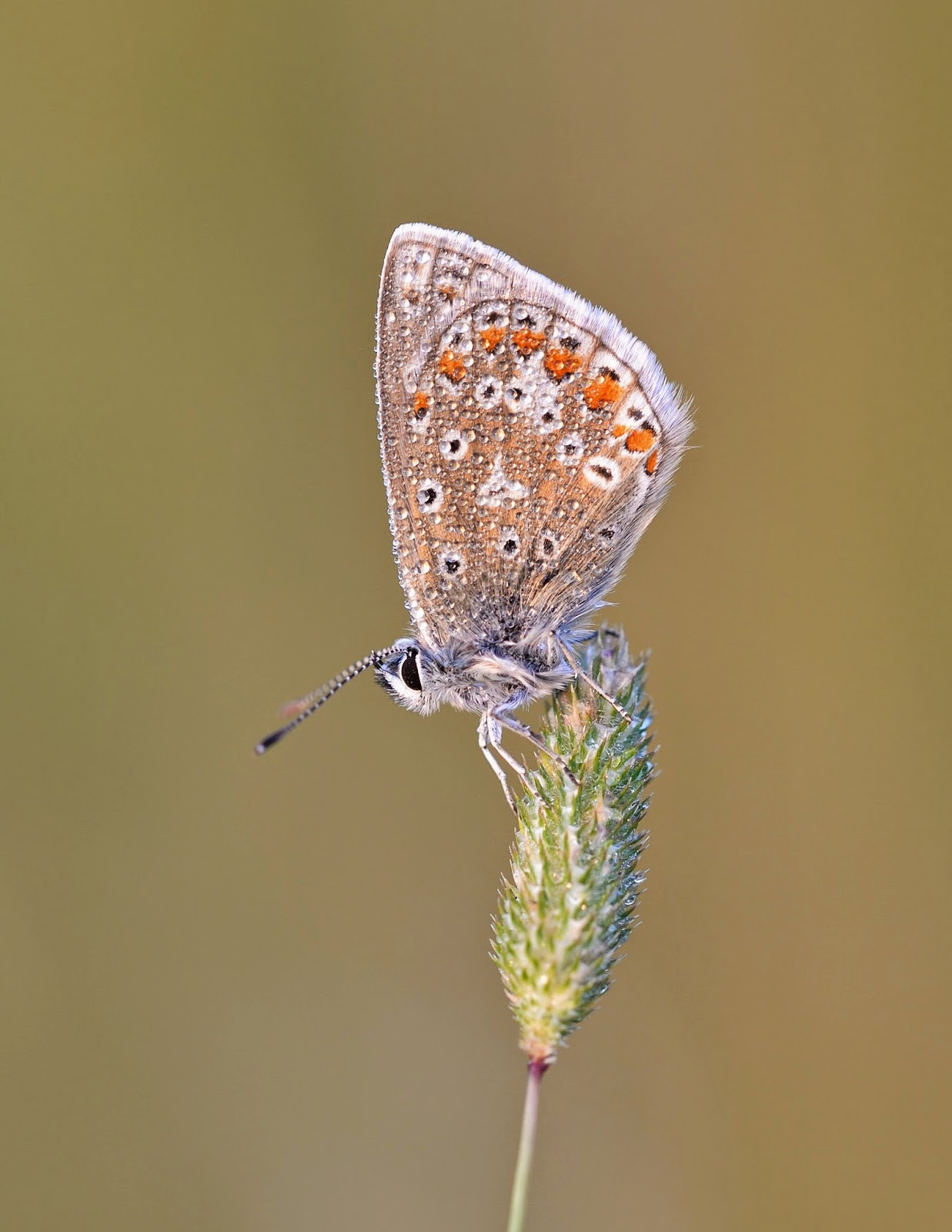 Eventually I found my quarry which was a fresh female Chalkhill Blue. I also found nearby a very fresh male that was a bit of a bonus. It was then a waiting game as the day gradually warmed up hoping they would both open their wings to pose nicely for me. Whilst I was waiting for this I continued looking around and I came across a group of eight Common Blues roosting. By now it was warming up nicely and a male Common Blue became the first butterfly to open its wings to warm up. This was followed by a male Brown Argus that I wasn't even aware was there. Female Common Blues also then started to warm themselves up. 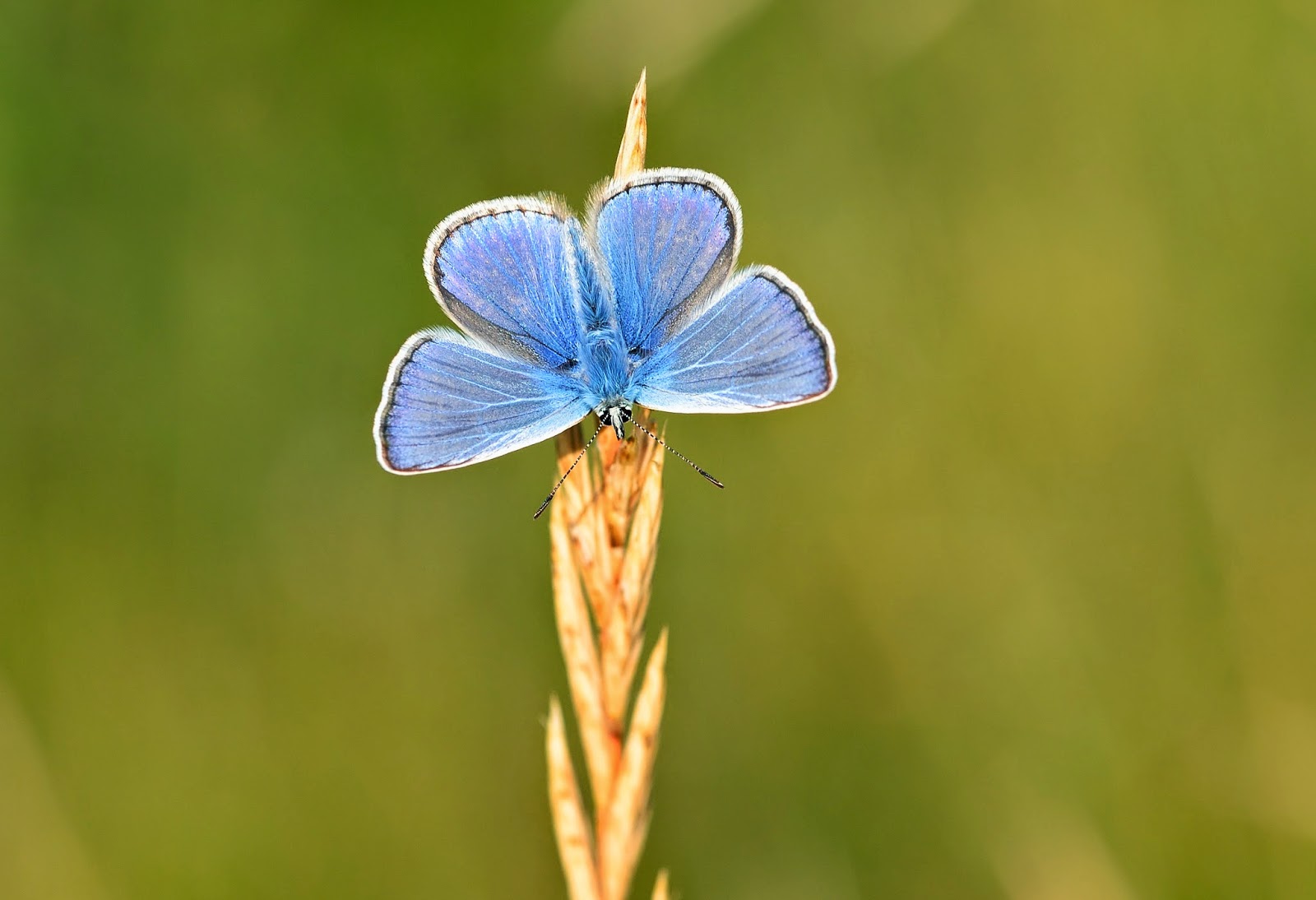 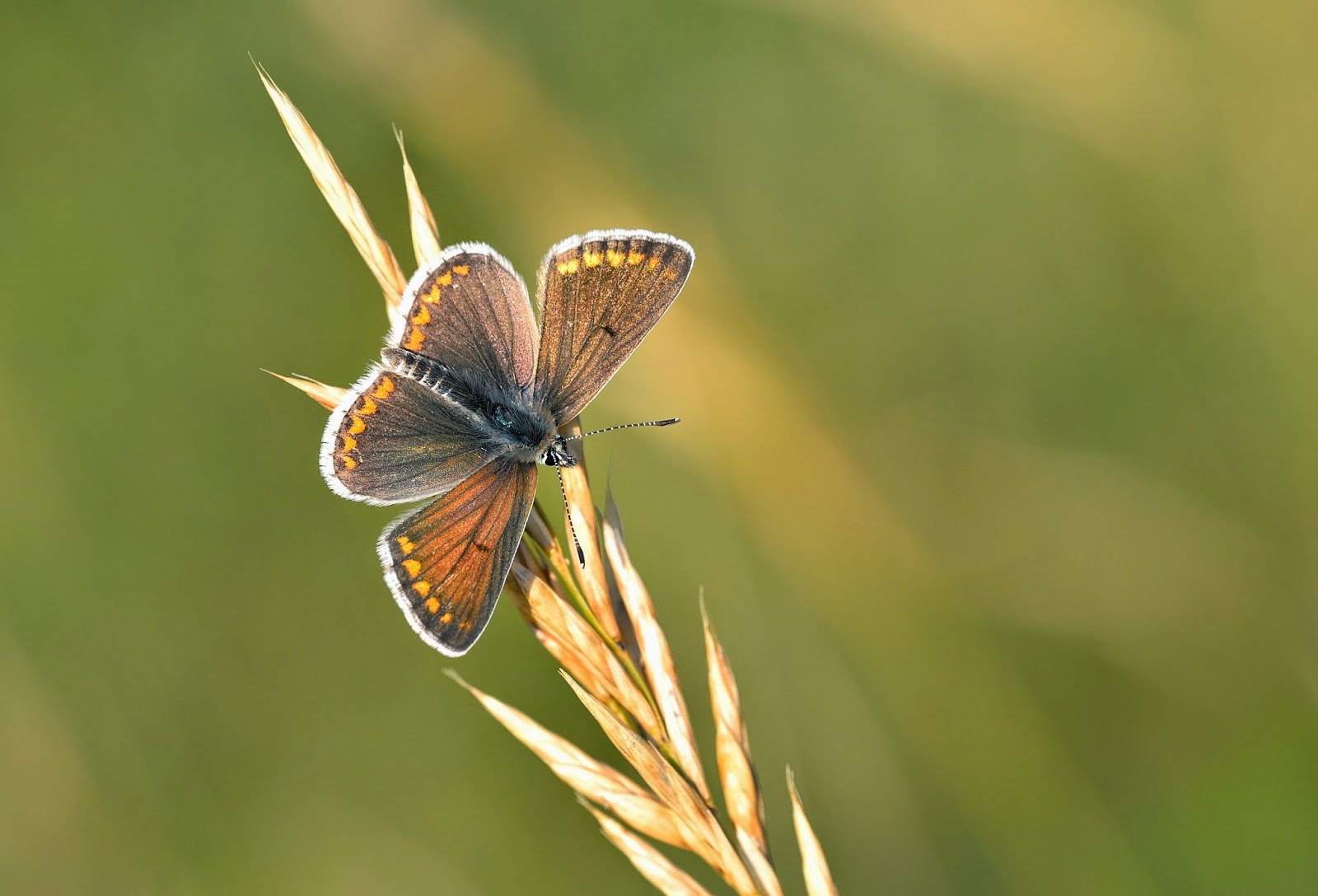 Eventually, after waiting for around an hour, the female Chalkhill Blue spread her wings wide open to start her warm up at the start of her day. It was still at least another 30 minutes though before the male opened up, by now it was quite warm and he was already warm enough for flight so I only managed two quick pictures before he was off. He really was a fabulous colour though and it made the effort of getting up the hill that early very worthwhile. 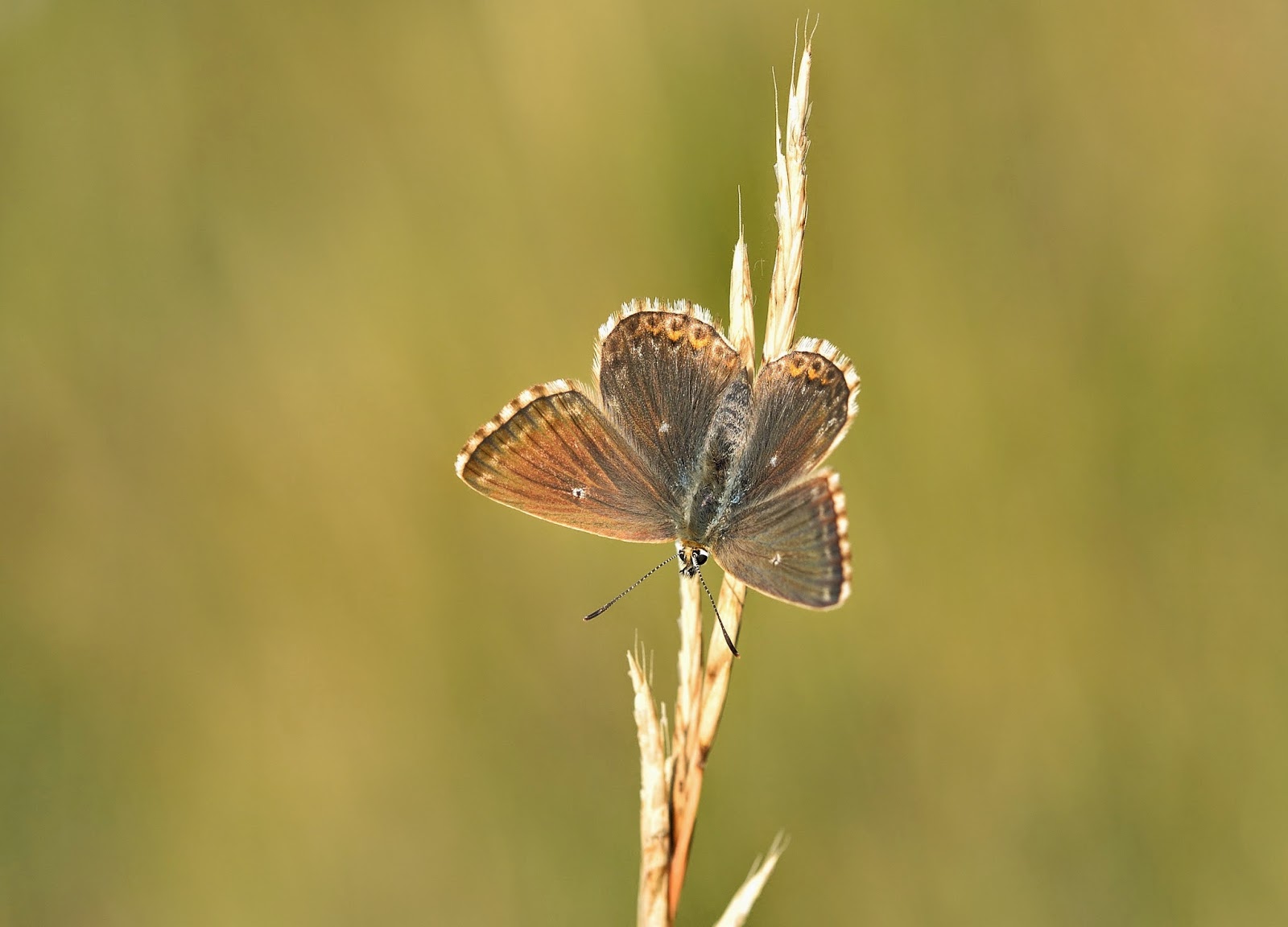 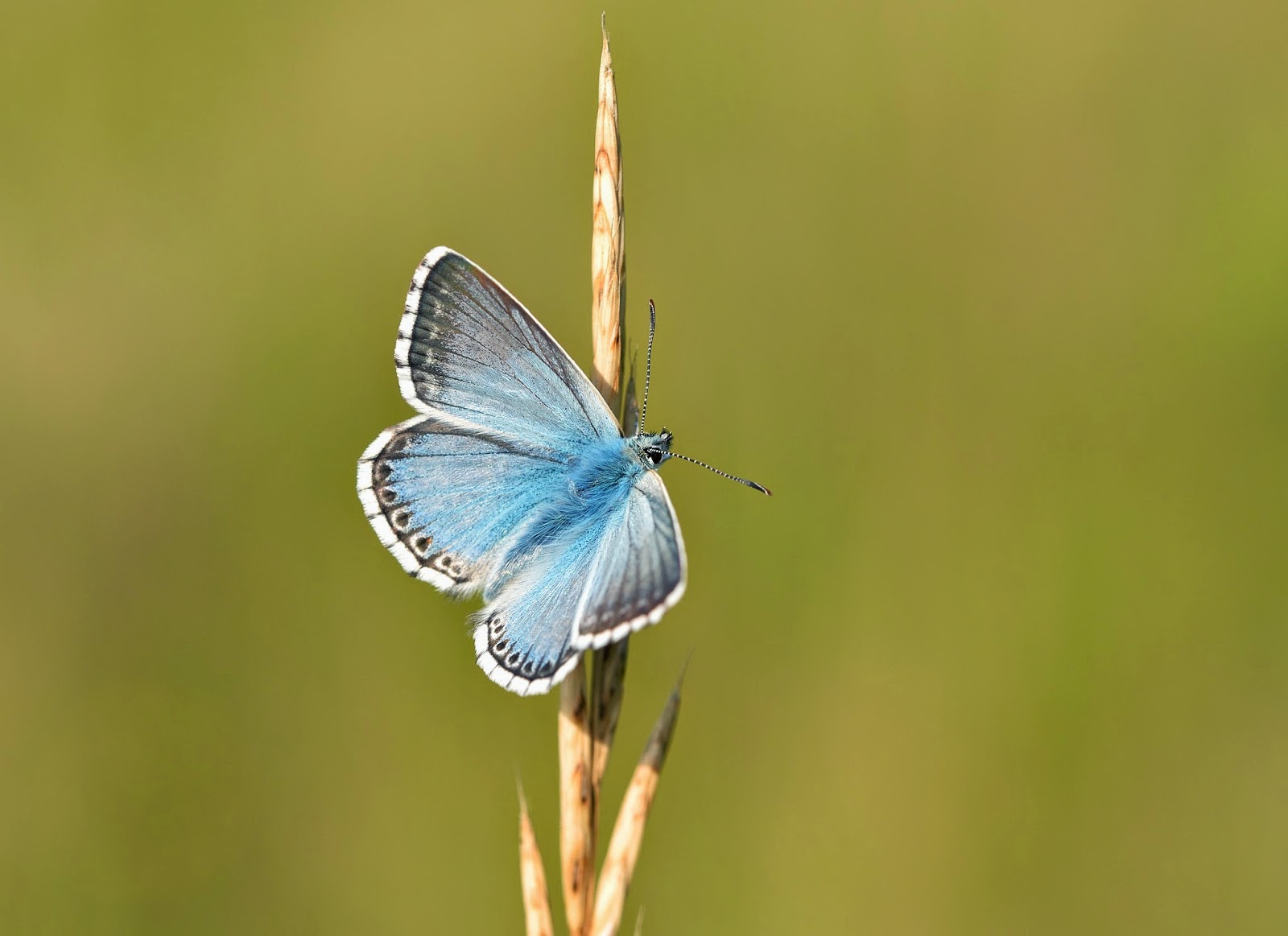 Posted by Bob Eade. at 12:51
Email ThisBlogThis!Share to TwitterShare to FacebookShare to Pinterest