With sunshine expected until the early afternoon yesterday I headed off to the Chiddingfold area to hunt out that most regal of butterflies, the Purple Emperor. All the way there the sun was shining and I was eager to get there quite early. Fortunately, not long after arriving I was walking along one of the rides when I saw the unmistakable flight of the Purple Emperor just in front of me and close to the ground. It settled straight away and then started probing the ground with its proboscis before heading into the undergrowth where it had detected one of its favoured delicacies, some dog poo!!

After watching it for a while it took flight and I wandered further up the path where, at a junction I spotted another already on the ground in an area with a little moisture. I started taking a few pictures hoping it would open its wings to show its amazing colours when the light reflects off it at the right angle. It very soon did just this as it walked in circles. All this happened before anyone else appeared. Of course it was not going to stay like this and I was soon joined by other enthusiasts where we followed this beauty once it took flight for about 400 metres as it kept landing and taking the minerals in the path. It then settled for a long time in a very muddy area where I decided to head off again on my own to hopefully find another individual. After only about an hour the sun decided to go in and it stayed in for the rest of the day and despite staying for another 6 hours no more were seen on the ground. I probably saw around 8 Emperors throughout the day in the canopy. 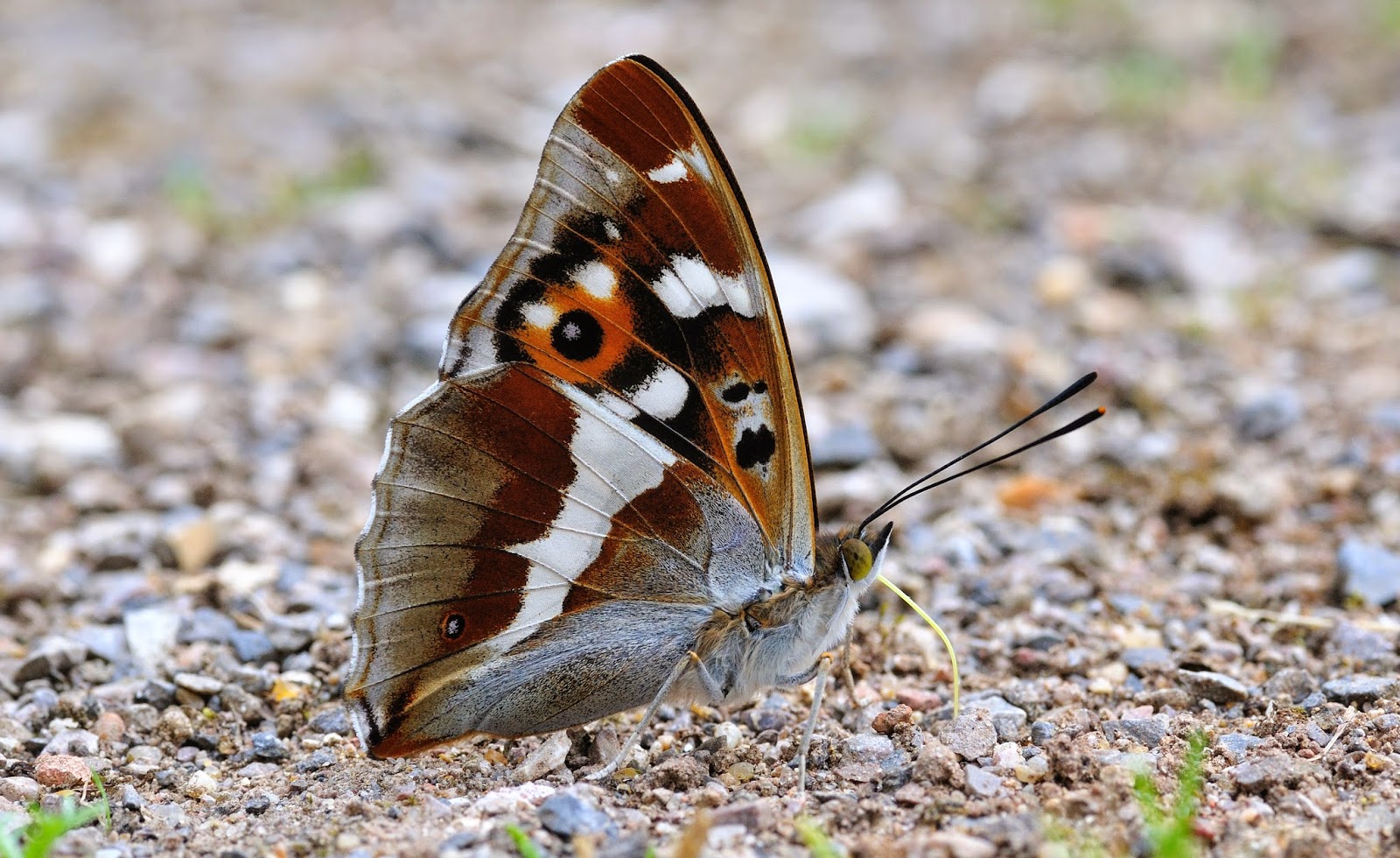 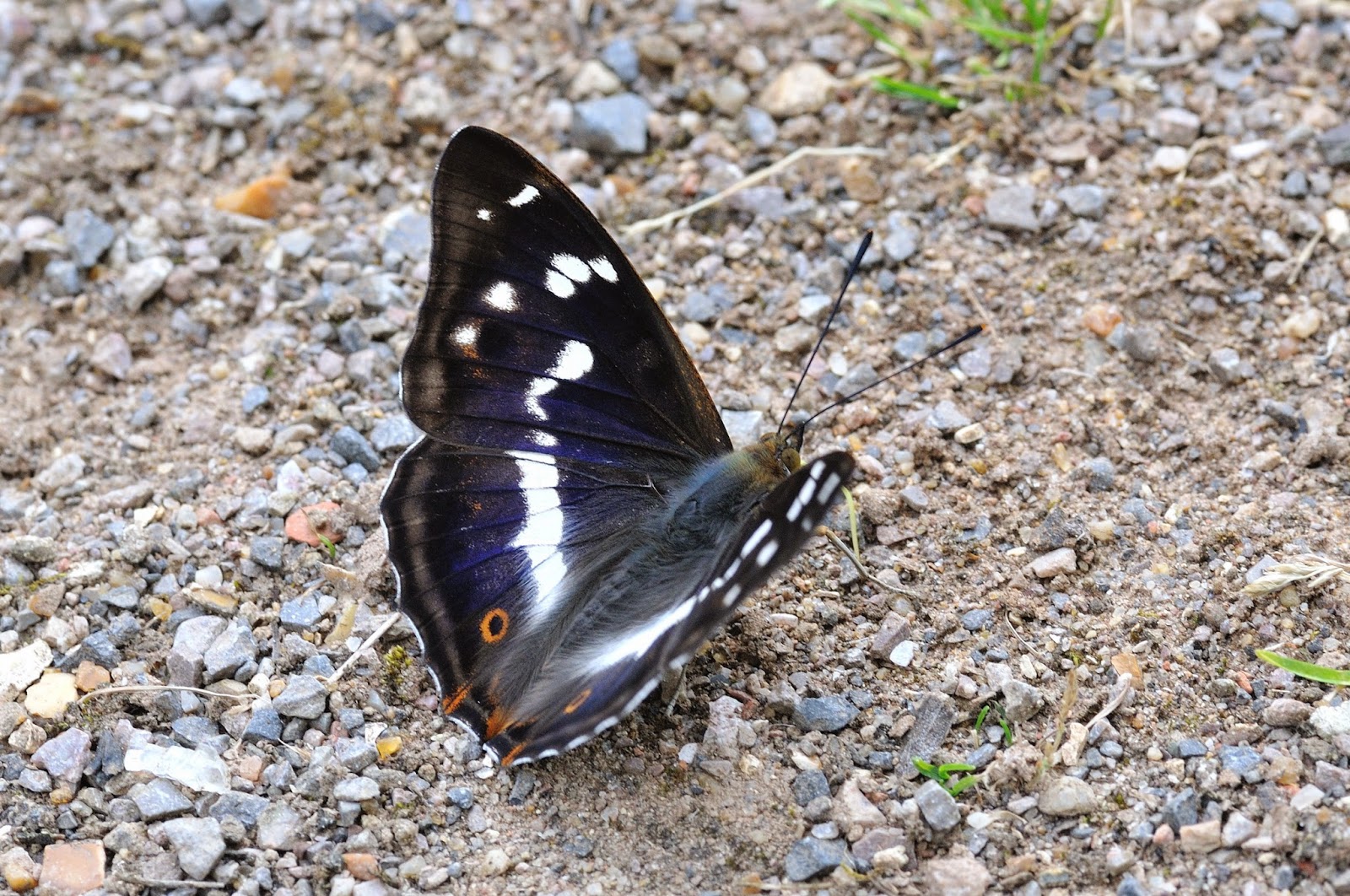 As he starts to open his wings there is a hint of the colour in his wings. 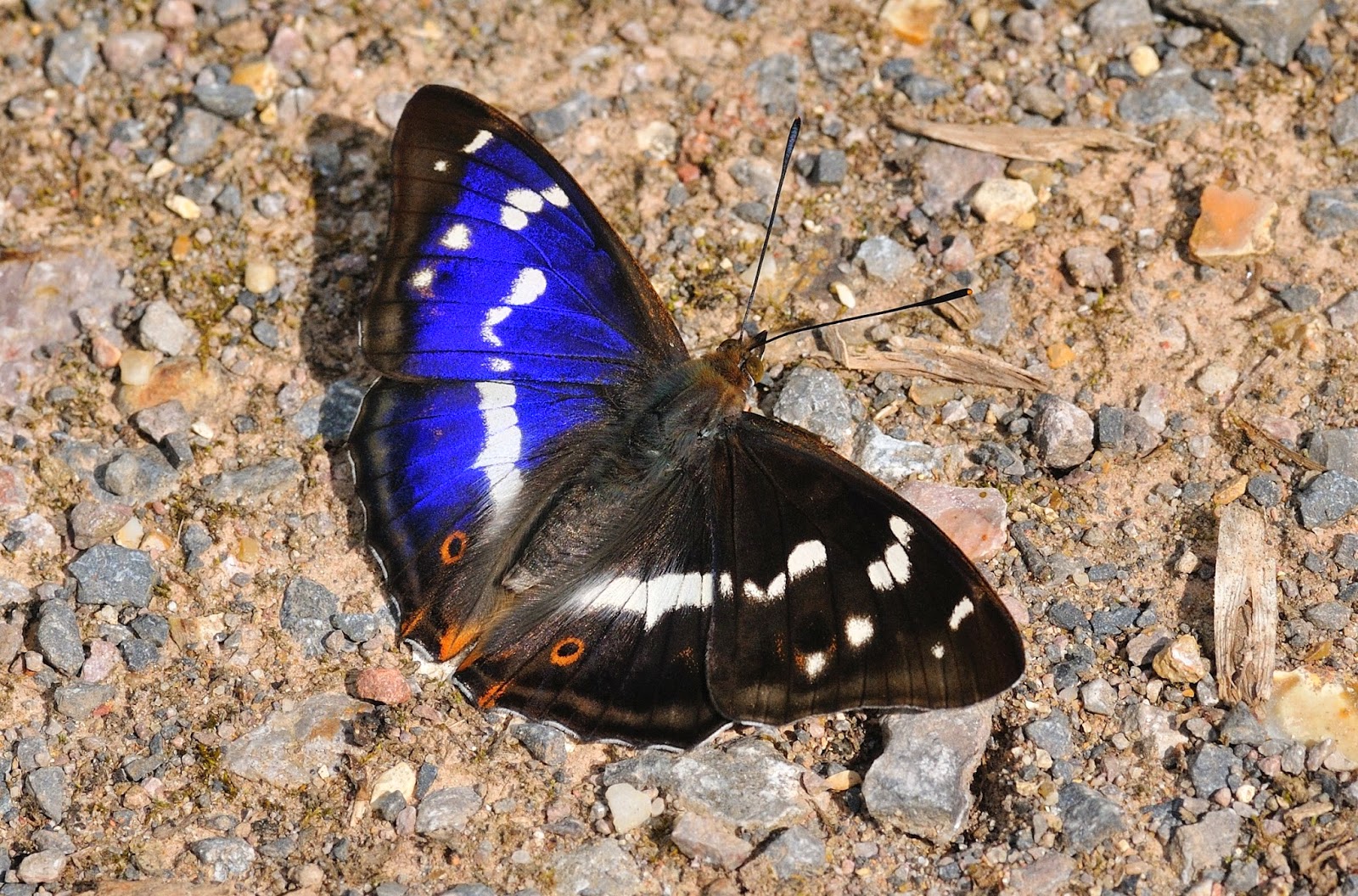 Fully open and the light hits the wing at the right angle to bring the colour out. 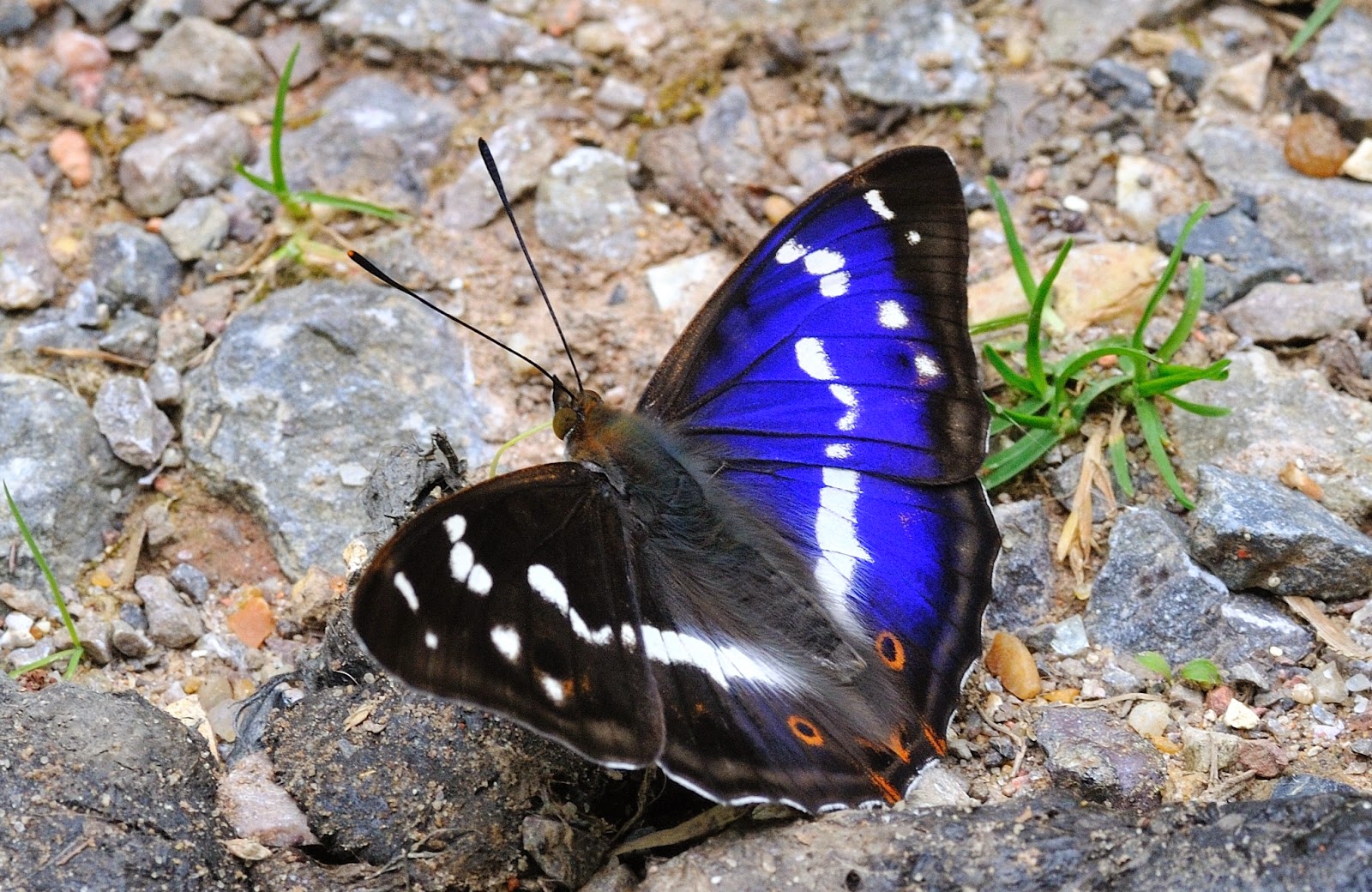 Further down the path he stops again.

For much of the day it was too dull, and even chilly for much else to be seen although I did get a shot of a Silver-washed Fritillary and a Marbled White. 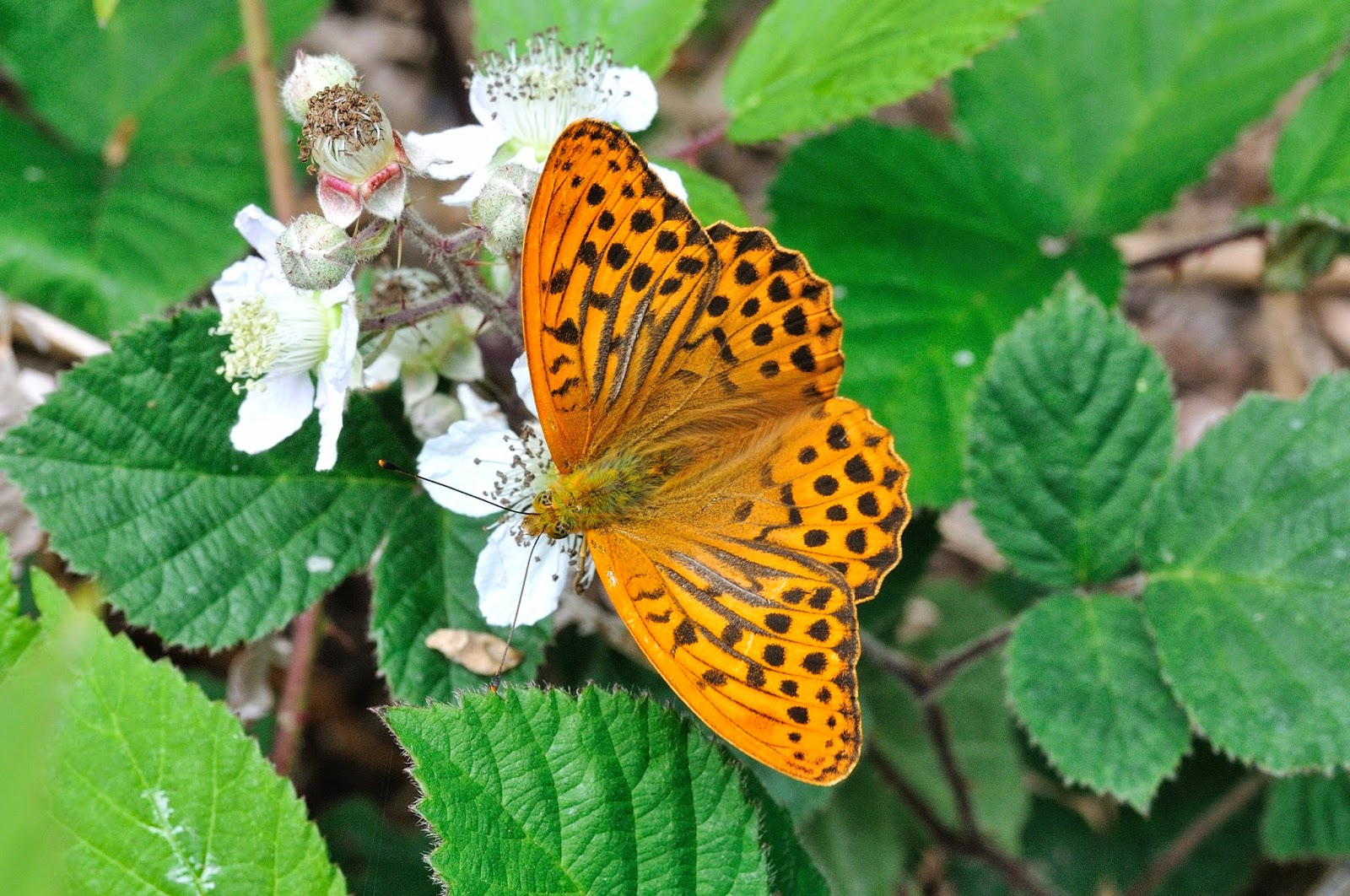 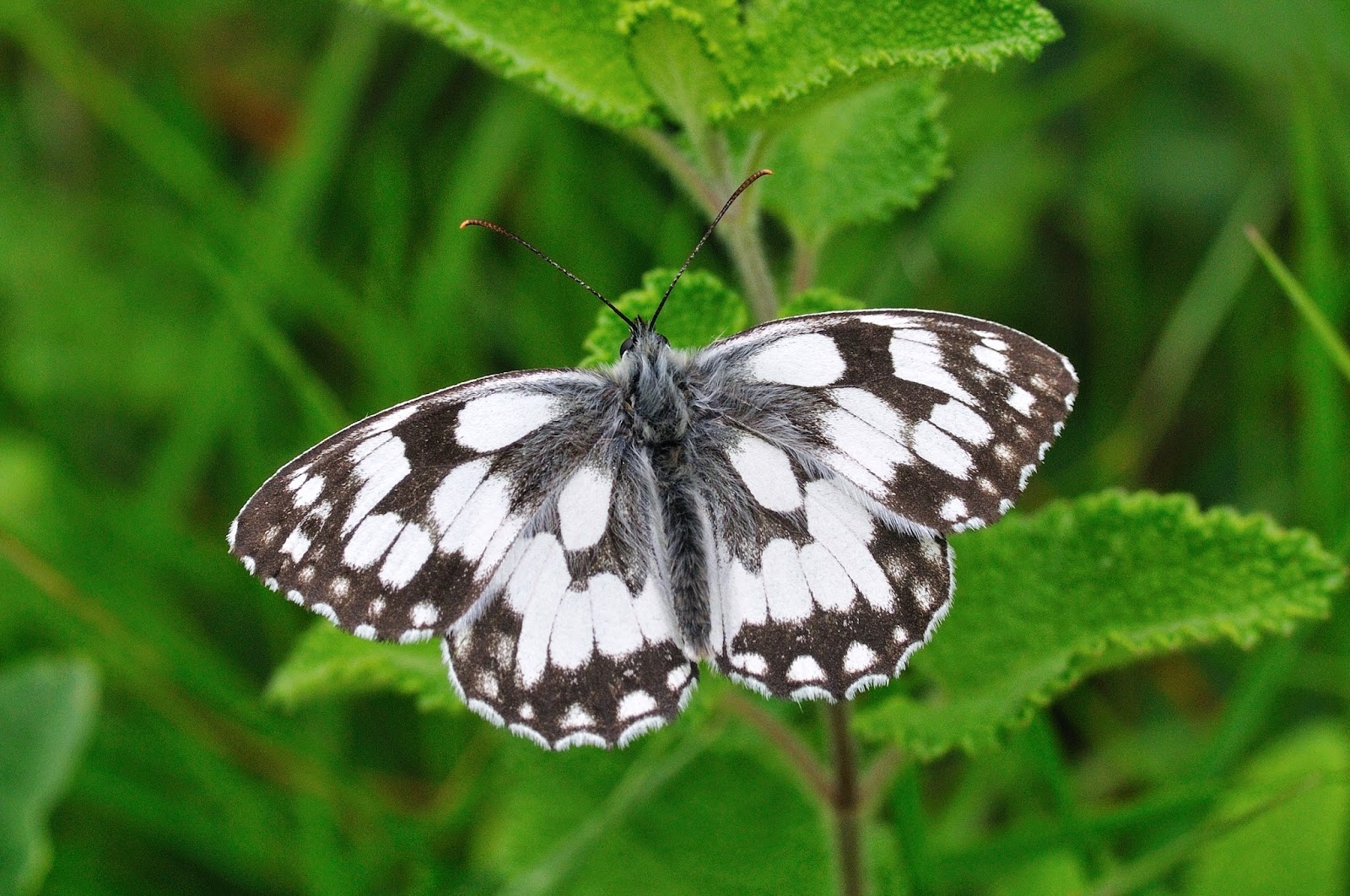 Just 5 miles down the road whilst driving home the sun returned, alas, a little too late. However, it was a great day out with the wonderful Purple Emperors.


Posted by Bob Eade. at 22:00
Email ThisBlogThis!Share to TwitterShare to FacebookShare to Pinterest