I was tempted again yesterday to head up to the Chalkhill Blue colony whilst they are so fresh. Both the Blues and the Gatekeeper numbers had increased with several seen across the area. The 2nd Chalkhill Blue that I found posed very nice for the camera. 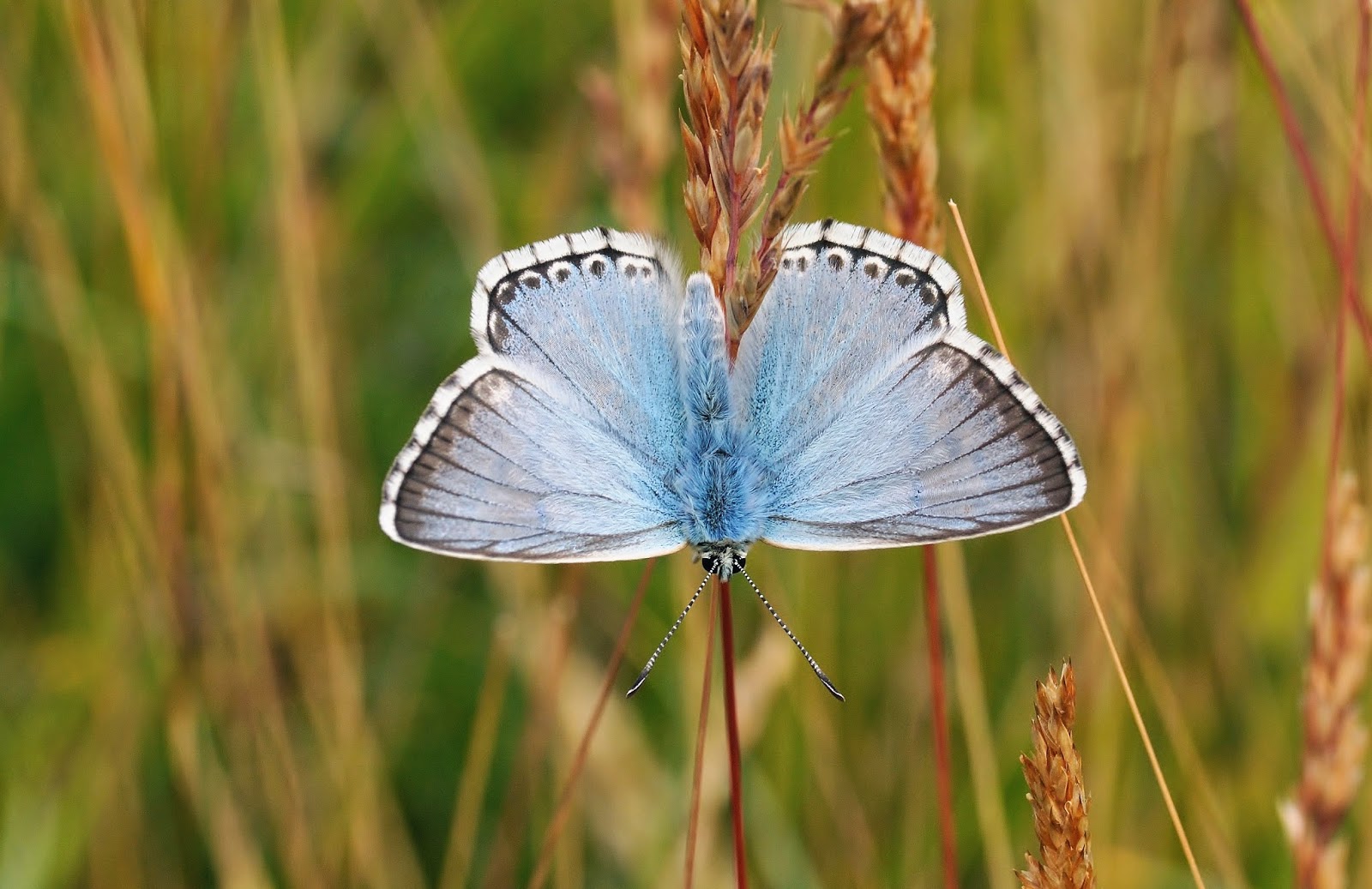 After spending a little more time with it I then moved to the bottom of the hill looking for Emerald Damselflies, however none were seen. Back onto the hill and I found my first Thyme Plume of the year, a tiny plume moth which is very scarce in Sussex. 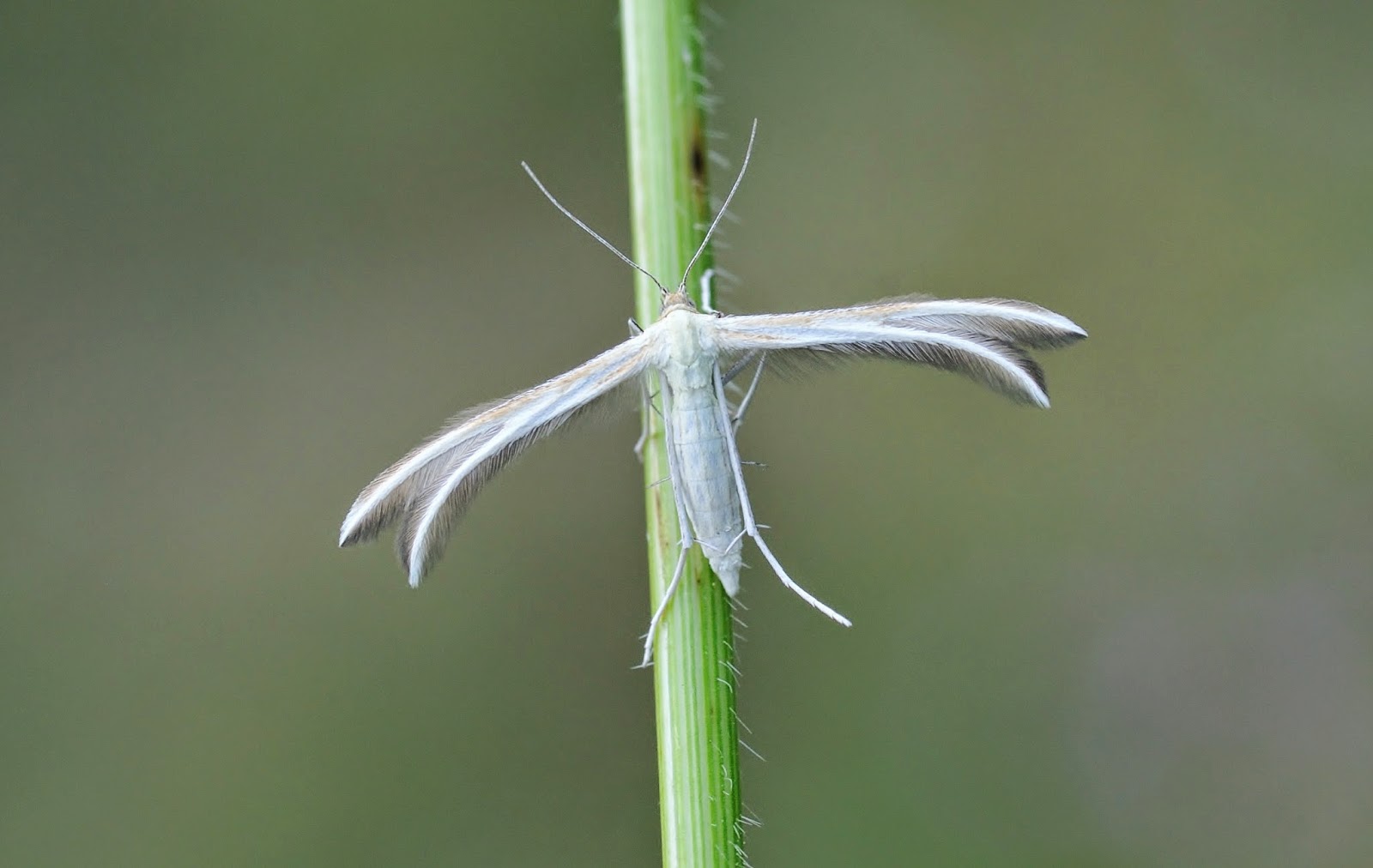 Although it is probably a little early I did look briefly for Wall Brown 2nd brood pupa in the area where I had the 1st brood pupa back in March. The pupa is by far the hardest of the life cycle to find and it was no surprise at all not to find one. However, a couple of minutes later a bright green pupa caught my eye from about 10 feet away and I was amazed to find it was a Meadow Brown pupa. 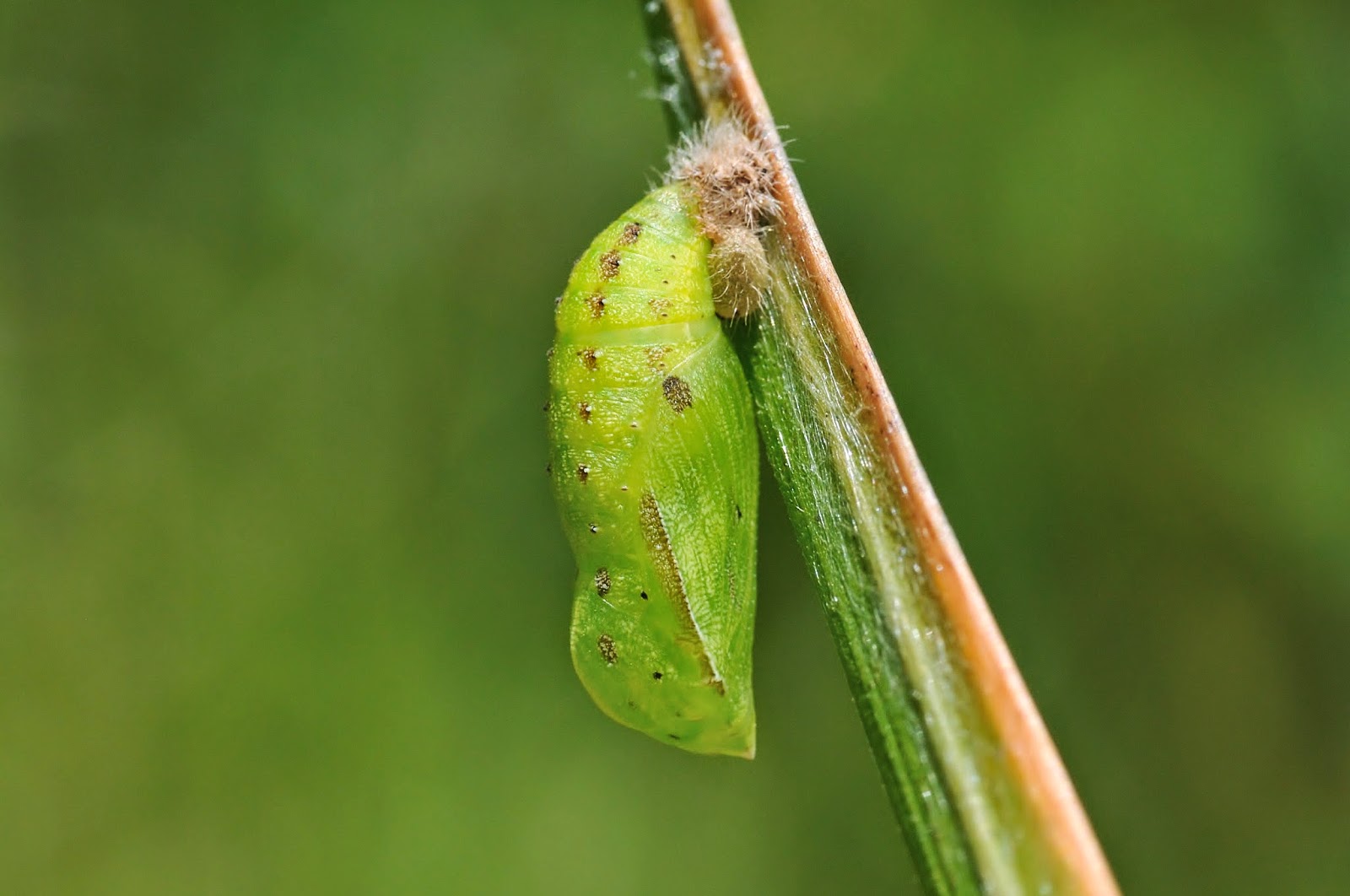 Heading back to the car I came across another Chalkhill Blue which was nectaring on a Pyramidal Orchids. Butterflies that nectar on orchids run the risk of getting pollen sacs stuck on their proboscis and when the butterfly settled on some grass I could see that this one was indeed suffering with this. It was stretching out its proboscis to try to get rid of the bits that were stuck there but they were not coming away!! 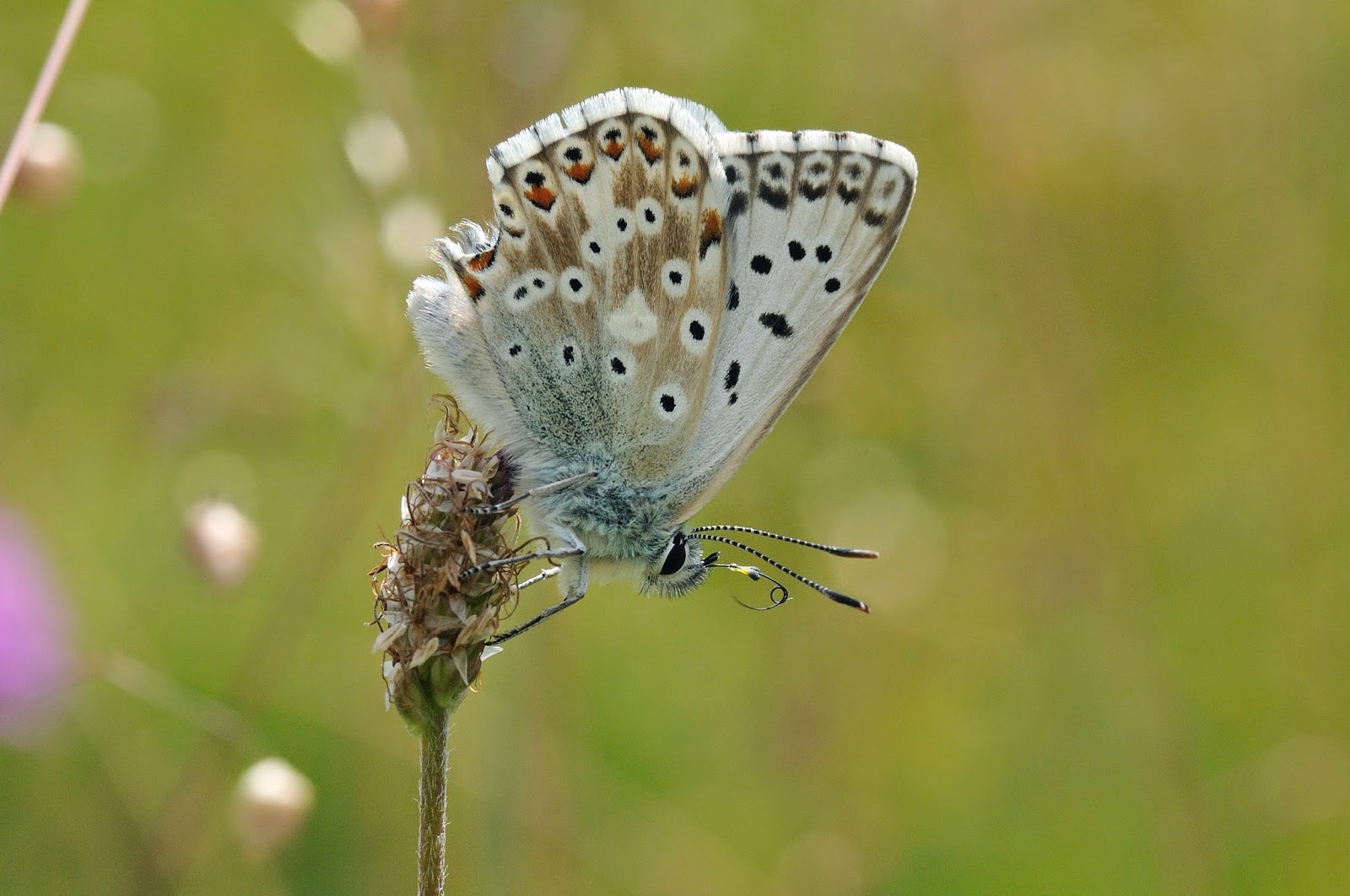 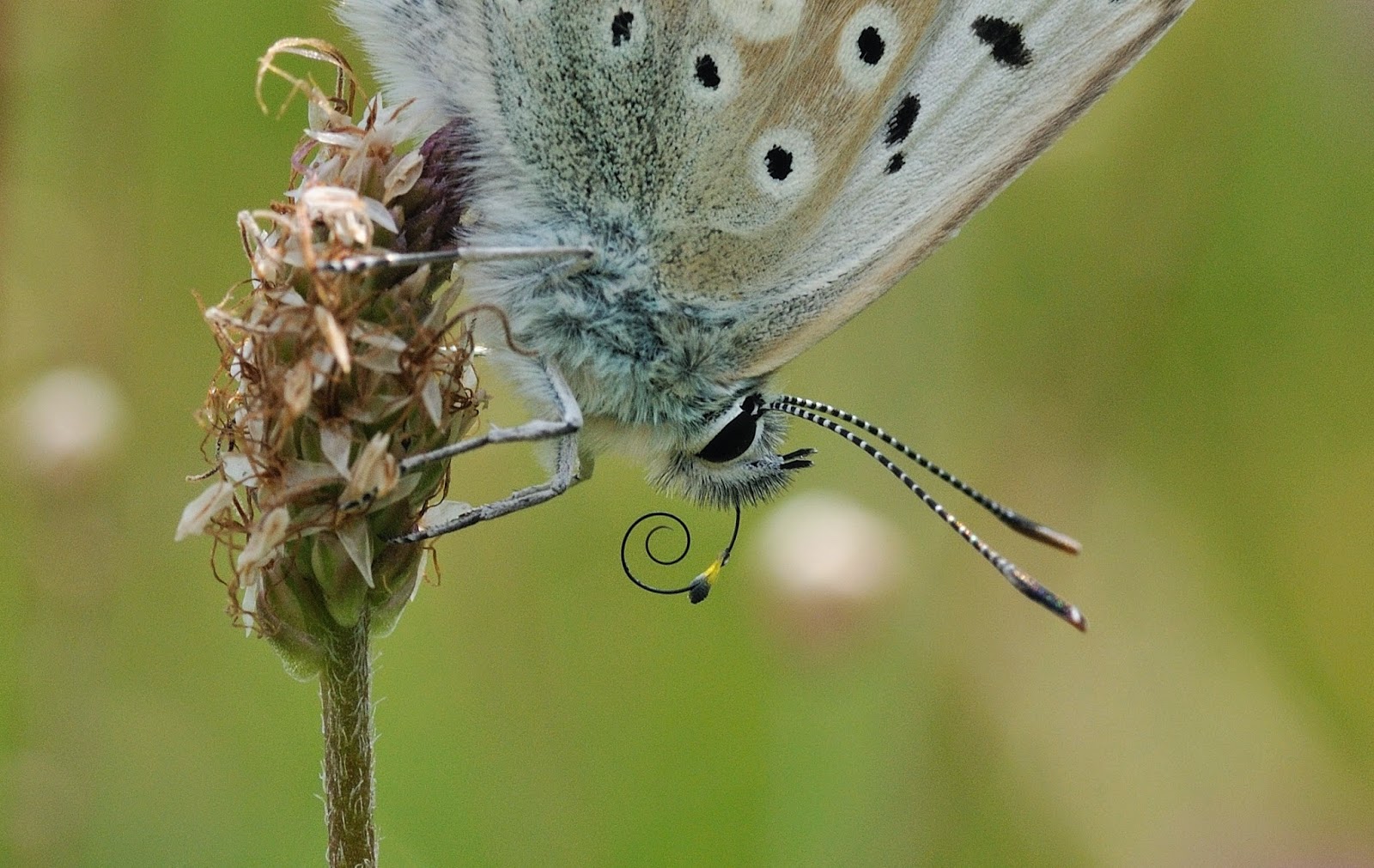 Finally my first Essex Skipper of the year was seen near the car park, this was my 40th species of the year.

Posted by Bob Eade. at 22:27
Email ThisBlogThis!Share to TwitterShare to FacebookShare to Pinterest