Whilst we were at Denge Nigel spotted a Duke of Burgundy that was a little different. This one had one pale forewing. It is always interesting to get one of these oddities, we were also fortunate that it was a female. The Duke of Burgundy is the only British butterfly where the male has 4 working legs and the female 6. I managed to get an underside picture which shows the butterfly using the 6 legs. 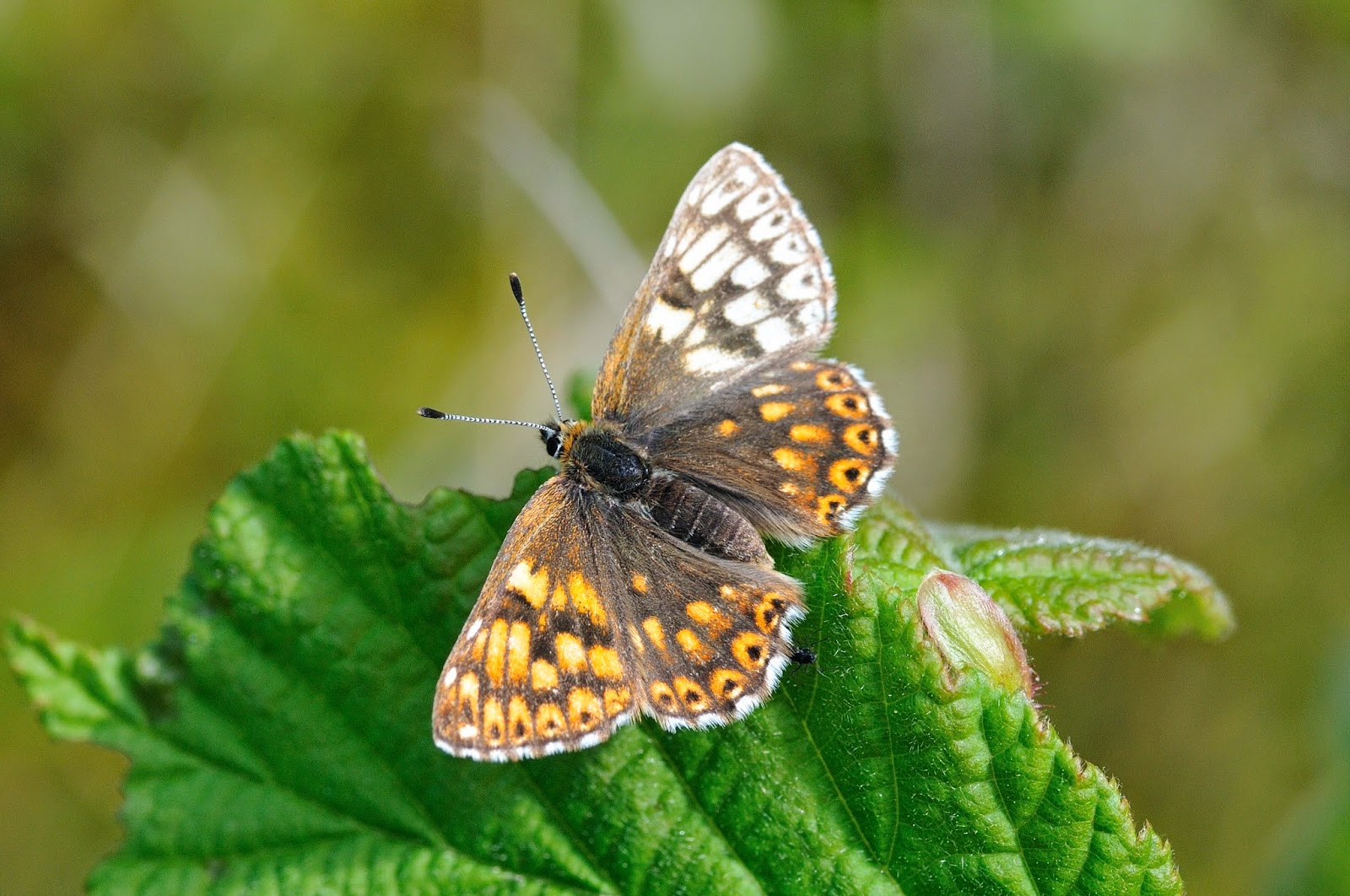 We were very surprised by the number of White-spotted Sable moths. This is a micro moth that is classified as Nationally scarce A. Although I have had very brief glimpses of this moth before I have never had a clear sighting of one. When settled they generally hid underneath leaves, however, the one I managed to get a photo of I saw land. I then carefully turned the leaf over with one hand whilst taking the picture with the other. Unfortunately, I only had one attempt at it before it flew off and the picture I got was not 100% sharp. 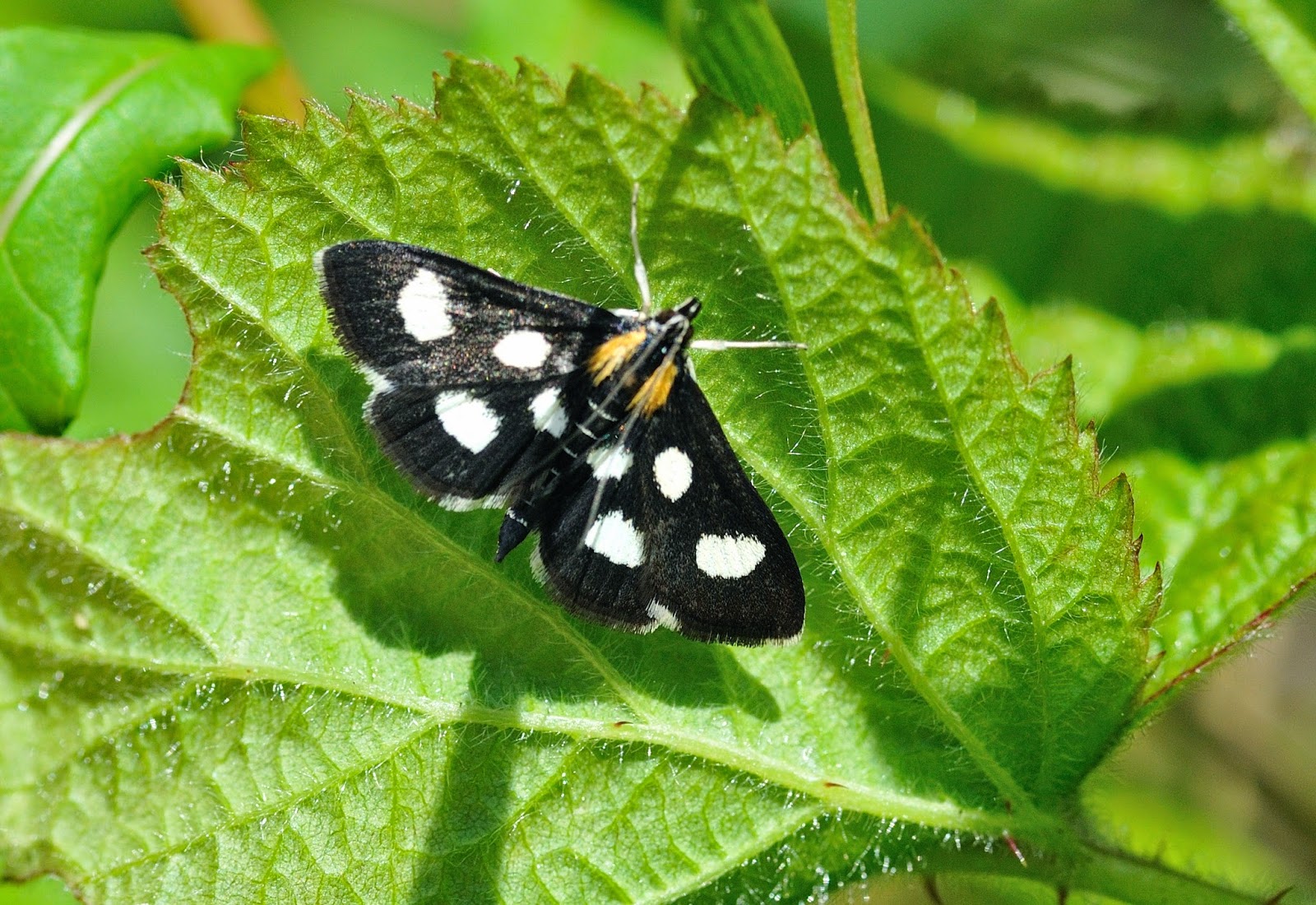 The other micro moth that I managed to get is classified as Nationally scarce B. Therefore not quite as rare but still very notable. It is also one of the most colourful of the micros. I only saw the one but it sat long enough for 2 attempts at it. This one is Olethreutes Arcuella. 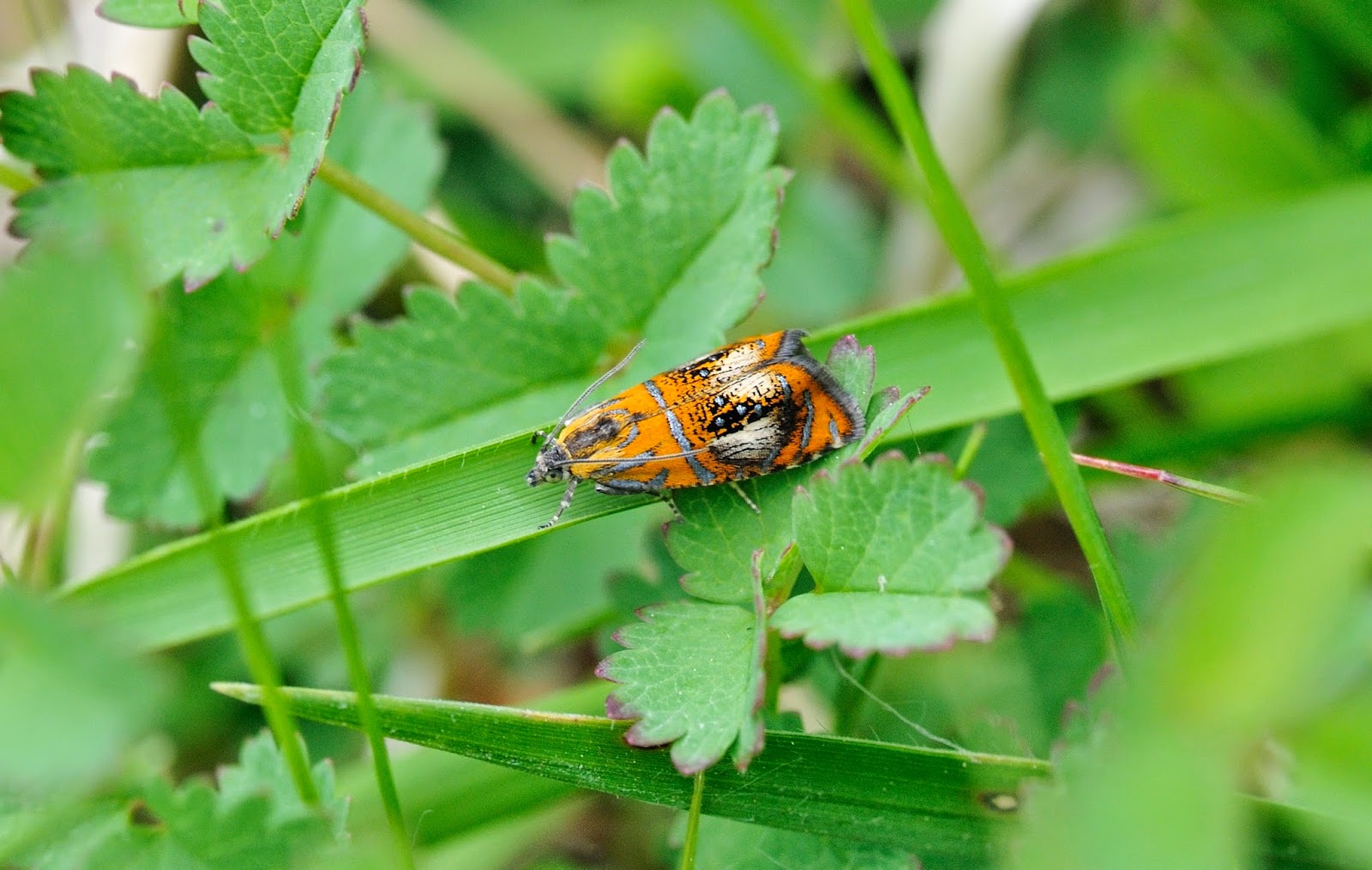 We also found 2 long horned beetles which were different and attractive. This was a Rhagium Mordax. 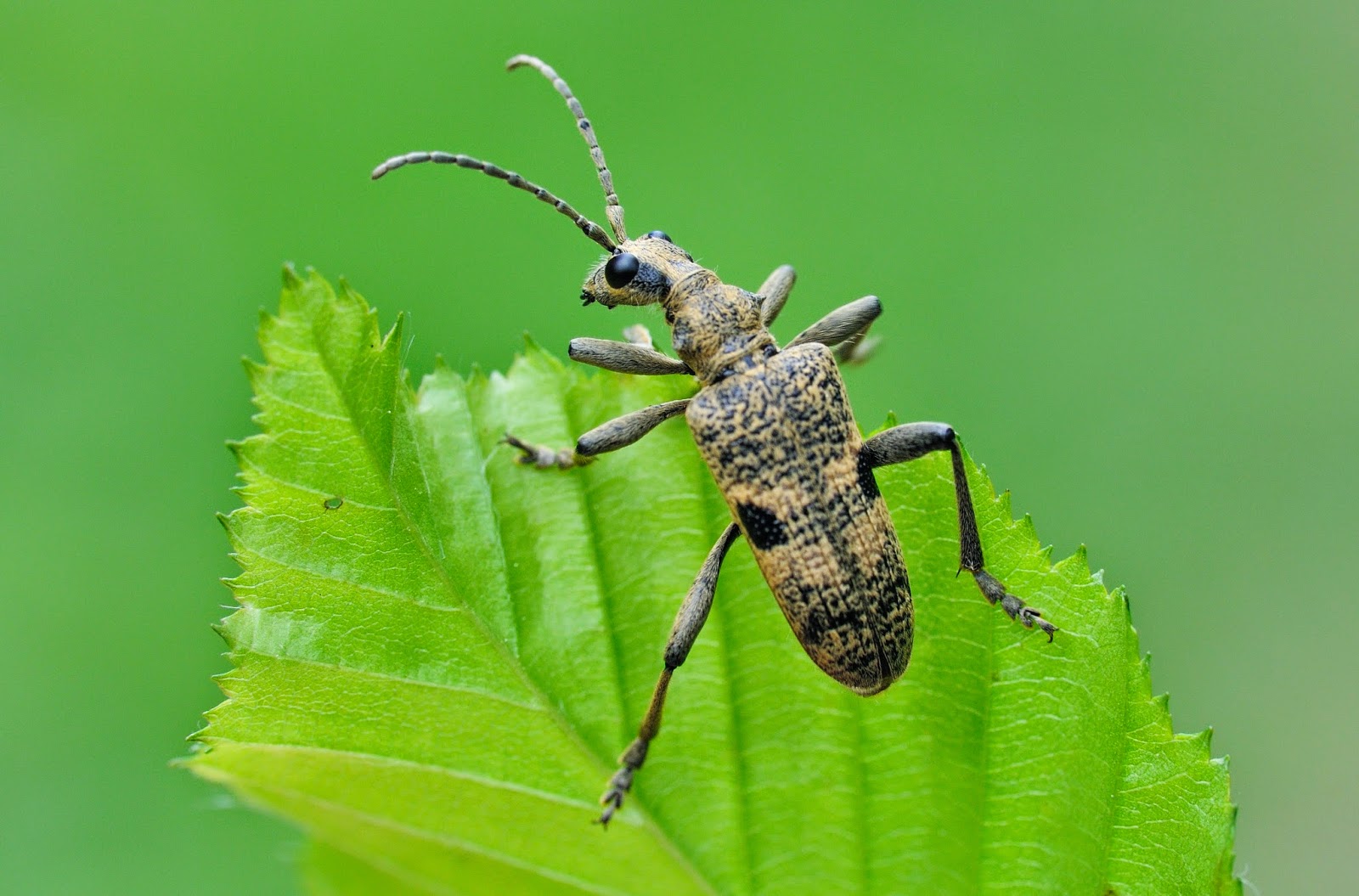