Before our last minute trip to Kent Matt had told me that the Monkey Orchids were out. With this in mind, after the success at the Duke of Burgundy site, complete with all the Lady Orchids, we headed over to the site where I had seen my first Monkey Orchid some 30 years ago. On arrival we walked all along the bank to the far end only seeing several Monkey Orchids in tight bud. We were thinking this can't be what some people call being out!! Fortunately, just before we gave up I went into a small chalk pit, thinking that it was probably warmer there which may encourage flowering. There it was, a Monkey Orchid, just fully out. There was also a couple more halfway there. At the far end of the reserve there were also several Fly Orchids, one of which was particularly impressive. 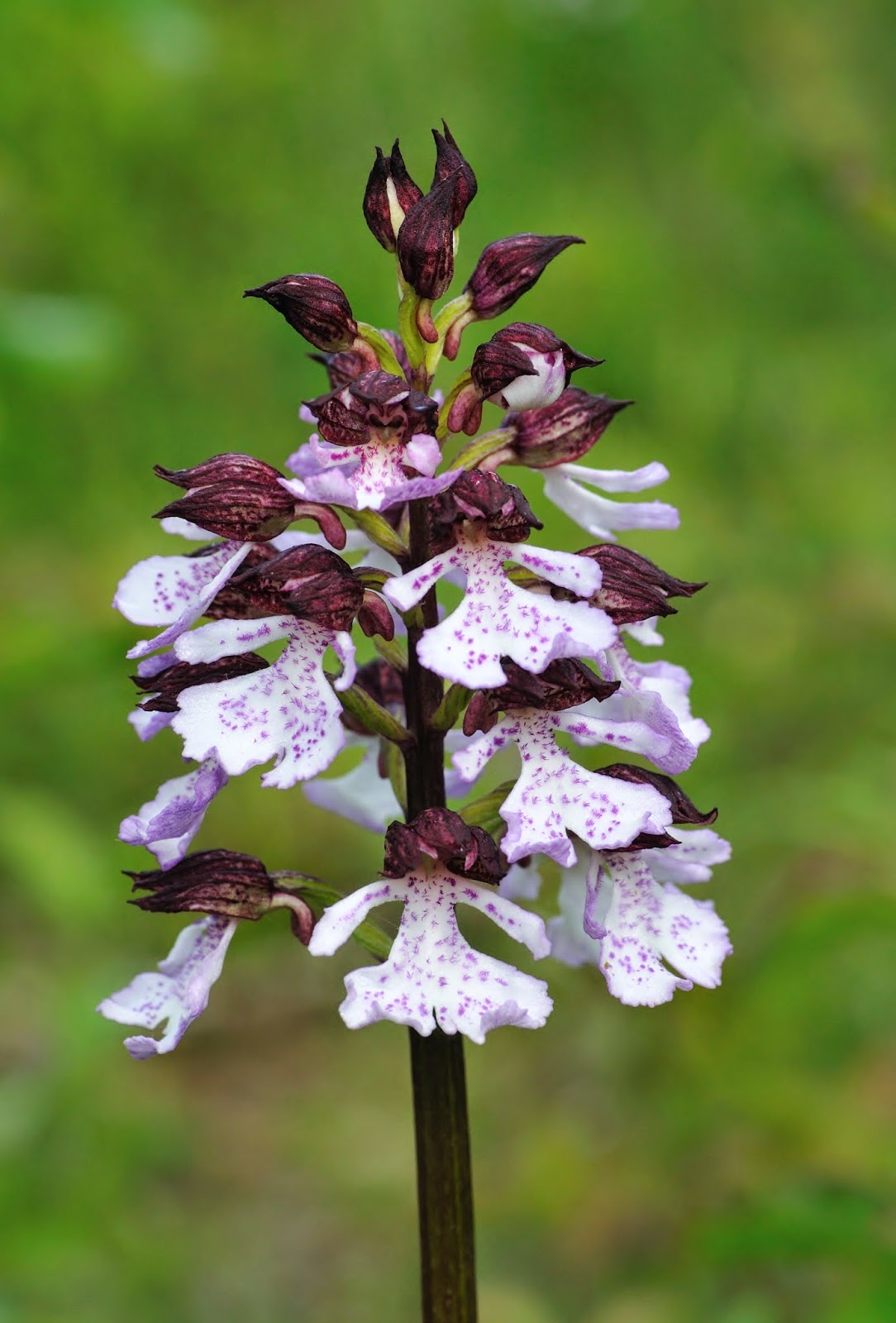 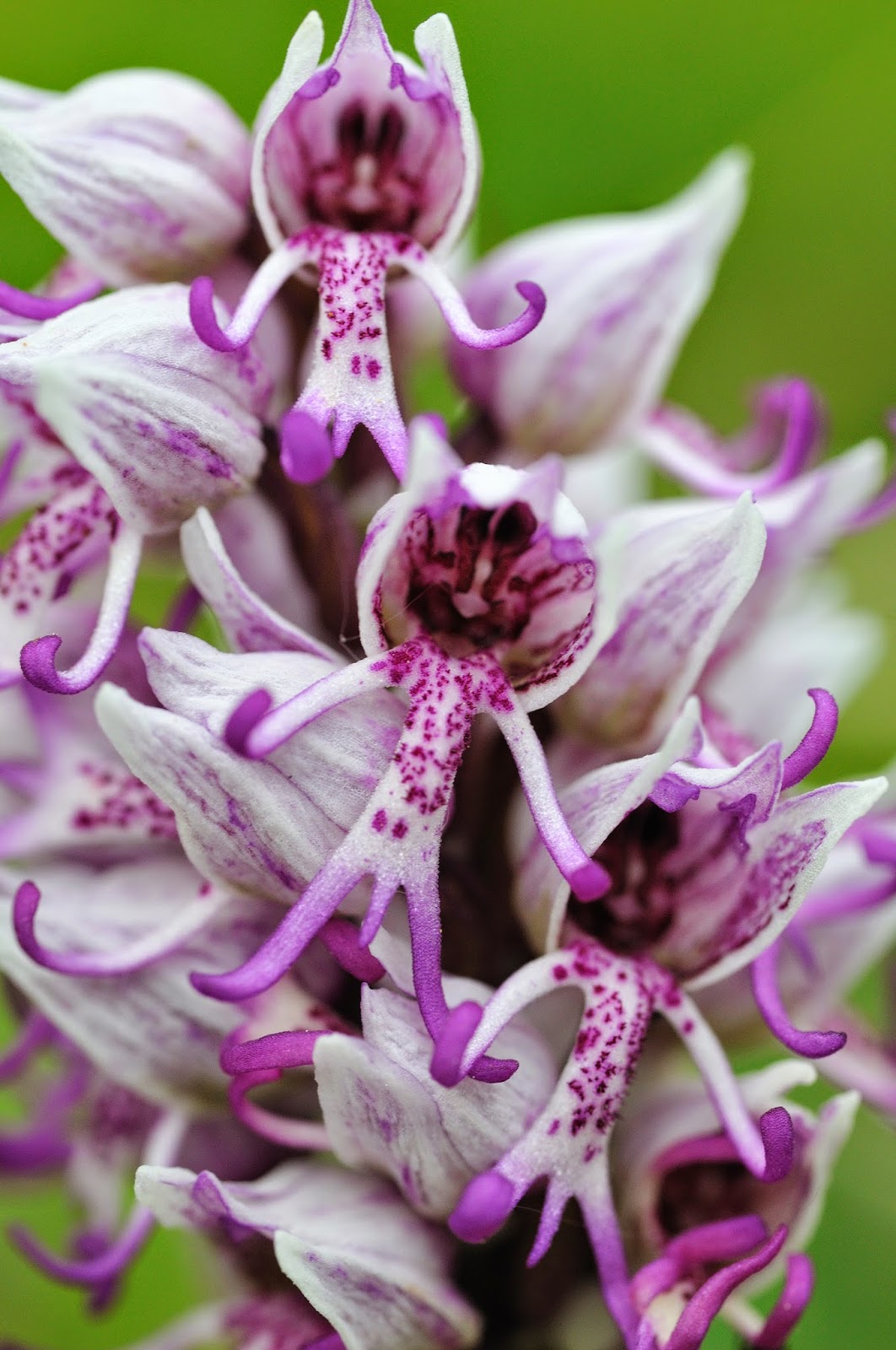 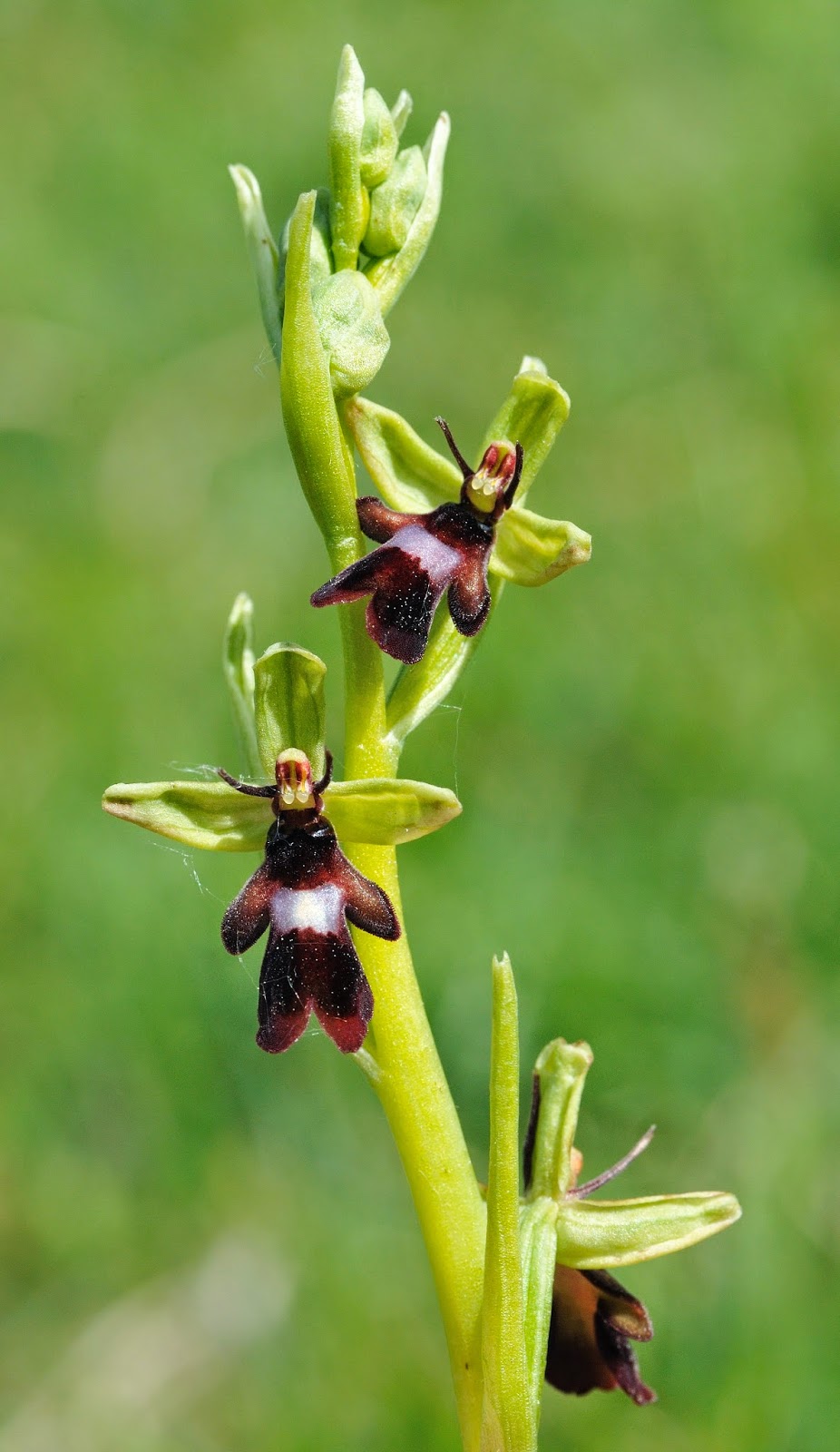 With time now creeping on we decided to head back to the Wye area where I had seen many Man Orchids in the past. Once again they would have been slightly better in a few days time, but there were several in flower with various colours on the Man flowers. 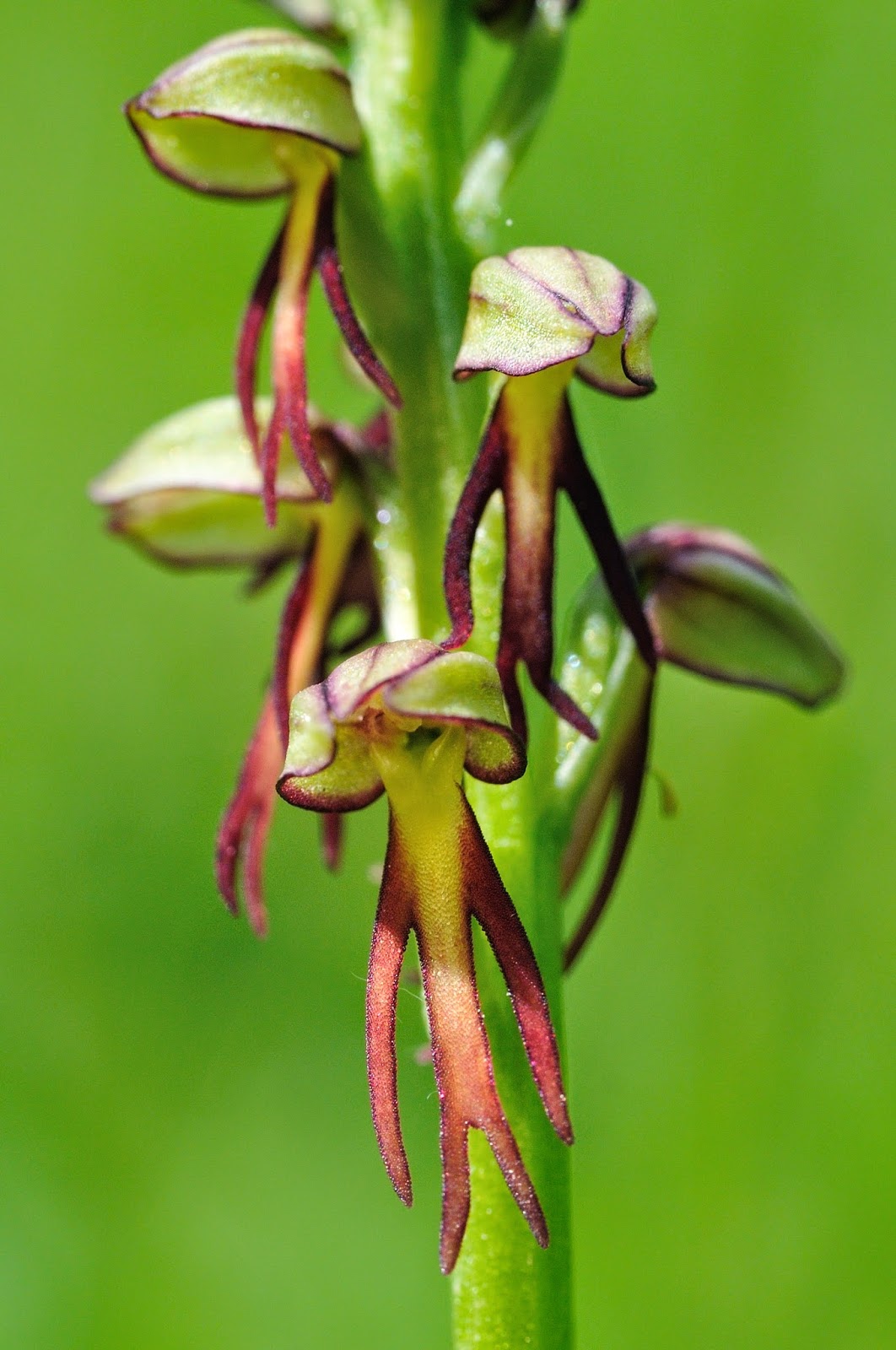 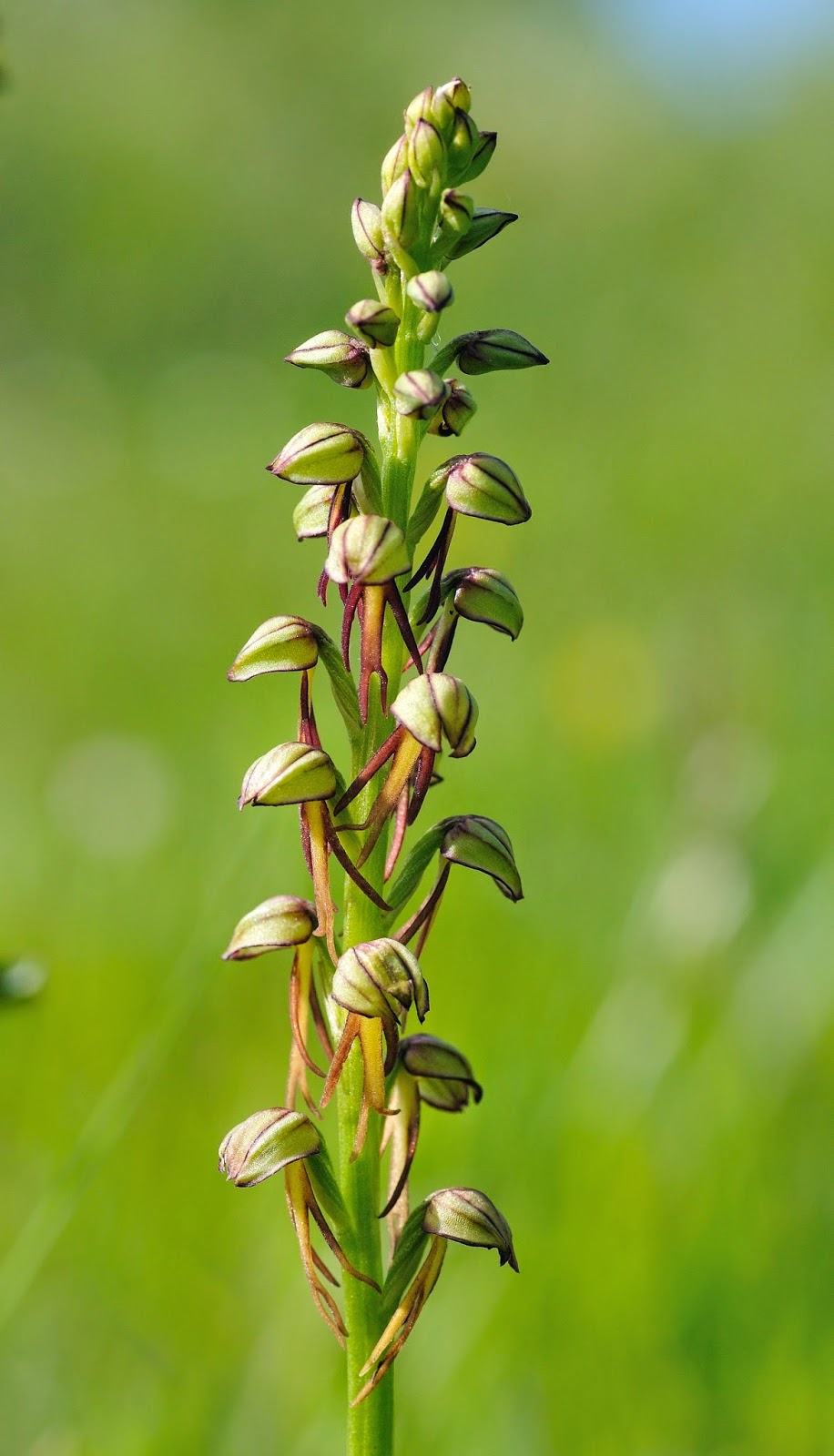