With less than an hour available late morning I quickly visited the so called wasteland nearby where a massive amount of stinging nettles were growing. Immediately Small Tortoiseshell were very evident with several flying around and settling, with some looking for egg laying sites. There was one old male that was so tatty it was only just possible to identify it as a Small Tortoiseshell. However, when other males came near he was still able to see off the best of the opposition!! There were also several Comma flying along with a Brimstone and a couple of Peacock. I was so engrossed with all this activity that I was running a little late. I was rushing home when a newly emerged female Holly Blue fluttered down in front of me. I managed an underside shot of this as another Holly Blue flew over me. Unfortunately, with the wind blowing she wouldn't perform by opening her wings for me. 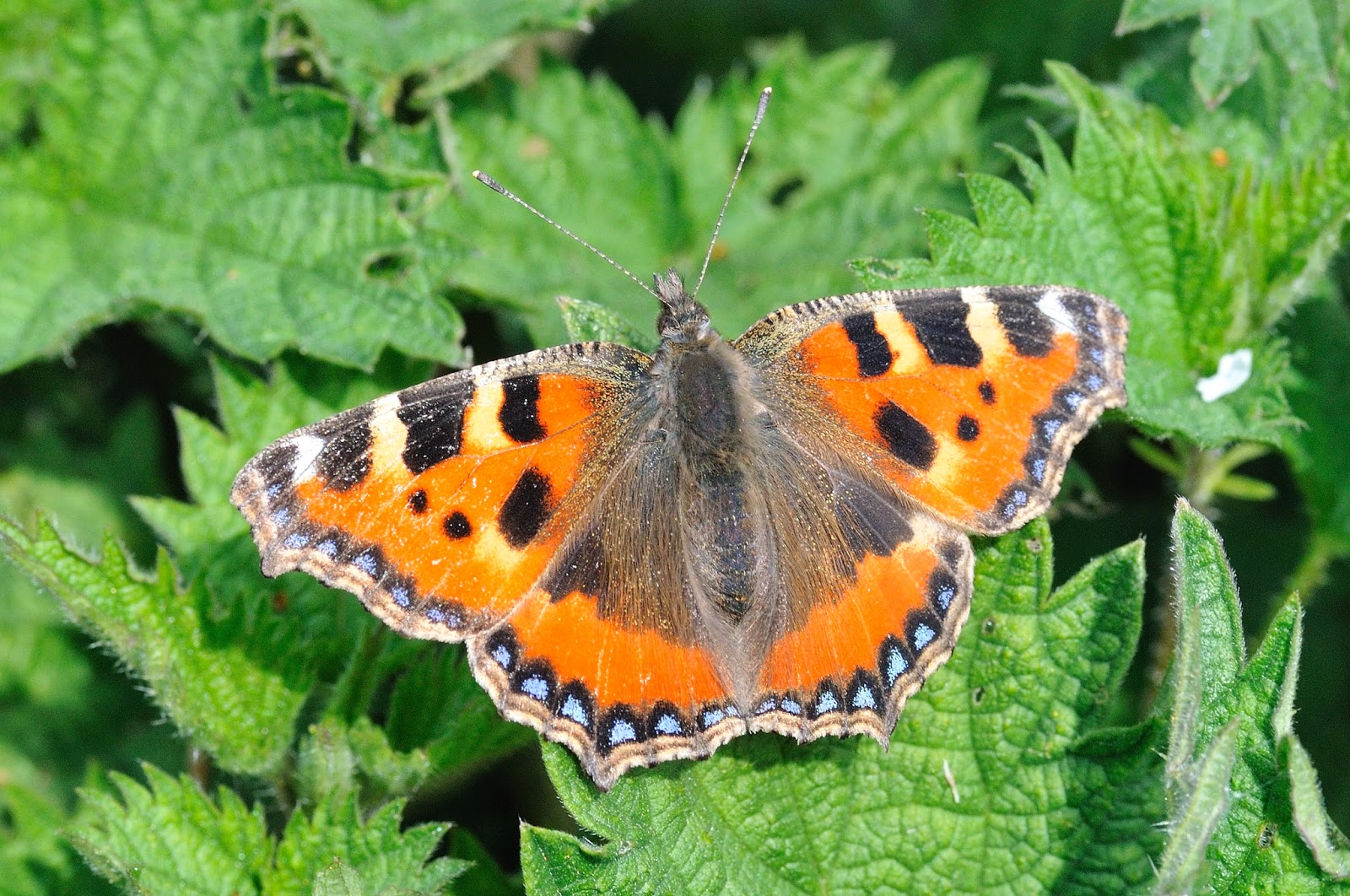 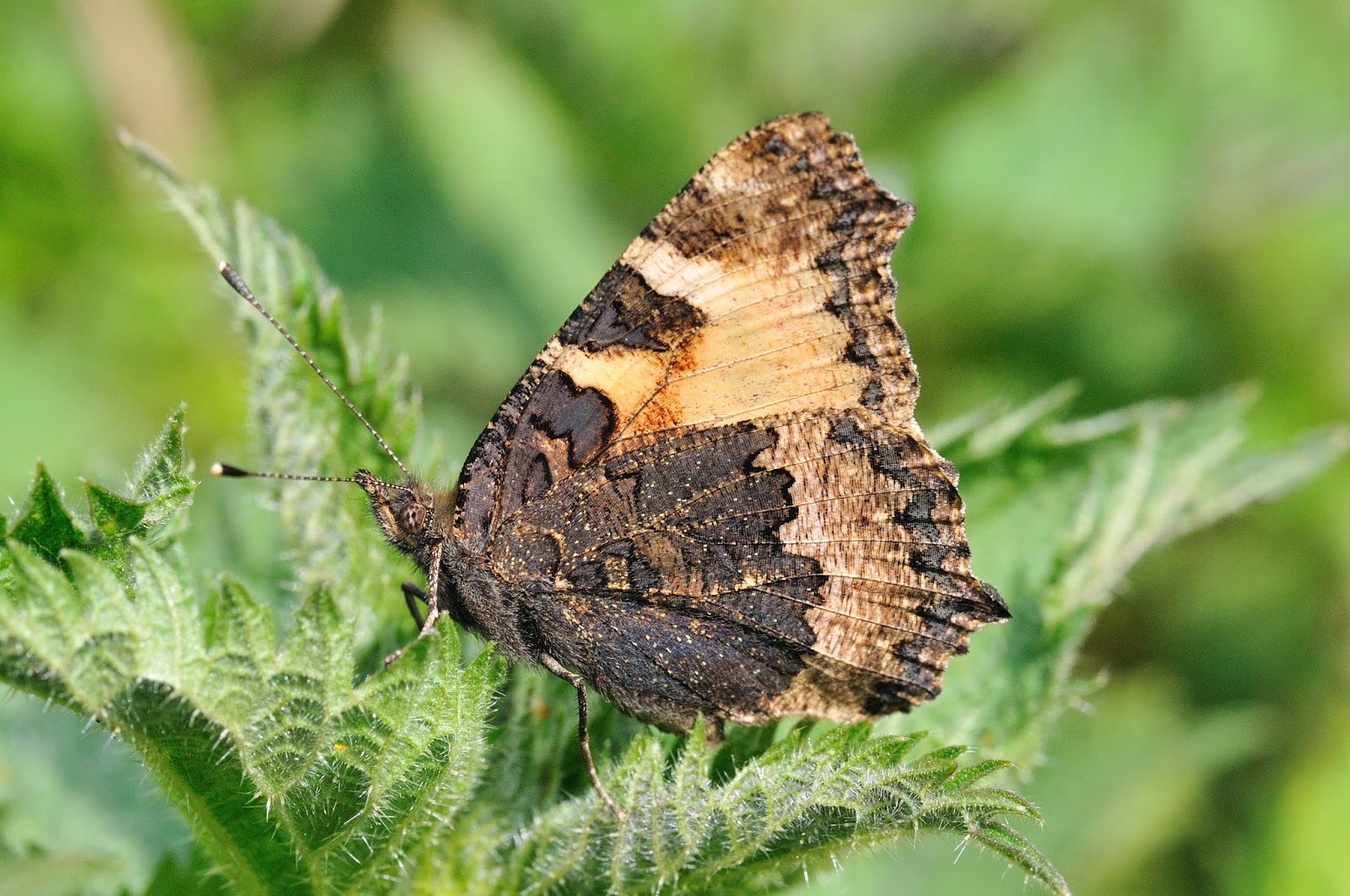 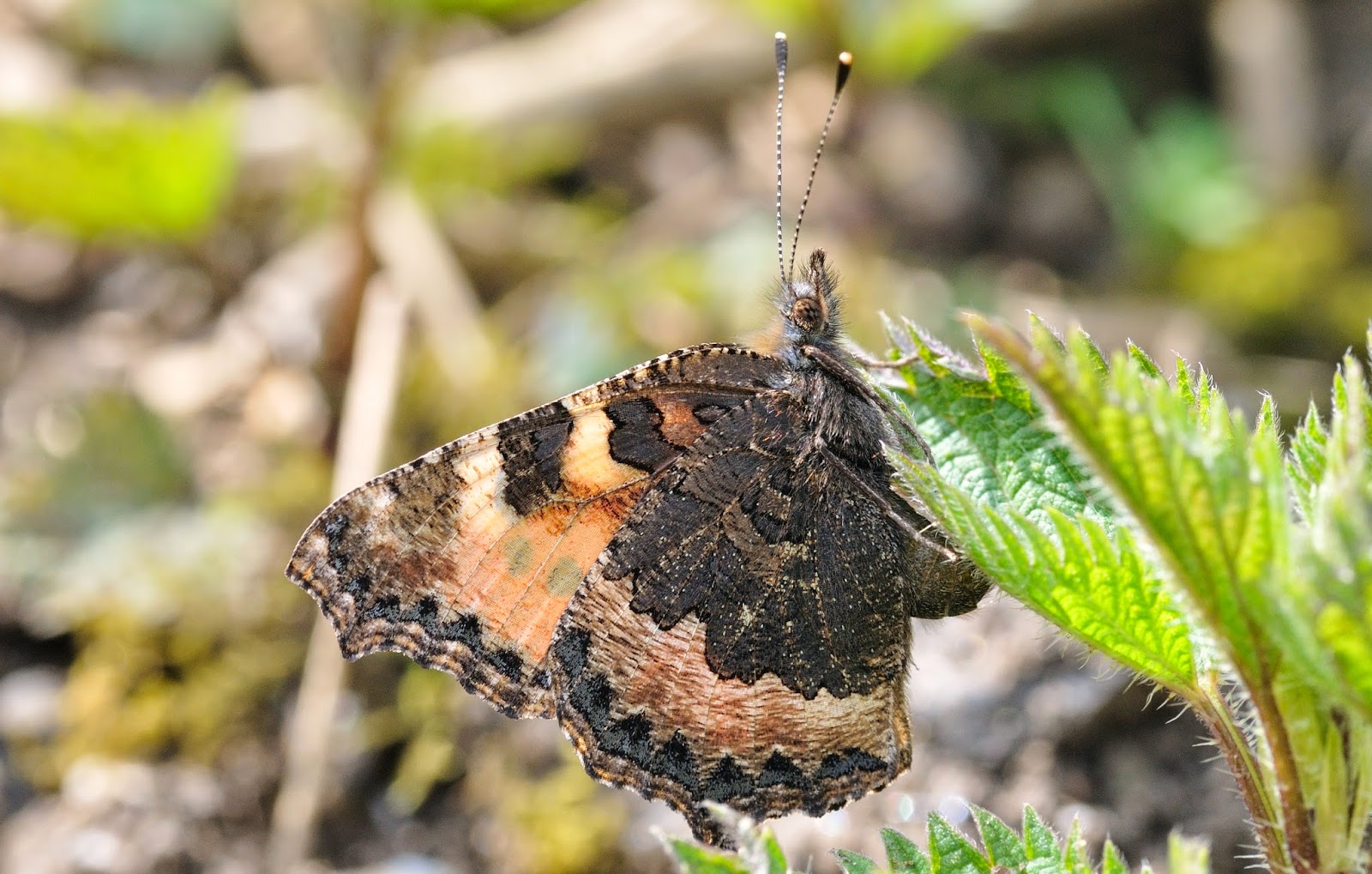 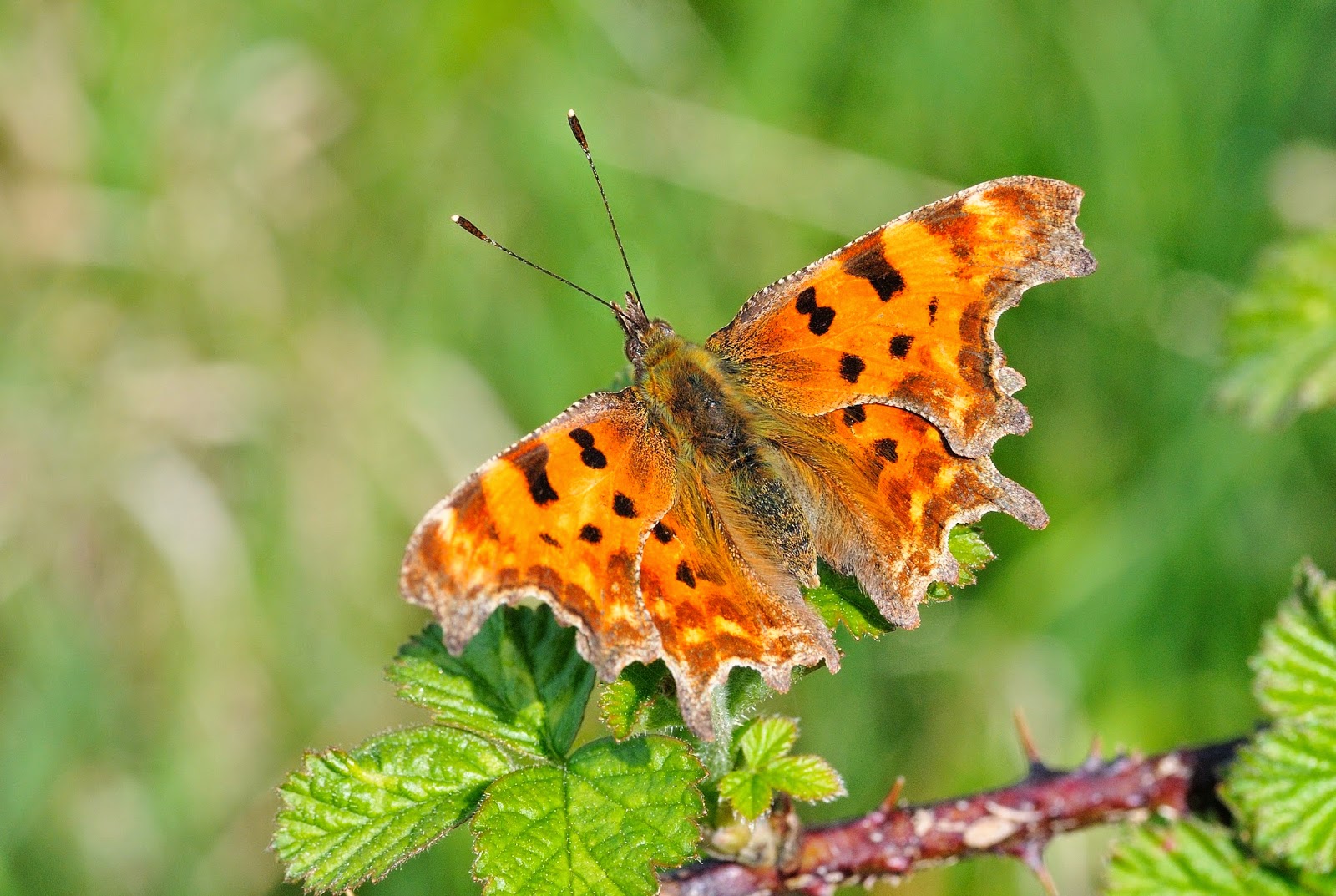 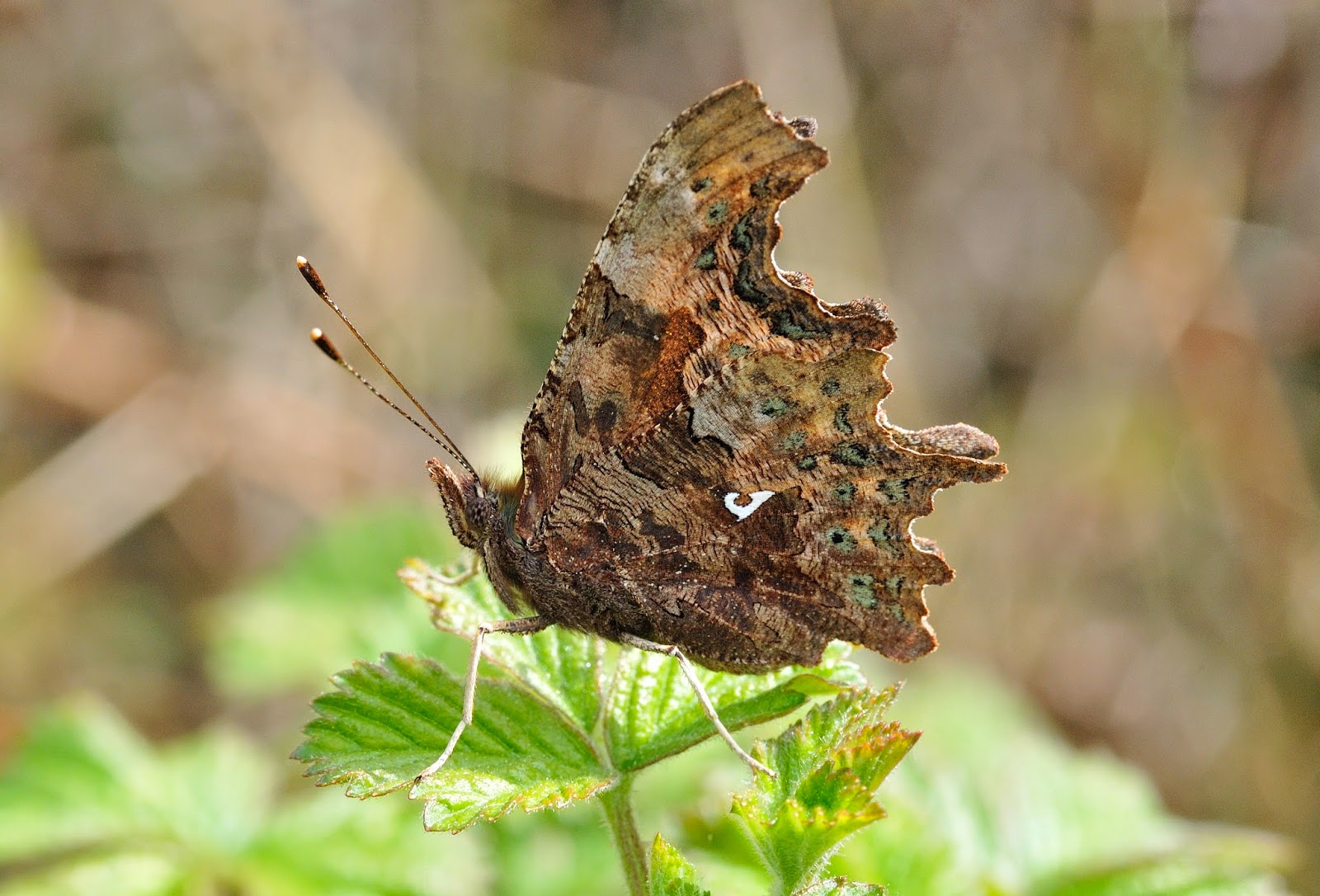 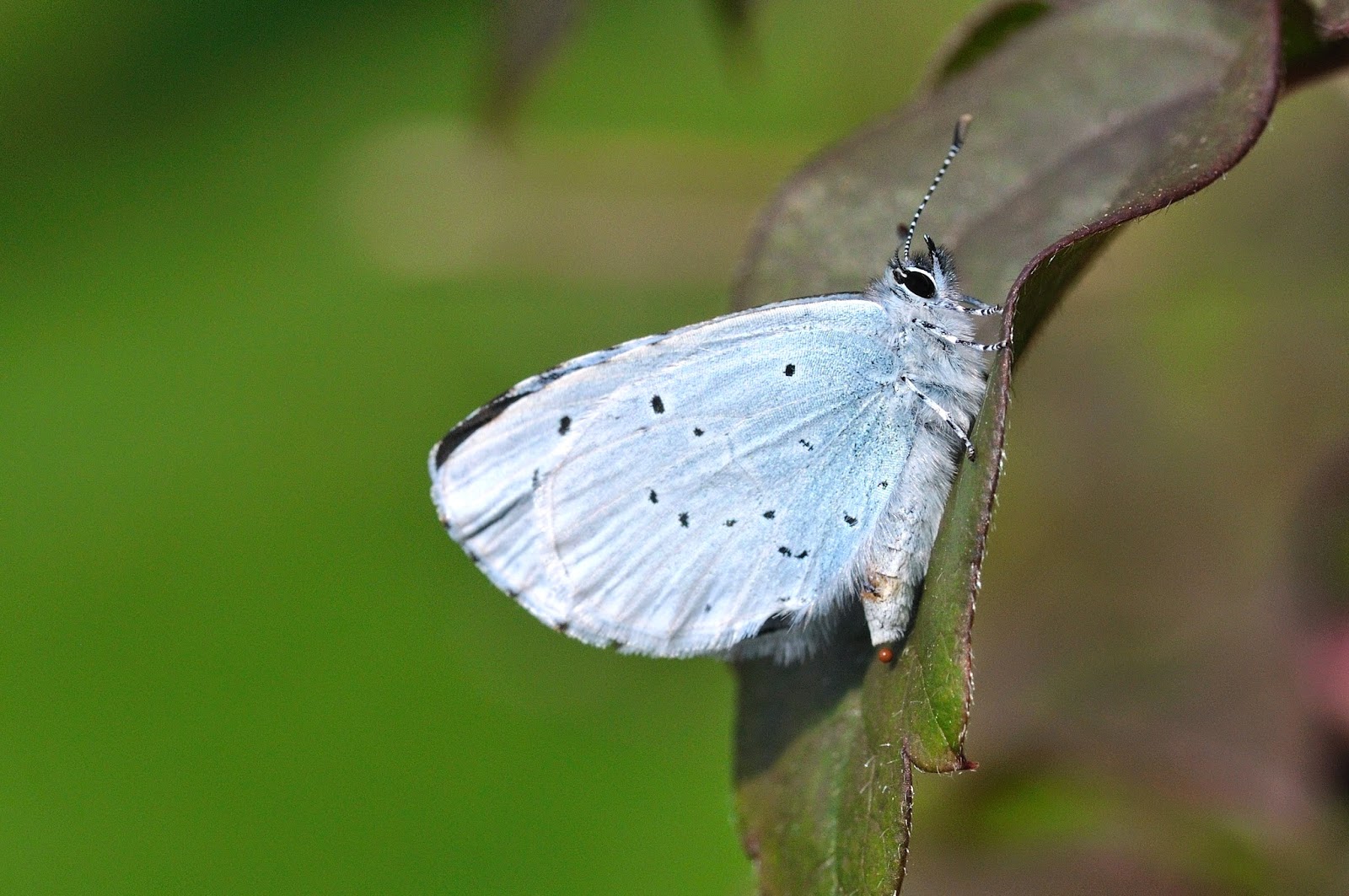 female Holly Blue
Posted by Bob Eade. at 17:50
Email ThisBlogThis!Share to TwitterShare to FacebookShare to Pinterest