With the weather being very poor today I decided in my small window of opportunity to once again look for some Wall Brown pupa. I have now spent a few hours this year looking for them with absolutely no luck, and today was much the same. I'm really glad that I found one 2 years ago, but I want another one!
I did find a couple of very small Emperor Moth larva as well as a tiny Wall Brown larva and a few large moth larva. With the back beginning to ache I decided I had had enough but with the Emperor larva as well as the female Emperor wing the other day on my mind I thought I would just look around the bushes in the very faint hope of seeing my first ever Emperor Moth. I was walking very slowly past a bush when I saw what I thought was a large leaf, I did a double take as amazingly it was a female Emperor Moth just sitting there in the dull damp conditions. Fortunately it did eventually brighten up just enough to get a few photos. Despite a little wing damage it was a fabulous sight and one which I thought I would never ever see. It just goes to show that it is always worth putting in the effort to get out there!! 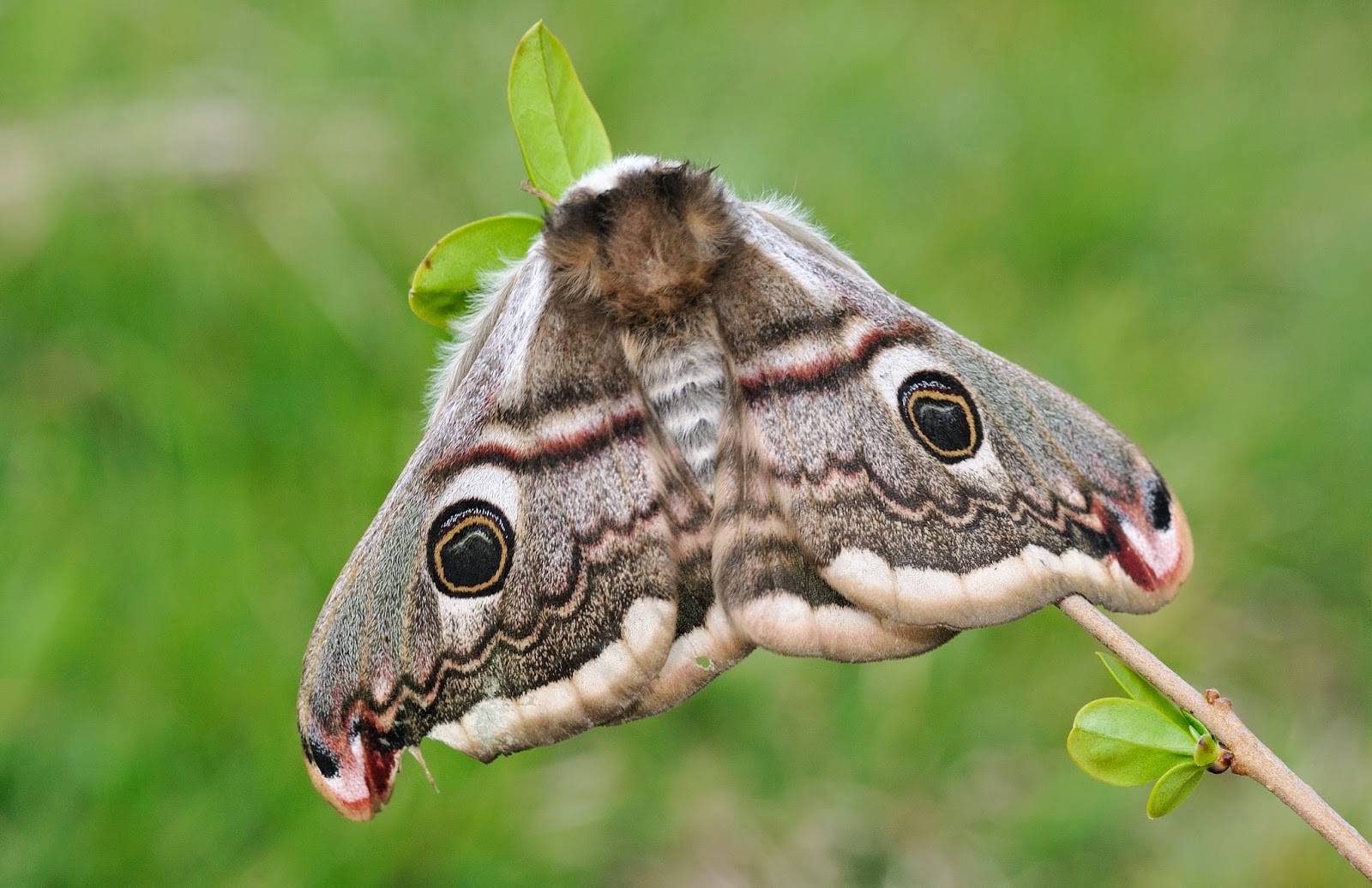 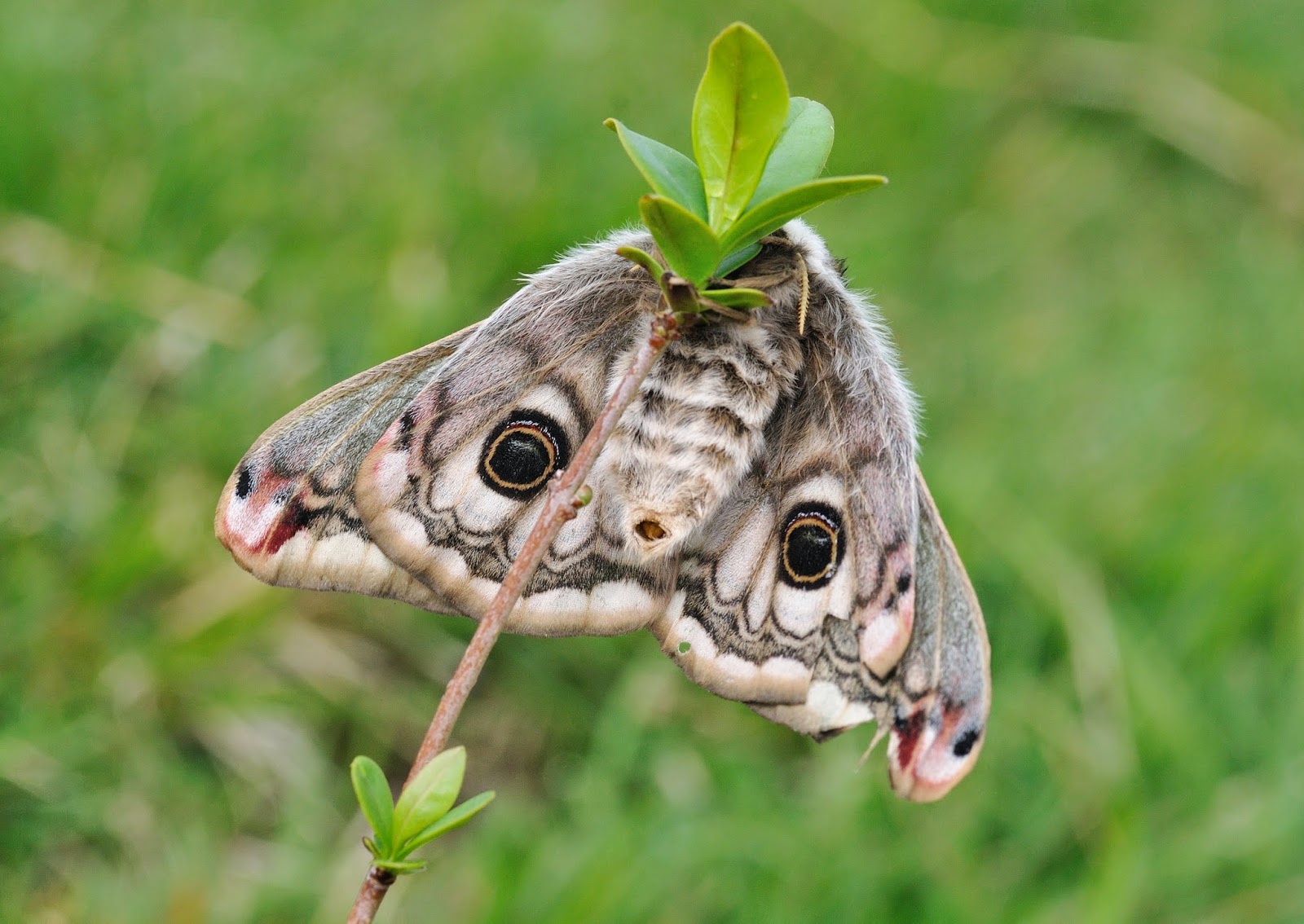 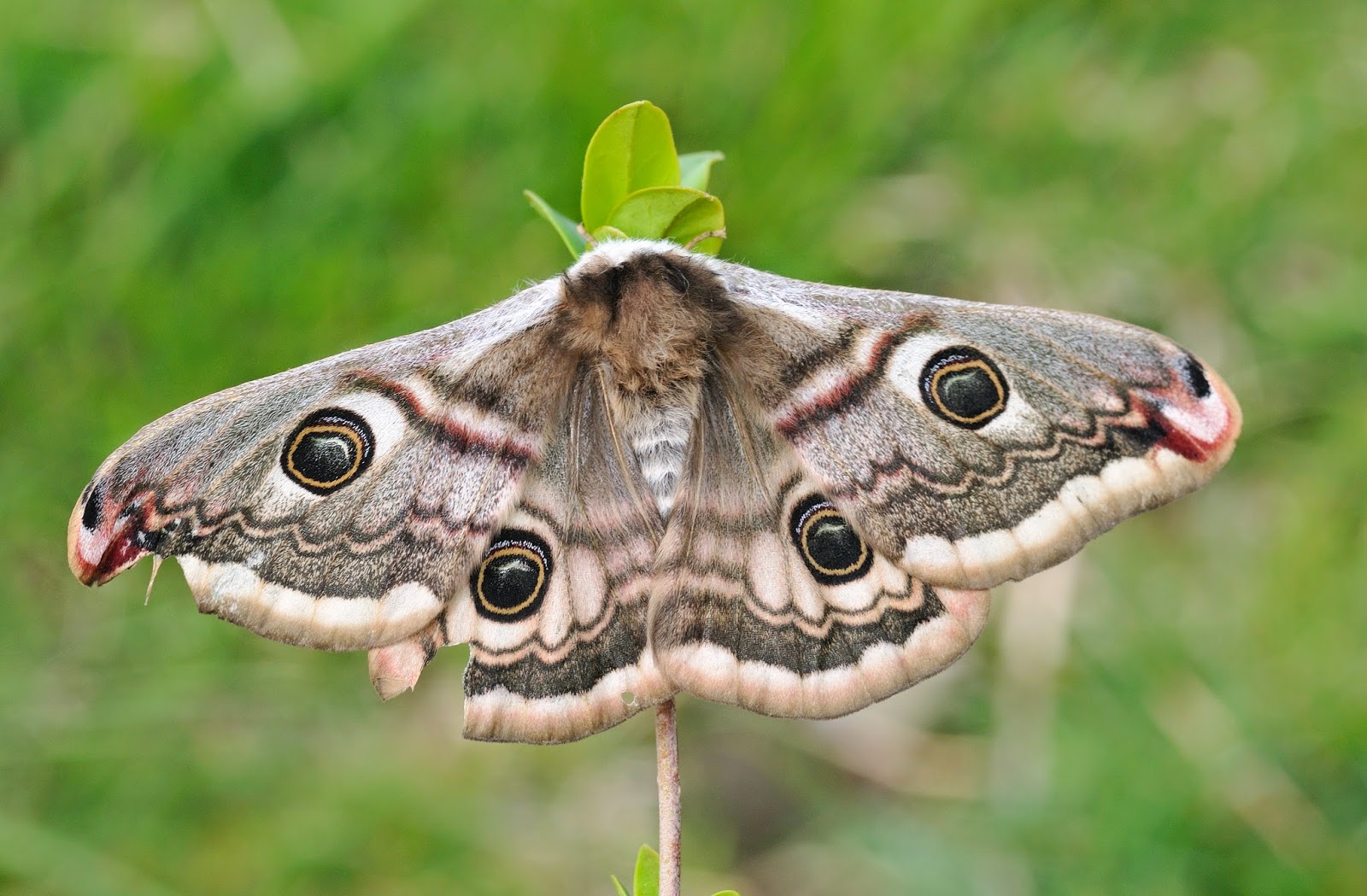 I also saw my first Swallow of the year today.